Getting to Know Birmingham 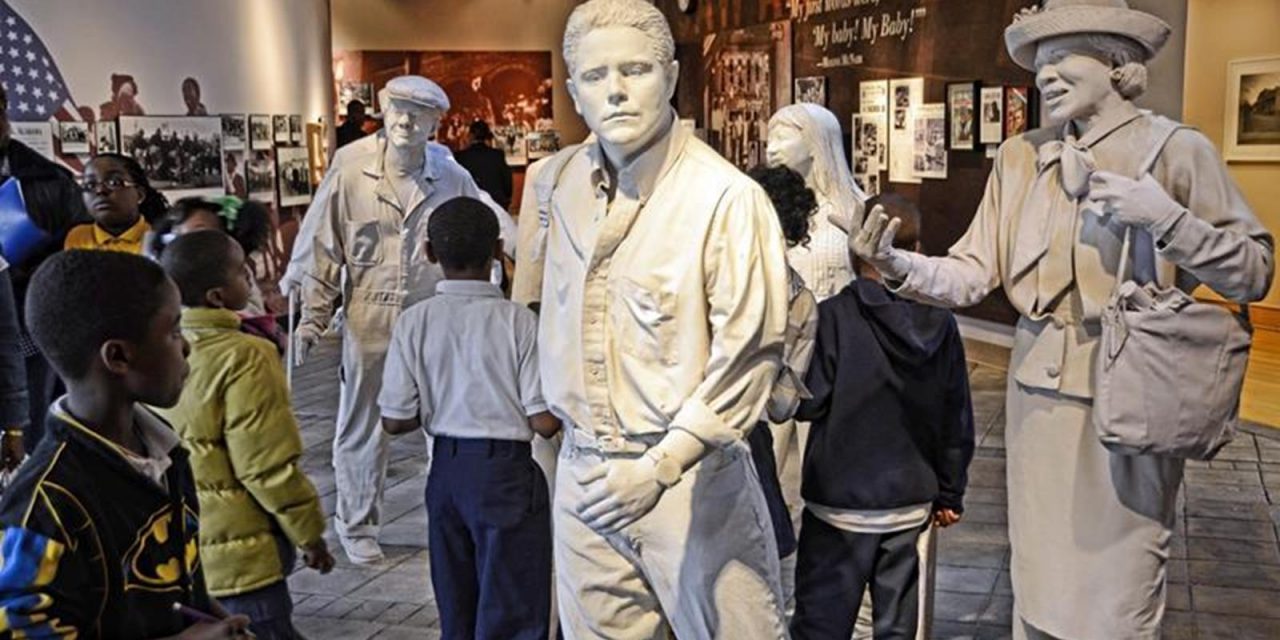 It may surprise that Birmingham was not founded until 1871 during the post-Civil War Reconstruction period. Named for a major industrial city in England, Birmingham rapidly grew as a railroad transportation center with a concentration on the iron and steel industry. The city’s rapid rise earned it the nicknames “Magic City” and “Pittsburgh of the South.”

In 1881 entrepreneur James Sloss capitalized on the abundance of limestone, coal and iron ore found in the area. The Sloss Furnaces began manufacturing iron a year later. The company continued production for almost 90 years. Sloss and other Birmingham magnates competed with the industrial north on the backs of cheap, non-unionized and African-American labor from rural Alabama. Through their hard work under demanding circumstances these men rebuilt the Southern economy and led America into the Industrial Revolution.

The Sloss Furnaces were designated a National Historical Landmark in 1981. Both guided and self-guided tours provide a humbling experience when the size and scope of the facility are realized. It’s a good place to begin a Birmingham experience

A visit to Vulcan Park and Museum on Red Mountain, another good introduction to Birmingham, offers a panoramic view of the surrounding area. Sitting atop a 124-foot pedestal is the 56-foot-tall Vulcan, the Roman god of the forge. Originally cast for the 1904 World’s Fair, Vulcan in 1939 found a permanent home in the park built during the Great Depression by the Works Progress Administration. Both indoor and outdoor exhibits share the area’s history and the story of Vulcan.

For a sense of the city’s history and culture, exploring the 1963 events that changed both a country and the world is a must for any Birmingham itinerary. It was a pivotal year in the American civil rights movement and Birmingham was in the forefront.

On the surface, segregated Birmingham began 1963 in a rather mundane manner. However, the embers that would spark the firestorm were in place. Alabama’s newly elected, segregationist governor, George Wallace, was giving his inauguration speech while at almost the same time black leaders from throughout the South gathered to plan how the segregationist ways of Birmingham could be stopped.

Veterans from the Montgomery Bus Boycott, Petersburg Improvement Association and Southern Christian Leadership Conference joined local leader Rev. Fred Shuttlesworth, who had been a victim of numerous attacks in his efforts to address racism. Dr. Martin Luther King and Rev. Andrew Young lent their expertise to the planning.

Over the course of 1963, they launched small-scale sit-ins, mass meetings in churches, boycotts of Birmingham businesses, demonstrations and large marches. The intent was to cripple the opposition to integration through publicity, economic boycott and filling jails that were not constructed to accommodate so many.

Their efforts were met with violence and arrests. On Good Friday, April 12, 1963, King, Shuttlesworth and Dr. Ralph Abernathy were arrested for leading a march that began at St. Paul United Methodist Church. King’s famous “Letter from Birmingham Jail,” addressed to white clergy, was in response to their opinion that segregation should be pursued through the courts. King’s response vindicated civil defiance. Throughout spring and summer the community and its leaders continued on their path to end injustices.

It was September 1963 that proved to be pivotal. The effort to integrate public schools was thwarted by Wallace, and President Kennedy ordered the Alabama National Guard mobilized.

Bombings of the homes of prominent blacks added to the city’s reputation, but the monumental event was the bombing of the Sixteenth Street Baptist Church, Birmingham’s oldest black church. Amidst the devastation on that horrible day the lives of four young black girls, ages 11-14, were lost. The 1963 Birmingham tragedies and the outrage they caused partly are credited for the passage of the 1964 Civil Rights Act. 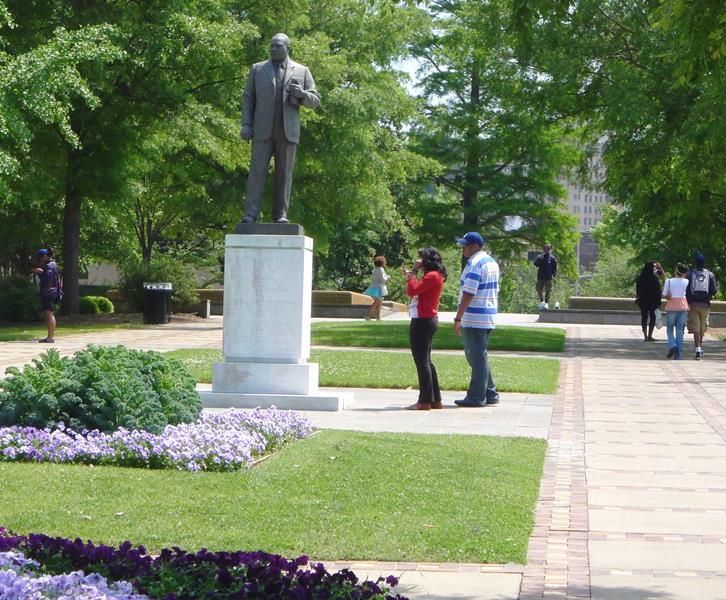 In downtown’s Civil Rights District, the Birmingham Civil Rights Institute tells both the local community’s story and the history of the civil rights movement. The Barriers Gallery shows the inequality of segregation through 1954. In the Confrontation Gallery visitors hear words spoken behind closed doors and wonder if that could have been their voice. The Movement Gallery showcases events from 1954 through 1963. The Milestone Gallery and Human Rights Gallery have intriguing stories to tell. Named for Birmingham’s first African-American mayor, the Richard Arrington, Jr. Resource Gallery contains a host of historical information.

Across the street from the Institute, Kelly Ingram Park was ground zero in the battle for equality. This was the gathering point for peaceful protesters. They were met by violence. Vicious attack dogs, high-powered water cannons, clubs, fists and jail awaited the demonstrators.

Guided by an audio walking tour, park visitors are taken to nine monuments recognizing the participants of the 1963 events. The foot soldiers, the ministers and the children’s crusade are each recognized. A reflecting pool represents the peace earned, and memorials to leading Alabama African-Americans are prominent. Special recognition is given to Fred Shuttlesworth and Martin Luther King. 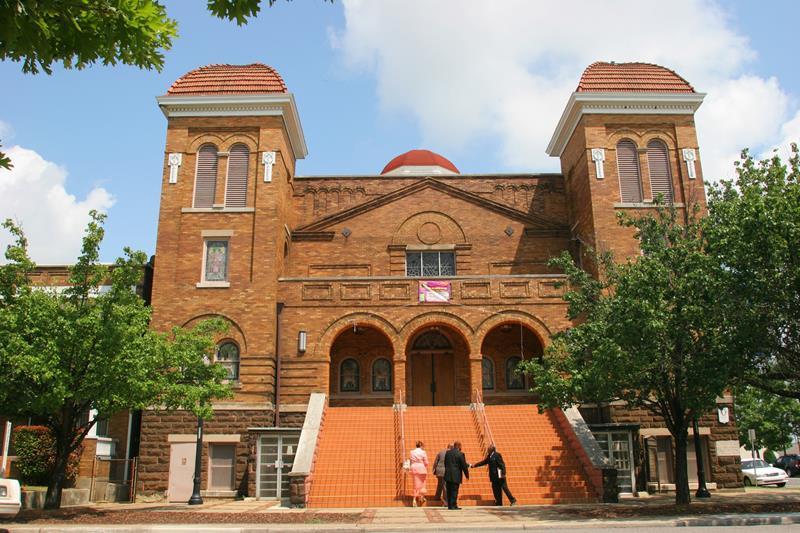 Diagonally across the street from Kelly Ingram Park sits the Sixteenth Street Baptist Church, one of the most historically significant sites in the nation. Serving Birmingham since 1873, the church is still a place of worship and a center of community life. In 1963 due to its prominence in the community and proximity to Birmingham’s downtown, the church served as headquarters for mass meetings. Visitors are welcome, and guides are always close to answer questions, but the preference of most visitors is to quietly reflect on the significance of the events. Do take time to watch the informative video and observe the large stained glass window in the balcony of the church front. The image of a black crucified Christ was a gift from the people of Wales.

The nearby Fourth Avenue Business District offers a gathering of black and minority-owned businesses that service customers of all races. At the Alabama Jazz Hall of Fame, musician and only living member of the Hall, Frank “Doc” Adams, may just take you on a personal tour and play some of that clarinet reminiscent of his time with the Duke Ellington Orchestra.

The Embassy Suites-Birmingham offers a “Birmingham Civil Rights” package. A portion of the room revenue is given back to the city for educational projects relating to civil rights history.

With time left for shopping, a visit to The Outlet Shops of Grand River is a must. Located just minutes from Birmingham, The Shops welcome groups. Tours of 15 or more receive a complimentary VIP discount book, a goody bag for the group and a food voucher for the driver. From the most popular accessories and footwear to men’s & women’s apparel and specialty items, the stores offer some of the best values in the area.

To begin planning your Birmingham adventure, including a visit to the Red Mountain Park and Zip Line and the McWane Science Center and IMAX, log onto birminghamal.org.