Fargo: More Than Just a Slice of Hollywood 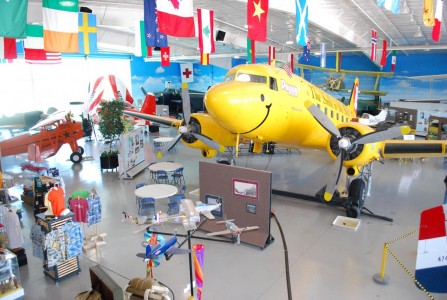 Movie and TV fans have their own vision of Fargo, but this North Dakota city on the Minnesota border has plenty to offer tour groups, from museums to a variety of entertainment and dining options.

You’ve most likely heard of Fargo either from the 1996 film or the new dark comedy-drama television series that just premiered in April. With the coming of this new TV show, the city is a hot destination these days! One of the area’s most popular photo spots is The Woodchipper, featuring the original movie prop complete with bomber hats and a fake leg. There are a lot of tributes to the movie in the Fargo-Moorhead area, but also many other things to see and do.

What Can We Do?

Here are some must-sees and popular activities in Fargo and neighboring Moorhead, Minnesota:

Fargo’s Red River Zoo is home to more than 300 animals of 75 species. The zoo also features petting areas and a 1928 restored carousel. 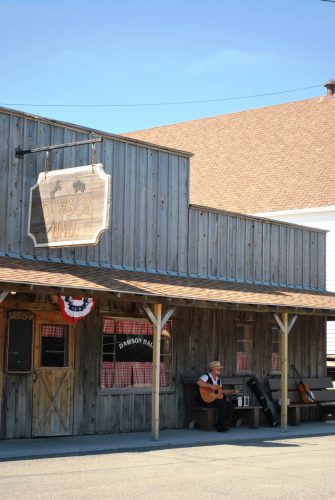 Bonanzaville, USA is the region’s largest historical attraction. Located in West Fargo, it sits on 12 acres and showcases thousands of artifacts. The pioneer village (open May to October) features 43 historic buildings and museums including Eugene Dahl Car Museum, Eagle Air Museum, Tractor Museum and Law Enforcement Museum. The Cass County Museum (open year round) has a display on Native Americans of the Red River Valley, bonanza farms and homesteading, and the modernization of North Dakota.

At the Fargo Air Museum, most of the planes on display actually fly. Climb into a Huey helicopter, take a seat in the cockpit or sign up for a test flight in the Frasca simulator. The museum also features the N.D. Wall of Aces, Century of Aviation Wall, an airplane restoration area, rotating exhibits and an aviation gift shop.

In Moorhead, the Viking Ship Hjemkomst resides at the Hjemkomst Center. It was built by Robert Asp, who sailed it to Norway. the land of his ancestors. Photographs, recordings and an award-winning documentary chronicle the construction of the 76-foot, hand-built Viking ship and its 6,000-mile voyage across the Atlantic in 1982. 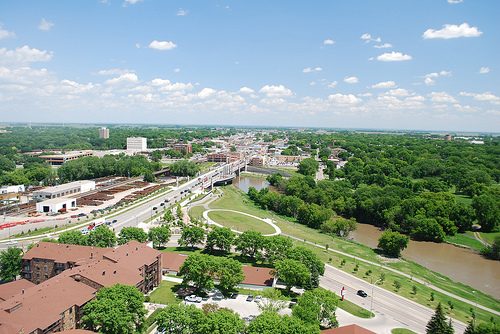 S.S. Ruby Red River Tours allow your group to explore the history, geography and wildlife of the Red River via pontoon boats, canoes or kayaks.

The Maury Wills Museum, dedicated the former National League Most Valuable Player and Los Angeles Dodgers star Maury Wills, is located in Fargo on the ground floor of Newman Outdoor Field, home of the minor league RedHawks. Wills was the first player to steal more than 100 bases in a season (with 104 in 1962) and led the league in stolen bases every year from 1960 to 1965.

The Roger Maris Museum, located in West Acres Mall, showcases the career of the Yankee outfielder from Fargo. Maris is best known for hitting 61 home runs in 1961. His 61 in ’61 set a new major league record, breaking Babe Ruth’s record of 60.

Where Can We Eat?

Fargo-Moorhead has more than 350 restaurants. If you’d prefer to dine in downtown Fargo, VIP Room offers a weekly lunch menu and appointment-based private dinner. Taste of Italy opens for dinner and can seat up to 100. Other group-friendly restaurants outside of the downtown area include Doolittles Woodﬁre Grill), Marlin’s Family Restaurant, Space Aliens Grill & Bar and Speak Easy.

Where Can We Shop?

Many attractions offer gift shops and there are several boutiques in Fargo. But if you’re looking for some serious shopping, go to the Moorhead Center Mall; there is no tax on clothes and shoes in Minnesota. Fargo’s Scheels All Sports Store is one of the world’s largest sports stores with 196,000 square feet of retail shopping, a 45-foot Ferris wheel, and several interactive games and displays. West Acres Mall in Fargo is the region’s largest shopping center and home to the Roger Maris Museum.

Where Can We Stay?

Fargo-Moorhead has more than 50 lodging options, including motels, hotels, lodges and suites. If you want to stay in downtown Fargo, check out Hotel Donaldson or Radisson Hotel Fargo.