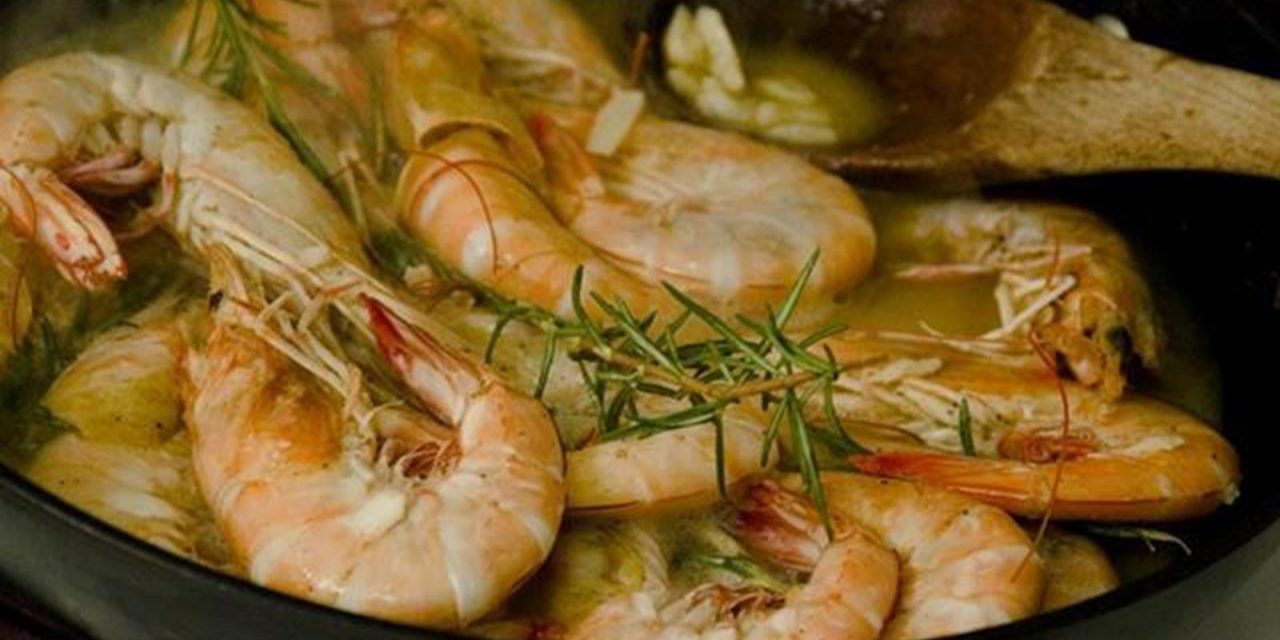 The tailgating at Tiger Stadium is legendary. Southern University of the Southwestern Athletic Conference is also a local favorite and enjoys great fan support.

The history of Louisiana politics on display in the state capital may be as entertaining as a Saturday evening football game. Huey Long’s political career, as governor and later U.S. senator, was filled with accomplishments and criticisms. The good folks of Louisiana seemed to either love him or despise him.

Although football is alive and well in Baton Rouge and surely there are a few political characters (each state has some), there is so much more to this warm and inviting city. The attractions are varied, entertaining and educational, and since this is Louisiana, you can expect a dining experience. So, let’s “Geaux Visit Baton Rouge.”

The place to begin any visit to Louisiana’s capital city is the Capitol Park Museum. The first floor gallery, “Grounds for Greatness: Louisiana and the Nation,” introduces the visitor to Louisiana’s history. The exhibits shed light on the Louisiana Purchase in 1805, the Battle of New Orleans, and the importance of the Mississippi River, aquaculture and agriculture to the state’s economic development. Slavery and civil rights are both addressed. The contributions of Louis Armstrong and Huey P. Long are found in the “Grounds for Greatness” gallery.

The museum’s second-level gallery, “Experiencing Louisiana: Discovering the Soul of America,” focuses on the state’s culture, taking the visitor on an entertaining road trip through three distinct regions. The colorful traditions, including distinctive foods, of Southeast, North and Southwest Louisiana are part of this imaginary tour. Tap your feet to Louisiana music at five listening stations and discover that Mardi Gras is celebrated not only in New Orleans, but in Baton Rouge and other towns.

The Capitol Park Museum is just one of a dozen stops on the Louisiana State Capitol grounds. Be certain to include a visit to the Louisiana State Capitol building. As the tale goes, in 1931 Gov. Huey Long commissioned the building of the tallest state capitol building in the nation. (He was angry at attempts to impeach him in the old capitol building.) Curiously, this very structure was the site of then Sen. Long’s assassination. A bullet hole from the assassination is visible, as is a large splinter lodged in the ceiling of the Senate chamber from a 1970 bombing.

Long’s grave, formal gardens, the Louisiana State Library and the former LSU campus, along with a welcome center and other historical attractions, are all part of Capitol Park. A trolley service operates Monday through Friday from 10:30 a.m. to 2:30 p.m. with stops at each attraction.

Close to Capitol Park in downtown Baton Rouge, more history awaits. The Old Governor’s Mansion, built in 1930 by Huey Long, has served as a residence for nine governors and their families. Huey’s brother, Earl, might have been the flashiest governor. Known for frolicking with dancer Blaze Starr, he apparently wanted to match his brother’s escapades. 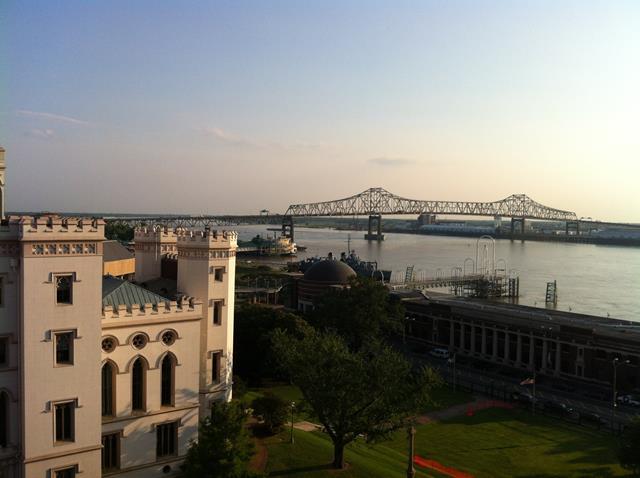 A must stop is Louisiana’s Old State Capitol. Its castle-like Gothic architecture has withstood 160 years of war, fire, desertion, and a fair share of scandal and gossip. The 12-minute film “Ghost of the Castle” is captivating. The Huey Long gallery will beg you to join the debate regarding his assassination.

Nearby on the banks of the Mississippi, the USS Kidd serves as the cornerstone of the Veterans Memorial & Museum. The WWII Fletcher class destroyer was known as the “Pirate of the Pacific.” The museum features the largest display of model ships in the South. The memorial serves to honor the service of all our veterans. Also located on the river is the Louisiana Art & Science Museum, housed in a historic railroad depot, where highlights include planetarium sky shows and an ancient Egypt gallery.

For a glimpse into French Creole life before the Civil War, visit Magnolia Mound Plantation, near downtown. The house reflects the period with furniture and accessories mostly built by Louisiana craftsmen. The open-hearth, outdoor kitchen features vintage utensils from reflector ovens to waffle irons. Magnolia Mound offers regularly scheduled cooking seminars. An event shelter ideal for workshops and catered meals is located on the grounds. 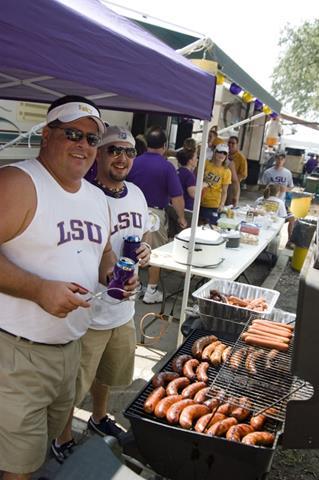 The LSU Rural Life Museum provides insight into 19th century agriculture. It includes cabins, slave quarters, a store, tools and a lovely quilt collection. Take time to stroll through tranquil Windrush Gardens, a semi-formal garden that duplicates the natural Louisiana landscape. The museum is a great setting for either a box lunch or evening meal.

A nice complement to the gardens is Bluebonnet Swamp Nature Center. On 1.3 miles of walking trails, visitors get a close-up look at a cypress swamp and magnolia-beech forest. A large nature center tells the story of the swamp.

With Baton Rouge’s history of Spanish, French, British, American, Cajun and Creole, it’s no wonder that the community is considered a melting pot of flavors. It’s only fitting that the Louisiana Culinary Institute would choose the city for its facility. In addition to training aspiring chefs in culinary and pastry arts, the school opens its doors to scheduled demonstrations and hands-on cooking classes.

Some groups may find a visit to the Louisiana State Penitentiary Museum at Angola of interest. Yes, that Angola which in the 1960s had a reputation as the “Bloodiest Prison in the South.” The museum tells the story from the penitentiary’s earliest days to its present as a model facility.

Between Baton Rouge and New Orleans on the banks of the Mississippi River is the National Hansen’s Disease Museum. An abandoned plantation became the Louisiana Leper Home in 1894, one of two in the U.S. Operated by physicians from the National Public Health Services and Daughters of Charity, the facility officially closed in 1999.

The sightseeing possibilities in Baton Rouge and beyond are endless, making this part of Louisiana a prime spot for group tours. Start planning your next itinerary today at visitbatonrouge.com.