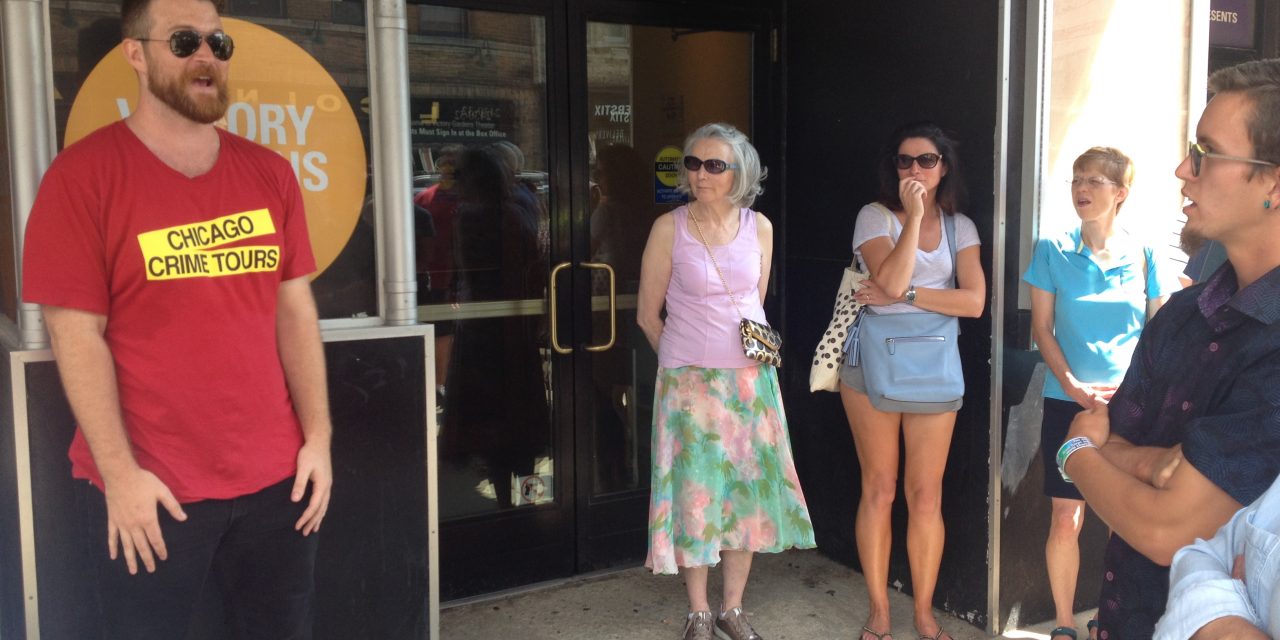 Stroll through the eerie, abandoned alleyway where John Dillinger was killed or gaze at Al Capone’s favorite speakeasy hangouts with Chicago Crime Tours.

Established in 1837, the Windy City became a crime hub only three short years later and was home to some of the biggest criminals and gangsters known worldwide. Chicago’s cloud-kissing skyscrapers illuminated the streets that these criminals called home through decades filled with corruption, deception and fear.

Chicago Crime Tours takes its visitors on a 90-minute bus tour, stopping at some of the most well-known crime scenes in Chicago’s history. Our 36-seat, air-conditioned bus was completely full with out-of-state tourists, foreigners and Chicagoans alike. As we stepped onto the bus, sounds of Frank Sinatra’s “Chicago” resonated in the background, providing an authentic Chicago-themed atmosphere.

With a lifelong interest in Prohibition Era mobster history, senior tour guide Jade Landry has been hosting Chicago Crime Tours since June 2014 and, as a theater performance major, provided us with a comical and theatrical take on Chicago’s crime history. 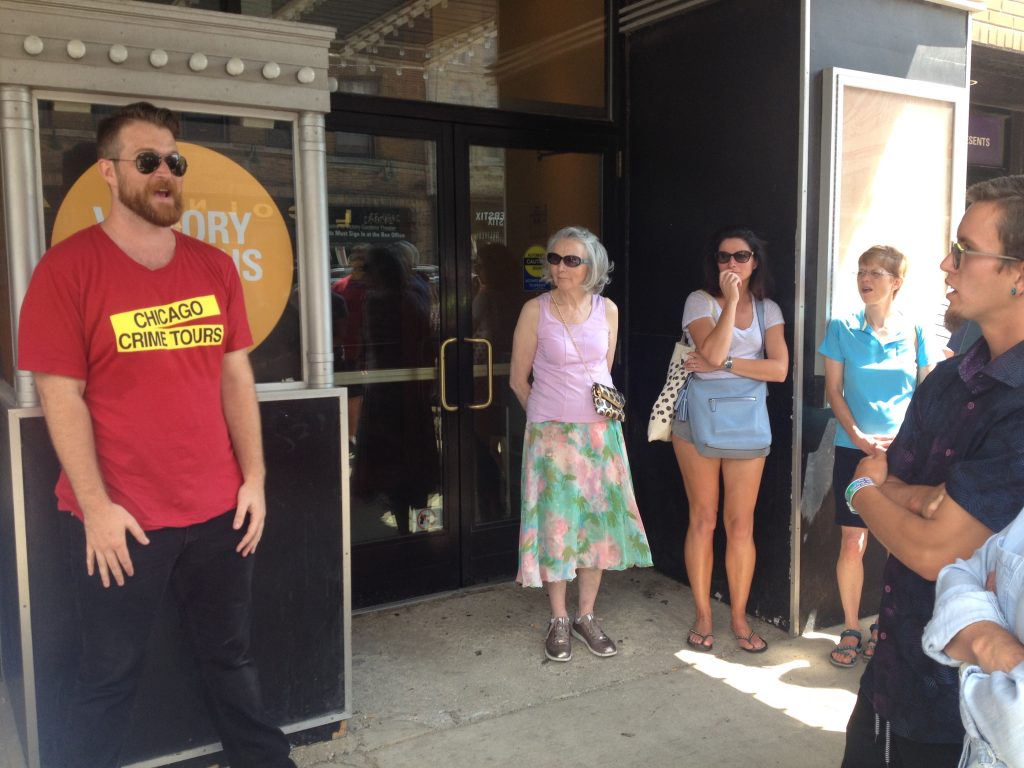 “For me, leading a tour group came naturally. It’s a great job and I love meeting new people,” Landry said.

The tour began with some basic Chicago history, as we passed preeminent Chicago architecture such as Water Tower Place and the John Hancock Center.

John Dillinger and the ‘Lady in Red’

While our bus weaved through the traffic-filled streets of Chicago, Landry went on to explain some history about John Dillinger, what his childhood was like and how he eventually became Public Enemy No.1 for robbing over a dozen banks.

The bus then made its first stop at the Biograph Theater, where FBI agent Melvin Purvis shot and killed John Dillinger on July 22, 1934.

Purvis was able to track down Dillinger based on a tip from brothel owner Anna Sage, better known as the “Lady in Red,” who told Purvis when Dillinger would be exiting the theater. 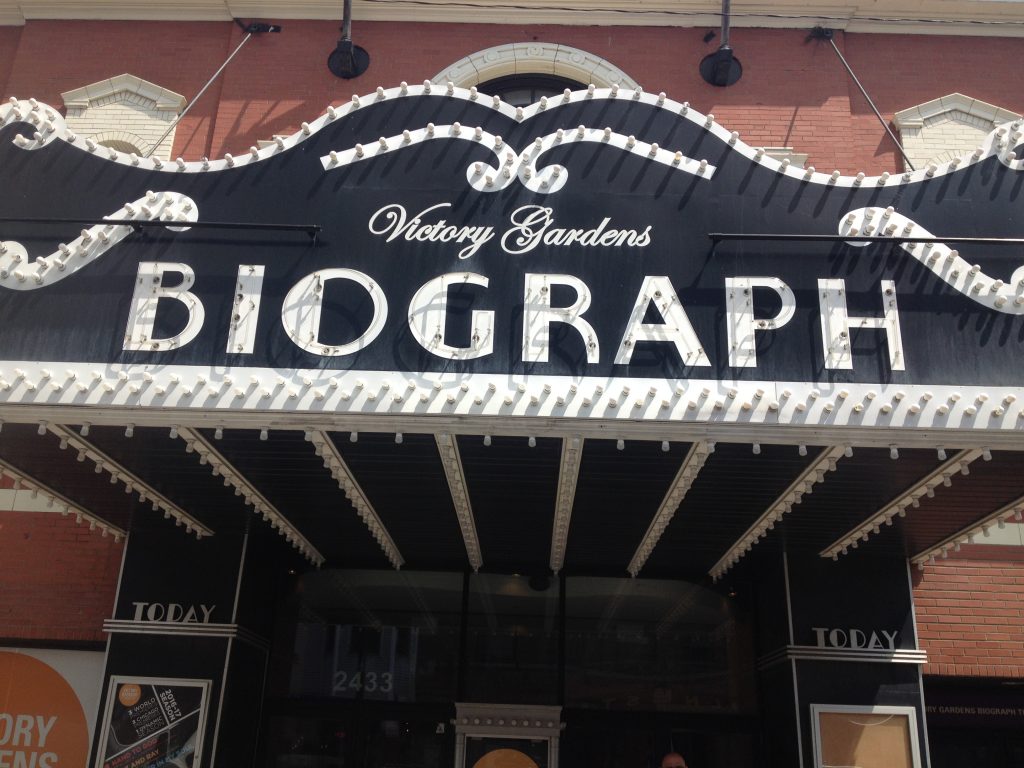 Landry explained that when Purvis shot Dillinger, people rushed his body and began ripping buttons off his jacket and dabbing his blood with their handkerchiefs in hopes that these souvenirs would be worth something.

The theater’s original marquee from the day Dillinger was shot remains.

Possibly the most anticipated event of the crime tour was the backstory of Al Capone, his gang jurisdictions throughout Chicago and the legendary St. Valentine’s Day Massacre location.

The bus passed by two of Al Capone’s favorite speakeasies, one of which was disguised by a Chinese restaurant and owned by a former Chicago police officer. 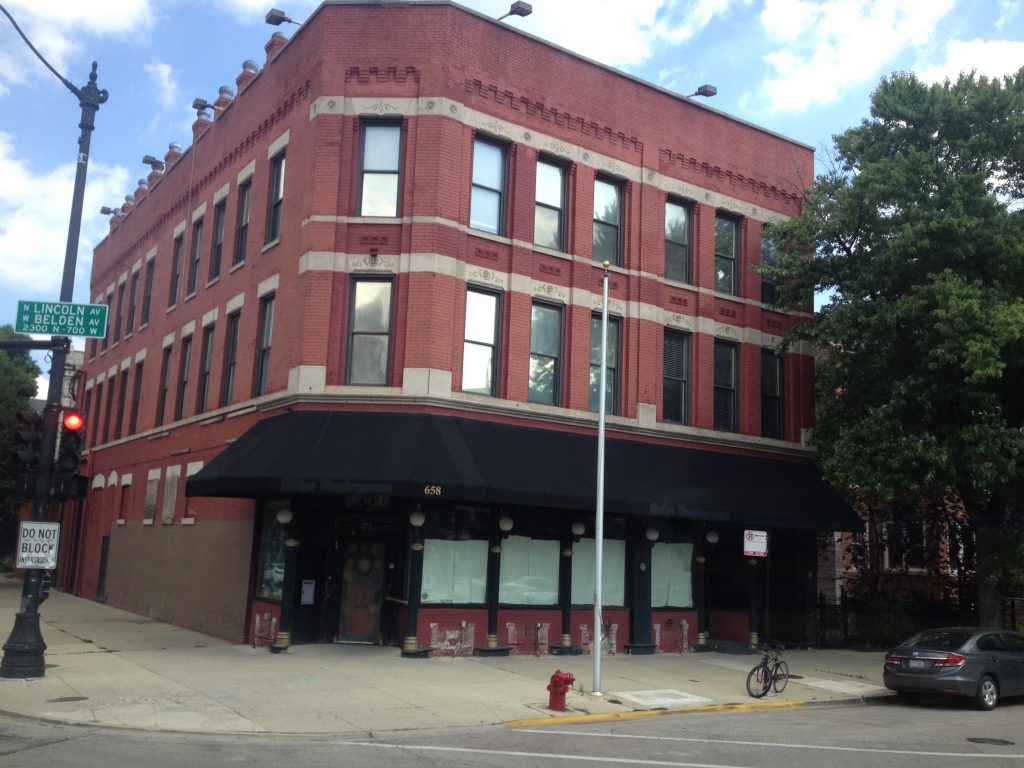 “This man fought crime by day and committed crime by night,” Landry joked.

The tour then took a brief stop at 2122 N. Clark St., the garage where the St. Valentine’s Day Massacre occurred, a deadly shooting of seven rival North Side Irish gang members. Because Chicago is not proud of its criminal history, the building was demolished in 1967. Despite this, the original brown pillars from the adjacent building are still standing and can be seen on the tour.

In the early ᾽80s, a Walgreens drugstore was the site for what is known today as the “1982 Tylenol Scare,” a series of poisoning deaths resulting from drug tampering. According to Landry, a woman was said to have “died before she hit the floor” after taking Tylenol laced with potassium cyanide.

In 1991, two Rock N’ Roll McDonald’s staffers were part of a drug raid for selling illegal substances through the drive-thru of this famous Chicago fast-food location, once the busiest McDonald’s in the world.

In the ᾽30s and ᾽40s, the now family-friendly Harry Caray’s Italian Steakhouse was once a hub for one of Al Capone’s most notorious gang members, Frank “The Enforcer” Nitty. 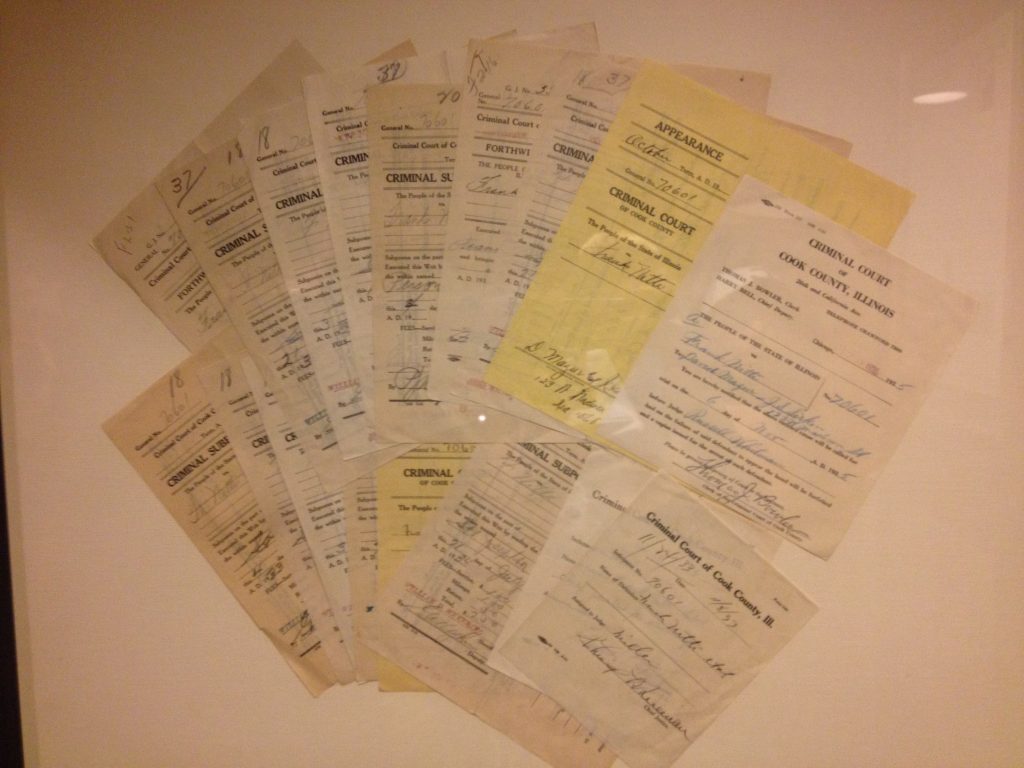 Located in the basement of the famous steakhouse lies Frank Nitti’s Vault, a recently discovered mobster goldmine of artifacts including a phonebook containing contact information for numerous alleged Chicago gangsters, a three-door safe from the early 1900s, tunnels, secret rooms, original newspaper articles and photographs depicting the crimes of Chicago gangsters. The tour allows attendees to hop off the bus and explore Nitti’s fault.

The last stop on Chicago Crime Tours was Holy Name Cathedral, the site where Al Capone’s most loathed rival, Hymie Weiss, was assassinated.

On the day of his murder, Weiss allegedly took a dozen bullets, one of which created a crater on the outer structure of the cathedral that can still be seen today.

Chicago Crime Tours offers audiences an inimitable depiction of the Windy City and its notorious criminal history throughout the years. 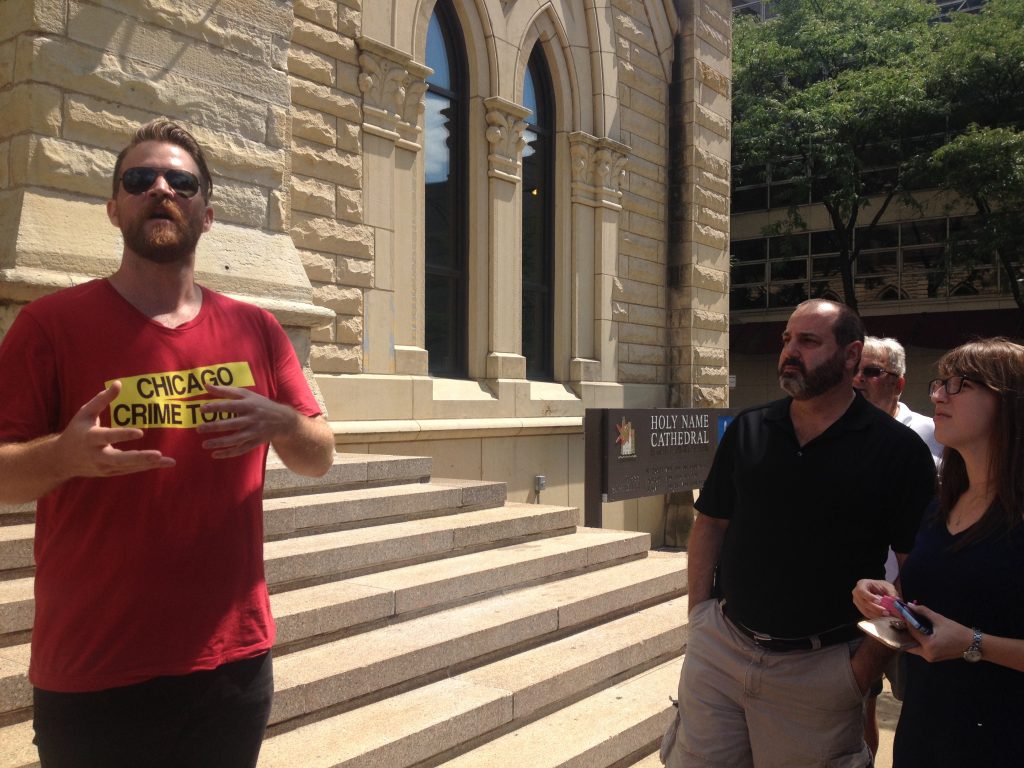 “It was a great way to understand the prevalent history and crime of Chicago that is globally known,” tour member Ann Marie O’Brien said.