Cozy Iowa Town Offers Peek into the Past

LeClaire’s chief claim to fame has always been its ties to William F. “Buffalo Bill” Cody, but there’s much more to this quaint, hilly town just off I-80, north of Bettendorf, Iowa. 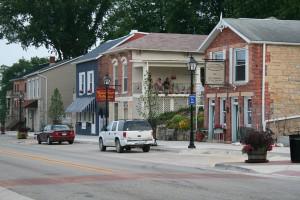 Buffalo Bill, the bearded Indian scout, Pony Express rider, marksman, buffalo hunter and creator of the Wild West show that toured the world, was America’s first superstar. But many visitors today are drawn to LeClaire for a possible sighting of current celebrities Frank Fritz and Mike Wolfe, co-stars of cable TV’s History Channel show “American Pickers.” The show follows Fritz, of Davenport, Iowa, and Wolfe, a LeClaire resident, as they travel the country looking for antiques and collectibles in barns, garages, junkyards, basements and attics. Wolfe runs Antique Archaeology, a LeClaire shop that attracts fans of the show. American Pickers Weekend, an annual festival, is held in June. 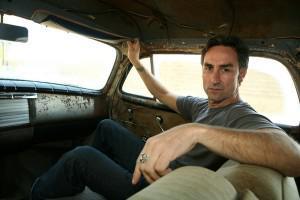 A number of antique and specialty shops dot Cody Road, the main street. New gas lamps, benches, signage and paving give it a spiffy look. Grasshoppers, one of the most attractive shops, occupies an 1870 river pilot’s house painted green and lavender. Besides antiques, it has birdhouses, garden-themed gifts and a wine cellar.

Foodies have a field day at shops like LeClaire Canning Company, which offers gourmet jellies, salsas and mustards, plus pickled okra and other vegetables. Jelly varieties include cherry brandy, margarita and sangria. Or stop by Kernel Cody’s Popcorn Shoppe for kettle corn in flavors like pizza, caramel apple, and peanut butter and jelly.

The Mississippi River Distillery, the newest point of interest in LeClaire, offers free tours (with samples for sipping) that show the craftsmanship that goes into each bottle of vodka and gin, starting with locally grown grains. The micro-distillery soon will begin bourbon whiskey production.

A walking tour map points out the architecturally distinguished houses owned by river pilots who guided steamboats through the treacherous rapids on the Mississippi. The newly renovated Dawley House, built in 1851 by a riverboat captain, is the Crane & Pelican Cafe. Features include Victorian-era chandeliers, a metal fireplace and curving staircase. Private rooms are available for groups of six to 60 people.

On the riverfront, a block from Cody Road, is the Buffalo Bill Museum, which has posters, newspaper clippings and other memorabilia associated with the Wild West showman who was born near LeClaire in 1846. A video spotlights Cody’s achievements. But most of the museum’s artifacts, from LeClaire’s first fire truck to flags, guns, riverboat items and farm implements, have nothing to do with Cody. Admission to the Buffalo Bill Museum includes the Lone Star Steamer, an 1868 wooden-hulled steamboat housed in an aluminum pier building next door. (The Illinois town across the river, by the way, is Port Byron.) 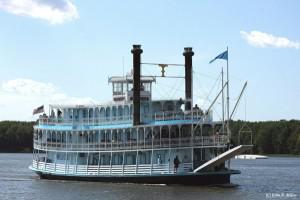 The group-friendly Twilight Riverboat, the riverfront’s most photogenic asset, offers two-day cruises from LeClaire to Dubuque, Iowa from late May to late October. Meals, snacks and entertainment are included. Passengers stay overnight at the Grand Harbor Resort in Dubuque.

At the Buffalo Bill Cody Homestead, the showman’s boyhood home in nearby Princeton, buffalo, burros and longhorn cattle graze the land surrounding the limestone house built in 1847 by his father, Isaac. Another local boyhood home was moved in 1933 to Cody, Wyoming and now resides at the Buffalo Bill Historical Center in Cody’s adopted hometown. The site of Buffalo Bill’s birth, just outside of LeClaire, is private farm land; the cabin is gone.

For more information on LeClaire, log on to visitleclaire.com or visitquadcities.com