Communing with Critters in the Animal Kingdoms of St. Louis 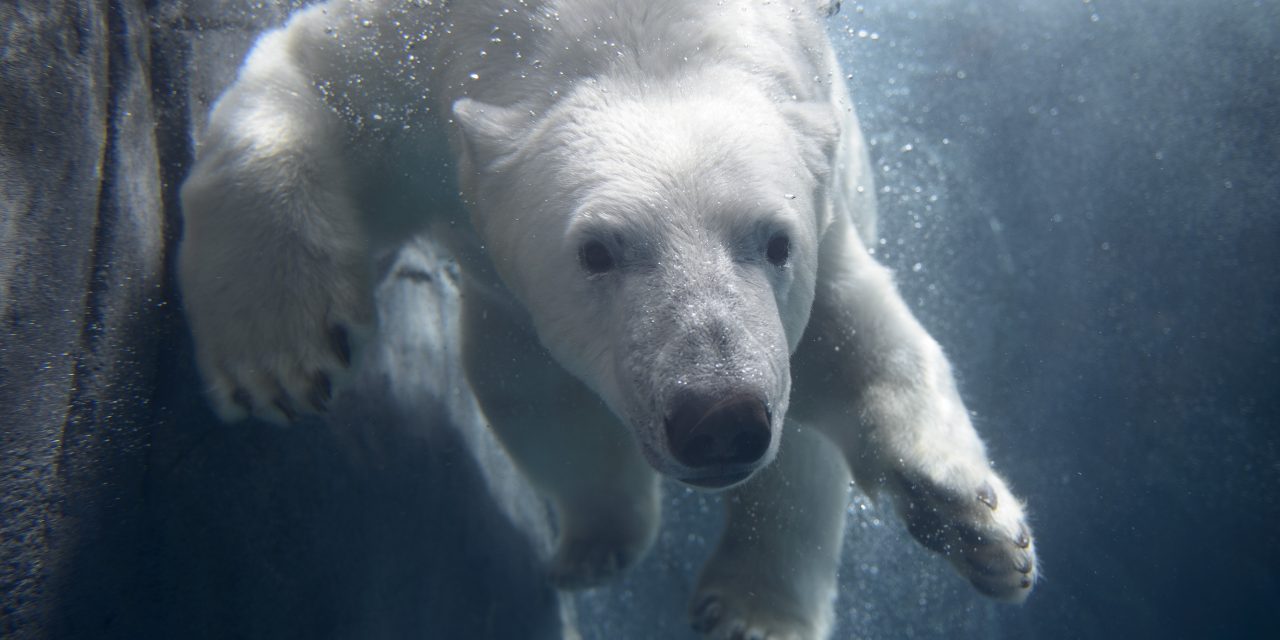 In the city itself and outlying areas, St. Louis abounds with showplaces starring members of the animal world. From a world-class zoo in Forest Park to a sanctuary for endangered wolves in the countryside, opportunities abound for safari-goers to get up close with animals of all stripes.

Saint Louis Zoo. One of the country’s few free zoos, the Saint Louis Zoo is recognized worldwide for its innovative approaches to animal care and management. Attracting about three million visitors a year, it is the most-visited attraction in the region. Though general admission is free, reservations are required.

The zoo, known for its beautiful naturalistic exhibits, is located in Forest Park, one of the nation’s largest urban parks. It is home to more than 12,000 animals representing 500 species, from alligators to zebras. 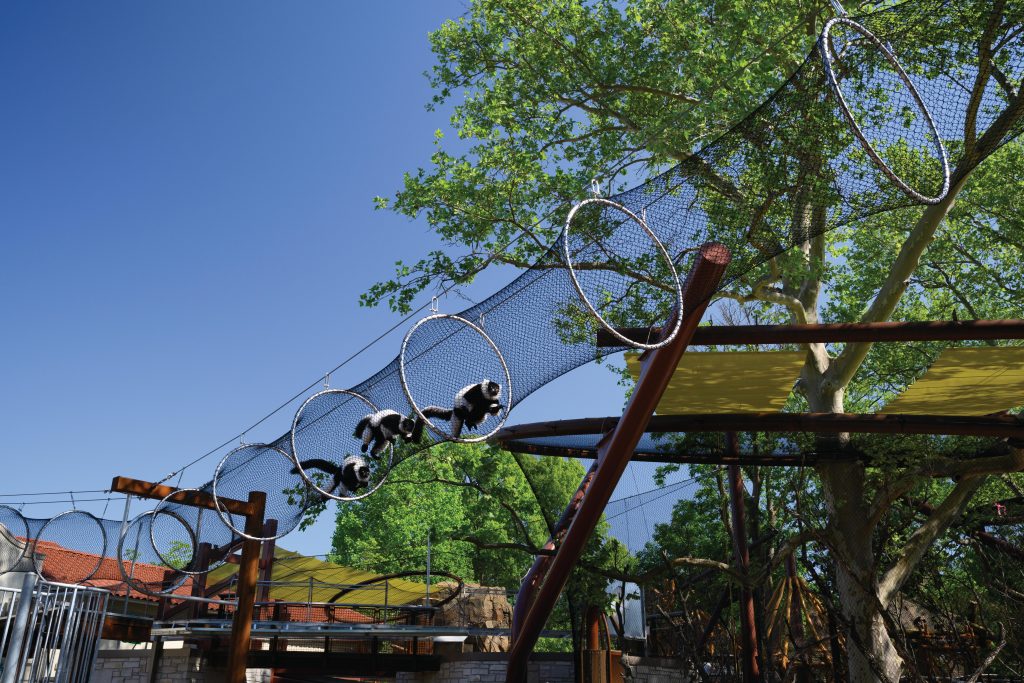 Since opening in July 2021, the Michael and Quirsis Riney Primate Canopy Trails has become one of the zoo’s most popular exhibits. Overhead mesh tunnels connected to the 1925 Primate House lead to tall sycamore trees and other outdoor habitats with spaces for monkeys and lemurs to climb and perch. Zoo guests take a journey from the forest floor, through a see-through tunnel, and up into the treetops on an elevated boardwalk to see the animals in their state-of-the-art homes and play areas. Before these stimulating “sky trails” were introduced, some Primate House residents had never enjoyed access to the outdoors.

In The Wild, one of six themed areas at the Saint Louis Zoo, guests encounter bears and birds at Polar Bear Point, Grizzly Ridge and Penguin & Puffin Coast. They also can explore Jungle of the Apes in the Fragile Forest, a lushly landscaped outdoor compound with separate habitats for chimpanzees, orangutans and gorillas.

St. Louis Aquarium at Union Station. Beneath the massive steel girders of a train shed that once housed the platforms of a busy and historic depot, aquarium-goers marvel at aquatic life from local rivers and streams as well as the Amazon and distant oceans. 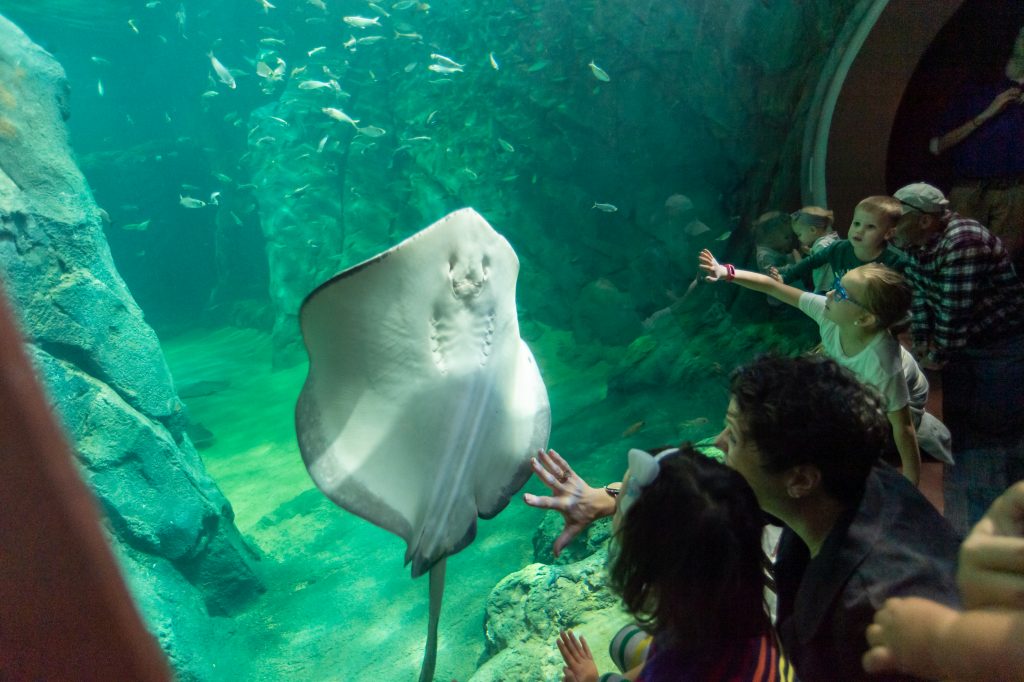 At Shark Canyon, the largest habitat and one whose J-wall arches over their heads, guests crane their necks to watch sharks and devil rays glide across the ceiling of water. Puffer fish, sea turtles, the giant Pacific octopus and other species also delight wide-eyed visitors looking upward or pressing their noses against the expansive main window of the 250,000-gallon saltwater tank.

“Monster” residents of the Global Rivers Gallery include the Amazon’s strange-looking red-tail catfish and red-bellied piranha, a sparkly fish that looks like it was dipped in glitter. Also from the Amazon: the poisonous dart frog (whose poison is used on darts). 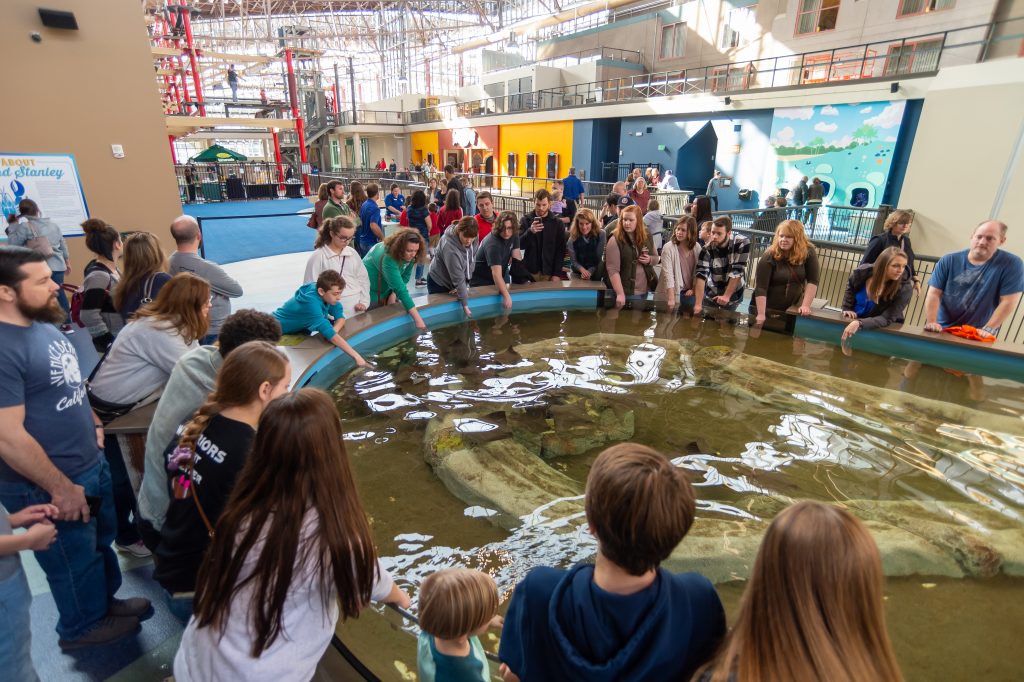 Touch pools in the aquarium let guests pet a shark, caress a slippery stingray, and feel the shell of a horseshoe crab, bumpy skin of a sea star and protective spine of a pencil urchin. Perhaps the most bizarre encounter is having your hands nibbled in a pool swarming with tiny doctor fish. (The fish actually are used to chew off dead skin in spa treatments.)

The two-story St. Louis Aquarium at Union Station, which opened in December 2019, is just one part of a family entertainment complex that includes a jumbo Ferris wheel, mini-golf course, carousel and restaurants. They’re all centered around a plaza behind St. Louis Union Station Hotel, which encompasses the Romanesque-style head house and clock tower of the former depot, a castle-like 1894 landmark on downtown’s Market Street.

The following four attractions are located southwest of St. Louis and easily reached via Interstate 44:

A visit starts with a 20-minute, open-air tram ride through wooded pastures inhabited by deer, elk, water buffalo, bison, zebras, yaks and other creatures. Passengers disembark at the zoo area, where they get to pet llamas and alpacas, bottle-feed goats, and ride a carousel or even a camel. Shows in the amphitheater feature trained macaws, ferrets and goats. 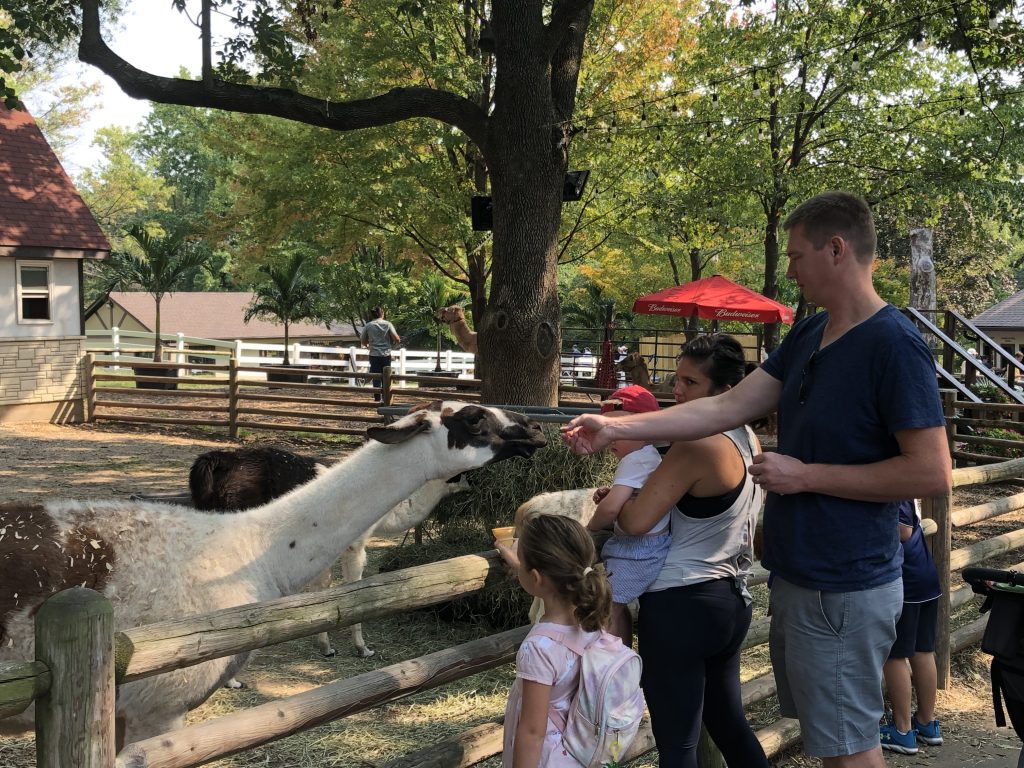 A can’t-miss part of Grant’s Farm gives visitors a close-up look at the famous Budweiser Clydesdale in their stables and paddocks. Known for their proud, quick gait and shaggy white tuffs of long hair along the backs of their legs, these muscular Scottish draft horses were developed for work in the fields. 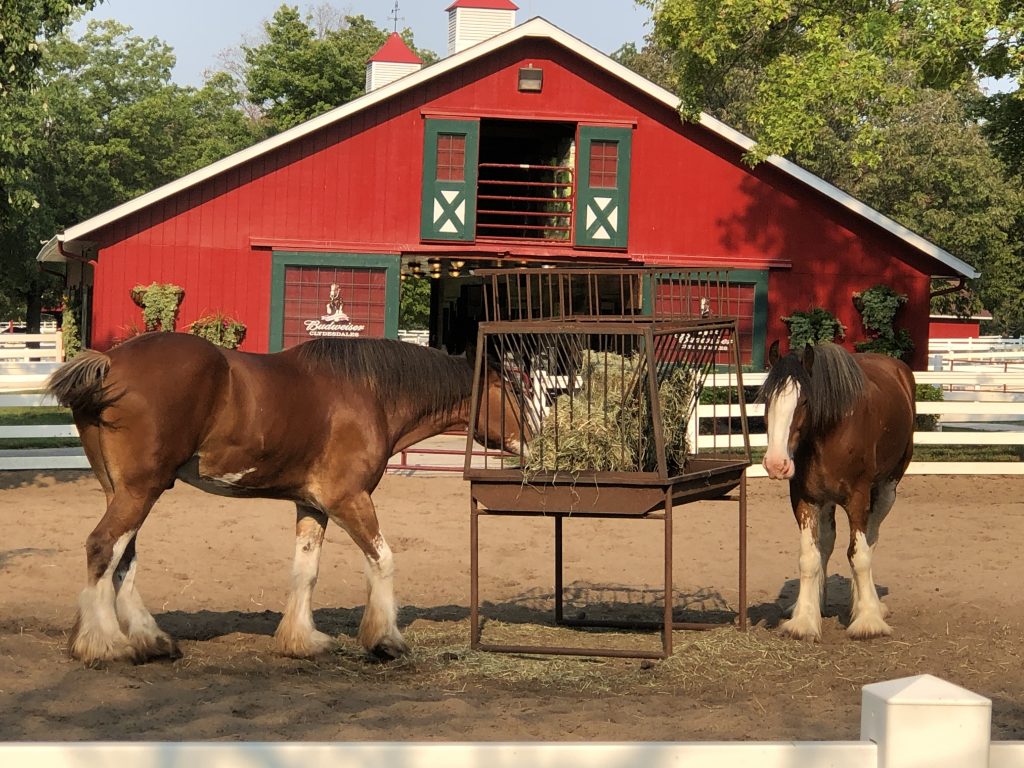 The Incredible Dog Show stars talented canines adopted from shelters and rescue groups. In an artificial-turf arena with concrete bleachers, trainers lead the performing dogs through obstacle courses and other maneuvers. In the audience favorite, a plastic disc is tossed over the 50-foot-long, in-ground pool as a dog, with a running start, snags it in midair before plunging into the water. 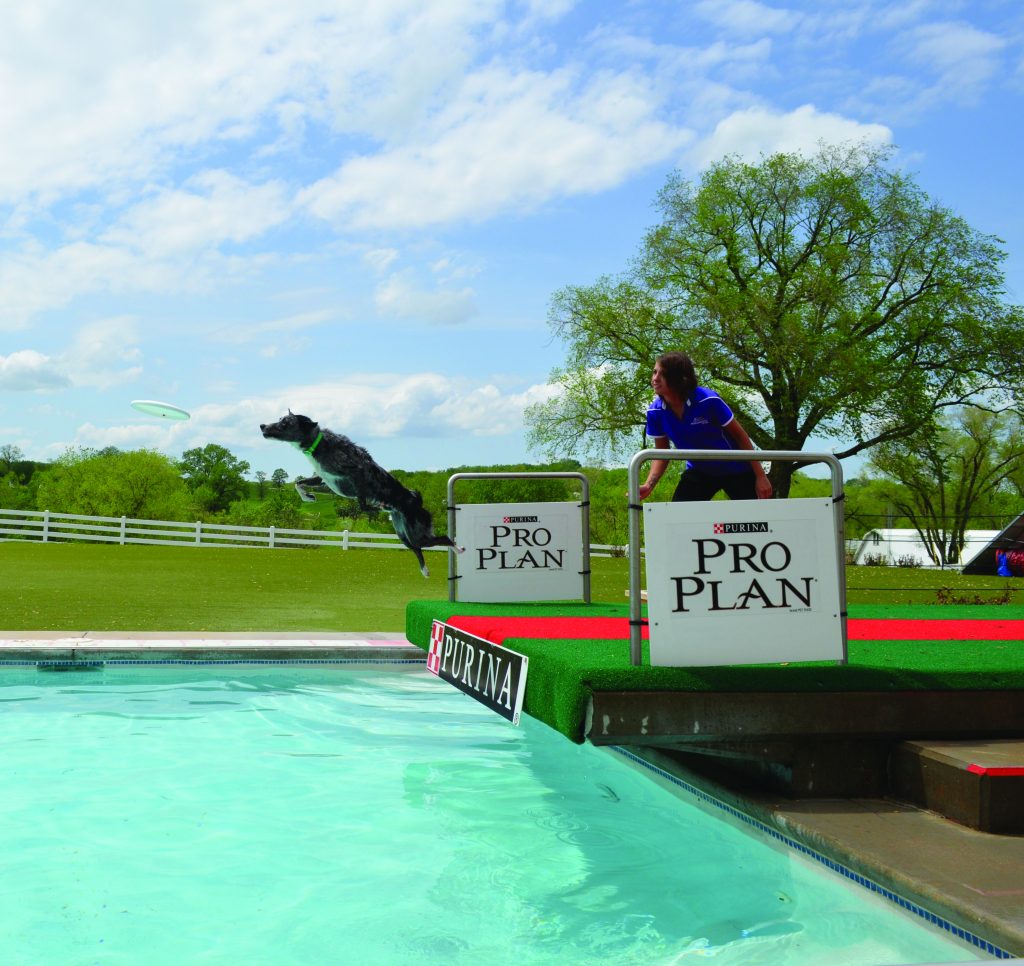 In the barn, kids and parents can pet bunnies, baby chicks, goats and piglets, and perhaps catch a cow-milking demonstration. Informational panels and flip boards provide fun facts on milk, dairy and beef cattle, rabbits and pigs. At the Pet Center, visitors meet dogs and cats (some of them up for adoption) and marvel at the 20-foot-tall, Victorian-style cat abode complete with windows, climbing ledges and scratching posts.

Exhibits in the visitor center stress responsible pet care, the benefits of having a pet and the rewards of adoption. You can learn about dog breeds on a touch screen and watch videos that document the life of a service dog. One panel provides the scoop on Purina’s cat litter manufacturing process along with litter box tips.
Purina Farms is open from mid-March through October and requires reservations.

Endangered Wolf Center. This hidden gem in Eureka is a sanctuary for wolf species from around the world. One-hour walking tours, guided by passionate educators who know the wolves by name, provide glimpses at a handful of the center’s 400 canine residents, which include the critically endangered American red wolf and Mexican gray wolf. Visitors see the wolves sitting, sleeping and moving about in large, wooded enclosures.

Observing its 50th year in 2021, the center is part of a 2,000-acre satellite research facility operated by St. Louis’ Washington University. 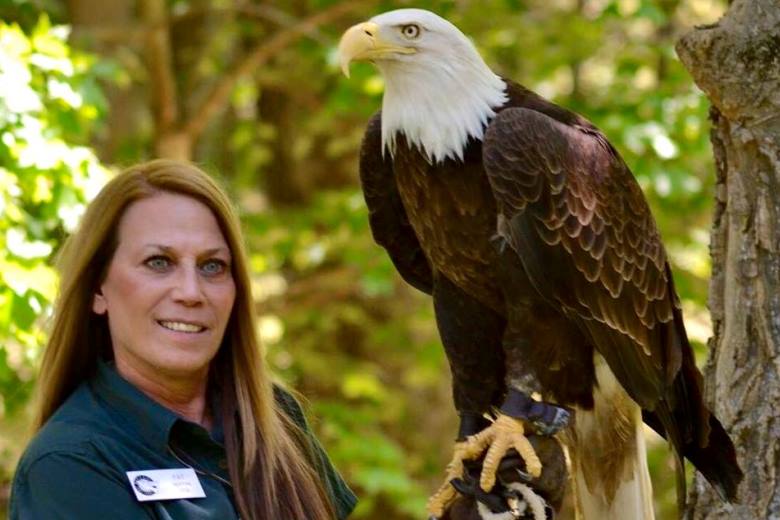 World Bird Sanctuary. A short drive east of Eureka, this rehabilitation, education and conservation center in Valley Park occupies 305 acres of hardwood forest next door to Lone Elk County Park. The preserve has large outdoor avian exhibits housing non-releasable birds from around the world, including eagles, falcons, vultures, owls and other species, many of them endangered. Its hospital cares for injured raptors. Seasonal bird shows and educational programs are offered, and there are nature trails and picnic pavilions.