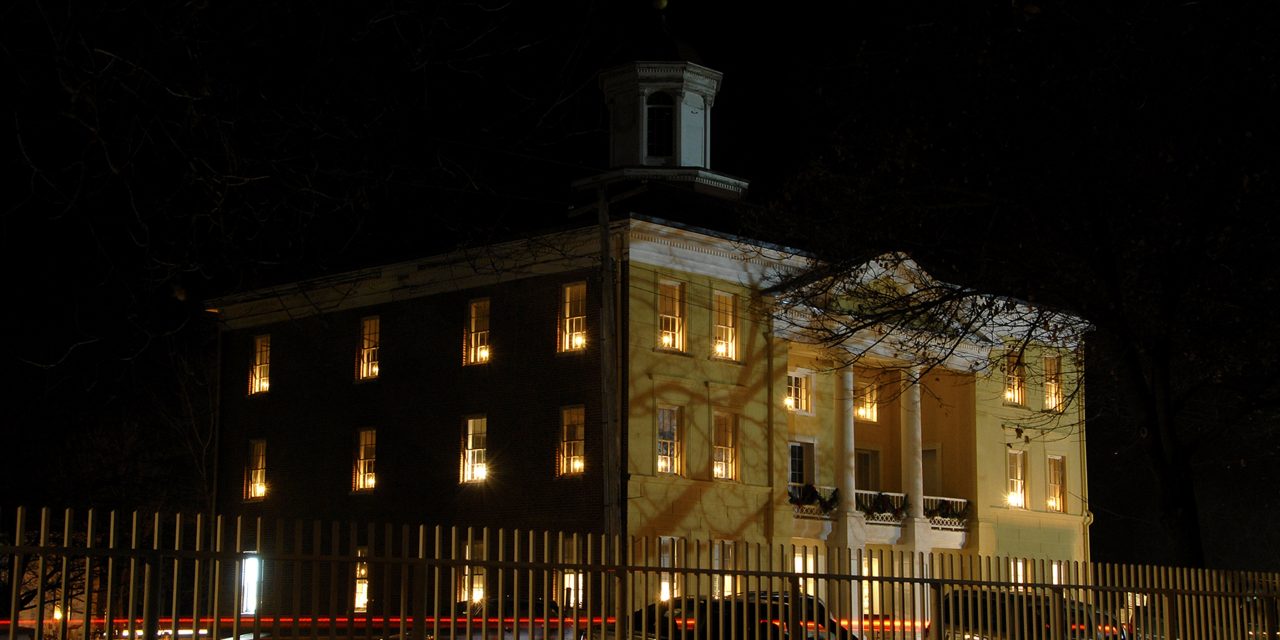 Smart tour planners know that top-notch attractions also await in Western Illinois—a less-heralded region that stretches to the Mississippi River and neighboring Iowa. Tourist-friendly towns only three or four hours from Chicago seem light years away from the skyscrapers on Lake Michigan’s shores. 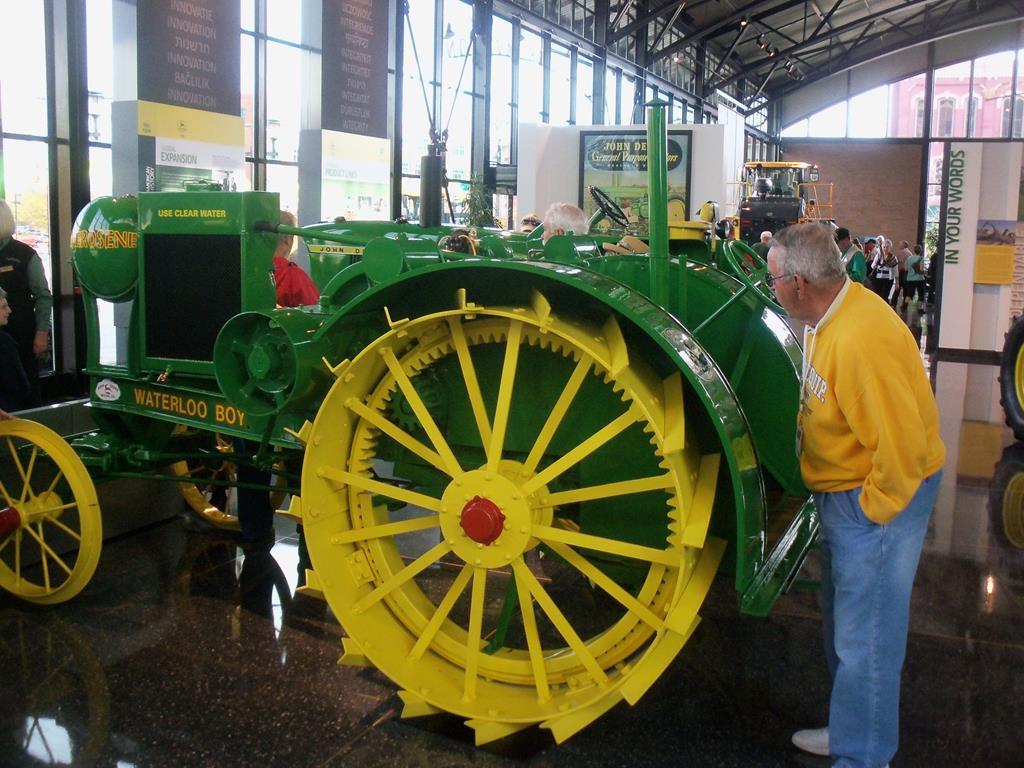 Western Illinois, however, has its own metropolitan areas, one of them a collection of communities that straddles Illinois and Iowa on a section of the Mississippi that runs east-west, not north-south. The Quad Cities consists of five large communities − Moline, East Moline and Rock Island, Illinois, and Davenport and Bettendorf, Iowa (yes, that’s five, not four) − plus a few other towns. The area is equidistant (160 miles) from Chicago and Des Moines.

Moline is the corporate home of John Deere & Company, the famous farm implement manufacturer. Its chief attraction is the free-admission John Deere Pavilion, a glass-enclosed showplace for those shiny green machines with the yellow deer logo. Visitors roaming the exhibit floor climb into tractor cabs and see a wide variety of products, including logging and construction equipment. Taking up one end of the building is a mammoth combine with a suggested price of $510,885. A video about Deere’s role in world agriculture, “Anthem: A Song of the Land,” is shown in the mini-theater. On two-hour tours of John Deere Harvester Works in East Moline, visitors get close to the combine assembly lines.

Moline’s best-known historic homes were built by Charles Deere, who took over the company from his father at the age of 21. The 1872 Deere-Wiman House, the residence of Charles and his wife Mary, sits on seven acres overlooking the Mississippi. Across the street he built Hillcrest (now the Butterworth Center) in 1892 for his daughter Katherine and her husband, William Butterworth, the third president of Deere. 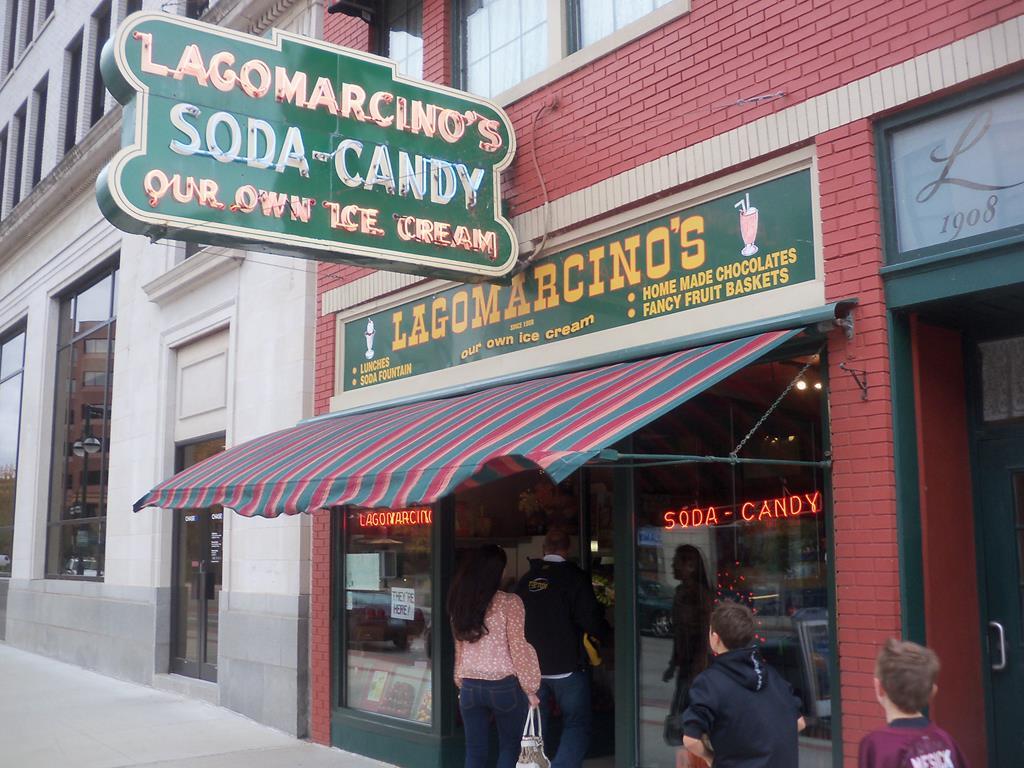 In downtown Moline, a short walk from John Deere Pavilion, is Lagomarcino’s, a local institution. This third-generation soda fountain and candy shop, a slice of yesteryear with mahogany booths and a terrazzo floor, offers a full menu and can accommodate groups. A good shopping stop, the store has everything from homemade truffles and toffee to seasonal favorites like caramel apples and chocolate Easter eggs. The hot fudge sauce is to die for. 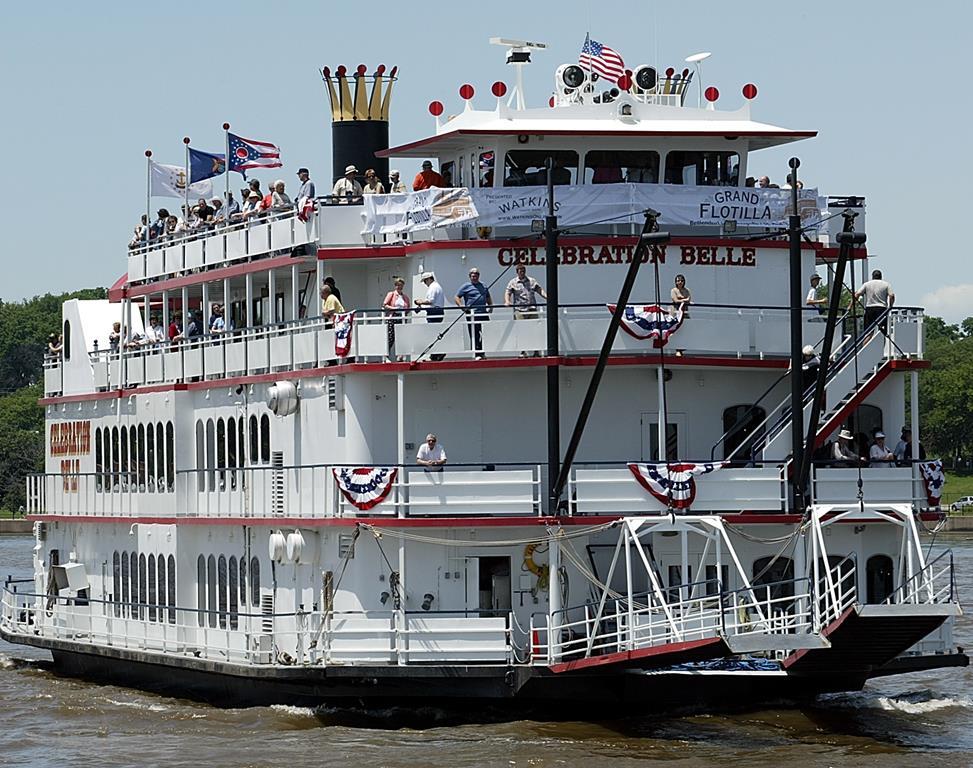 The Celebration Belle, celebrating its 30th year of Mississippi River cruising from Moline, welcomes groups on its lunch, dinner and sightseeing trips. Circa ’21 Dinner Playhouse, housed in a beautifully restored 1921 vaudeville-movie theater in downtown Rock Island, is another Quad Cities staple. Guests are served by a talented waitstaff that performs a 15-minute revue before the main show, which is usually a comedy or Broadway musical. Upcoming shows include A Christmas Story: The Musical, Buddy: The Buddy Holly Story and Miss Abigail’s Guide to Dating, Mating and Marriage.

Many sample itineraries crafted by the Quad Cities CVB include a tour of Boetje’s Mustard, which has made its stone-ground Dutch mustard in Rock Island since 1889. Another behind-the-scenes option is the Isabel Bloom Studio in Davenport, where artisans carry on the legacy of the Iowa sculptor who studied under Grant Wood.

The historic Rock Island Arsenal, an active U.S. Army facility on an island in the Mississippi River, plays a key role in group itineraries. The government’s largest arsenal has manufactured weapons, parts and armor, even tanks and artillery, for more than a century. Step-on guides are provided for tours that include a museum with an outstanding firearms collection. Visitors also can view the barge traffic and lock operations at the Mississippi River Visitor Center at Locks and Dam 15.

Galesburg, the home of Knox College, offers great shopping in its revitalized downtown. The Galesburg Antiques Mall Co., in a magnificent building at the corner of Main and Seminary, has three floors of old treasures, from vintage jewelry and baseball cards to well-preserved issues of Life magazine from the 1940s, ’50s and ’60s. A one-block section of Seminary Street abounds with boutiques, art galleries and restaurants, including Stray Cat Art, Denim & Pearls, and Landmark Cafe & Creperie. Just down the street is the Galesburg Railroad Museum, next to the Amtrak depot.

Literary buffs in Galesburg head to Carl Sandburg State Historic Site to see the humble cottage where the Pulitzer Prize-winning poet and Lincoln biographer was born in 1878. The adjacent visitors center has an orientation video and Sandburg memorabilia. A small park behind the birthplace features Quotation Walk, a winding path of stepping stones inscribed with short quotes from Sandburg’s poetry and prose. The ashes of the “Prairie Poet” and his wife are buried beneath Remembrance Rock (named after his novel).

The town of Nauvoo, situated on a bend in the Mississippi River, abounds with Mormon history. It was here in 1839 where Prophet Joseph Smith Jr., who established The Church of Jesus Christ of Latter-day Saints, and his followers settled in 1839. The town became the largest in Illinois and flourished until 1846, when Brigham Young led church members to Utah, leaving behind violent anti-Mormonism. (Smith was killed by a mob while in jail in nearby Carthage.) 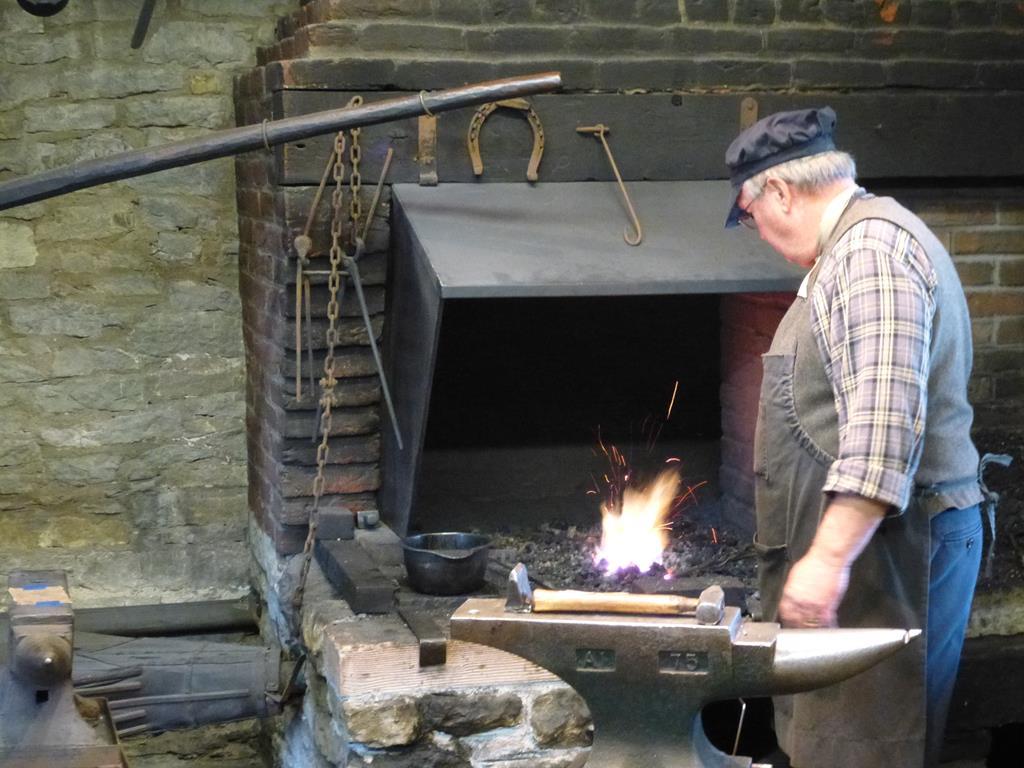 Historic Nauvoo, a tract of tree-shaded, riverfront land framed by split-rail fences, contains original and reconstructed homes and shops furnished with 1840s-era artifacts and staffed by Mormon missionaries from various states. Blacksmithing, brick-making and other pioneer crafts are demonstrated. Narrated horse-drawn wagon rides provide an overview of this Colonial Williamsburg-style attraction, and the 20-minute film Remembering Nauvoo is shown in the visitors center. An outdoor stage on summer evenings presents the folksy variety show Sunset on the Mississippi, plus Brigham Young University performance groups. The nighttime Nauvoo Pageant (early July to early August), complemented by daytime festivities, is a tribute to Joseph Smith and Mormon settlers. Admission to all buildings, musical shows and plays is free. Joseph Smith Historic Site, adjacent to Historic Nauvoo, has its own visitor center and offers walking tours ($3 pp.) of Smith’s homes, store and gravesite.

The Nauvoo Temple’s hilltop grounds afford stunning river panoramas. The adjacent business district on Mulholland Street has small shops and restaurants. Hotel Nauvoo is famed for its dinner buffet. Many of the shops sell religious items.

Tour groups in Nauvoo also might consider a tour and tasting at Baxter’s Vineyards & Winery. Founded in 1857, Illinois’ oldest winery is a fifth-generation family enterprise.

Quincy, another historic Mississippi River city, lies about 50 minutes south of Nauvoo via the Great River Road. Many tours visit the Quincy Museum, which occupies the Newcomb-Stillwell Mansion, and Villa Kathrine, a Mediterranean-style castle that serves as Quincy’s tourist information center.

The big news in Peoria, the largest city on the Illinois River (metro population 462,000), centers on the Caterpillar Visitors Center and adjacent Peoria Riverfront Museum, a major downtown development. Guests can watch a short movie about the Peoria-based heavy equipment manufacturer and hop into the cabs of a bulldozer, excavator and other giant, yellow-and-black vehicles.