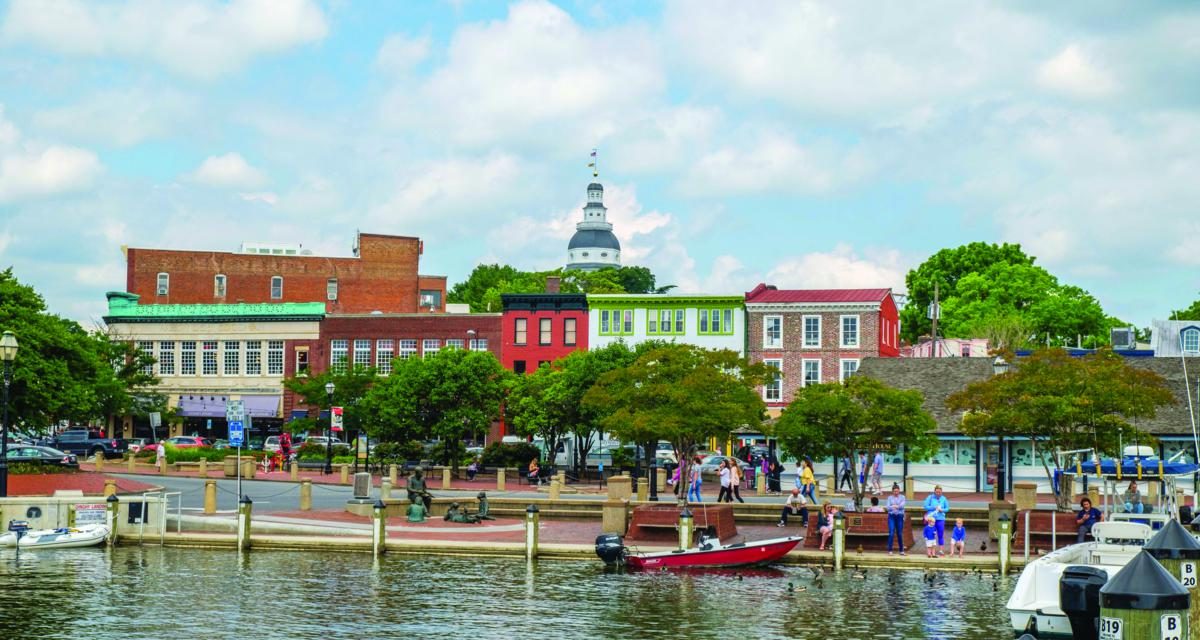 Maryland’s shoreline wraps around Chesapeake Bay before it edges toward the great expanse of the Atlantic Ocean. For nearly 400 years, Marylanders have worked the 200-mile estuary as watermen, farmers and dreamers as they welcome all-comers to the New World. Fast forward to today and they still do.

One way to experience quintessential Maryland is on the Great Chesapeake Bay Loop, developed by the Maryland Office of Tourism. “I would say that there isn’t just one loop,” said Rich Gilbert, travel trade sales manager for the state. “The Chesapeake Bay Loop could be done in various lengths and a variety of ways. A loop around the upper bay, the lower bay or a loop that circles the entire bay.” It can also cut across the state line.

On the mainland, Annapolis is a draw at any time of the year. Year round, period-dressed guides from Annapolis Tours by Watermark lead groups on its popular Four Centuries walking tour.

After meeting our guide, in full colonial costume, we set off to see the capital’s historic district and were wowed by the 18th-century architecture of the buildings and mansions.

A stop at the Maryland State House includes the Old Senate Chamber. It was there in 1783 that George Washington resigned as Commander in Chief of the Army. Its wooden dome is topped by a lightning rod made by Benjamin Franklin. Watermark guides are re-certified annually and are United States Naval Academy-approved so our group stepped through the gates of the campus without any hitch —identification requirements are confirmed in advance of any tour. The Beaux Arts-style campus was founded in 1845 and is home to 4,000 midshipmen. Behind-the-scenes stops provided glimpses of the school’s traditions and included the Chapel, the Crypt of John Paul Jones and Bancroft Hall, home to the entire brigade of midshipmen.

After a bite to eat at Drydock Restaurant in Dahlgren Hall, our group pushed on for free time shopping and photo ops at City Dock, where the city meets the Chesapeake. In many ways, this area is the heart of Annapolis.

A Watermark Cruise option provides views of the Naval Academy and the Annapolis Harbor from the water. In summer, the weather on-board the Harbor Queen or Miss Anne Annapolis is reportedly 10 degrees cooler than on land. Narrated, the 40-minute cruises depart from Annapolis City Dock and include glimpses of the Chesapeake Bay Bridge that connects the western and eastern shores of the state.

The Chesapeake Bay Bridge crosses to the Maryland shore area that includes small towns where the word charming says it all and yet, not enough. Spending a day in St. Michaels sets a high bar, especially when it includes a tour at the Chesapeake Bay Maritime Museum. The museum sits on 18 waterfront acres with ample motorcoach parking.

Never one to rest on laurels, the museum has new tour offerings that range from the historic — how St. Michaels fooled the British — to others that get landlubbers out on the water. 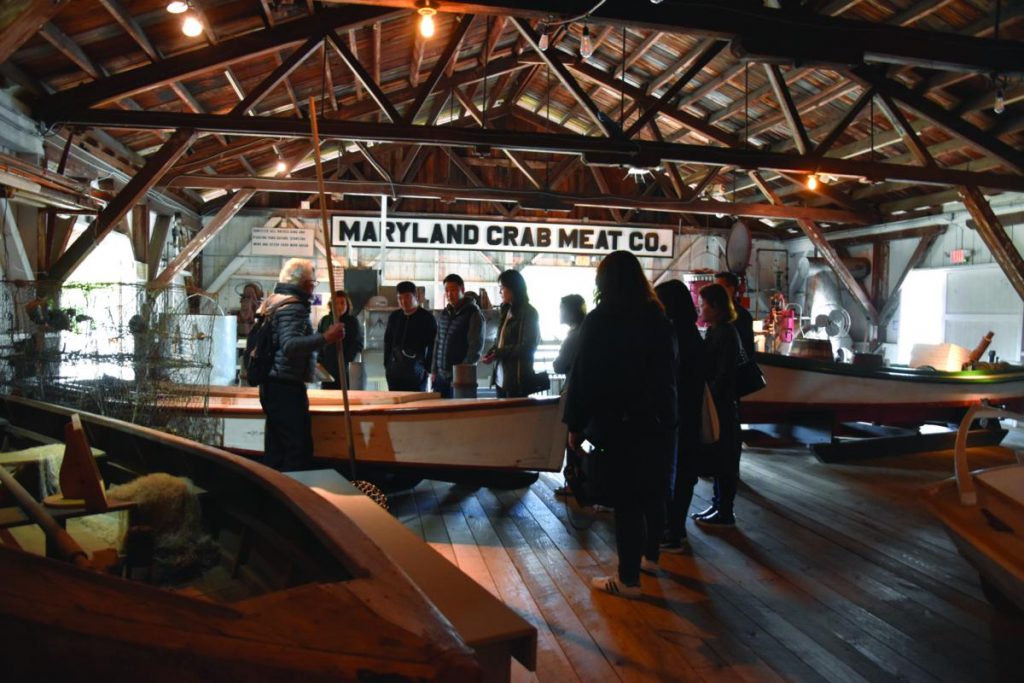 Tours provide insight into the history of the Chesapeake and how the oyster helped shape area culture, industry and environment.

One new tour, Chesapeake through the Eyes of a Waterman, explores oystering on the Chesapeake, its environment and its history, culture and people.

Another is billed as an Adult Ecology Cruise on the Miles River. The 45-minute cruise offers hands-on activities aboard a 1920 buyboat, the Winnie Estelle. FYI: A buyboat cruises the bay to “buy” catch from smaller boats while the crew is still on the water.

Also new are the Catch of the Day Tour and Oystering on the Chesapeake. On the Catch tour, learn what it means to “follow the water,” tong for oysters, pull crab pots, explore a skipjack and listen to stories of the “big guns” or commercial hunters at the turn of the 19th-century. The Oystering tour provides insight into the history of the Chesapeake and how the not-so-simple oyster shaped area culture, industry, and environment.

The Chesapeake Bay Maritime Museum in St. Michaels boasts a working boatyard designed to pass maritime skills on to a new generation of shipwrights. Visitors can follow the construction of a new version of the Maryland Dove, a 17th-century trading ship used by first European settlers. All work is in public view; the launch is anticipated in 2021. The shipyard and the 1879 Hooper Strait Lighthouse, also located on museum grounds, are possible locations for a group photo.

The museum itself is a highlight in a 90-minute guided tour called A Day in St. Michaels. It includes lunch at the Crab Claw restaurant overlooking St. Michaels Harbor and a narrated Miles River cruise aboard the 149-passenger ship, Patriot.

Back on land, the historic waterfront village is a haven for free-time activities from gallery hopping and amazing dining to retail therapy and tasting rooms. Only a few of the many reasons St. Michaels is consistently named to “best of” lists. www.visitmaryland.org