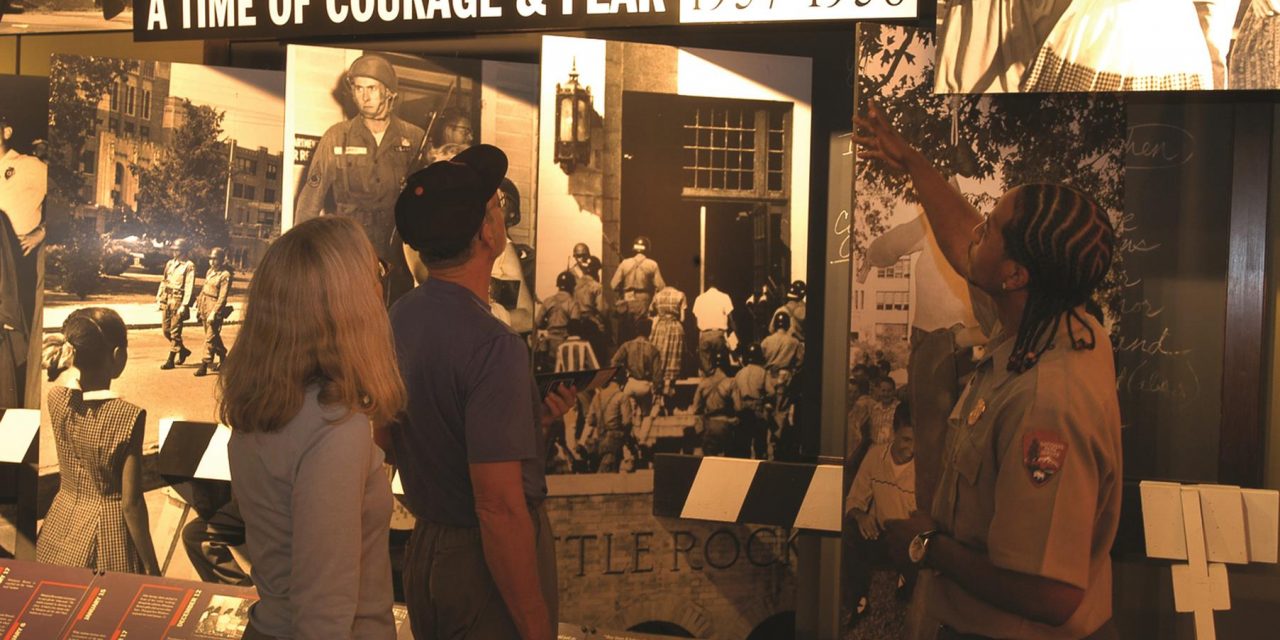 Follow the path of some of Arkansas’s most iconic civil rights figures, and view locations important to human rights struggles

Often overlooked in our nation’s history are the 120,000 Japanese Americans interned during World War II. Rohwer served as the site of a Japanese American Relocation Center from 1941-45. This site is now a National Historic Landmark. The War Relocation Authority interned more than 8,000 Japanese Americans from California, mostly U. S. citizens, here through WWII. Today, the barracks and government buildings are gone. All that remains are remainders of the hospital smokestack and cemetery adorned with memorial monuments. Along the road bordering the cemetery are interpretive markers telling the camp’s story. Actor George Takei of Star Trek fame, who was interned at Rohwer as a child, provides the audio narrative.

After a morning touring Rohwer, a short drive brings you to Hoots BBQ and Steaks in McGehee, one of the Delta’s most beloved restaurants. Enjoy lunch before your drive to Little Rock, arriving in the state capital. Here you will walk in the steps of a president at the William J. Clinton Presidential Library and Museum. View an exact replica of Bill Clinton’s oval office and Cabinet room, photographs, videos, documents and interactive timeline highlighting domestic and foreign policies as well as the Clintons’ lives in the White House. Finish the day with dinner at one of downtown Little Rock’s group-friendly restaurants.

Tour another important historic landmark at Little Rock Central High School National Historic Site, listed on the official U.S. Civil Rights Trail as a significant site to see in the South. The only high school functioning within the boundaries of a national historic site, the school and museum are a testament to the nine African-American students who integrated into the all-white school as a test of the Civil Rights Act in 1957. After viewing the school, drive by “The Testament” sculpture on the grounds of the Arkansas State Capitol to see a rendering of the Little Rock Nine on their first day at Central High. 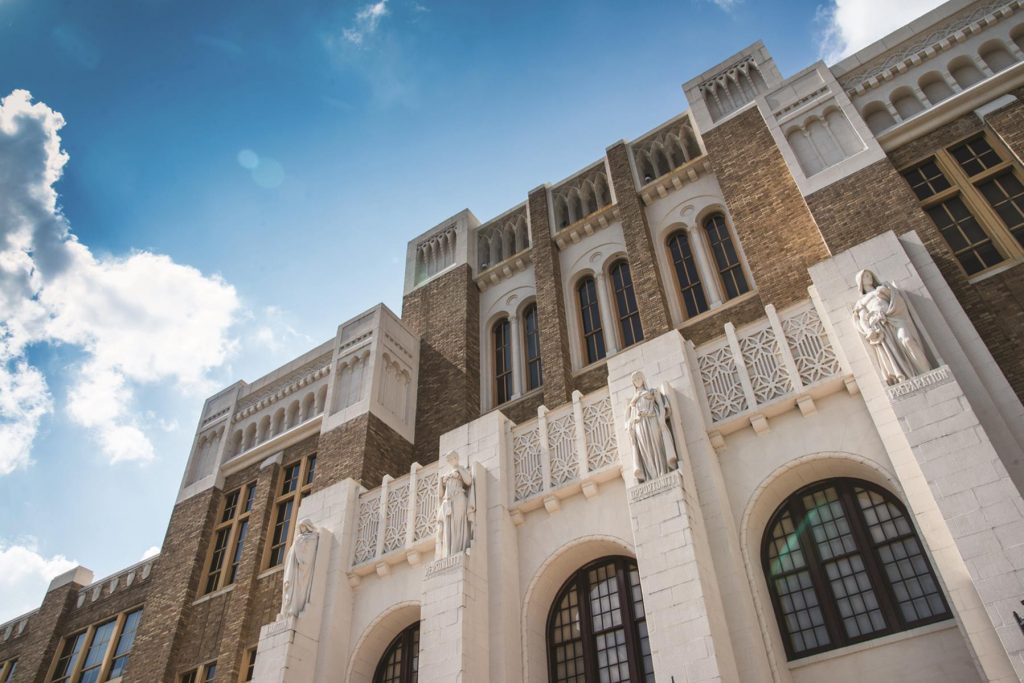 After learning about desegregation in Little Rock, visit Mosaic Templars Cultural Center, a museum that tells the story of Little Rock’s Ninth Street, a thriving business and cultural center for the African-American community during the segregation era. Learn how black entrepreneurs and legislators impacted the state and experience first-hand accounts of life in the segregated South from the people who lived it. The museum is also home to the Arkansas Black Hall of Fame.

Across the river in North Little Rock, you will find The Old Mill. This replica gristmill, set in a lushly gardened park, appeared in the opening scene of the 1939 film “Gone with the Wind,” and remains one of the area’s most visited attractions. Enjoy dinner at Murry’s Dinner Playhouse, or Sim’s Bar-BQue. The latter is one of only three remaining Little Rock black-owned restaurants that saw the civil rights movement abolish “separate but equal” access for black patrons.

Head to Fort Smith, and learn about the importance of the U.S. Marshals. Fort Smith is significant in the frontier era as more marshals and deputy marshals died riding out of Fort Smith than in any other place or time in our nation’s history. Be one of the first to visit the U.S. Marshals Museum, which features a unique exterior with a modified star-shaped design signifying the star badge worn by U.S. Marshals. Inside, five immersive galleries educate guests about the critical, ever-evolving role the marshals have played in upholding the Rule of Law, driven by justice, integrity and service. 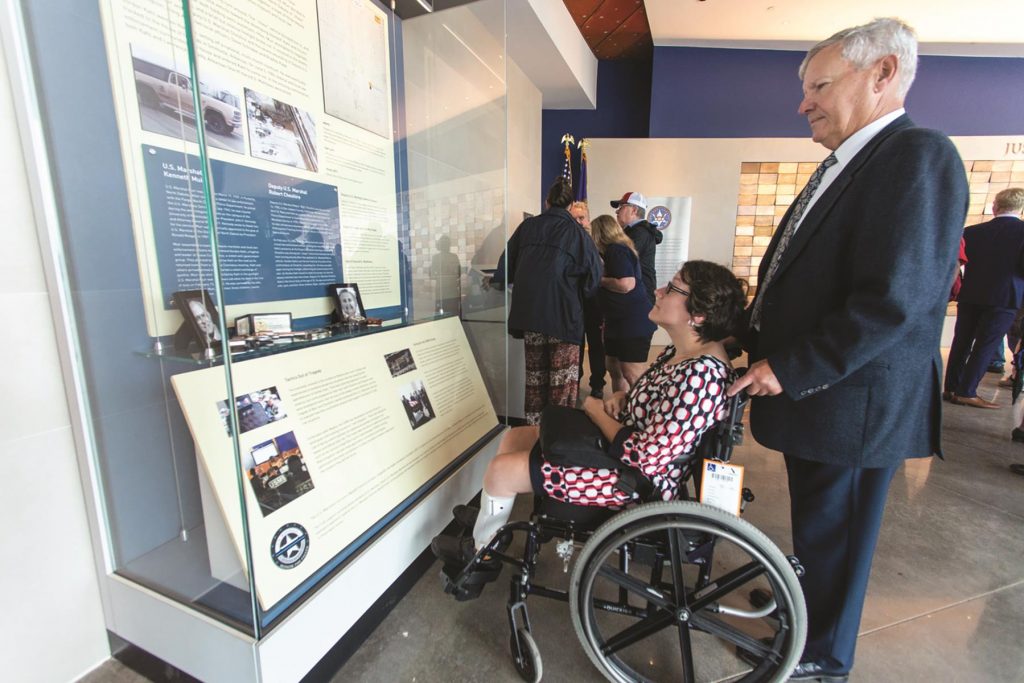 The Museum’s National Learning Center combines the museum experience with education programming focused on the Constitution, the Rule of Law and civic literacy. The Samuel M. Sicard Hall of Honor pays tribute to the more than 350 marshals that died in the line of duty since 1789. After the museum, visit the Statue of Bass Reeves. This unsung hero lawman was the first African-American Deputy U.S. Marshal west of the Mississippi. He arrested over 3,000 outlaws in his 32-year career. This 25-foot tall monument was erected in Fort Smith, where Reeves brought criminals to stand trial before the legendary Judge Isaac Parker.

Arrive in Bentonville and the Museum of Native American History. Experience a journey through time, and join conversations giving voice to Native American culture. Featuring artifacts from across the Americas and beyond, exhibits focus on a broad Native American history beginning more than 14,000 years ago. Guests can enjoy interactive art-making workshops, art installations and a research library. The museum also hosts the annual Native American Cultural Symposium. 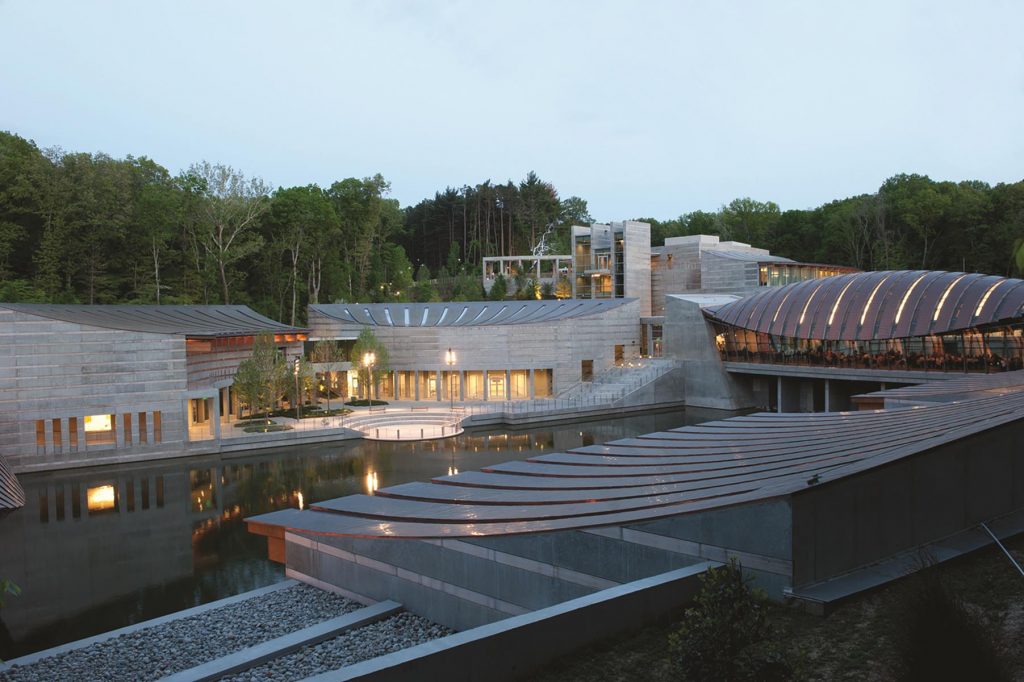 Have lunch in Eleven at Crystal Bridges Museum of American Art, and be sure to check out the amazing exhibits in this museum, founded by Alice Walton. Crystal Bridges’ permanent collection spans five centuries of American masterworks ranging from the Colonial era to current day. End your day with a driving tour through Bentonville and learn the interesting history of a city that has had three major industries in just over 150 years. Enjoy a wonderful dinner at Bentonville’s oldest restaurant and favorite dinner spot of Sam Walton, Fred’s Hickory Inn. Famous for steak and ribs, there is no better way to finish up a visit to this northwest gem.

Begin planning your next visit to The Natural State at arkansas.com.