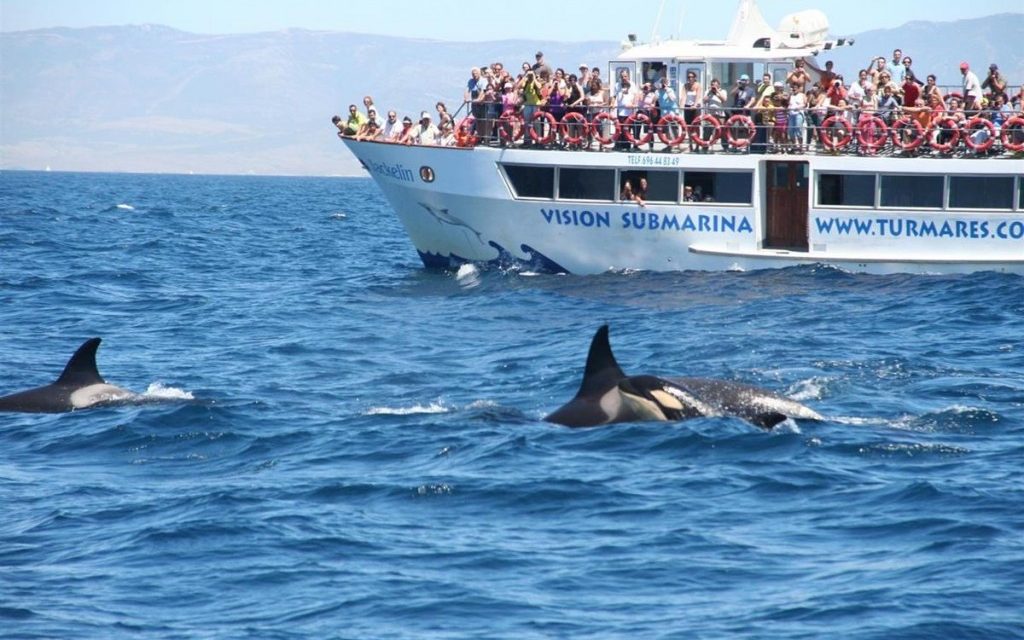 Poised at the jaws of two continents, the Spanish port of Algeciras is more a jumping-off point for adventure than a destination in itself.

As soon as I walked into my room at the four-star AC Algeciras, I pulled back the drapes, opened the window and got my first look at a sight I had come to see in this southernmost part of the Iberian peninsula—the Rock of Gibraltar. There it was before my eyes, looming about six miles across the Bay of Algeciras, beyond the battery of sky-blue gantry cranes and stacks of intermodal containers lining the waterfront.

Ferries and freighters plied the harbor, cars buzzed around the traffic circle below my window, foghorns reminded me this was not a sleepy fishing village. Despite the industrial trappings of Algeciras, I was excited to be in the gritty city and even kept my window open every night so I wouldn’t miss any of the drama.

As one with a curiosity about offbeat places and geographical boundaries, I saw Algeciras as my gateway to discovery, a stepping stone to the British colony of Gibraltar and to Morocco in North Africa. I made day trips to both, using unassuming Algeciras as home base.

Because most tourists are on their way to other places, travel guidebooks give the city short shrift. Indeed, Algeciras (pop. 140,000) has few points of touristic interest. There’s no pressure to check off a list of sights, so just relax and take in the vibes of a thriving Spanish port. 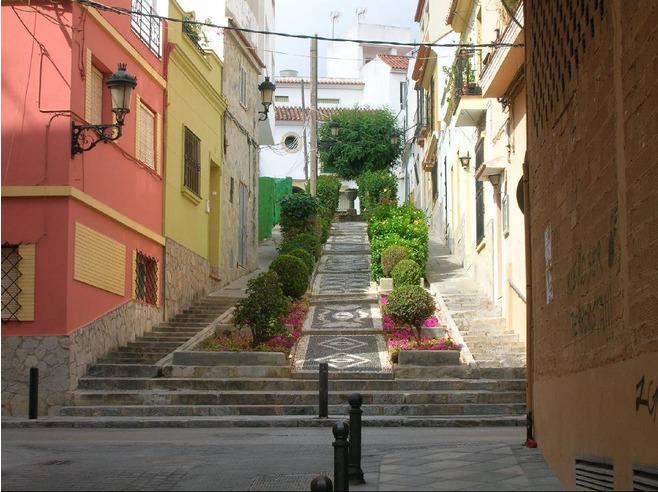 The Bay of Algeciras opens onto the Strait of Gibraltar, the narrow passage that links the Mediterranean Sea and Atlantic Ocean—and separates Europe from Africa. This makes Algeciras a strategic crossroads, a key stop where commercial ships stock up on fuel, food and other supplies. Though Algeciras is hardly a household word, it is the Mediterranean’s biggest container port and, with the heavy ferry schedule to Morocco, No. 1 in Spain for passenger traffic.

Look at a map of Spain and you see that Algeciras is the end of the line—you can’t go any farther south. It’s the last stop on the train from Madrid (5½ hours to the north) and also the westernmost town on the Costa del Sol, a stretch of resort-lined Mediterranean shoreline that extends 82 miles from Malaga. Located in the region of Southern Spain called Andalusia, Algeciras is part of Cadiz province. It makes a smart add-on for the tour organizer wishing to enhance a Spain-Portugal itinerary with side trips to Tangier, Morocco or tiny Gibraltar, a balmy bit of Britain attached to the Spanish mainland.

While some find port cities off-putting, they only fuel my wanderlust. The sheer romance of travel comes alive in genuine places like Algeciras with all its comings and goings. Along the Avenida Virgen dei Carmen, the road along the port, you’ll see shabby-looking travel agencies plastered with signs for “Ferry Tickets” and destinations like “Tangier,” “Tetuan” (another Moroccan city) and “Ceuta” (a Spanish outpost on the coast of North Africa). 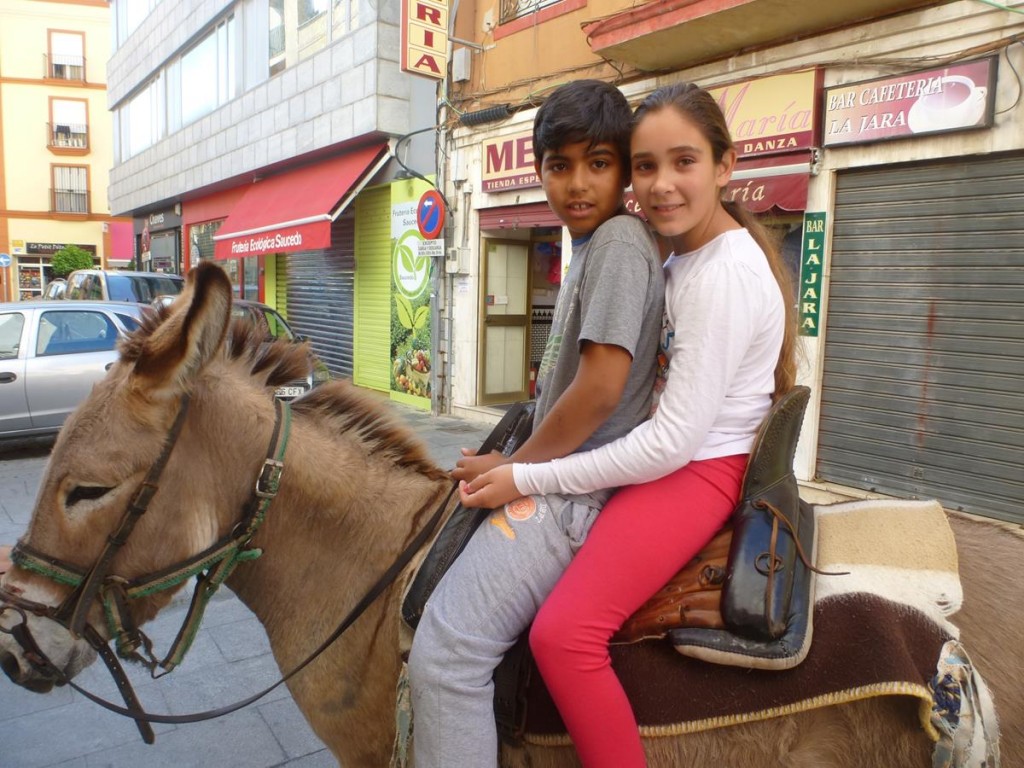 The high-speed ferry from Algeciras to Tangier takes 70 minutes. Instead of sailing from Algeciras and arriving in a distant part of Tangier, though, I followed the advice of my local guide and travel guru Rick Steves, who recommended taking the ferry company’s free bus to Tarifa, where I could hop a boat that would deliver me right to the foot of Tangier’s exotic medina in 35 minutes. Tarifa, a popular spot for windsurfing and whale-watching expeditions, is the most southerly point in Spain and just 20 miles from Morocco.

In between excursions outside the borders of Spain, I had a little time to get acquainted with Algeciras during my three-night stay at the Marriott-affiliated AC, which shares a block with another contemporary hotel, the NH Algeciras Suites.

La Plaza Alta, a 15-minute walk from my hotel, is the social center of town. Dominating the pleasant square studded with palms and orange trees are two 18th century churches and an exquisitely tiled fountain in typical Andalusian style. Tiled circular benches, wrapping around wrought-iron lampposts festooned with flower pots, depict the story of Don Quixote, as do the fountain walls. Feeding the pigeons is a popular family pastime. Just off the plaza are tapas cafes with outdoor tables.

My guide, Jose, took me into one of the churches on the Plaza Alta and we walked by some excavations of old town walls nearby, but little remains from the Roman, Moorish and early Christian periods. At one point on our late-afternoon driving tour we passed a statue of Algeciras native Paco de Lucia, Spain’s most famous flamenco guitarist, who died earlier this year at the age of 66. Jose told me the statue would be relocated after the road is realigned and there will be a commemorative trail with markers at sites important in his life. 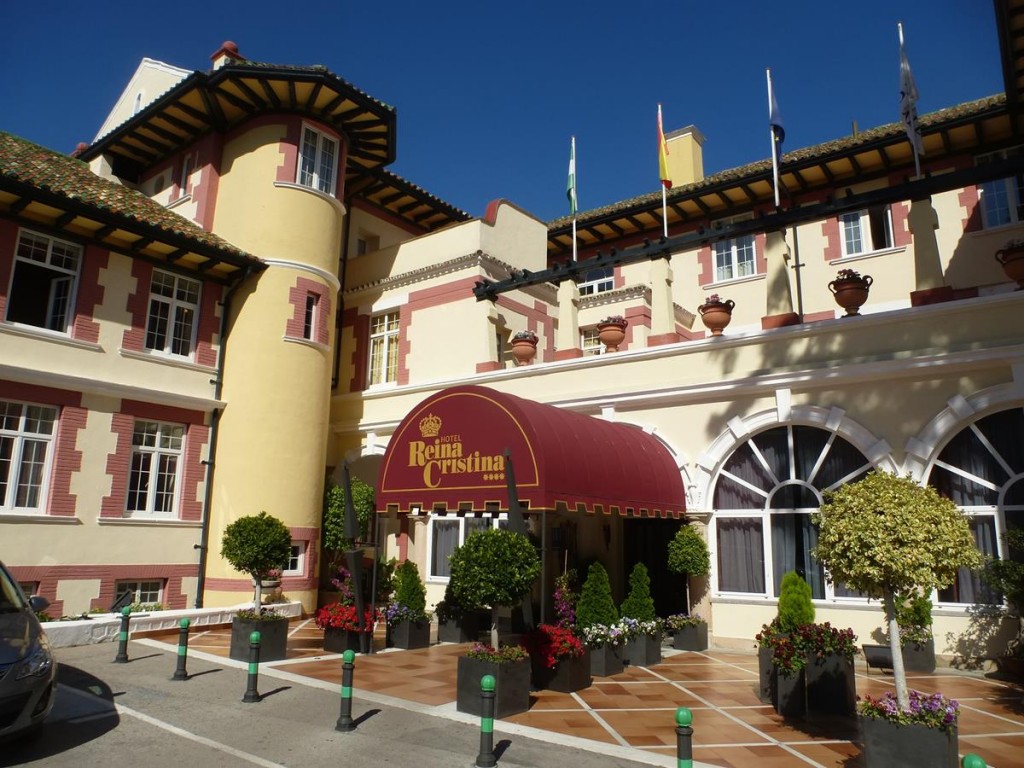 At the historic Hotel Reina Cristina, Jose and I took a coffee break on the garden terrace overlooking the ocean. Built on park-like grounds in the 1890s, the grande dame of Costa del Sol hotels (rebuilt after a fire in 1928) sports a pastel-yellow facade accented with red-painted brick accents and Moorish touches like a green tiled roof. It originally was intended to be located in Gibraltar for British passengers on a railway being constructed by a British company to connect the Cordoba area to Gibraltar. But when the Spanish government would not allow the tracks to extend to Gibraltar, the hotel was built at the end of the line in Algeciras and became the center of an English community. Hotel guests over the years have included kings, queens, presidents and celebrities like Orson Welles, Ava Gardner and Rock Hudson. Their signatures are reproduced on brass plaques at the reception desk. 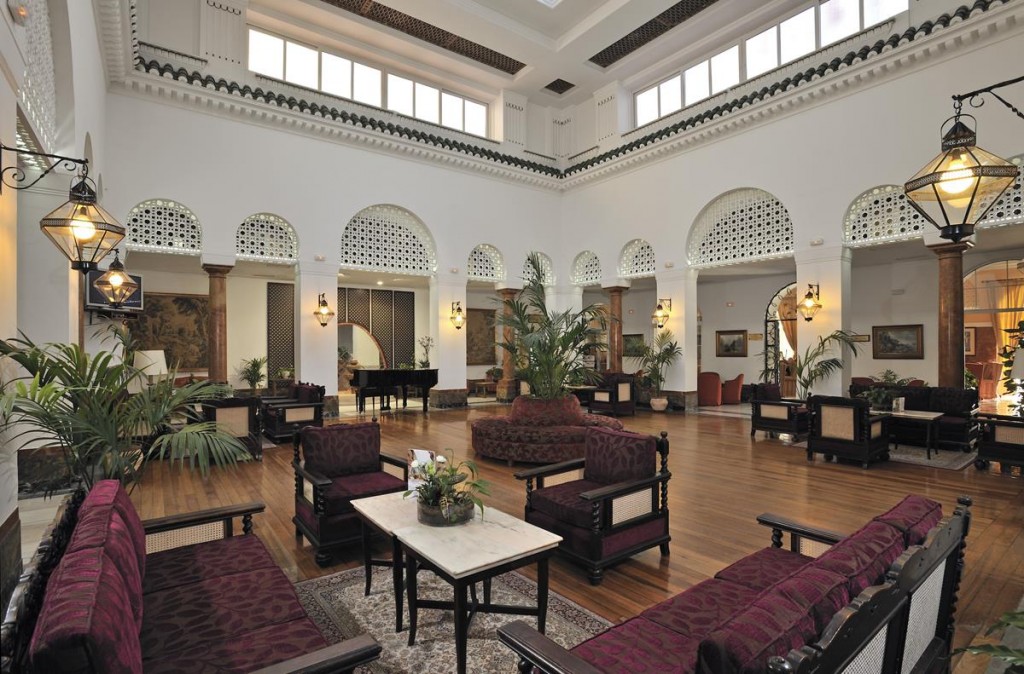 The four-star Reina Cristina no longer has a beach, but it does have a spacious pool area. Algeciras offers two beaches, with two-mile-long Playa de Getares being the best; there are no beach hotels, however.

To reach Gibraltar from the AC Hotel, I took a taxi to the public bus station and bought a ticket for the Spanish town of La Linea, a 45-minute ride away. Then I walked two blocks to the Gibraltar border and spent a full day exploring the town and the top of the Rock. On the oversized outcropping, mostly a nature reserve, I mingled with the semi-tame monkeys and enjoyed panoramic views of Africa and the Spanish coastline, including Algeciras across the bay.

Spain, Morocco, Gibraltar—three countries in three days, all from one convenient base. For me, travel doesn’t get any better than this.

For information on Algeciras and Cadiz province, visit the Cadiz Tourism website, cadizturismo.com.