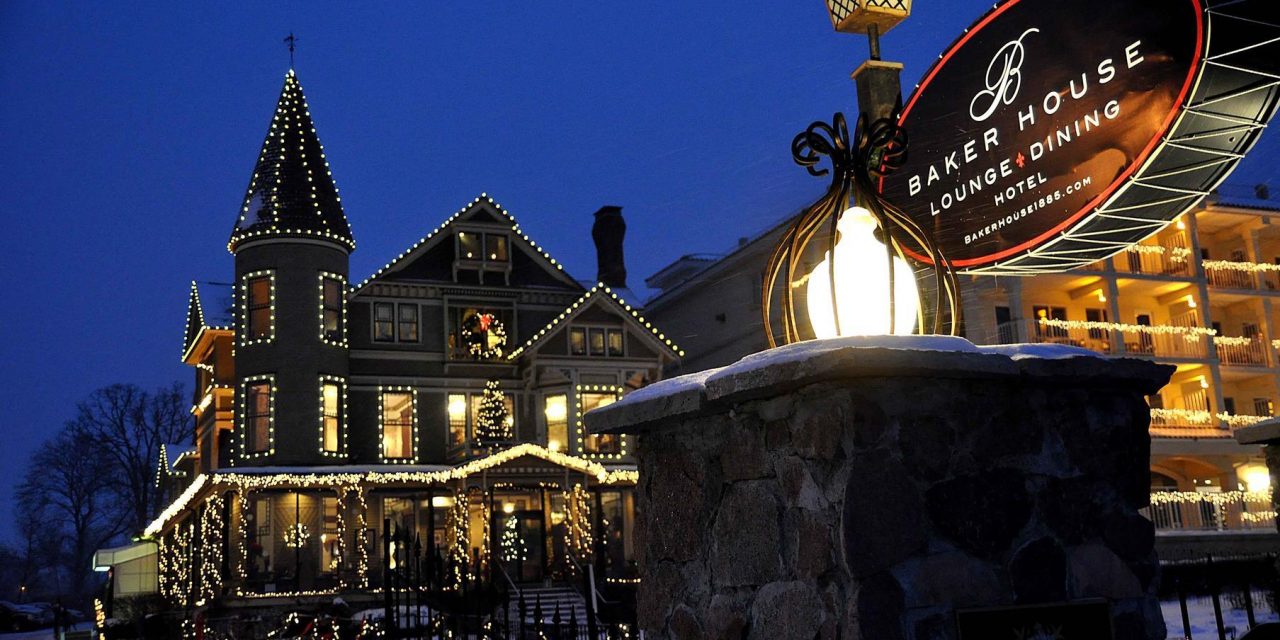 From Native American traditions to tales of hardy pioneers and wealthy tycoons, the story of Wisconsin and its people is told at popular attractions throughout the state. To engage visitors, many museums, homes and historical sites stage special annual events—some really go all out at Christmastime. Here is just a sampling of places that will enhance any itinerary:

Waterways have played a vital role in Wisconsin’s history. The Great Lakes were once the highways of mid-America, and Wisconsin’s east coast was a major player.

Wisconsin Maritime Museum at Manitowoc, the only maritime museum on the Great Lakes that is a Smithsonian affiliate, has grown into one of the largest maritime museums in the Midwest. A highlight is the World War II submarine USS Cobia, where groups can overnight.

Door County Maritime Museum features a 1919 tugboat, maritime artwork, an old Chicago fire boat, a gallery of model ships and a lighthouse exhibit. Experiment with lenses to discover how lighthouses work and see a map of all the lighthouses in Door County, complete with how far each beacon shines. 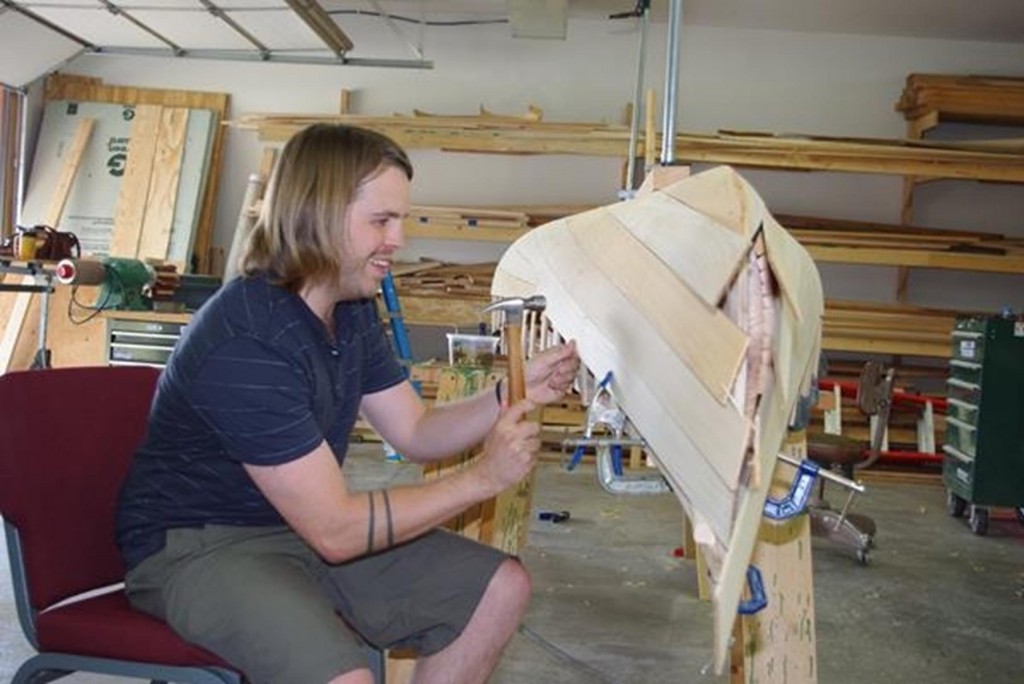 Door County is famous for its fish boils. What began as an economical way to feed hordes of lumberjacks and fishermen has become an integral part of the Wisconsin experience. When a pot full of salted water is boiling over a bonfire, the boil master adds a basket of potatoes and onions, and stories are told while they cook. Then, the mild whitefish steaks, fresh from Lake Michigan, are lowered in. At just the right moment, the boil master tosses kerosene into the fire, creating a blaze causing the water to boil over, dramatically carrying off the fish oil that has collected on top. The fish, potatoes and onions are served with a drizzling of Wisconsin butter. Rowleys Bay Resort/Restaurant is a popular place for fish boils and serves your dish how you like it, topped off with the traditional dessert of a slice of Door County cherry pie.

The canoe, practically a symbol of Wisconsin’s Northwoods region, takes center stage at the Wisconsin Canoe Heritage Museum in Spooner. It’s conveniently located steps away from the Railroad Memories Museum in the former train depot.

Black Point Estates in Lake Geneva sits atop a wooded hill overlooking the lake, a beautiful spectacle in the fall. A country estate and Victorian resort built in 1887, it was restored in 2007 with the original furnishings. Also on Lake Geneva are sister properties Baker House and Maxwell Mansion. The 30-room Baker House, built in 1885 as a summer residence, features rich architectural flourishes, a vintage game room and a time-specific bar in the original dining room. Murder mystery dinners are popular, as are holiday tours when the home is decked with lights. One block from Baker House sits the 1856 Maxwell Mansion, the first mansion in Lake Geneva and the summer home of a prominent Chicago surgeon and real estate prospector. The estate, originally named “The Oaks” for its centuries-old trees, has an in-ground pool, croquet garden, cabaret room and speakeasy furnishings. 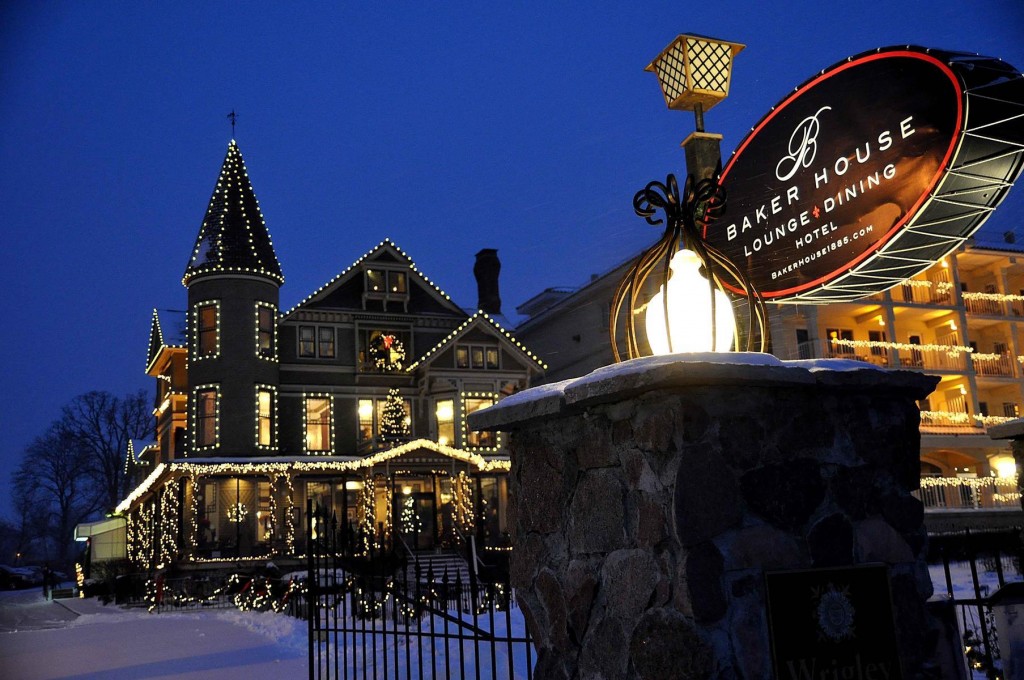 Black Point Estates, Baker House and Maxwell Mansion are all accessible via Lake Geneva Cruise Line, which offers narrated sightseeing excursions and lunch, brunch and dinner cruises. All tours point out the shoreline mansions and how the area was developed by wealthy Chicagoans in the late 1800s.

Manitowoc’s Rahr West Art Museum occupies a traditional 19th century Victorian home; each room showcases a different style of art. One moment you’re in a European gallery, then just steps away you find yourself amidst Chinese works. Fun fact: Sputnik IV crashed in front of the house in 1962. Every September, Sputnikfest takes place on the surrounding blocks and features costumes, Miss Space Debris, a pet parade and the Space Race soapbox derby. 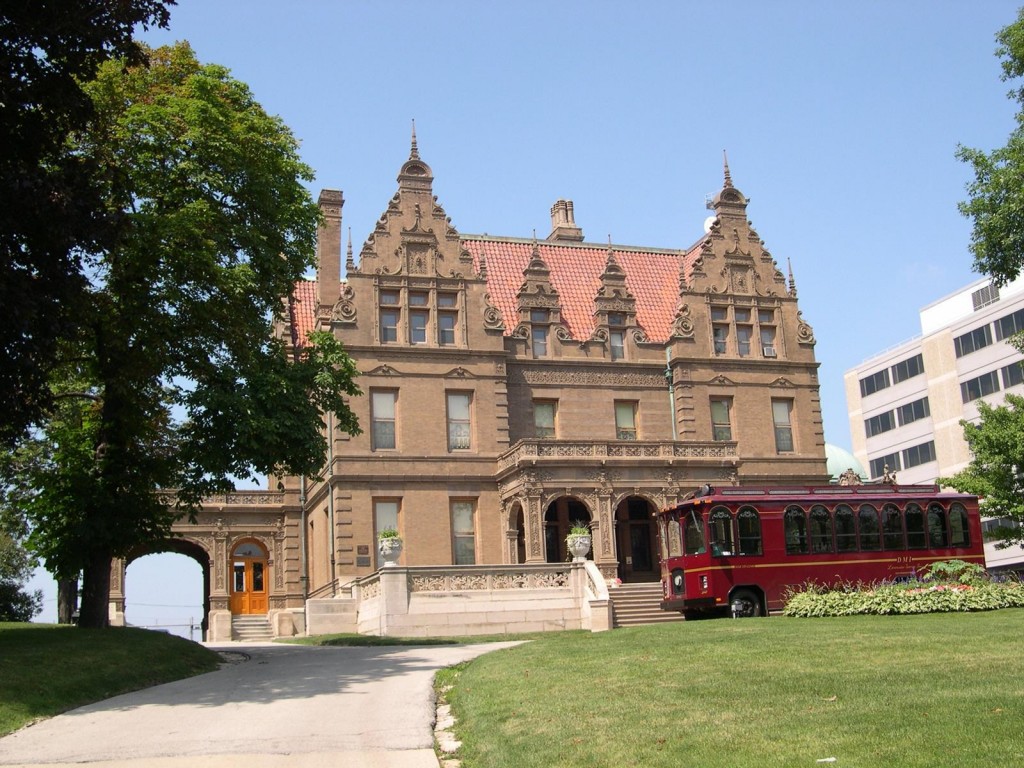 Soak in the splendor of Pabst Mansion, home of the Milwaukee beer baron. 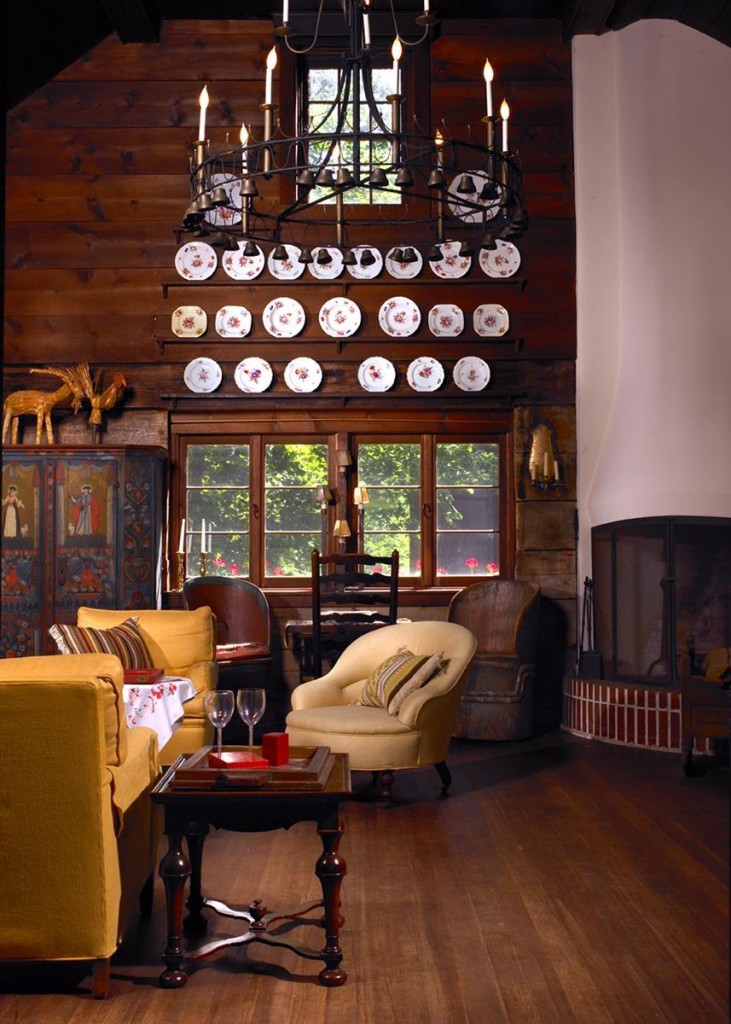 Ten Chimneys in Genesee Depot was the estate of Broadway legends Alfred Lunt and Lynne Fontanne.

When it comes to historic homes, Milwaukee’s crown jewel is Pabst Mansion, the Flemish Renaissance-style showplace of beer baron Captain Frederick Pabst. Sumptuously furnished, the 1892 Gilded Age home boasts exceptional wood craftsmanship, intricate ironwork and an impressive art collection. Some group tours combine the mansion with Best Place at the historic Pabst Brewery, where they wrap up their visit with a sampling of Pabst in the tavern.

In Genesee Depot, 30 miles west of Milwaukee, the romance of the 1930s and ’40s comes alive at Ten Chimneys, the estate lovingly created by Broadway legends Alfred Lunt and Lynn Fontanne.

Along the Mississippi River in western Wisconsin, costumed guides regale groups with tales of Victorian splendor at Villa Louis, a lavish 19th century estate on an island park in Prairie du Chien. Also on the grounds is the Fur Trade Museum and Wisconsin’s sole War of 1812 battlefield. 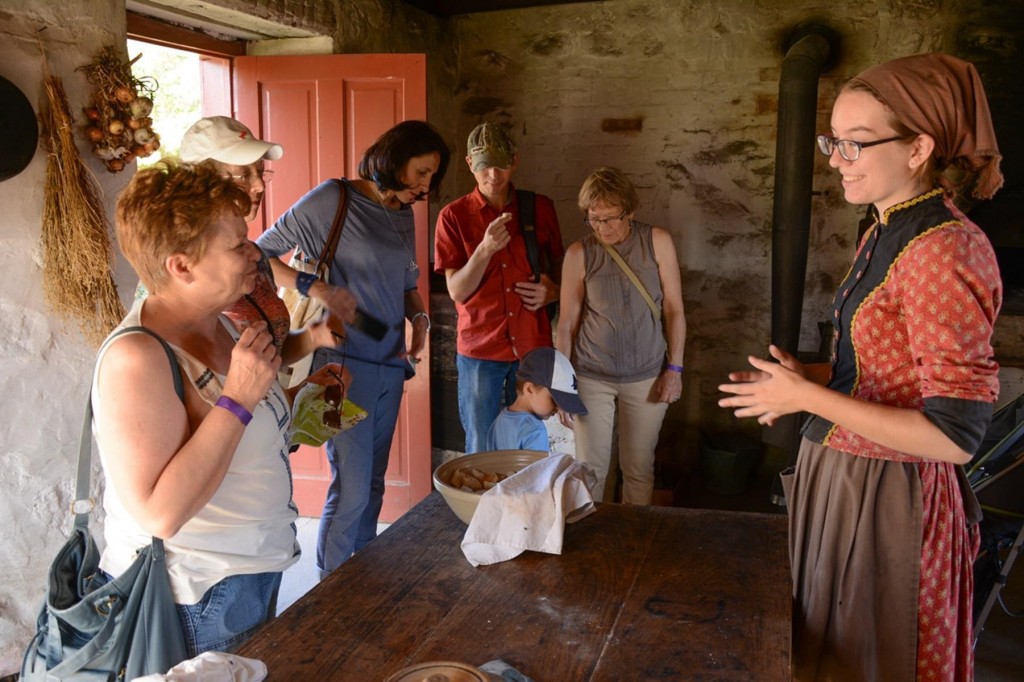 Travel back in time to explore village and farm life in Manitowoc County at Pinecrest Pioneer Village. The property features vintage homes and shops, a train car, blacksmith demonstrations, bartering activities and the seasonal Buffalo Bill Wild West Show. You also can learn about Native American life in Manitowoc, which means “house of the great spirit.”

Groups in Green Bay can step back in time on a tour of Heritage Hill State Historical Park, which includes a frontier fort, fur trader’s cabin, bark chapel and log sugaring house.

When today’s world seems to be too much with us, it’s comforting to know there are places that can offer an escape to simpler times.