In addition to the launch of new ships in 2014, another area of the cruise industry’s growth involves the acquisition of ships. Windstar Cruises’ purchase of three luxury ships from Seabourn Cruises in 2013 is now taking them to their next level of growth. The first of these 3 small all suite yacht like ships, the former Seabourn Pride, will undergo major renovations as she is transformed into the Star Pride. And then the Star Pride’s inaugural voyage takes place on May 5, 2014.

Star Pride and her Transformation Process 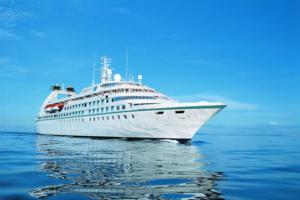 Once Windstar Cruises takes delivery of the Seabourn Pride on April 17, her transformation into the Star Pride begins. Stern to stern upgrades as well as incorporating the private yacht style Windstar is known for will be completed prior to her inaugural voyage on May 5.

And with it, the Star Pride will really align with the rest of the other ships in the Windstar fleet that have also gone through a recent $18 million fleet wide renovation. The first of their fleet without sailing masts and their first power motor yacht, the Star Pride which accommodates 212 guests, fits in perfectly, because Windstar Cruises offers cruises sailing to and exploring secluded coves and harbors, reaching areas large ships can’t. 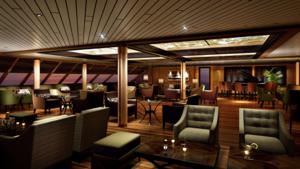 More about the refurbishment
During the 18 day stern to stern renovation, the staterooms and suites are being redone as well as the majority of the public areas. These include an updated décor, with new upholstery, furnishings, wall and floor coverings, window treatments, carpeting, and ceiling finishes. Windstar’s popular Compass Rose is being added, and includes live music during the evenings. And the Yacht Club, an indoor observation area located on the top deck, is a chic coffee bar and lounge, where guest can also enjoy the scenic views of the coast line, or simply relax.

Once the Star Pride emerges from her refurbishment, she’ll be offering some brand new itineraries their guests have been requesting. With masts on their three other ships in the fleet, Windstar Cruises couldn’t reach these areas due to the bridges. And now for the first time Windstar guests can experience new places.

The new destinations Star Pride will be sailing to include Europe, Arabia and Southeast Asia. For instance, the Star Pride will offer four new unique voyages in Europe. These include the 7 day “Black Sea Tapestry” cruise through the wonders of the Black Sea, a 9 day “Pride of the Aegean” cruise from Athens to Istanbul, as well as a 7 day “Riviera Enchantment” cruise round trip from Rome, and a 9 day “Venetian Passageways” cruise from Athens to Venice. And in May 2014, the Star Pride will dock in Monte Carlo and feature an exclusive Grand Prix themed voyage.

The Star Pride will also offer two voyages to the alluring ports of India and Arabia. And as far as Southeast Asia, the Star Pride has three brand new voyages beginning in December 2014, all with unique features. For instance the 14 day “Treasures of Southeast Asia” voyage from Singapore to Hong Kong, includes a visit to the ancient trading city of Hoi An, My Son Sanctuary, Hue, and Halong Bay. 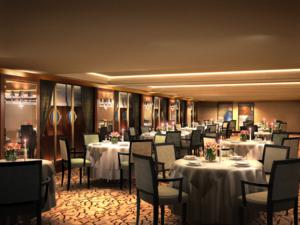 Windstar embraces casual elegance, where guests can dine when and where along with whomever they please (no jackets or ties required), with all the dining experiences are complimentary. The Veranda/Candles restaurant located in the aft of the yacht has an inviting buffet during the day, with plentiful seating during the day. And during the evening is transformed into Candles Grill, where guests can enjoy a romantic experience dining with table service under the stars. The Amphora Restaurant, Windstar’s main formal dining experience, features the contemporary international menus as well fresh dishes that are part of their signature dining.

Life Onboard
Just a few of the life onboard experiences that make Windstar Cruises more unique? Windstar has an Open Bridge experience, and guests can visit the Bridge when the yacht is at sea. They can talk with the officers on watch and the Captain, while enjoying some of the best views on the yacht. Guests onboard Windstar Cruises can also enjoy a Sail Away from each of the ports, complete with music of “1492: Conquest of Paradise.” And the Watersports Platform, a swim and sports platform located at the back of the yacht, offers guests more options to enjoy watersports activities and more. 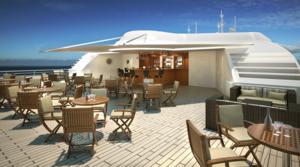 Small yacht cruising experience for your group
The growth of Windstar Cruises, with the two additional yachts it will be adding in April and May of 2015, brings new options to the sea. If your group is looking for a small yacht cruising experience along with more of an adventure, yet casual elegance and luxury edge, Windstar Cruises might be a perfect one to consider. And with the expansion into new areas with new itineraries, it’s opening up more options.