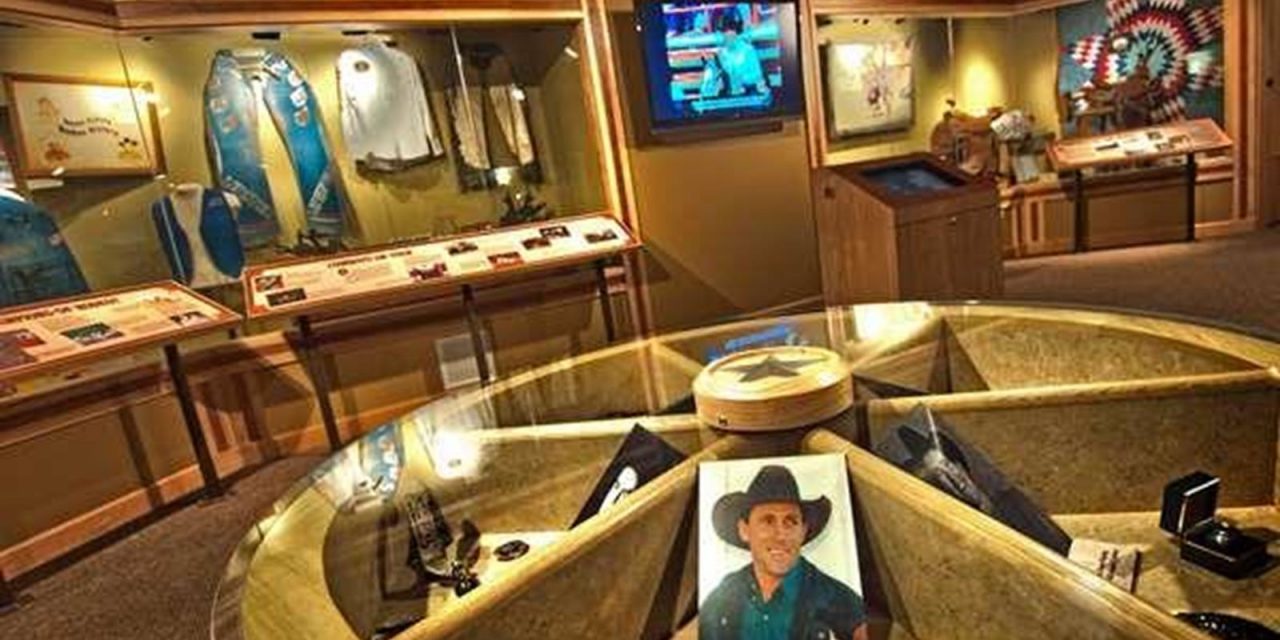 For groups in search of true Americana and the romance of our pioneer past, this is the land of gold miners and gunslingers, homesteaders and covered wagons, cowpokes rounding up cattle and Native Americans in pursuit of buffalo thundering across the plains. A wild frontier, it was the stomping grounds of iconic characters like Sitting Bull and Crazy Horse, Wild Bill Hickok and Calamity Jane.

From the farmlands of eastern South Dakota to the Black Hills in the west, tour groups find plenty of attractions and activities that showcase the state’s wild and wooly heritage. Choose from rodeos and powwows, museums and galleries, trail rides and chuckwagon suppers, wildlife watching and panning for gold. 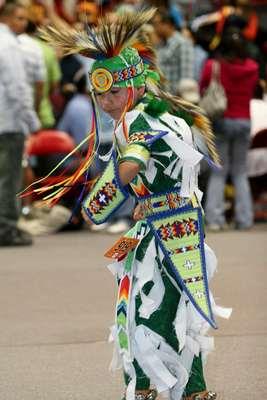 South Dakota is home to the Great Sioux Nation, which dominated the Northern Plains by the end of the 18th century. Today’s Sioux Nation is made up of nine Lakota, Nakota and Dakota tribes that welcome visitors to their communities. Nearly 72,000 Native Americans live in South Dakota, accounting for 8.8 percent of the population.

Five tribes maintain their headquarters along the mighty Missouri River in the Great Lakes tourism region of central South Dakota. Dominating the landscape, the river cuts across endless prairies and includes four massive reservoirs that serve as recreational lakes. Threading the region from the Nebraska border to North Dakota is the Native American Scenic Byway, which abounds with memorial markers, museums and other sites that commemorate the heritage of the Sioux Nation. It passes through the lands of the Yankton, Lower Brule, Crow Creek, Cheyenne River and Standing Rock tribes.

On the byway near Fort Pierre, the Buffalo Interpretive Center explains the importance of buffalo in Native American culture through exhibits and videos. Owned by the Lower Brule Sioux tribe, the center overlooks one of its three bison pastures. The Lower Brule’s Golden Buffalo Casino has a motel, convention center, restaurant and 198 slots. Eight other tribal casinos operate in South Dakota.

In Pierre, the state capital, the Cultural Heritage Center preserves South Dakota pioneer and Lakota heritage. Located near the Capitol, it tells the stories of early homesteaders and gold miners. Indian artifacts include a tipi, prayer rock and rare horse effigy.

The Akta Lakota Museum & Cultural Center, at St. Joseph’s Indian School in Chamberlain, is another tour highlight in the Great Lakes region. On display are feather headdresses, beaded moccasins, a mounted buffalo and a 36-foot diorama of the prairie as it sweeps from the Missouri River to the Black Hills. Contemporary works by Northern Plains artists are another crowd-pleaser.

The rendering of Lakota leader Crazy Horse, who defeated General Custer and his troops in 1876 at the Battle of Little Big Horn in Montana, was started 64 years ago by sculptor Korczak Ziolkowski. He was invited by Lakota elders to create a tribute to Native Americans and let people know “the red man has great heroes also.” Ziolkowski’s family has continued the work since his death in 1982. 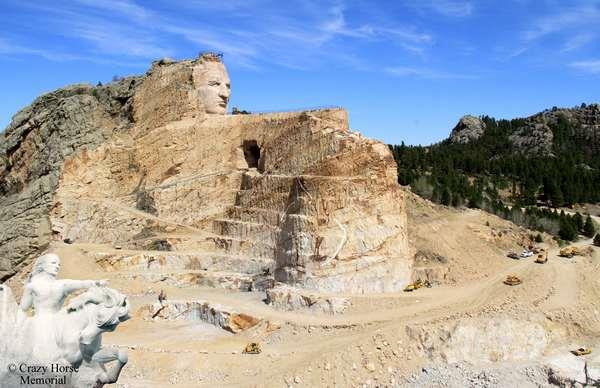 From a viewing deck less than a mile away, visitors to Crazy Horse Memorial can see the drilling and bulldozing and feel explosive blasts. Last season workers defined the chief’s hand extending toward his ancestral lands. The 90-foot-tall face was completed in 1998, and the carving of Crazy Horse on horseback will eventually be 641 feet long and 563 feet high. Visitors can see Dynamite and Dreams, a movie about the memorial, and the Indian Museum of North America. In season there’s a nightly laser light show on the mountain.

Custer State Park visitors can watch cowboys and cowgirls drive the herd during the annual Buffalo Roundup, which next year will switch from the last Monday to the last Friday of September. The park staff sorts, brands and vaccinates the animals in preparation for the fall buffalo sale. A Western and Native American arts festival takes place on Buffalo Roundup weekend. 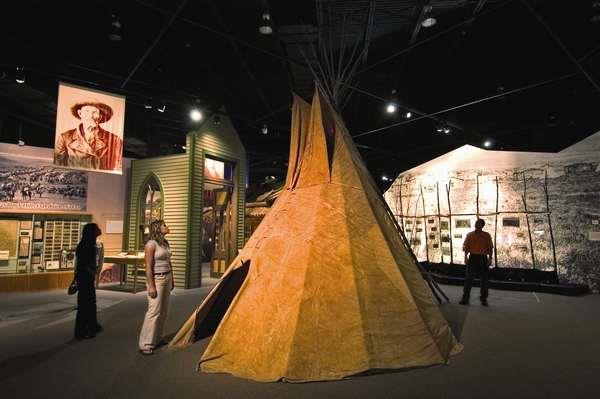 Rapid City, located on I-90 at the edge of the Black Hills National Forest, is the gateway to Mount Rushmore, Crazy Horse Memorial, Custer State Park and other Black Hills attractions. South Dakota’s second largest city (pop. 67,956) has its own share of Western lore. The Journey Museum, for example, chronicles the region’s history from dinosaur days to more recent times, covering everything from Lakota culture to the arrival of miners, mountain men and military expeditions.

In historic downtown Rapid City, shops like Prairie Edge Trading Co. & Galleries sell a variety of Indian crafts, from drums and dolls to beaded jewelry and painted buffalo robes. At Sioux Pottery visitors can see Native American artists at work as they form and paint vases, burial urns and other pieces from the red clay of the Black Hills. Also downtown is The City of Presidents, a self-guided walking tour of 42 life-size bronze statues of U.S. presidents. 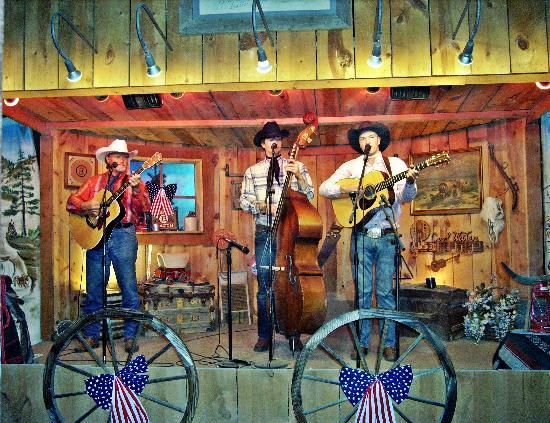 A trip to South Dakota is not complete without a stop at Wall Drug, one of America’s most famous roadside attractions since 1931. Besides every imaginable cowboy and Indian souvenir for sale, the retail/dining complex in Wall, 50 miles east of Rapid City on I-90, offers picture-taking props and animated displays like a life-size cowboy orchestra. Three dining rooms boast a world-class collection of Western and Native American art. Signature menu items include hot roast beef sandwiches, buffalo burgers, homemade donuts and five-cent coffee.

The town of Wall, located at the northern edge of the Badlands, is less than an hour north of Pine Ridge Indian Reservation, home of the Oglala Sioux. Visitors to the reservation can admire Native American artwork—paintings, beadwork, quillwork, wood and stone carvings—at The Heritage Center at Red Cloud, on the campus of Red Cloud Indian School. The Red Cloud Indian Art Show is held from the first Sunday in June to the second Sunday in August. Also on the reservation is Oglala Lakota College Historical Center.

In the northern Black Hills, the town of Deadwood embodies all the stereotypes of the Wild West. Founded in 1876 as a mining camp, Deadwood was built on gold, gambling and gunpowder. Guests today can experience its bold and bawdy past at 80 gaming halls. Carefully restored since gambling was approved in 1989, the entire town is a National Historic Landmark. Brick-paved streets, period lighting and old-time trolleys enhance the atmosphere, and actors take part in a daily shoot-out during the season. 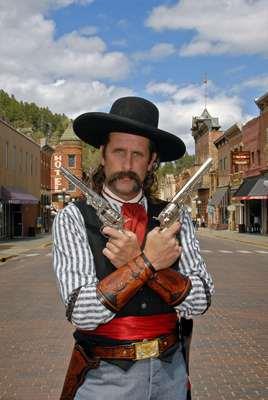 The new $5.25-million home of Deadwood’s Days of ’76 Museum opened this past summer. Housing Western and Indian artifacts, it showcases the state’s largest collection of horse-drawn vehicles, some of them used in the parade held during the Days of ’76 Rodeo celebration every July. Groups in Deadwood also can tour Broken Boot Gold Mine and see the gravesites of Wild Bill Hickok and Calamity Jane at Mount Moriah Cemetery. Interactive exhibits at Tatanka: Story of the Bison explain the close relationship between bison and Native Americans. Its centerpiece is a larger-than-life bronze sculpture of 14 bison and three riders in pursuit.

One company in eastern South Dakota brings America’s Western legacy to life and offers tours for groups only. Hansen Wheel & Wagon Shop in Letcher is a carriage and wagon manufacturer that custom-builds and restores historically accurate covered wagons, chuckwagons and stagecoaches. Groups can witness the art of the blacksmith, wheelwright and coach maker, and view a collection of 50-plus wagons.

More nostalgia awaits at the Dakota Discovery Museum in nearby Mitchell, famed for its Corn Palace. Located on the Dakota Wesleyan University campus, the historic village complex includes an 1885 schoolhouse, 1908 country church, 1914 train depot and the 1886 home of one of the Corn Palace’s co-founders. Exhibits spotlight Indian cultures, fur trading, railroading, farming and ranching. One of four art galleries features the abstract art of Yankton Sioux artist Oscar Howe. Also in town is Mitchell Prehistoric Indian Village, an archaeological site with excavated artifacts on display.

Fans of author Laura Ingalls Wilder flock to De Smet, a small farming community on the prairie that served as a setting for six of her “Little House” books about childhood memories of life with her pioneering family. Groups can tour two homes filled with items that belonged to Ingalls and her family, plus the first school she attended. Ingalls Homestead/Laura’s Living Prairie, a living history farm on land homesteaded by Pa Ingalls, offers covered wagon rides, hands-on pioneering activities and an 1880s school session. Dates for next year’s Laura Ingalls Wilder Pageant, an outdoor theater production, are July 5-7, 12-14 and 19-21.

Just as the settlers and fortune seekers did more than a hundred years ago, group travelers will find a world of possibilities in South Dakota, where the Midwest meets the West. Stunning landscapes, slices of history, places to shop, shows to see…it’s all there in the land of Great Faces and Great Places.