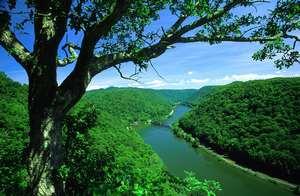 An oddly shaped piece of land, with eastern and northern panhandles jutting into surrounding states, West Virginia reigns as a mountain kingdom unto itself. Situated between the Midwest, Southeast and Mid-Atlantic, it is a bit hard to classify. Is it Southern or Eastern? Or a high-altitude slice of Middle America?

For tour planners, there’s really no need to pigeonhole West Virginia geographically. The main thing to know – its tourism offerings are exceedingly group-friendly. And the awesome Appalachian setting doesn’t hurt.

View the Digital Flipbook Edition Below