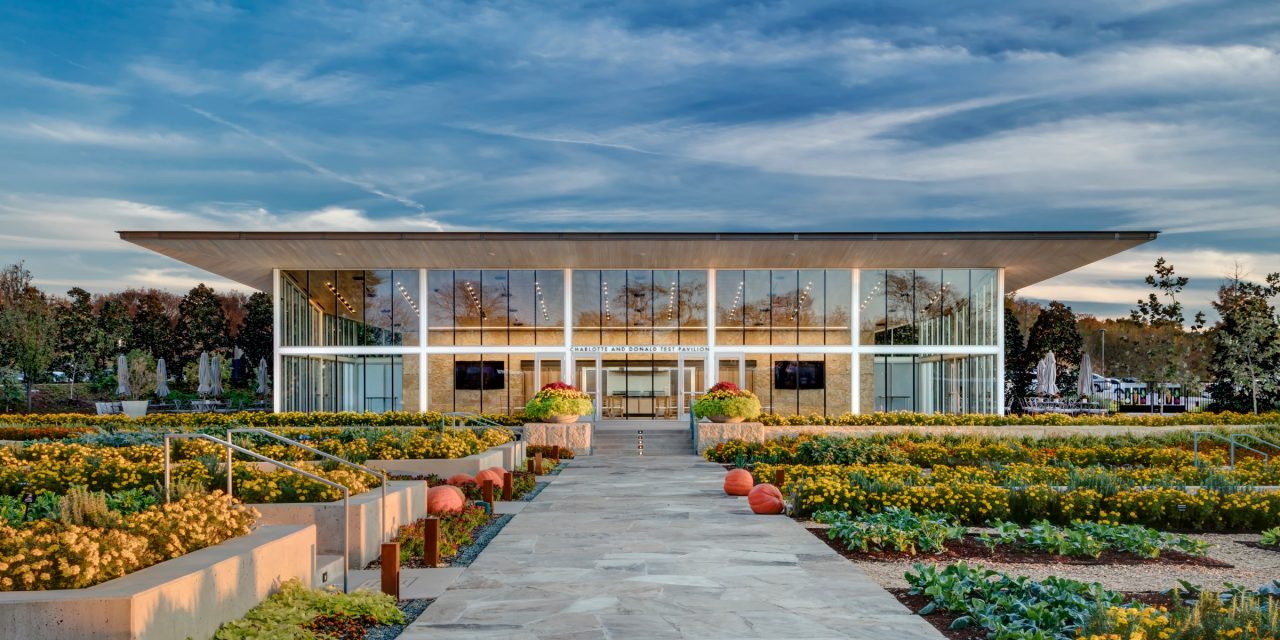 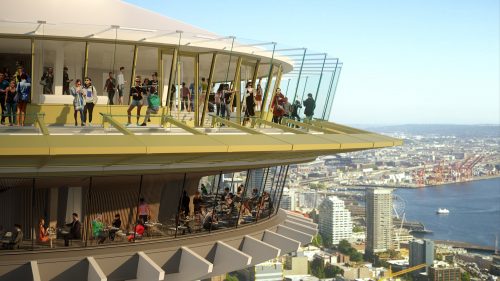 The observation decks of Seattle’s iconic Space Needle are undergoing a $100 million “spacelift” and soon will unveil new features. The addition of glass panels in the open-air area will allow guests to sit in attached glass benches that will tilt in such a way that they give visitors unparalleled views downward, allowing them to “dangle” their feet over Seattle. Back inside, a circular stairway made of steel, wood and glass will connect the upper observation level to a lower level featuring the world’s only glass rotating floor observation deck and lounge. The jaw-dropping floor, composed of 10 layers of glass weighing 37 tons, will open up a never-before-seen downward view of the Space Needle. The tower, one of the world’s most recognizable landmarks, has remained open to visitors during the renovation. (seewhatsup.space)

Monterey has just the ticket for movie buffs. The Monterey Movie Tours bus takes cinema fans to filming sites and shows clips of the movies on overhead monitors. Noteworthy movies filmed in the area include Surf at Monterey, Mutiny on the Bounty, Rebecca, Basic Instinct and Star Trek IV: The Voyage Home. The tour includes cruising by landmarks such as Cannery Row, 17-Mile Drive, Lone Cypress Tree, Bird Rock and Carmel Mission. (montereymovietours.com) 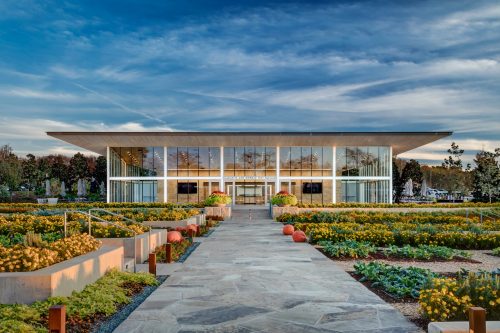 The Dallas Arboretum will introduce an edible display garden.

The Dallas Arboretum and Botanical Garden offers another attractive addition to its property with the opening of A Tasteful Place, a year-round edible display garden complete with a newly developed lagoon and meandering walkways. The 3.5-acre garden will also include a pavilion with an event space and teaching kitchen, an orchard, beds of ornamental display vegetables, herbs and flowers, and shaded porches. A Tasteful Place was inspired by the movement toward growing and eating fresh, locally grown food. Planned programming will include daily tastings or recipes developed from the garden’s featured plants as well as cooking classes and garden-to-table dinners. (dallasarboretum.org)

After a two-year hiatus, the Cartoon Art Museum recently opened in its new home at Fisherman’s Wharf in San Francisco. The museum, previously located in the city’s Yerba Buena Gardens cultural district, celebrates the history of cartoon art, its role in society and its universal appeal, featuring everything from comic strips, comic books and anime to political cartoons, graphic novels and underground comics. From Thursdays through Tuesdays from 11 a.m. to 5 p.m., visitors can peruse the exhibitions and enjoy spectacular views of the Bay, Golden Gate Bridge and Alcatraz. (cartoonart.org)