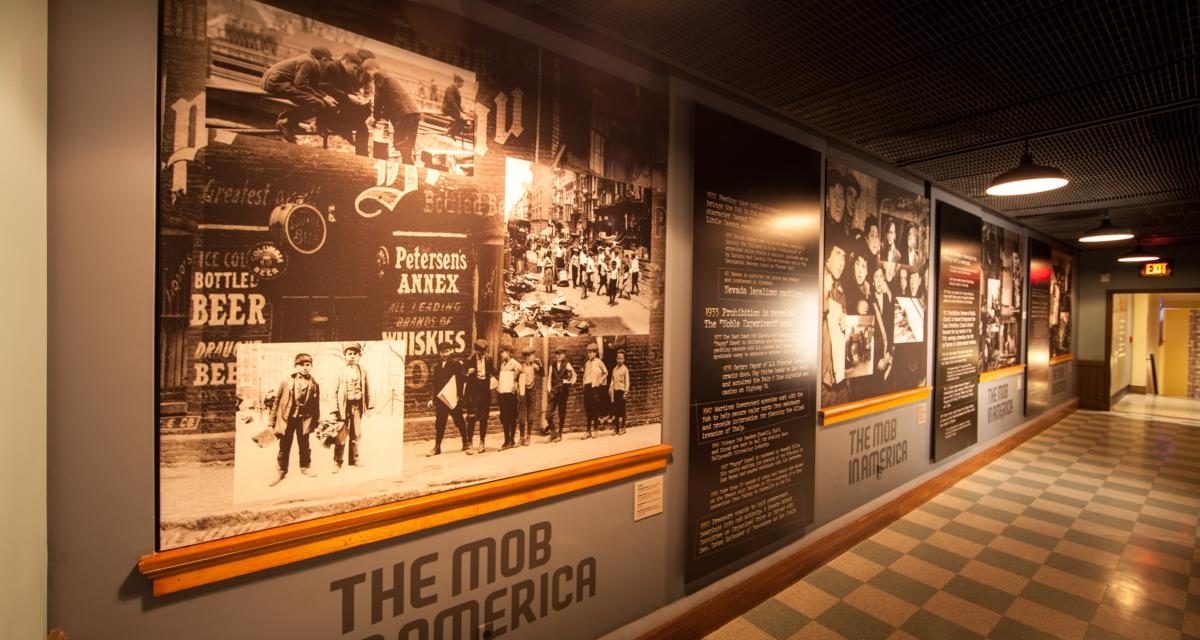 A State for Beer Lovers • Montana

Surprisingly, Montana has the fourth highest number of craft breweries in the country. Thanks to a wealth of local ingredients, including wheat, barley and hops, along with fresh glacier water, brewers pride themselves on providing a unique taste in every pour. Groups can tour breweries or enjoy the local brews at restaurants and taprooms across the state. In May the state celebrates the start of summer with a number of craft beer festivals, but these beers can be enjoyed year-round.

The Mob Museum, the National Museum of Organized Crime and Law Enforcement, debuted its major first-floor renovation, which includes a brand-new exhibition space called Organized Crime Today. Two new experiential spaces at the Las Vegas attraction include the Use of Force Training Experience
and Crime Lab, which join the museum’s already robust experiential platform, focusing on methods employed by law enforcement to apprehend and prosecute criminals and their organizations. These new exhibits and experiences represent the first phase of the museum’s largest capital improvement project since opening in 2012. The next phase of the museum’s expansion will be completed this April with the opening of The Underground, a working speakeasy and distillery.

Avid movie fans will flock to the state-of-the-art Academy Museum when it opens next year in downtown Los Angeles.

The Academy of Motion Picture Arts and Sciences is building the world’s premier movie museum in the heart of downtown LA. The 50,000-square-foot, six-story Academy Museum is set to open in 2019 featuring state-of-the-art galleries, exhibition spaces, movie theaters, educational areas and special event spaces. It’s the world’s first institution dedicated to the art and science of movies. The museum will draw from the unparalleled collection of the Academy of Motion Picture Arts and Sciences, which includes more than 12 million photographs, 190,000 film and video assets, 80,000 screenplays, 61,000 posters, 20,000 production and costume design drawings and 104,000 pieces of production art.

Those looking for a taste of astronaut life will find it in Southern New Mexico. Spaceport America, the world’s first commercial spaceport, has launched a half-day interactive tour inside its secure space launch facility. Guests can experience the G-Shock simulator that mimics the rapid acceleration that astronauts feel, interact with crew members in the Spaceport Operations Center and tour the Gateway to Space terminal/hangar. Spaceport’s mission is to make space travel as accessible to all as air travel is today. (spaceportamerica.com)