United States Marshals Museum to be Dedicated in Fall of 2019 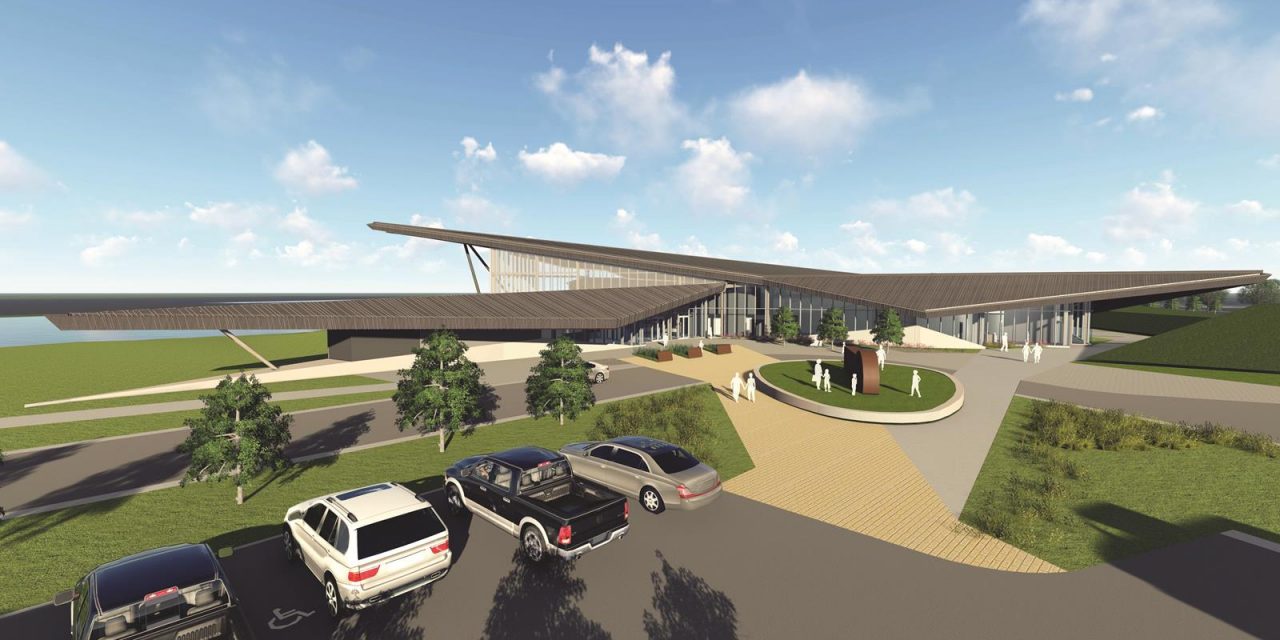 Museum facility and Samuel M. Sicard Hall of Honor dedicated on the 230th anniversary of the United States Marshals

Created by the Judiciary Act of 1789 during George Washington’s presidency, the United States Marshals Service is the oldest federal law enforcement agency within the U.S. Justice Department. For the agency’s first 100 years, they were usually patronage jobs appointed by a district judge.

Although best known for their law enforcement work, U.S. marshals were given extensive authority in support of the federal courts in their districts. They served summons, subpoenas and warrants. Through 1870, they took the census every 10 years and distributed presidential proclamations. As the American Frontier expanded, marshals were instrumental in keeping law and order in the Wild West areas that had no local government. Notable U.S. marshals and their deputies apprehended the bad guys and frequently engaged in shootouts. In October 1881 Deputy U.S. Marshals Virgil, Morgan and Wyatt Earp and Deputy U.S. Marshall “Doc” Holiday sent Frank and Tom McLaury and Billy Clanton to their graves in the famous “gunfight at the O.K. Corral in Tombstone, Arizona.

From 1920 to 1933, marshals were tasked with enforcing Prohibition. Later in the 20th century, marshals were in the forefront of the 1960s civil rights movement.

Today, U.S. marshals transport federal prisoners and protect endangered federal witnesses. Marshals perform more than 55 percent of federal fugitive arrests. An important responsibility of the marshals is the U.S. Witness Protection Program. The United States marshals are certainly deserving of their own museum. 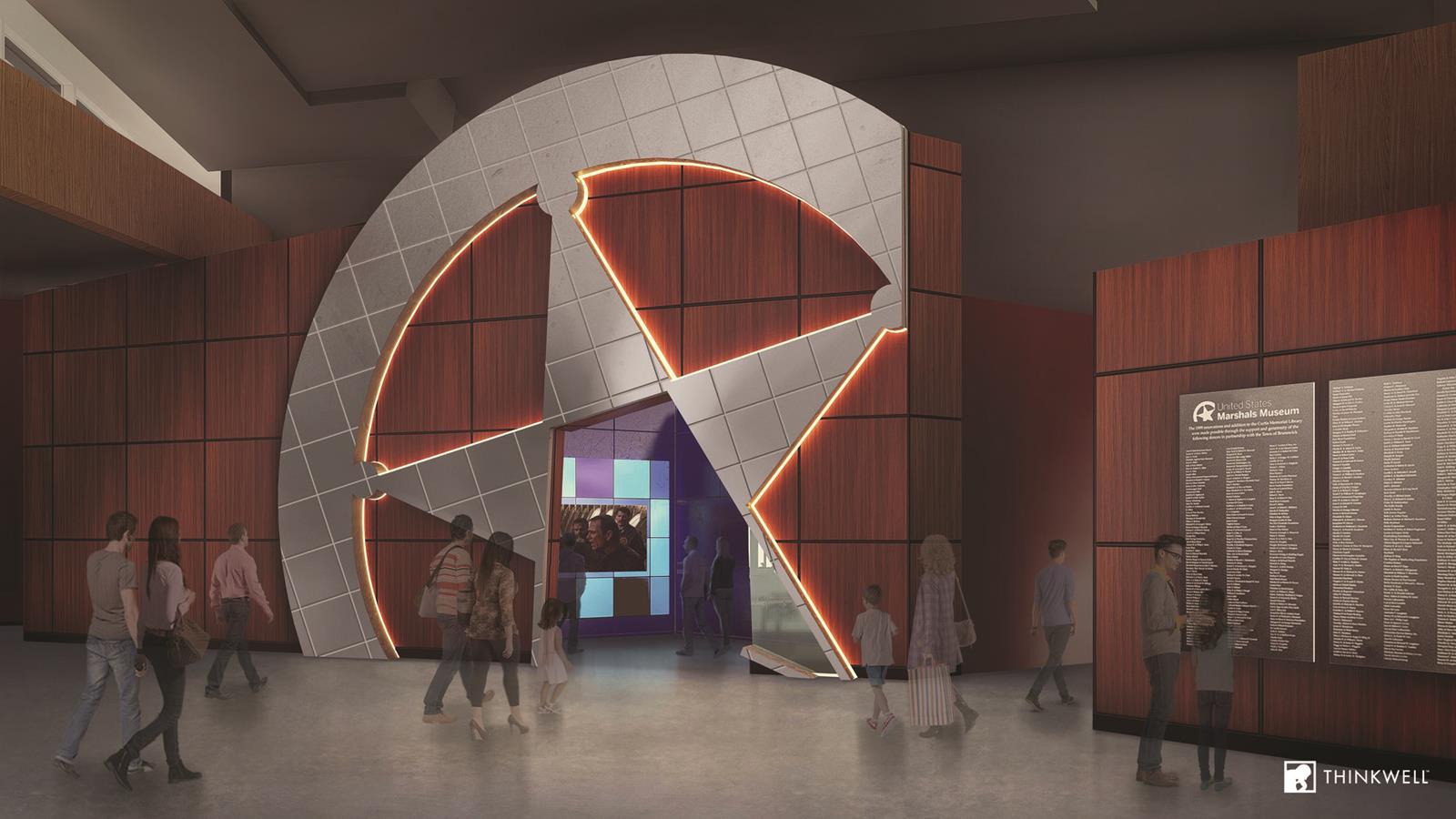 January 2007 came the announcement that after a two-year procedure, Fort Smith, Arkansas would be the home of the U.S. Marshals Museum.

Fort Smith is often considered hallowed, as more marshals and deputy marshals died riding out of the frontier town to perform their duties.

Although the museum’s purpose is to honor a federal law enforcement agency, the museum isn’t federally funded. The project has been funded almost entirely by foundations, businesses and individual donors. The Robbie Westphal family donated land along the Arkansas River providing a stunning setting for the museum.

When completed, the U.S. Marshals Museum will represent more than a $50 million investment with a significant economic impact on Fort Smith and the surrounding area. “The community-wide ‘Bring It Home’ campaign that was so successful in securing the U.S. Marshal Museum assures Fort Smith of a major tourism impact for years to come,” said Carolyn Joyce, tour & travel sales director Fort Smith Convention & Visitors Bureau.

The exterior design is a modified star shape illustrating the star badge worn by U.S. marshals. The innovative Mary Carlton and Robert A. Young III building will house the museum. Five interior galleries share the marshals’ critical and often unnoticed role in upholding the Rule of Law. More than 1,000 artifacts are part of the collection. The galleries are still under construction and likely will not be open for the dedication. An opening date has not been announced.

“Defining the Marshals Gallery” will provide an understanding of the marshals’ role, the agency’s founding and its principles and duties. A distinct timeline traces the history from the Judiciary Act of 1789 to the vital service the service provides in the 21st century. Several interactive exhibits will show the work the marshals have performed. 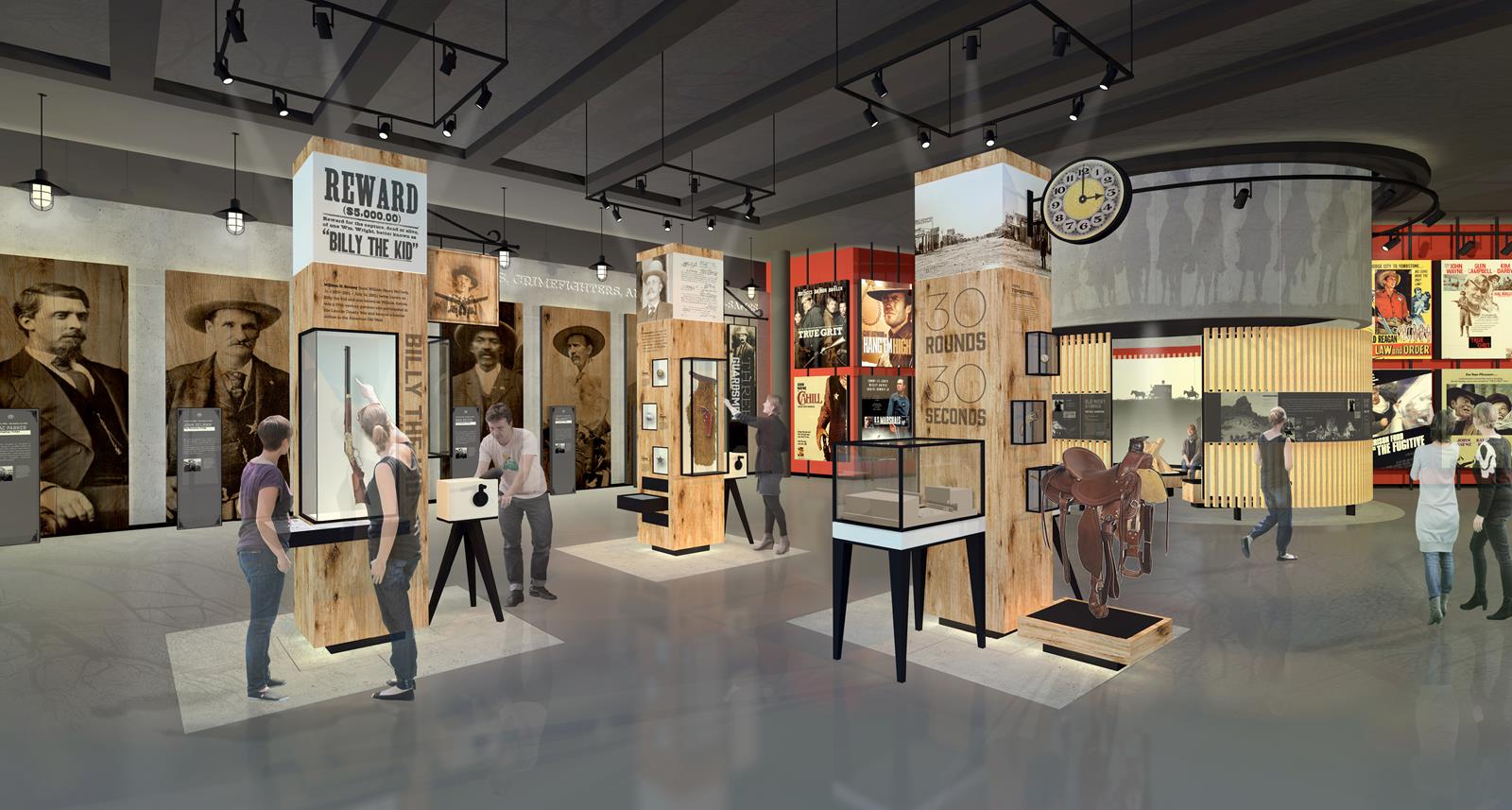 The “Campfire/Under the Stars Gallery” is the hub of the museum and sets the stage for storied moments of marshal history. Four marshals from different generations share stories as shadowy figures flare to life and then disappear at appropriate moments.

In the “Frontier Marshals Gallery” the role and risks of being the symbol of law in the western frontier and Indian Territory are shown. A variety of exhibits share the responsibilities and challenges of being frontier marshals. The intriguing story of Bass Reeves, an escaped slave that later became a U.S. marshal is told and his pocket watch is on display.

“A Changing Nation Gallery” is themed with the commitment that marshals are bound by duty to uphold the law regardless of their own beliefs. The central role they played during turbulent times from Prohibition and America’s civil rights movement to riots, strikes, bombings and natural disasters are presented.

In the “Modern Marshals Gallery” groups will witness the expansive work marshals perform, today. The technologies and tactics marshals use for apprehension of fugitives in the U.S. and abroad. An inspirational explanation in the words of marshals tells of why their work matters.

Groups may also pay tribute to the 350 marshals killed in the line of duty since 1789 by visiting the Samuel M. Sicard Hall of Honor, which will open September 24, 2019, with exhibits and displays opening at a later date.

The Museum’s National Learning Center will combine the guest’s experience with the option for optional programming featuring the Constitution, Rule of Law and civic literacy. For details, visit online at usmmuseum.org, or call 479-709-3766.