Social networks like Twitter, Facebook, and YouTube have put the power of the media in hands of the average citizen. Entrepreneurs, information marketers, and college students have learned that they can be the media for audiences both large and small. They have also learned that the nightly news and the traditional print media will share their stories. This shift in the “power of the press” carries with it three rules of social media marketing for businesses large and small. These three rules are: 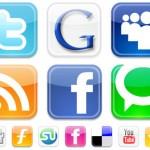 Learn how to properly use social networking tools

• Silence is not golden…it’s guilty.

• Buzz is the bomb…it can propel you to the top, or blow up in your face.

Silence is Not Golden…It’s Guilty

In high school science, we learn that nature abhors a vacuum. Well nowhere is this truer than on the Internet. If a business fails to comment on an event, good or bad, then the social media will rush in to fill the void around the corporate brand. It’s very simple. The construction of search engines and social media is such that there will never be silence associated with any brand.

Whether the brand is the iPhone, Coca-Cola, Pepsi, Disney, Universal Studios, or an unknown convenient store on the corner of Smalltown, USA; if something happens, somebody must comment. That is the nature of the Internet and the social media in the 21st century. With the advent of internet enabled cell phones, YouTube enabled smart phones, text messaging and location enabled Twitter, everybody is not just a news reporter; they are a video historian. Watch the evening news in any market, anywhere in the world, and you will see YouTube video broadcast about a news event that has happened that day. Nothing is more powerful than eyewitness testimony, both in a court of law and on the six o’clock news.

It is important to remember that is not the occasional user of the social media who is making these reports; it is the regular blogger, the regular Twitter broadcaster, and the regular YouTube poster, who is making these reports. They have followers and their followers have followers. The average reach of these individuals is over 20,000, and their audience is reliable. This means that corporations cannot just broadcast a message in the social media when something happens, corporations must have a presence 24/7. The social media presence of a corporation must be part of an ongoing plan and deliberate social media optimization process that ensures that the corporation has an audience, and that the corporate audience is larger than that of any client or customer who may come through their door.

The social media is a cultural phenomenon based on a conglomerate of social norms and behaviors that span age groups and demographics. And as a result, the rules are difficult for many entrepreneurs and executives to negotiate. But one of the rules that is constant across all social media platforms is the first story told is the first story believed. Further, in the social media, the first story about a major event, positive or negative, will be retold, retransmitted and shared among social media users. The first story told in the social media will be converted to email and resent. The first story told is also the most likely story to make the transition to traditional media, in other words, it will become news. Because of this, it is not enough to respond when a message appears on one of the popular social media platforms, such as Facebook for Twitter. Instead, when an event occurs, a business must have a prepared statement ready to transmit immediately through an established social media optimization program to ensure that the corporate message is first story told. Ideally, this corporate message will even precede those messages, blogs, tweets, and YouTube postings that may be coming from those customers actually involved as participants in the event.

And don’t believe for a second that blocking cell phone communications, disconnecting Wi-Fi, shutting down Internet or in some other fashion, disrupting access to the social media will delay negative social media messages. This has been tried by major governments around the world and in every instance, not only has it in fact accelerated the rate that these messages have been transmitted, but increased the negative sentiment attached to the event. Ironically such attempts to block social media messages actually expanded the reach of every message that the perpetrators attempted to block.

The great Vince Lombardi once said, “the best defense is a strong offense.” In the social media, nothing could be more true. The only way to counter a negative message is to send your positive message, even before the first negative message can be transmitted.

Buzz is the Bomb…It Can Propel You to the Top, or Blow Up in Your Face

W.C. Fields once said, “I don’t care what you say about me, so long as you spell my name correctly.” In the social media, W.C. Fields’ advice would be disastrous. What is said absolutely matters. The sentiment surrounding the brand determines the degree of influence that a message has and it determines the action taken by those who receive the message. The goal of all marketing is to influence potential clients and potential customers to make a purchase. In the social media, that means that they must be influenced to reach for the mouse, reach for the credit card, reach for their wallet and make the purchase.

If the sentiment surrounding your message is negative, buzz can blow up in your face. Research shows that a negative message will be sent on four times more frequently than a positive message, thus doing four times the damage, influencing four times as many people not to buy.

W.C. Fields was wrong, it is not good enough that your name is spelled correctly, something good must be said as well. The easiest way to ensure that something good is said, influence those who influence others to say something good about you. Again, this is done by having a constant positive presence in the social media, even before anything noteworthy happens at your company, at your place of business, in your brand.

There are three rules of social media marketing for businesses large and small. Turn on the news any night and you will see big business that have failed to follow these three simple rules. Whether it is a cruise ship with a passenger falling overboard and 124,000 tweets telling the story of how they left him behind, or it is a major amusement park with the most anticipated themed ride in a decade breaking down, trapping riders for 45 minutes and generating 50 YouTube uploads. To succeed in the social media remember: Silence is not golden, businesses must be in the social media early, regularly, and constantly. The first story told is the first story retold. To be the one telling your story, influencing others to retell your story, businesses must take ownership of that message, or someone else will fill the void and tell your story for you from their perspective. And finally, buzz is the bomb. That buzz must be positive, so that the bomb does not blow up in your face.

About the Author:
Dr. Maurice A. Ramirez is founder of the consulting firm High Alert, LLC. He is a renowned speaker on the importance of social networking and has presented to national organizations. As a consultant, Dr. Ramirez assists companies to align business continuity plans with personnel and customer behavior during adversity. Dr. Ramirez is founding chairperson of the American Board of Disaster Medicine and a Senior Physician-Federal Medical Officer. Please visit www.high-alert.com