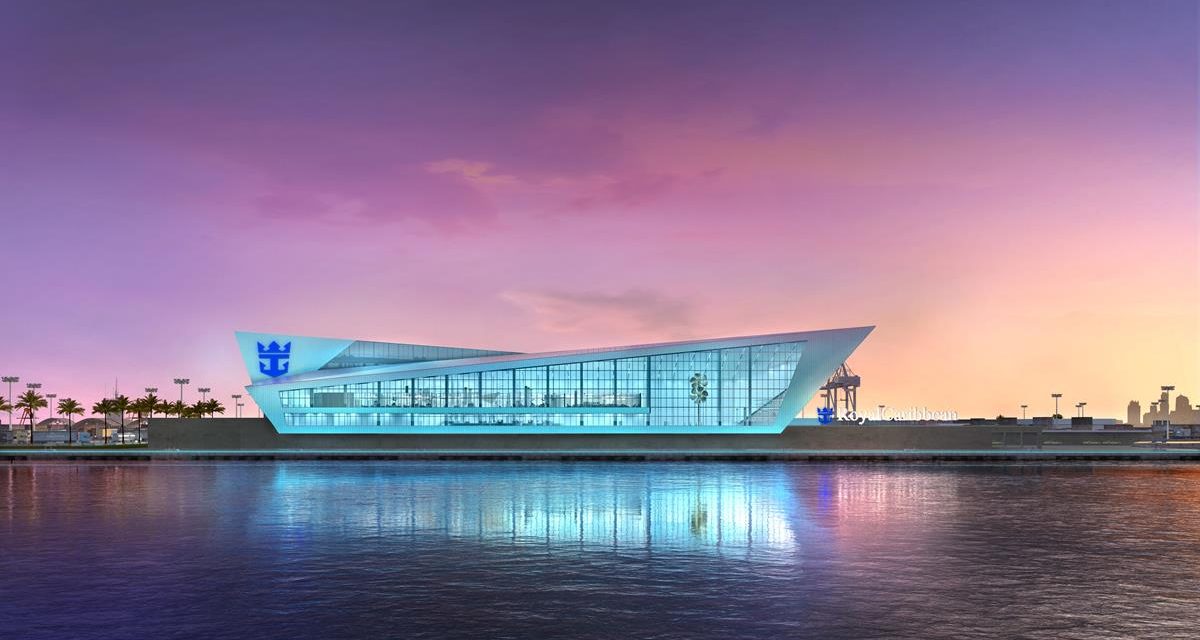 Symphony of the Seas is Royal Caribbean’s fourth Oasis-class ship. At more than 230,000 gross registered tons, she’ll be the world’s largest cruise ship, carrying 5,500 guests based on double occupancy. She is the 25th ship in Royal Caribbean’s fleet. 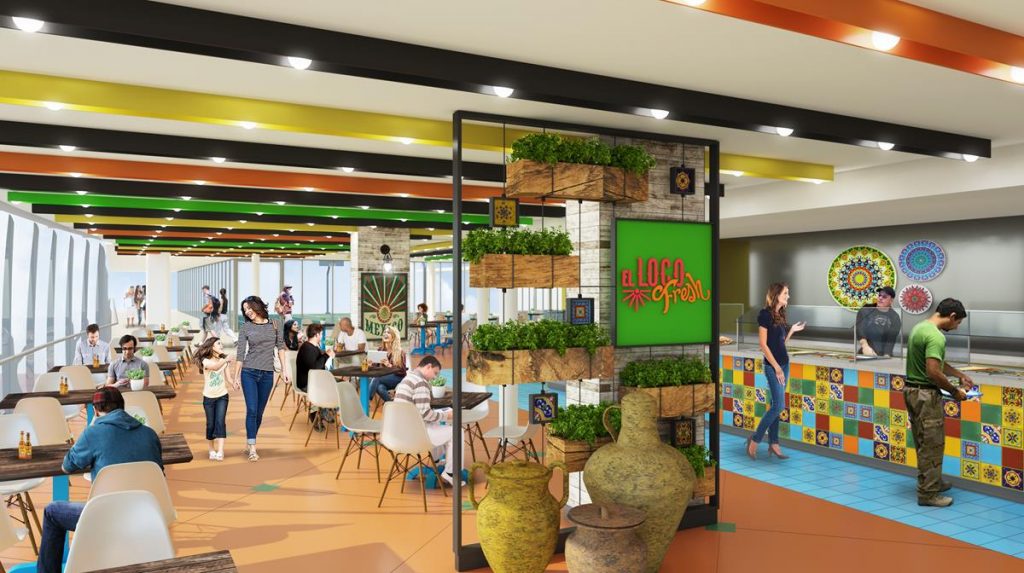 Guests onboard Symphony of the Seas can enjoy some new diverse dining options onboard. Hooked Seafood is Royal Caribbean’s first New England-style seafood restaurant. This casually sophisticated restaurant features fresh seafood and raw bar featuring oysters shucked to order. Located at the front of the ship in the Solarium, Hooked Seafood serves lunch and dinner while giving guests expansive views of the open water.

Signature culinary favorites include Park Cafe, Izumi Hibachi and Sushi, and Wonderland Imaginative Cuisine. Others are 150 Central Park with its American seasonal menu and Jamie’s Italian by Jamie Oliver. Symphony of the Seas will have more than 20 specialty and complimentary restaurants located on her seven neighborhoods. 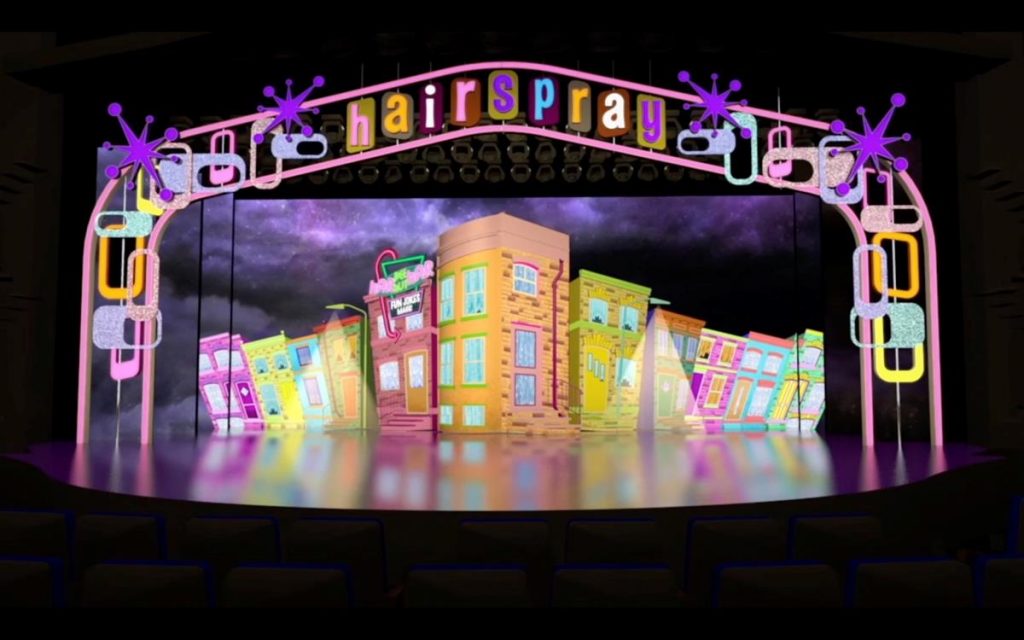 Bringing immersive shows and theater magic that extends beyond the stage and engages the audience is something Royal Caribbean is well known for. Symphony of the Seas will once again raise the bar. “Hairspray,” which was Royal Caribbean’s first Broadway musical at sea, is returning on Symphony of the Seas with a refresh and will headline in the Royal Theater. “Flight,” a new Royal Caribbean production, will also play the Royal Theater. A historical satire on the evolution of air travel, “Flight” pays homage to the Wright Brothers. And a new aqua show, “HiRo,” takes place in the Aqua Theater open-air amphitheater, offering high-diving and acrobatics. A new time-travel adventure will be showcased in Studio B. The high-tech ice-skating show “1977” brings guests to London on the very evening of the Queen’s Silver Jubilee when her Crown Jewels are stolen.

Entertainment Place is a contemporary night club district with more intimate venues. Casino Royale is the anchor. Thanks to state-of-the-art technology and special effects, Studio B, home to the skating rink, is transformed into the world’s largest laser tag arena. Friends, family and foes can battle over the fate of the last planet in the galaxy in this epic glow-in-the-dark laser tag experience. There’s also a new Puzzle Break experience onboard Symphony. Teams racing against the clock learn and work together towards achieving a common goal before time runs out, escaping the submarine-themed room. The Attic has the vibes of a downtown comedy club and transforms into a lounge for dancing and late-night drinks. Jazz enthusiasts will like Jazz on 4.

The Boardwalk on Symphony of the Seas brings a new pulse. Playmakers, a sports bar and arcade, will occupy one side of the area. Its 30 TVs will be tuned in to a variety of sports. Opposite Playmakers will be Sugar Beach, a candy and ice cream shop. Boardwalk will also have a hand-carved carousel and the signature Aqua Theater. 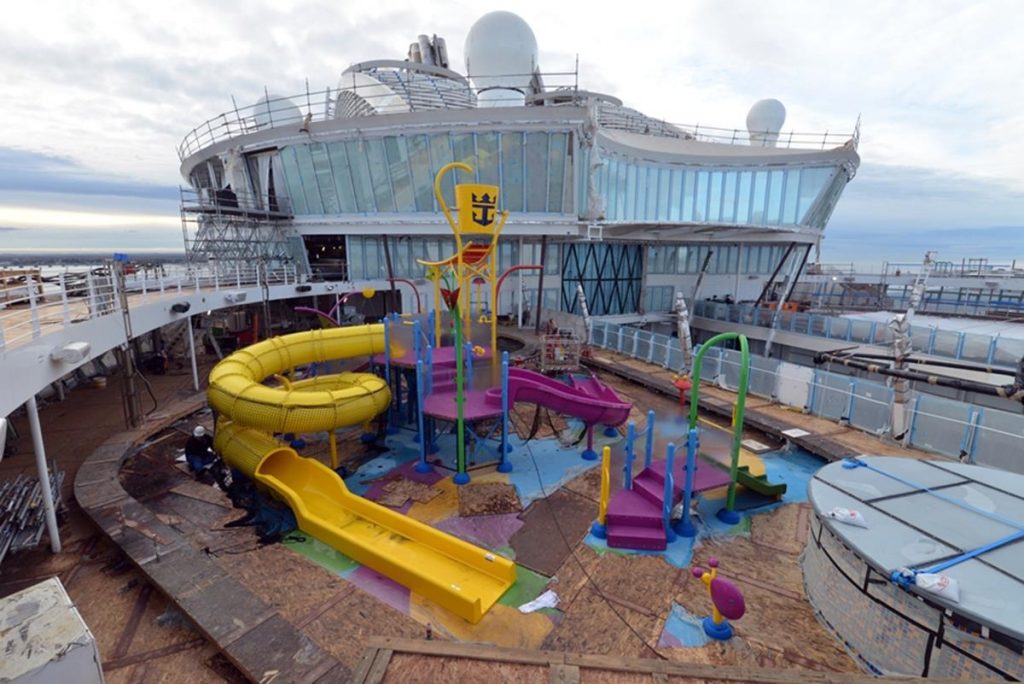 Guests can enjoy active adventures in this area. Fun experiences include two FlowRider surf simulators, a nine-deck-high zip line, the beach pool and a mini-golf course, plus The Perfect Storm trio of waterslides and Ultimate Abyss, the tallest slide at sea.

After her pre-inaugural sailing from Barcelona, Symphony of the Seas will then sail on two seven-night cruises April 7 and 14. The April 7 cruise will be her inaugural cruise, with stops in Palma de Mallorca, Marseille, Livorno, Civitavecchia and Naples. Symphony of the Seas will be sailing in the Western Mediterranean during the summer season, calling at ports in Spain, France and Italy.

Considering Symphony of the Seas for Your Group 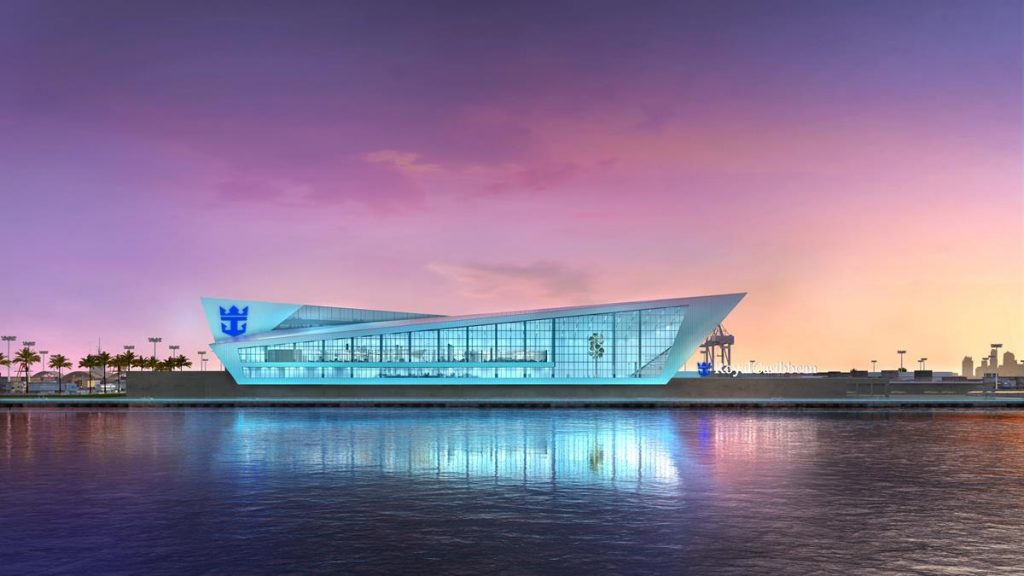 Whether it’s sailing in the Mediterranean or on an Eastern and Western Caribbean from PortMiami, Symphony of the Seas provides some innovative cruise experiences. Her diverse entertainment, range of dining options, expansive areas and variety of programs appeal to a wide range of cruise guests, including adventurous vacationers. The fun Bionic Bar featuring robot bartenders and Rising Tide Bar, which transports guests up to Central Park from the Royal Promenade, are more unique features. Firsts onboard Symphony of the Seas, along with mainstays that are part of Royal Caribbean’s fleet, are reasons to consider her for your next group.