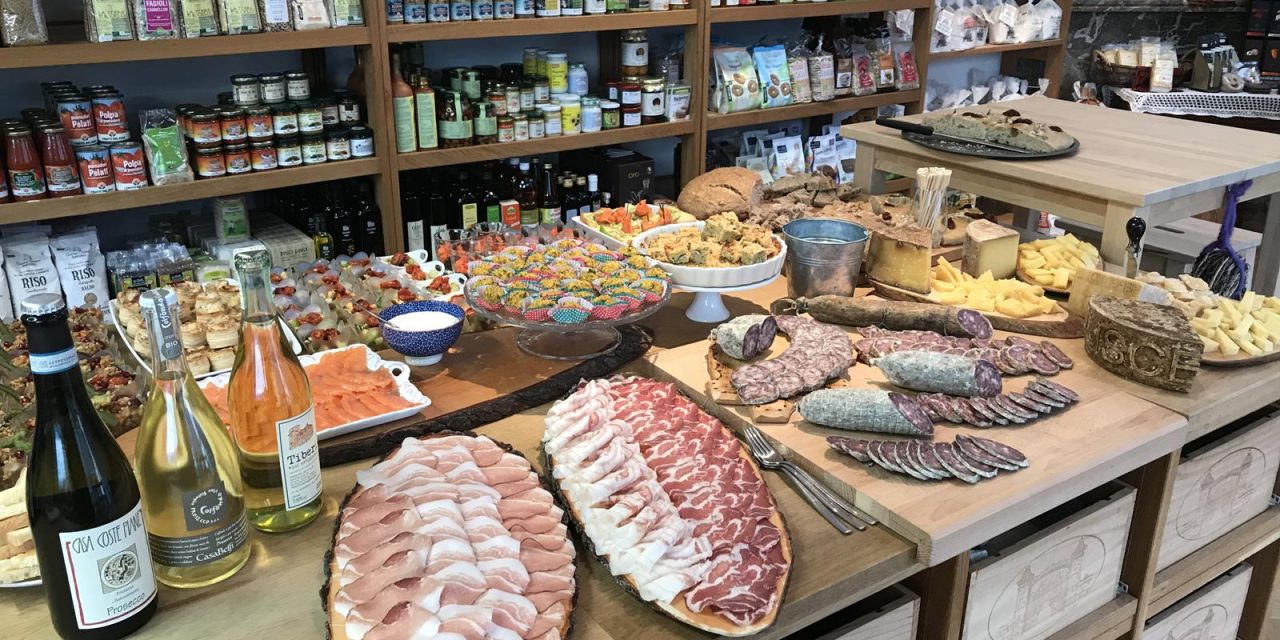 From chocolate to raclette, Switzerland’s culinary scene is attracting foodies and wine lovers from across the globe

With its stunning mountainous landscape complementing a multitude of charming cities, Switzerland is an attractive destination for visitors of all ages. While its pastoral scenery is renowned, Switzerland’s food culture also lures tourists thanks to its delectable dishes that range from Swiss-specific to those with French, German and Italian influences. Here are some enticing foods and beverages travelers can savor when visiting all corners of this lovely country.

Only one percent of Switzerland’s wine is exported, which means lovers of Swiss whites and reds must visit the country to appreciate its offerings. Wine tastings are popular in Switzerland, as the country’s picturesque vistas are an excellent backdrop for those enjoying a glass or two. One of the best ways to relish Switzerland’s wine offerings is to partake in the famous Caves Ouvertes, which takes place during the spring, summer and autumn seasons. This event, which translates to “Open Cellars Day”, sees Switzerland’s wine makers open their cellars and provide tastings for the public. 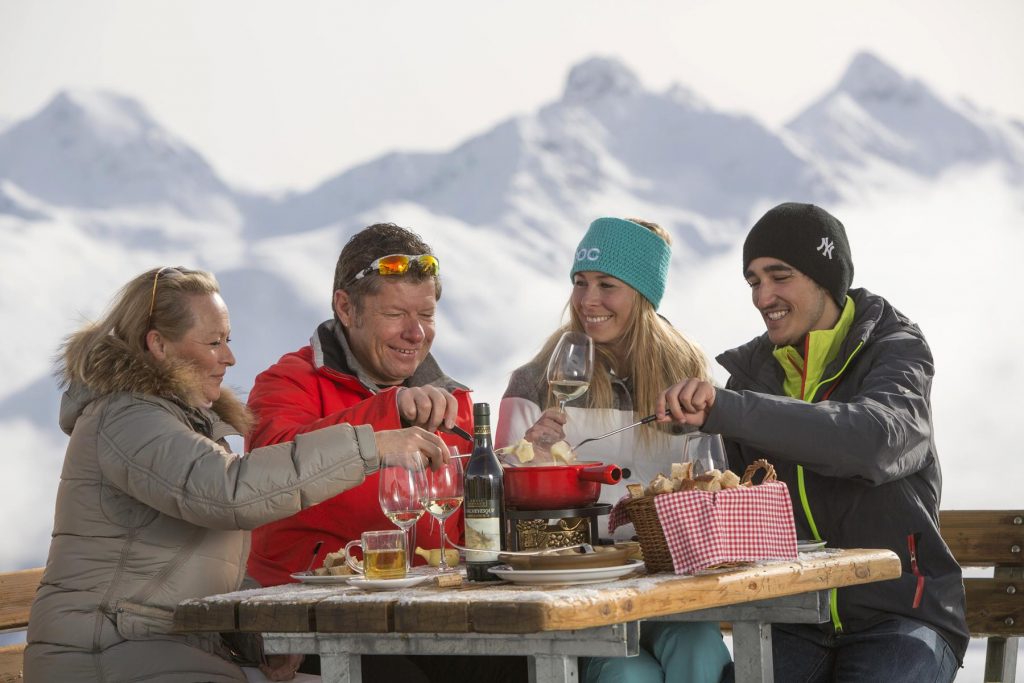 A party of four enjoys Fondue on the sun terrace of the Glunetta Restaurant in Celerina-Marguns.

For those who can’t make it to Switzerland during the Caves Ouvertes, the country still has a variety of vineyard tour options, including the historic terraced Corniche Lavaux Vineyards near Montreux, featuring spectacular views of Lake Geneva; Terres de avaux in Lutry, which produces exceptional wines grown in the UNESCO World Heritage Site of Lavaux; and La Cave de Geneve in Satigny, a millennium-old vineyard that invites guests to enjoy its range of wines made from the finest grapes. Another excellent destination is Graubünden’s Rhine Valley, home of a Wine Hiking Trail that leads visitors past idyllic villages and scenic locales.

Switzerland is also an impressive beer locale as it contains more breweries per capita than any other country. Fans of Swiss brews can visit the Zurich Beer Festival, where various breweries from across the world present more than 250 types of beer. Those seeking to visit a brewery can visit Monsteiner Bier, located in the Swiss Alps, which provides nine beer-tasting opportunities. 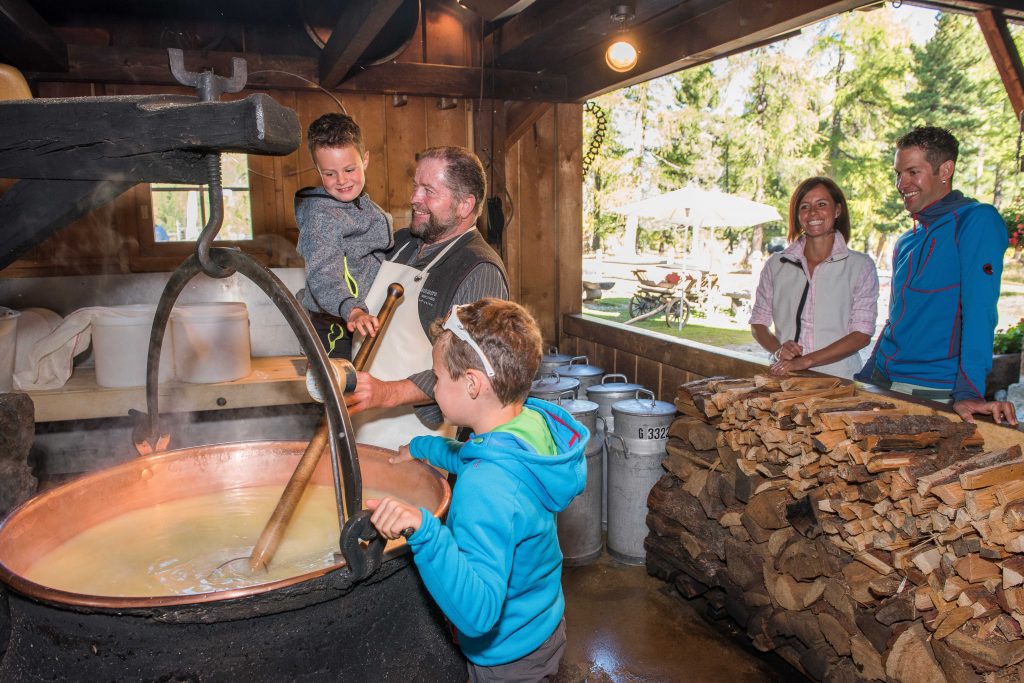 And, of course, the famous Gruyere cheese, which is endeared for its intricate layers of flavor. Those seeking a behind-the-scenes cheese-making tour can visit the Appenzeller Schaukaeserei factory in Stein, where they can learn about the production of one of the strongest cheeses in Switzerland. The Emmental Show Dairy in Affoltern has been open 365 days a year since 1989 and teaches visitors how 8,000 liters of milk are turned into cheese every day.

One of Switzerland’s most famous dishes, Fondue is melted cheese served in a communal pot over a portable stove and enjoyed by dipping bread, meat, olives or pickles into the cheese. The earliest known recipe for the modern form of cheese Fondue reportedly comes from a 1699 book published in Zurich with the name To Cook Cheese With Wine. Thus, it makes sense some of the best Fondue restaurants can be found in Zurich, including Chässtube Rehalp and Le Dezaley. Another excellent location is Fondue Beizli in St. Gallen, which features an assortment of different types of Fondue with the most popular offering being the Swiss cheese option.

Raclette is as eye-catching as it is delicious, as this cheese is most commonly used for melting. Typically fashioned into a wheel, raclette cheese (whose name stems from the French word racler, meaning “to scrape”) used to be melted in front of an open fire, however nowadays it is mostly heated under an electric table-top grill. Raclette is poured over boiled potatoes, onions, vegetables or meat. Some of the finest raclette dishes can be found in Geneva and Zermatt. In Zurich, groups can enjoy the dish at Chäsalp, a former farm where cheese is served in an ancient stable.

This exemplary dish consists of thinly grated potatoes fried in butter or fat until crisp. Rösti was originally conceived as a breakfast food in Bern before spreading across Switzerland and becoming a food that can be eaten at any time of day. Regarded as a national delicacy, Rösti is sometimes flavored with cheese, onions and spices. An excellent version of Rösti can be found at Wirtshaus Taube in Lucerne, where Swiss dishes are prepared according to old original recipes.

A traditional dish from Zurich, Zürcher Geschnetzeltes consists of sliced veal (or veal liver), onions and mushrooms in a white wine cream sauce typically served with Rösti, rice or noodles. Some of the best spots to find this meal in Zurich include Kronenhalle, which has been entertaining guests since 1924 with an array of renowned paintings; Zunfthaus zur Waag, which treats gourmets to first-class traditional cuisine in a house dating from 1315; and Kindli, a restaurant that has been in operation for more than 500 years that combines fresh ingredients with the perfect wine.

This delicious pasta dish that hails from the Swiss Alpine regions is created by layering pasta and potatoes with cheese, cream and onions. As an added bonus, Älplermagronen traditionally is served with stewed apple on the side.

Älplermagronen has some regional variations, as in some areas ham strips, roasted bacon cubes or cervelat is added. One of the best places to try this hearty and beloved dish is Pilatus-Kulm in Lucerne, which has been serving guests renowned meals since 1890.

From milk and dark chocolate to truffles and ganache, some of the world’s finest confections can be found in Switzerland. First created in Switzerland in the 17th century, chocolate began to grow in popularity in 1875 when Swiss chocolatier Daniel Peter created milk chocolate. To this day, the best chocolate in the country is fiercely debated, which means lovers of this sweet (and sometimes bitter) treat have a wide variety of options to choose from. 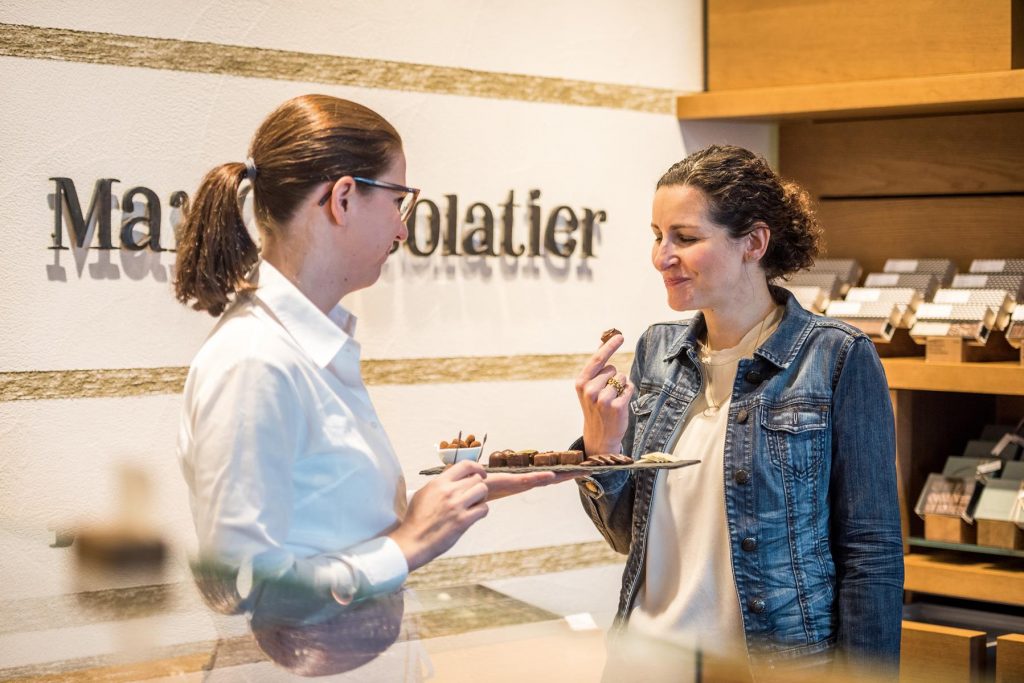 The chocolate at Max Chocolatier in Lucerne is second-to-none. Andre Meier

One such option is Max Chocolatier in Lucerne, a refined shop that offers handmade chocolate bars and bonbons using natural ingredients and unique flavors. Confiserie Sprungli in Zurich was founded in 1836 and is internationally known for its signature macarons, while Auer Chocolatier in Geneva is a family-run business that serves hand-coated black truffles and ganaches. 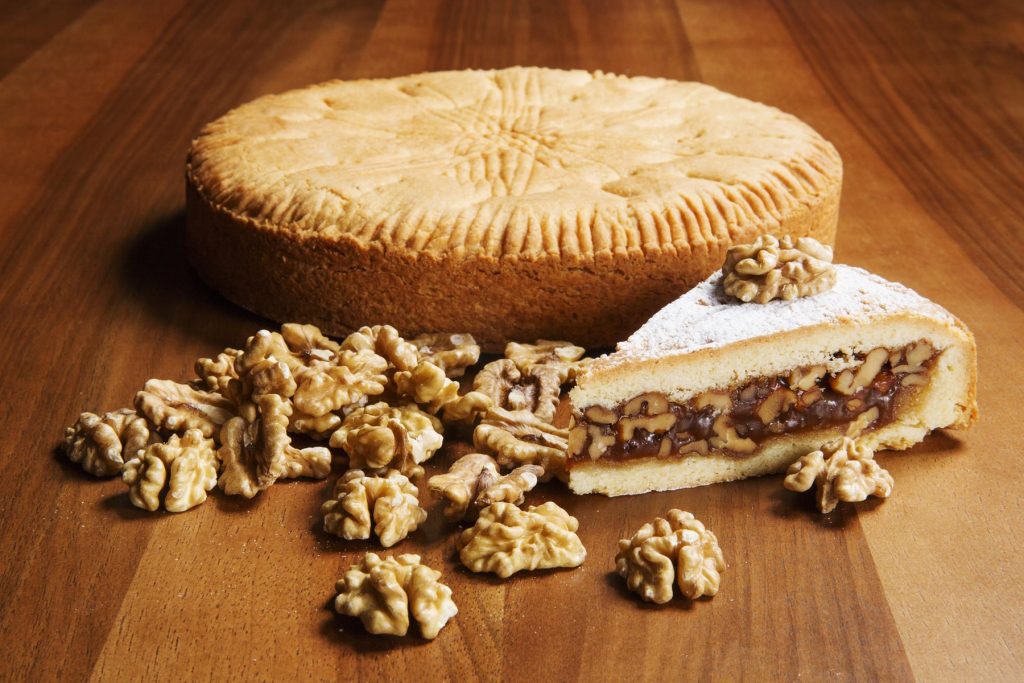 Engadiner Nusstorte (nut tart) is made from buttery pastry, creamy caramel and walnuts.

This sweet, nut-filled pastry is commonly created by independent bakers throughout Graubünden. While there are a variety of recipes that make up this dessert, it usually consists of a short crust pastry, cream, caramelized sugar and chopped walnuts.

One of the best places to enjoy Engadiner Nusstorte is the famous Café Hanselmann in St. Moritz, which has more than 115 years of tradition as a bakery, confectionery, coffee house and tea room.