St. Louis is a city well-known for historical attractions that defines its contributions to state and national history. From homes of distinguished American figures to religious landmarks, heritage sites abound in and around the city of St. Louis.

Ulysses S. Grant National Historic Site is a park featuring the home of Ulysses S. Grant, Civil War general and 18th president. A visitor center in the Main House (named White Haven, the family home of his wife, Julia) provides free interpretative visits every 30 minutes from 9:30 a.m. to 4:00 p.m. and a theater with a 16-minute introductory film. In the stables, visitors can view the museum exhibit An Intricate Tapestry: The Lives of Ulysses and Julia Grant. (www.nps.gov/ulsg) 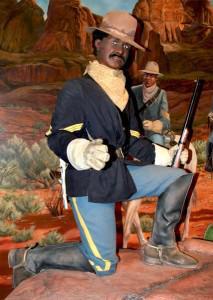 The Museum of Westward Expansion under the Gateway Arch displays focuses on the Lewis and Clark expeditions and technological advancements made in the American West from 1800 to 1900. Exhibits depict the lives of Indians, farmers, hunters and miners during the westward expansion. (www.nps.gov/jeff/index.htm)

Jefferson Barracks National Cemetery is a burial site honoring soldiers from the American Revolution through World War II. The 331-acre graveyard holds approximately 20,000 bodies, including over 1,000 Confederate and Union soldiers who died during the Civil War. The cemetery is also filled with monuments and statues such as the Fort Bellefontaine monument donated by the Daughters of the American Revolution and a monument from the Daughters of the Union Effort of the Civil War. (www.cem.va.gov/nchp/jeffersonbarracks.htm)

Jefferson Barracks Historic Park is a county park that preserves the iconic U.S. Army post, established in 1826. A museum in the powder magazine depicts the history of the barracks, and an overlook provides views of the Mississippi River. (www.stlouisco.com/parks/j-b.html)

The home of American explorer and hunter Daniel Boone is another historical park site worth visiting. The Historic Daniel Boone Home & Boonesfield Village, located in Defiance, is owned byLindenwoodUniversity. It offers hourly tours and a 15-minute film on the life of Boone. Visitors also can explore a schoolhouse and chapel on the grounds. (www.lindenwood.edu/boone)

The walls and domed ceiling of the Cathedral Basilica of St. Louis, built in 1914, are adorned with one of the world’s largest collections of mosaics (some 41 million pieces of glass). In the church’s basement, a museum has exhibits on the mosaics and cathedral artifacts. Guided tours are available.  (www.cathedralstl.org)

The Eugene Field House & St. Louis Toy Museum, opened in 1936, was the first historic house museum in the city. It was the home of children’s poet Eugene Field, famous for writing “Little Boy Blue” and “Wynken, Blynken and Nod.” The museum displays collections of antique toys (www.eugenefieldhouse.org)

The First Missouri State Capitol State Historic Site in St. Charles was Missouri’s first capitol building, site of the state legislative chambers from 1821 to 1826. Rooms have been restored to resemble the style of government buildings during that era. Guided tours are available. (www.mostateparks.com/firstcapitol.htm)