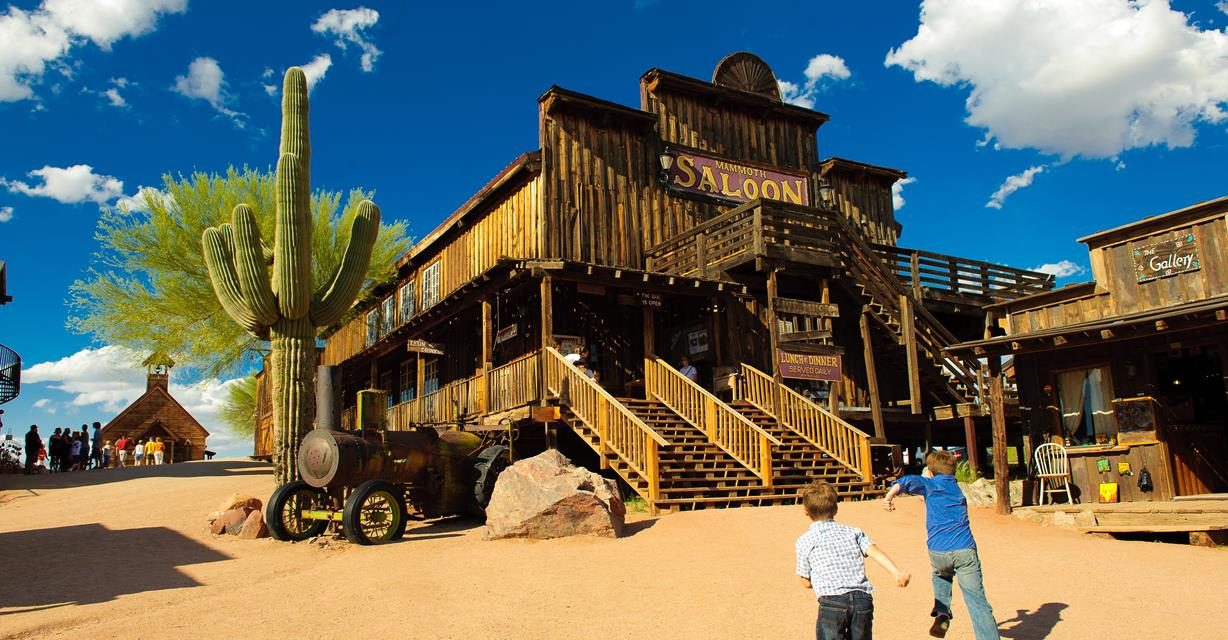 For fans of Major League Baseball, especially those who live in northern climes, it’s a grand slam. Who wouldn’t want to trade snow and ice for a desert getaway with temperatures in the 70s? Spring just can’t come soon enough for anyone who feels trapped in the winter doldrums, 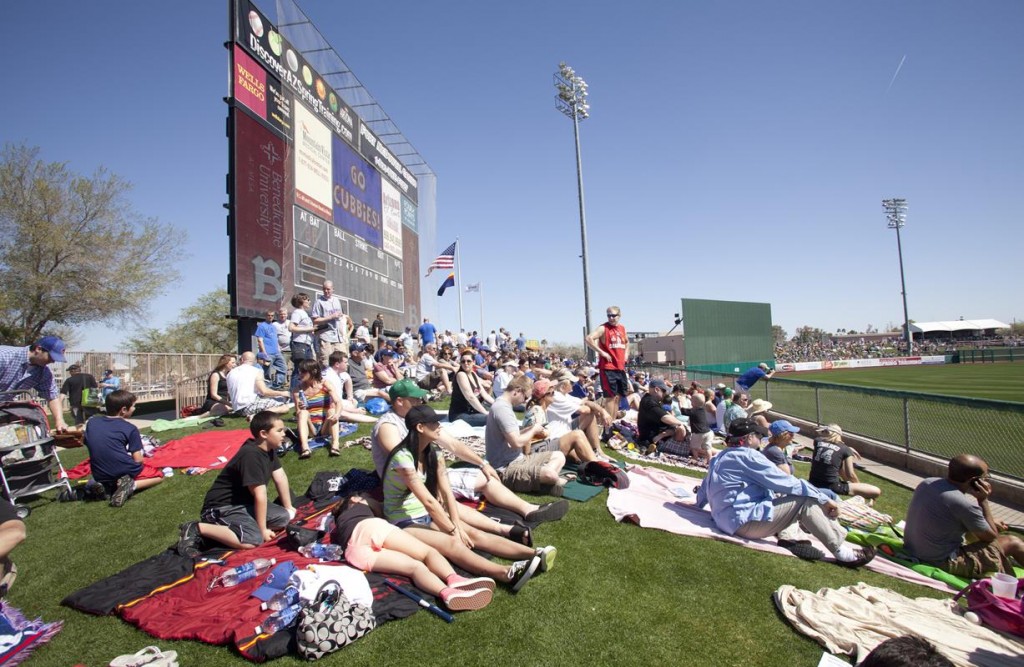 With all that in mind, I and a group of Chicago Cubs diehards flew to Phoenix earlier this year to see the team play in its brand new spring training facility in Mesa. But we ended up having just as much fun exploring Arizona’s third largest city—and the rest of Greater Phoenix—as we had at the ball park.

The Phoenix area is home base every February and March for 15 Major League teams that play in the Arizona Cactus League. The annual influx of winter-weary fans means big business for the state’s tourism industry.

The best part of a spring training game is the intimacy you don’t find during the regular season. Because of the parks’ size, you’re seated closer to the action and can more easily make out the players without binoculars. The crack of the bat and smack of the catcher’s mitt are more resounding. Players are more accessible for autographs and photos. The new Cubs Park in Mesa, sporting features that mirror Chicago’s Wrigley Field, boasts the highest capacity of the 10 Cactus League parks, with room for 15,000 fans, including a lawn area that accommodates 4,200.

But after the game’s over—or before it starts—how should a group spend its time? The Sonoran Desert itself, an exotic setting for most of us, is a good place to start. Discover little secrets about the flora and fauna on a hike or 4×4 off-road adventure with Apache Trail Tours. (The wildflowers start coming out in February.) Or consider a hot-air balloon flight over the rugged landscape. 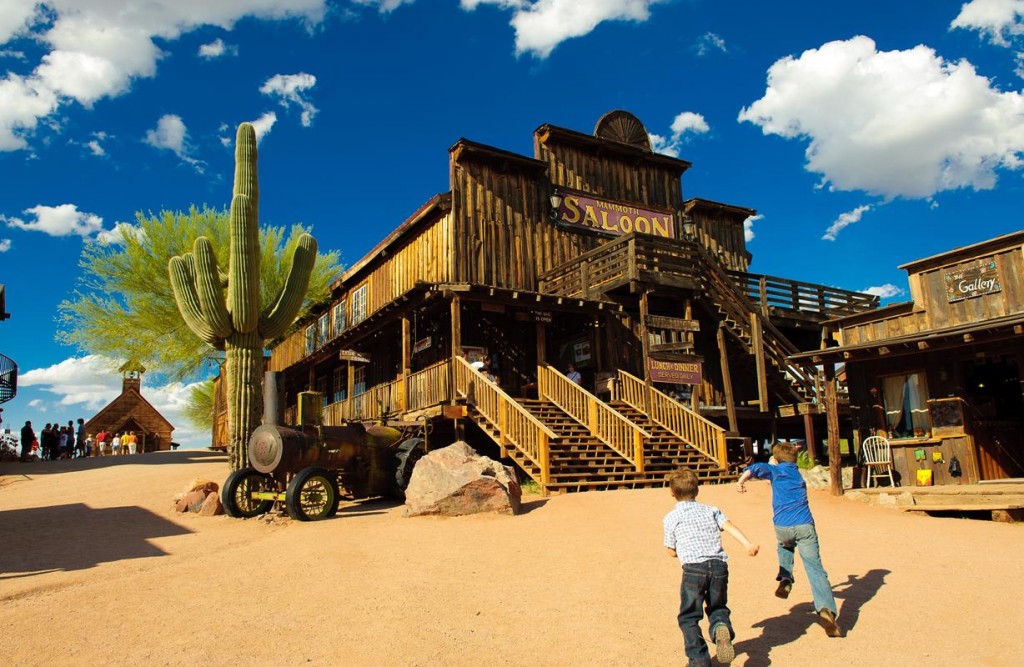 Western-style attractions near Mesa include Goldfield Ghost Town, which features gunfighters, mine tours, horseback rides and a narrow gauge railroad. Rockin R Ranch in Mesa offers gold panning, gunfights and wagon rides, plus cowboy suppers with a Wild West show. Rawhide Western Town and Steakhouse, on the Gila River Indian Community in Chandler, is another rip-roarin’ spot. To go back further in time, consider an outing to the Arizona Renaissance Festival near Apache Junction. 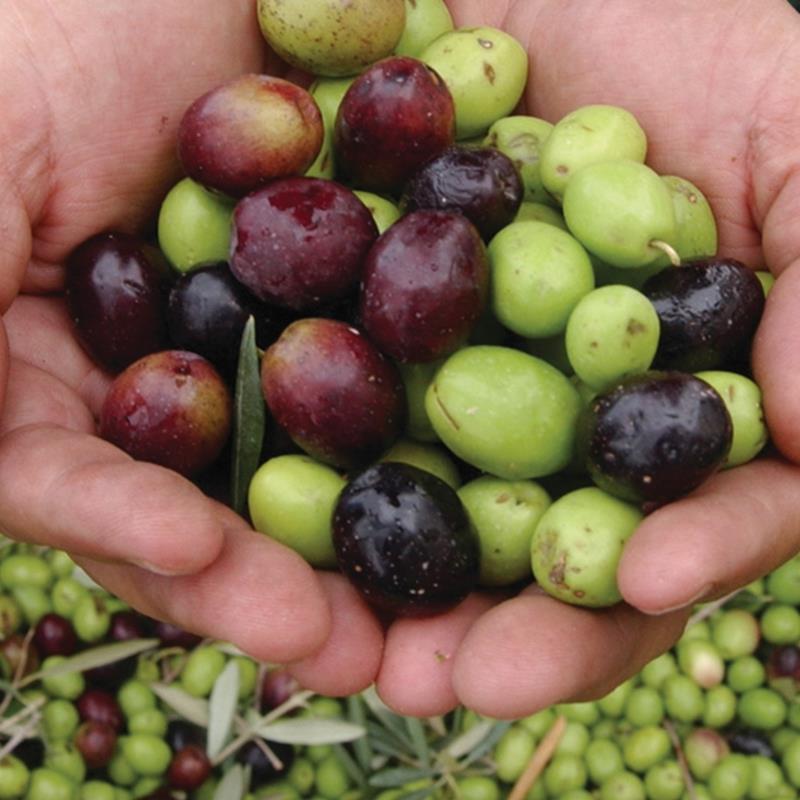 Culinary forays took us to nationally acclaimed hotspots in Gilbert and Queen Creek, both a half hour or so from our Marriott hotel in downtown Mesa. At Queen Creek Olive Mill, known for its extra virgin olive oil, we took the 40-minute “Blossom to Bottle” class ($5) and learned all about harvesting, production, health benefits and the art of tasting. We sampled olives in the classroom and in the cafe area helped ourselves to sips of oils infused with flavors ranging from bacon to blood orange.

Joe’s Farm Grill, a foodie haven in Gilbert, is located in an agricultural community called Agritopia. Occupying a converted 1960s farmhouse, the restaurant takes pride in its organic ingredients (many from the surrounding farm plots). Joe’s ahi tuna sandwich, onion rings and barbecue chicken pizza were featured on the Food Network’s Diners, Drive-Ins and Dives. You can eat in the dining room, the Johnston family’s former living room, or outside under the tamarisk, palm and citrus trees. 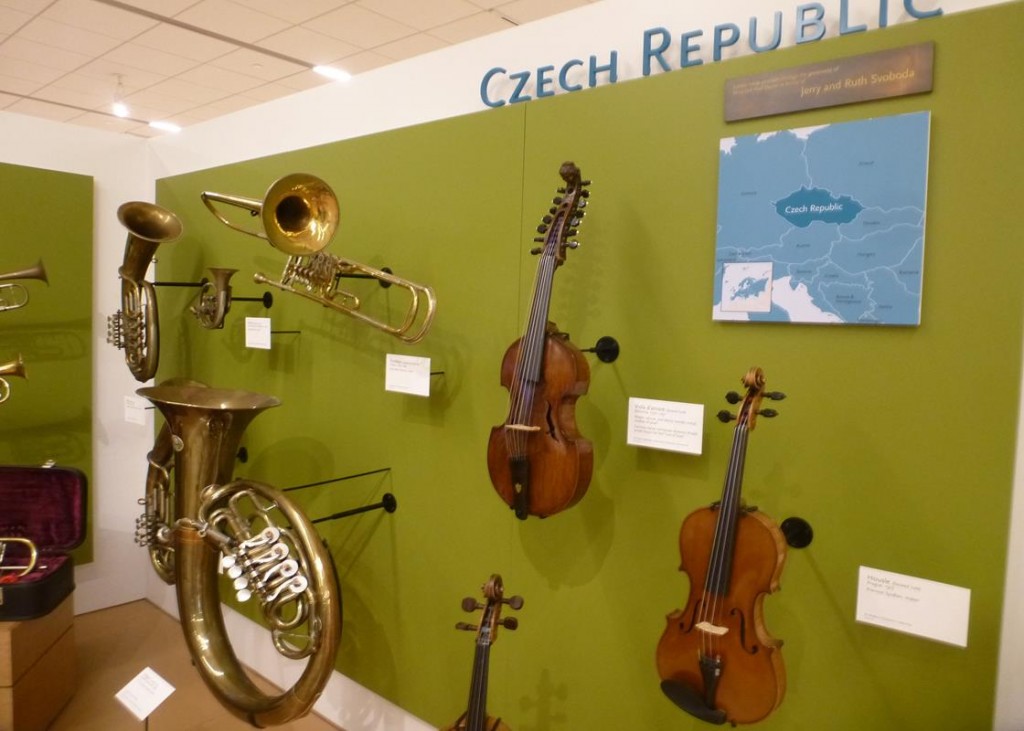 Even those who are not musically inclined enjoy the Musical Instrument Museum (MIM) in north Phoenix. MIM has instruments from almost every country on earth, from horns, harps and harmonicas to banjos, bagpipes and balalaikas. About 6,000 of its more than 15,000 instruments and artifacts are on exhibit at one time—and they’re displayed out in the open, not behind glass.

Everyone at MIM gets a high-tech audio guide that makes touring the museum a breeze. These compact receivers with headphones provide the soundtrack for videos at more than 300 sites in MIM’s spacious, light-filled galleries. As soon as you get close to a video screen, the audio kicks in, whether it’s a polka band or Elvis Presley singing ”Love Me Tender.” The Artist Gallery has individual exhibits that showcase video clips, costumes, instruments and awards of singers and composers like Presley, John Lennon, Leonard Bernstein, Taylor Swift and Toby Keith. In the Experience Gallery guests can beat a drum, pound a gong, strum a guitar or pluck the strings of a harp. The upper level’s Geographical Galleries are divided by continent, then by country.

In downtown Mesa, baseball fans will like the Mesa Historical Museum, whose exhibit The Arizona Spring Training Experience offers a 20-minute video on Cactus League history and plenty of memorabilia, including autographed balls, bats and jerseys.

Another one-of-a-kind place that should be on every group itinerary is Mesa’s Organ Stop Pizza, a cavernous, theater-like space. The food is simple (pizza, pasta, salad bar, ice cream), the bench seating at long tables basic, but the music—oh-so-grand.

Tunes belted out from the “mighty” 1927 Wurlitzer organ, towering above the room, serenade guests, whisking them back to days when theater organs provided the soundtracks for silent movies. The vast forest of pipes is visible behind glass, and all around the room you can see the drums, cowbells, pianos, trumpets and other instruments the organ console activates in mimicking an orchestra. During 40-minute sets, the organist seated at the ornate, black-and-gold beauty presents a program that might include anthems from Phantom of the Opera and Star Wars, Big Band numbers and patriotic tunes, plus medleys from movies like The Sound of Music and The Little Mermaid. There might even be an old-fashioned sing-along with words on a screen that drops from the ceiling.

Fun attractions…balls and strikes….pleasant weather…a change of scenery. It’s a win-win for snowbirds seeking refuge in Arizona’s Valley of the Sun.