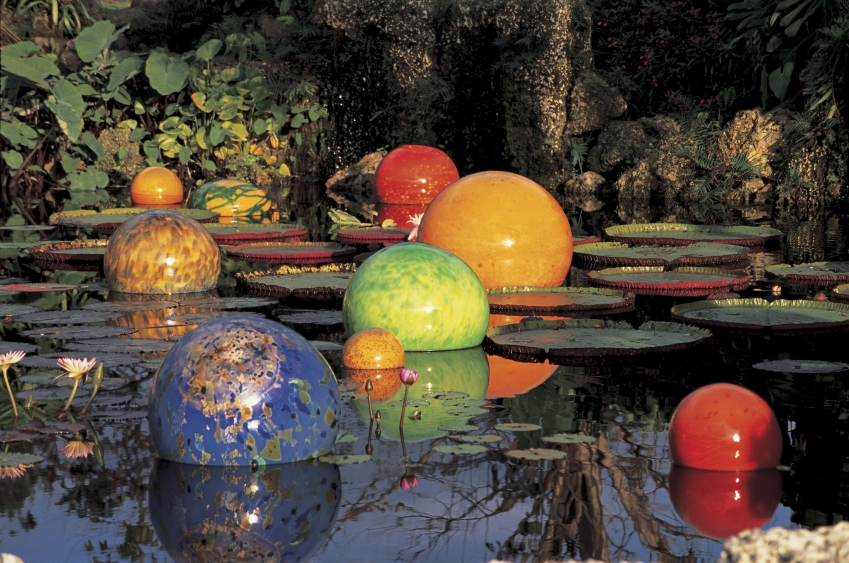 Experience the large-scale glass sculptures of Dale Chihuly as part of Chihuly at Biltmore (May17-Oct. 7), the first-ever art exhibition in the historic gardens of Biltmore House in Asheville, North Carolina. On select evenings, Biltmore will be open for special viewings after dark. “Chihuly Nights at Biltmore” combines these spectacular installations with dramatic lighting and Blue Ridge Mountain sunsets. A group tour itinerary complementing Chihuly at Biltmore is available from Explore Asheville (exploreasheville.com/motorcoach/itineraries).

Snow, the first indoor snow facility of its kind in the U.S., will offer real snow and indoor snow tubing year round. The new Pigeon Forge attraction will use snow-making technology to transform the 35,000-sq.-ft. space into a winter wonderland, complete with 15 lanes for snow tubing. Instead of synthetic material, the attraction’s slopes will be covered in genuine fresh powder. The temperature inside will be 60 -70 degrees.

Memories of the Great War • Virginia

The Virginia Museum of History & Culture in Richmond is hosting one of the biggest centennial commemorations of World War I (1914 to 1918) this year. WWI America, the largest traveling exhibition about the Great War, displays hundreds of original artifacts through July 29 on its only East Coast stop. The Commonwealth and the Great War, running through November 18, tells the stories of individual Virginians who carried the state’s proud military tradition to the battlefront during World War I; 100,000 of them served and 3,700 died. Hundreds of Virginia nurses and doctors followed soldiers to Europe. Military facilities established in Virginia became essential centers for the war effort, while thousands labored at home to produce vital war supplies.