Sampling the Museums of Washington, D.C.

An “official” tour of our Nation’s Capital has to include at least one Smithsonian museum. Standard itineraries feature the National Museum of American History, National Air and Space Museum and other great repositories on the National Mall. 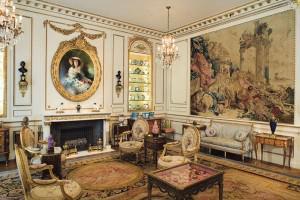 But the District of Columbia abounds with outstanding museums that don’t always appear on tour planners’ radar screens. Here are just five of Washington’s “other” museums:

Newseum. Media junkies and anyone who follows current events will have a field day immersing themselves in exhibits documenting the world’s greatest news stories. Visitors learn about the First Amendment, go behind the scenes of news operations and often see live newcasts taking place. In the interactive newsroom they can play the role of a TV reporter or photographer. Situated on Pennsylvania Avenue in downtown Washington, half way between the Capitol and White House, the glass-and-silver building offers 14 galleries and 15 theaters on seven levels.