Place Your Bets on Leisurely Laughlin for Your Next Nevada Trip 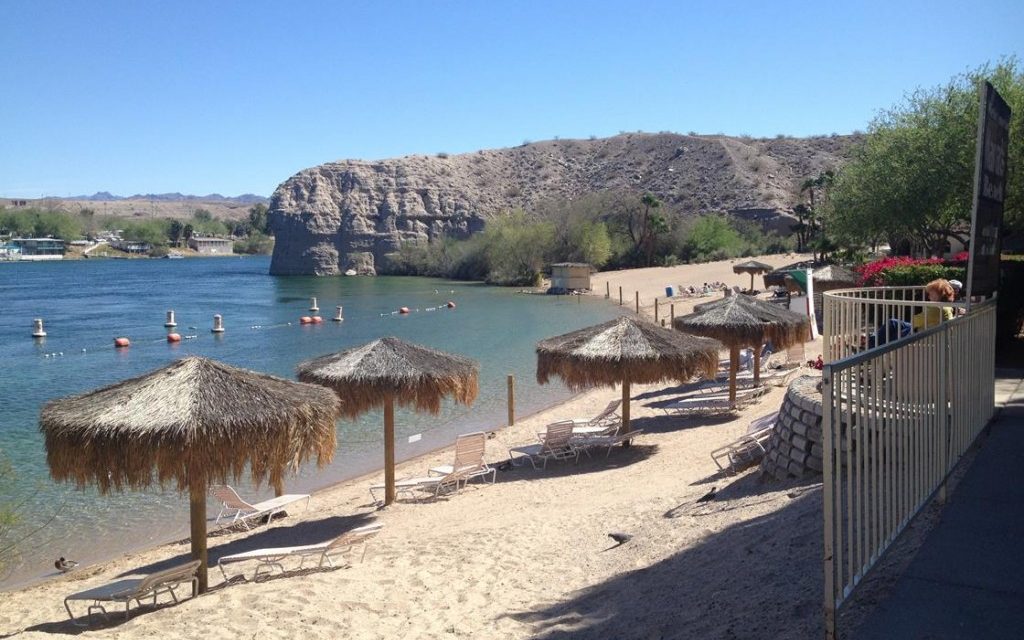 A comfortable pace and plenty of area attractions make the Southern Nevada casino town of Laughlin a group tour favorite.

Never having ventured far from the Las Vegas Strip on previous Southern Nevada vacations, I didn’t know quite what to expect on a recent trip to Laughlin. It was the site of the 2014 Heritage Clubs International Bankers Conference, hosted by Southern Nevada Extended Destinations, the area’s regional convention and visitors bureau, March 10-14, 2014.

Arriving from Vegas, I secured my rental car (only 20 miles on the odometer with that new car smell, how lucky!) and pointed south. Once the bright lights of Vegas are in your taillights, the road opens up and the true West appears. If desert scenery is your cup of tea, this is pretty country.

Laughlin is just far enough away to provide a breather, but not an exhausting drive (90 minutes) and as you descend upon the area, the mountain backdrop paints a pretty picture around her. The town of Laughlin is in a valley surrounded by low desert peaks and dissected by the crystal clear Colorado River, which adds a unique recreational element along with an interesting contrast to the surrounding desert.

Case in point, my hotel has a beach!  Harrah’s Laughlin features a recreational white sand beach, complete with beach chairs and palm frond umbrella to catch a little shade. Swimming is encouraged here, as is a variety of water sports up and down the Colorado River, whose swift pace (7 knots) is a delight for kayaking, rafting, fishing and leisurely cruises.

Laughlin is no Vegas, and that’s by design. Sure, there’s casino row with household names like Golden Nugget, Tropicana and Harrah’s alongside lesser-known entities like Riverside, Colorado Belle, Aquarius and Edgewater all providing entertainment for gamers and non-gamers alike. But it’s friendlier, certainly easier for guests to get around. This fits in with the CVB’s tagline “It’s like you own the place.”

While here, I sat down with Meg McDaniel, senior manager of regional sales for Southern NV Extended Destinations, a unit of the Las Vegas Convention and Visitors Authority.

When asked why groups come to Laughlin, McDaniel commented, “Groups have always been a staple for Laughlin’s tourism. I think what they like most about the destination is that it’s definitely manageable. It’s not overwhelming for travelers and has a very friendly atmosphere.”

Laughlin’s affordability has also been one of its strong suits, with inexpensive hotels and dining options on casino row making it an affordable group getaway. While here, you’re bound to find headline entertainment in one of the casino show lounges or the new 9,000-seat Laughlin Events Center, which opened this March to Championship Bull Riding. Frontline entertainment acts scheduled for the spring include Reba McEntire, Rascal Flats and Alan Jackson.

While the casinos and entertainment is a huge draw for groups, the region also makes an outstanding hub & spoke destination. Just outside of Laughlin, the hustle and bustle of the casino strip quickly gives way to Mother Nature. For instance, just seven minutes away is Lake Mohave  – with fishing, swimming, jet skiing, boating and white sandy beaches. This protected area is a recreational haven.

McDaniel commented, “We are finding a lot of our travelers are more active. For instance, many visitors enjoy walking the North Reach, which is about 5.5 miles of trails that extend from the River Walk and go all the way up to Davis Dam. The pedestrian trail is about two miles and it parallels the river. There are nice interactive signs, shaded areas, fishing nodes, plus there are equestrian and biking trails.”

Farther out of town, Hoover Dam is a short 86-mile drive. Groups can also visit the West Rim of the Grand Canyon in less than three hours. Other attractions nearby include the London Bridge, Lake Havasu and Oatman, an old mining town that hasn’t changed much in 100 years. Oatman’s wooden sidewalks, historic buildings and feral burros that roam the streets give guests a taste of the Old West. Coupled with the history of Route 66 (which passes by town), there is lots of history to soak up here.

Groups also enjoy the Keeper of the Wild exotic animal sanctuary in Northern Arizona. Here, 29 big cats including Bengal tigers, Siberian tigers, leopards, cougars, a jaguar and lion call the sanctuary home. Plus, there are scores of primates, wolves, coyotes, reptiles and other exotic species. Many of these animals were rescued from show business where they were part of acts.

Laughlin is also a mecca for birders. Over 435 species come here in the spring and the area is the largest Western raptor flyway. Red-tailed hawks, golden and bald eagles and grey-horned owls are frequently sighted.

To recognize the importance of motorcoach group travel, Laughlin created the inaugural motorcoach appreciation event last December. McDaniel commented, “We worked with Sue Arko to create the appreciation event and we wanted to keep it small, focusing on Southern California, Vegas and Phoenix operators. As word has gotten out we already have interest from Canada to be part of the event so we are excited about growing it for 2014.”

The event included a bus rodeo –12 drivers participated in a series of driving and parking tests and obstacle courses as 18 coaches cruised in unison down Casino Drive. Leaders from the major associations were on hand to christen the event. The 2014 event is scheduled for Dec. 1-5. The bureau hopes motorcoach operators will use the event as an opportunity to build new packages during this traditionally down time for the industry.

At the same time, Laughlin is expanding its reach to niche and affinity groups, targeting family reunions, weddings, military groups, smaller association meetings, board and sales retreats. Cherie Westbrook, sales executive for the organization, said, “We’re that perfect affordable destination for family and friends; everyone can afford to come and there’s something for everyone to do.”

Westbrook continued, “We are located within a four-hour drive from the major feeder markets of Los Angeles and Phoenix and people generally find us a great spot to congregate. It’s away from the big city, but not too far away.”

All in all, Laughlin makes a great unpack-once destination, with plenty to experience in town and major attractions within an easy drive. Just perfect for groups.