In an area with seven major theme parks, one theme that should never be overlooked is world-class shopping. In fact, the 2009 International Traveler Study named Orlando the fourth most popular shopping destination in the entire country, trailing only New York, Los Angeles and Las Vegas. 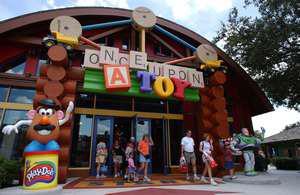 From 12 area luxury malls and numerous outlet stores to exceptional boutiques, museum shops, antiques, flea markets and theme park stores, there is a wealth of choices available in this Central Florida tourism hotspot. Whatever the shopping interest, Orlando has an option that’s sure to please every bargain hunter.

The Mall at Millenia, located just off I-4, is considered to be the area’s most upscale mall, hosting Neiman Marcus, Louis Vuitton, Tory Burch and Chanel. With 150 stores such as Macy’s, Apple Store, Crate and Barrel, Bloomingdales and a variety of restaurants, The Mall at Millenia appeals to all preferences. Services include currency exchange for more than 80 countries and complimentary strollers and wheelchairs.