Known as “The OC,” Orange County, California, gives this sunny state the glow it needs to shine. Situated in Southern California, it contains 42 miles of coastlines with borders that harbor beach resorts for groups to explore, as well as famous attractions such as Disneyland and Knott’s Berry Farm. Whether groups are looking for excitement, relaxation or history, Orange County can provide the best of all worlds.

San Juan Capistrano, located in the southern part of Orange County, is a city famous for Mission San Juan Capistrano, a 10-acre site with gardens, a friar’s quarter and the original stone church built in 1797 by Franciscan padres from Spain. Also, a self-guided tour through San Juan’s village core explores sites such as the Historic Town Center Archeological Park, which is often used for community concerts and ceremonies.

Disneyland California Adventure Park in Anaheim is one of the two theme parks that comprise Disneyland Resort. This 67-ace park is filled with attractions, from the Disney animation building to The Bakery tour, which explores the creation of the world-famous San Francisco sourdough bread. Take a ride on roller coasters like The Launch and The Ride, sail on Davy Crockett’s Explorer Canoes and witness such musicals such as Disney’s Aladdin. 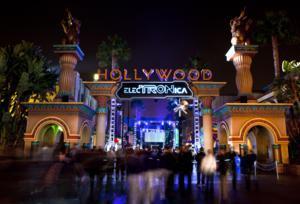 Disneyland Park is the original and largest theme park in Disneyland Resort. Created in 1955, this park has six themed areas: Tomorrowland, New Orleans Square, Adventureland, Critter County, Mickey’s Toontown and Frontierland, with rides like Alice in Wonderland and the Astra Orbiter rocket ride. Groups can also dive into the Finding Nemo Submarine Voyage, experience the Haunted Mansion and take the Jungle Cruise.

Knott’s Berry Farm, located in Buena Park, is another one of Orange County’s famous theme parks. Separated into six themed areas, its main attractions include 10 roller coasters such as the Boomerang, Calico Mine Train and GhostRider. Also, visitors can participate in rides like the Balloon Race, which elevates them in a balloon basket; the Sky Cabin, a revolving cabin that lifts visitors to give a view of the park area; and electric bumper cars on Wheeler Dealer Bumper Rides. 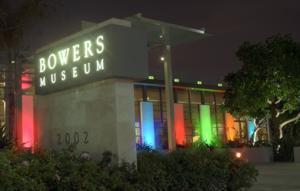 Pirate’s Dinner Adventure in Buena Park is a pirate-themed dinner theater where audience members sit around a Spanish galleon and watch pirates on compete in a sword fight.

Bowers Museum of Cultural Art in Santa Ana offers exhibits that reflect the diversity of cultural art around the world. Also, the Kidseum, the only cultural art-based children’s center in Orange County, gives children the chance to explore different cultures through activities such as international dress-up, playing tribal instruments and language exploration.