Only in Las Vegas

Las Vegas is internationally recognized for its outrageous main drag, nicknamed “The Strip,” an adult playground where many lose money but find joy in overstimulation. There are more bars, lounges and gaming rooms per square block than almost anywhere else in the world. Every big-name resort casino has its own theater, or set of theaters, where guests can take in celebrity performances or over-the-top extravaganzas. 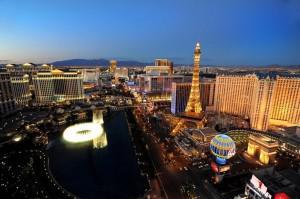 Staying on The Strip is a great way to be within two miles of premium Las Vegas venues. Cool night air makes walking The Strip much more comfortable than sweltering through it in the daytime heat. July and August temperatures can hover around 100 degrees for weeks at a time. Cloud cover is sparse and the sun reflects off of every glass and steel surface. Sunglasses are a must.

Celebrities often find Las Vegas comfortable for a few years at a time. Carlos Santana, for example, has recently taken up residence there. His Show “Supernatural Santana: A Trip Through the Hits” plays at The Joint in the Hard Rock Hotel & Casino. Expect a spirited revisit through the legendary guitarist’s favorite playlist.

Celine Dion has moved in to the Colosseum at Caesars Palace, where in March she began a three-year show contract. New this year, her show takes themes from Hollywood movies and incorporates dazzling visuals.

The Venetian lights up and reverberates from the Blue Man Group’s improvised instruments and its visually spectacular show. Get spattered with debris in premium seats at the purpose-built, 1,750-person theater.

This year, Motown is in Vegas at the Imperial Palace Theater. See the Australian group Human Nature sing and dance, and maybe dance along with them. The chart-topping act started performing here in 2009 and has been pleasing reviewers and audience members since. 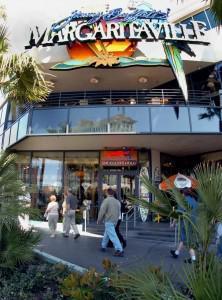 The Bellagio fountain makes water dance every half hour, and it’s one of the best free sights on The Strip. The fountain plaza makes a nice place to base yourself, being at the heart of The Strip next to Caesars Palace and Jimmy Buffett’s Margaritaville.

The Cosmopolitan at Las Vegas is another new resort and hotel. It offers pools and cabanas, a spa, salon, shopping outlets, lounges, bars, restaurants and casino games. It’s a stylish place and comes with a premium price tag.

At times The Strip can be too much. Las Vegas is a beautiful desert city, after all, and visitors should be encouraged to do some of the things the locals do. Staying off The Strip at the Gold Coast Hotel and Casino is wallet-friendly. Its buffet offers breakfast, lunch and dinner spreads for much less than the premium smorgasbords. Downstairs, the game room has tables with lower minimum bets than Strip casinos. Gambling has never looked so fiscally responsible.

The Wolf Theater at the Clarion Hotel is the venue for four acts: the Naughty Boys hypnotists, Shades of Sinatra music show, Tanyalee Davis the comedian and Cashetta the “Extra Large Medium.” The shows go on a rotating schedule so you can see them all in the span of any given week.

For something close to Las Vegas’ historic roots, the city is opening the Las Vegas Museum for Law Enforcement and Organized Crime in late 2011. The museum, located just a block off The Strip, will have interactive exhibits that showcase the Mob’s impact on the city. 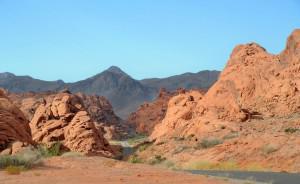 Just 15 miles from Las Vegas you’ll find Red Rock Canyon. No neon here, no slot machines; just sand and red rock formations. Make a day trip out of it to remind you of what Las Vegas really is: a tiny drop of water in a massive, rock skillet. Visitors are invited to hike around the grounds and climb on the rocks. Have a look during sunrise or sunset to see how golden the desert can get.

Experiencing the desert sky at night is like nothing else. Watching the stars form milky patterns requires a dark night with no cloud cover.Valley of Fire State Park, 55 miles away from the city, is far enough away from the light pollution of the city. Bring a camera and a tripod to amaze friends with long-exposure shots of the Milky Way galaxy.

Hoover Dam, a popular tourist attraction, sits 30 miles southeast of Las Vegas. This monolithic power station is among the biggest of its kind. Guides take visitors through its skeletal passages to observation decks for half-hour or full-hour tours.

Las Vegas is a city where everyone is on vacation. Blocking out memories of home has never been easier, allowing for unparalleled bonding opportunities for groups. Sticking together in this city pays off – you’ll be cashing in on memories for years to come.