Olympic Venues for Your Next Vacation 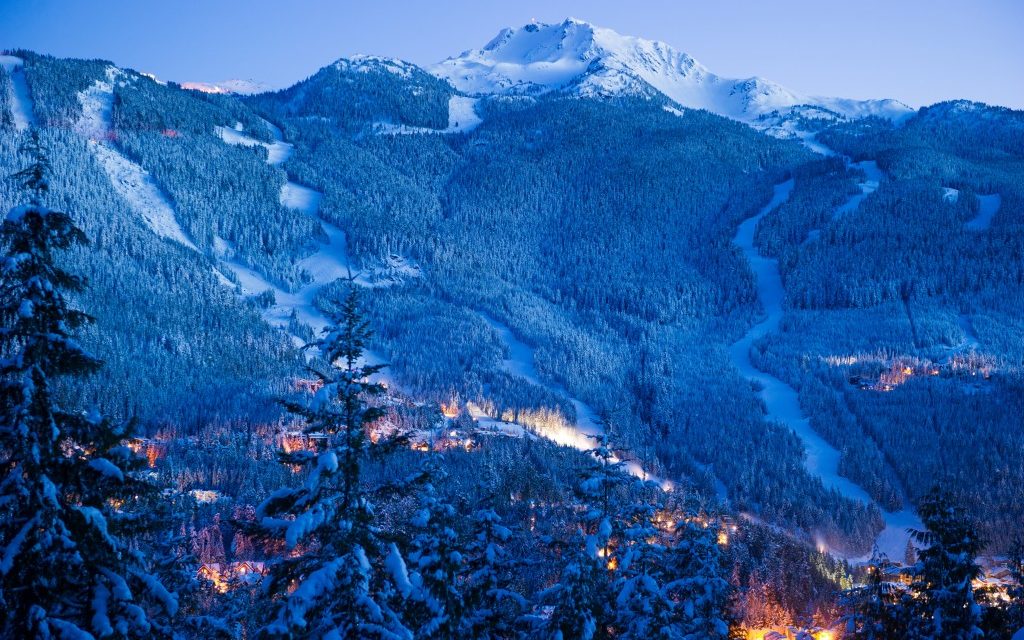 Get into the spirit of the Winter Games at past Olympic venues and bring home gold-medal memories from premier resort destinations around the world.

Even if your winter sporting pursuits are purely leisure in nature, it’s hard to avoid being awed by the Winter Olympic Games. Sochi may be only memories, and it’s a long slog to hang in for four years until Pyeongchang (South Korea), so why not take advantage of some of the existing Winter Olympic venues to get as close as you can to the glory of the Games?

The 2010 games (XXI) were held from Vancouver to Whistler, and this still-new site has a wide variety of Olympic experiences for the casual traveler. First on the list, with views of Vancouver, Cypress Mountain (cypressmountain.com) was the venue for Olympic freestyle skiing and snowboarding.

Whistler was home to a host of mountain sports. Take some time to hang out in the Whistler Olympic Plaza, in the heart of Whistler Village. An outdoor gathering place, the plaza features free outdoor public ice skating, outdoor performance spaces, and Olympic and Paralympic memorabilia on display.

At Whistler Olympic Park visitors can take lessons in classic cross-country and skate skiing. Hit the Whistler Sliding Centre for a ride on either the bobsled or skeleton. On the mountain (whistlerblackcomb.com), get your downhill kicks on the Dave Murray Downhill course, dropping more than 2,500 feet in just under two miles.

The 2006 games in Turin (XX) were the second time that Italy’s hosted the Winter Olympics. At the Turin Olympic Park (torinolympicpark.org) in winter, take some turns on the ice at the Palavela Turin. The bobsled, luge and skeleton track is located between the mountains of San Sicario and today allows the public to take part in rides with professional drivers on the Taxi Bob and Bob Kart.

Looking for other ways to experience speedy downhilling? Visit the Ski Jumping Olympic Stadium, not for jumping, but for some super-quick tubing. If speed isn’t your thing, you can at least tour the facility to get a look from up top. For a little bit of freestyling, head to Melezet, where you can check out the terrain park in the shadow of the Olympic Half Pipe.

Salt Lake City’s 2002 Olympics (XIX) are still recent enough to be in the memory of modern-day sports fans. Take a spin on the ice at the Utah Olympic Oval and then head up to Park City and the Utah Olympic Park (utaholympiclegacy.com)—open to the public for the Comet Bobsled ride and the skeleton.

Look through the three-story Joe Quinney Winter Sports Center, which also happens to be home to the Alf Engen Ski Museum and Eccles Salt Lake 2002 Olympic Winter Games Museum. Visitors can view the gallery of highlights and artifacts from the 2002 games, as well as check out the history of skiing disciplines in the area.

Freestylers can try their skills on the 22-foot Eagle Superpipe at Park City Mountain Resort (parkcitymountain.com). Over at Deer Valley (deervalley.com) take a turn down Know You Don’t trail, site of the Olympic slalom events. Or, hit Champion, which was the site of the mogul events.

The 1998 Winter Olympics (XVIII) were held in Nagano City, Japan, as well as the nearby mountain towns of Hakuba, Karuizawa, Nozawa and Shiga Kogen. Stroll through the Minami Nagano Sports Park, right in front of the Olympic Stadium. Here, you’ll find the Olympic Cauldron with the names of medal winners inscribed at its base.

Nearby, the M-Wave holds an ice skating arena (during winter) and the Nagano Olympic Museum. The small collection inside includes the Olympic torch and photos from the 1998 games.

For Alpine and Nordic skiers, the Hakuba Happo-one Resort (happo-one.jp/english) and Snow Harp are your focus. Happo-one, used for Alpine events, is one of Japan’s largest ski resorts and is only an hour away from Nagano by train. The Snow Harp Cross-Country Course allows visitors to try their skills at this Nordic discipline.

The premier site for the 1988 Calgary Games (XV) is 15 minutes from downtown Calgary at WinSport Canada Olympic Park (winsport.ca). Get a chance to speed down the track in a bobsled or luge. Duck into the Sports Hall of Fame while at the park, and then lace up your skates for a turn on the ice at the Olympic Oval (oval.ucalgary.ca), about 15 minutes away at the University of Calgary.

Alpine events (including Downhill, Slalom, Giant Slalom and Super G) took place at Nakiska (skinakiska.com). Test your skis on more than 40 miles of cross-country trails at the Canmore Nordic Centre. Home to Nordic events such as cross-country skiing and biathlon, this center has classic and skate trails.

Having hosted the Winter Olympic Games twice in the 20th century, in 1980 (XIII) and 1932 (III), Lake Placid is an Olympic favorite. Start your visit at Whiteface Mountain (whiteface.com), home to the Lake Placid Olympic Museum. The museum’s collection of Olympic material includes a never-released historical footage of the 1980 Miracle on Ice hockey game.

Get a pin and membership in the United States Bobsled and Skeleton Federation when you take a ride on either of those two optimal ways of hurling yourself down the track at Lake Placid Sliding Center. Skating fans can choose rinks either inside or outdoors. Both rinks were in use for both the 1932 and 1980 Olympics.

When it comes to Alpine pursuits, head back to Whiteface Mountain, where you can still carve out the men’s and women’s Downhill courses with a little help. But don’t leave it to only traditional Olympics routes when the entire mountain offers great skiing.

Squaw Valley’s 1960 Olympics (VIII) is the oldest of the bunch, which means that few original competition sites exist in the same manner, but skiers can zip down trails used for men’s and women’s Downhill, Slalom and Giant Slalom.

While you’re on the mountain, duck into the Squaw Valley Olympic Museum at High Camp, filled with a collection of memorabilia, news articles and video presentations from the 1960 Winter Olympics. There are also items from current Squaw athletes Julia Mancuso, Travis Ganong, Marco Sullivan and Nate Holland. (squaw.com)

The Nordic trails for cross-country and biathlon events are on the West Shore at Sugar Pine Point State Park. Bring your own skis and follow the interpretive panels that start at the Blue Trailhead.