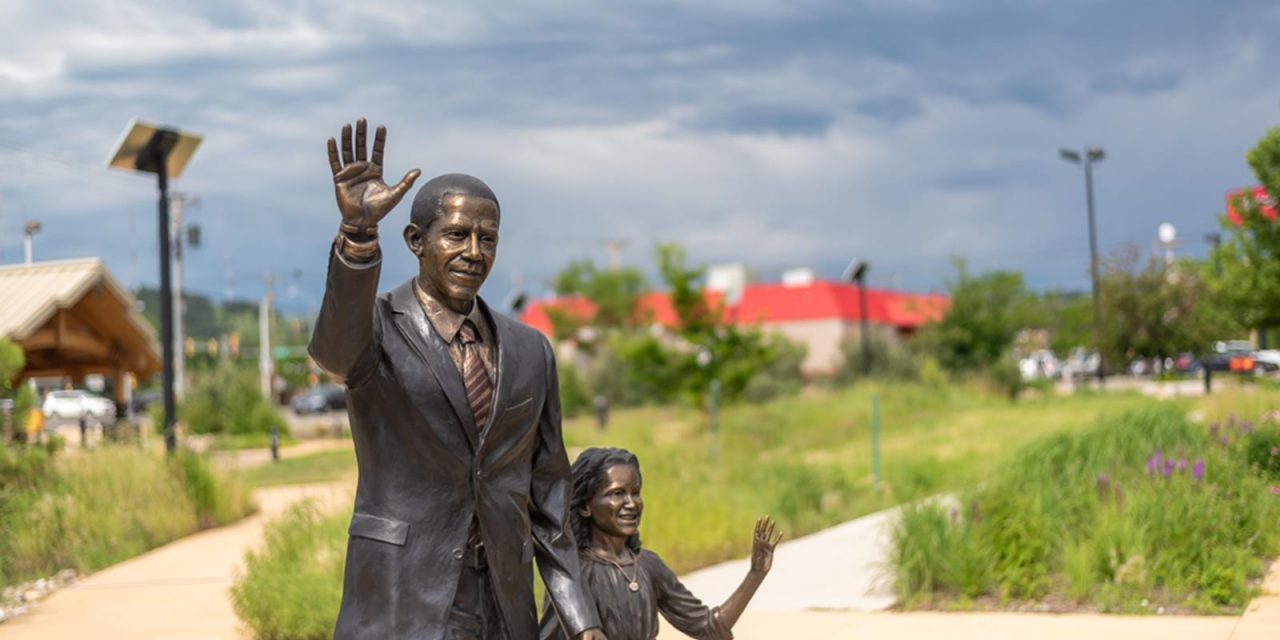 City of Presidents, a series of life-size bronze statues of U.S. presidents along the streets and sidewalks of downtown Rapid City, just added a statue of the 44th president, Barack Obama. Created by local sculptor James Van Nuys, it portrays Obama at his first inauguration, with the president and his daughter Sasha both waving to the crowd. The City of Presidents project began in 2000 to honor the legacy of the American presidency. Each of the sculptures is privately funded, and the pattern of placement was chosen to maintain a coherent structure and eliminate any sense of favoritism or political gain. The statues, popular with visitors posing for pictures, have been a successful marketing tool for Rapid City, the gateway to the nation’s most famous presidential shrine—Mount Rushmore National Memorial. (visitrapidcity.com)