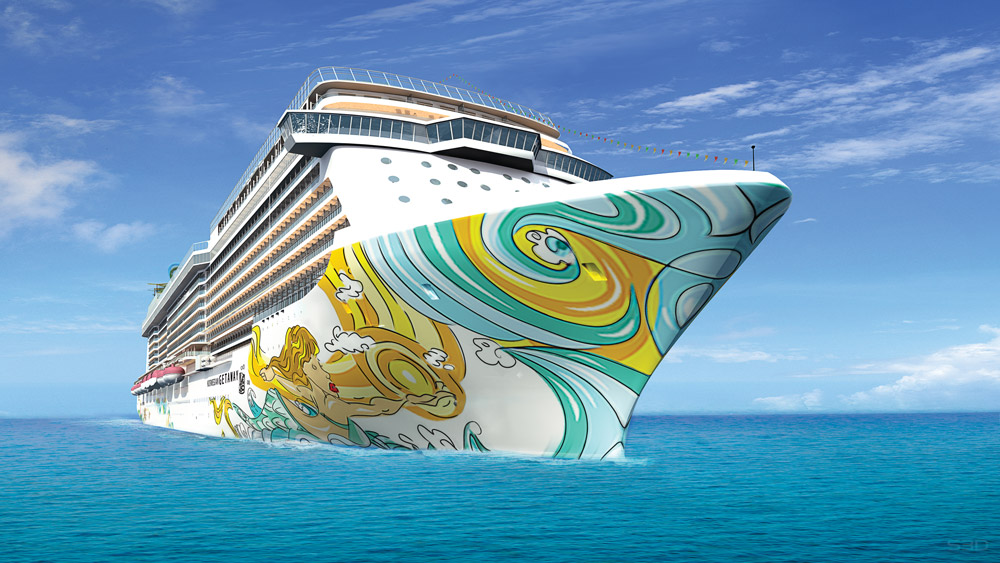 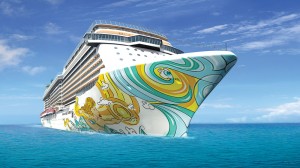 The 2 New Broadway Shows and stories behind

Based on the novel written by Amanda Brown, and first made famous by the movie, “Legally Blonde” starring Reese Witherspoon, “LEGALLY BLONDE:THE MUSICAL” is a seven-time Tony Award nominated show. And now onboard the Norwegian Getaway, this 90 minute production headlines in the Getaway Theater. Action packed with songs and dance numbers this production was created by the same team that created the Broadway show, by the way. 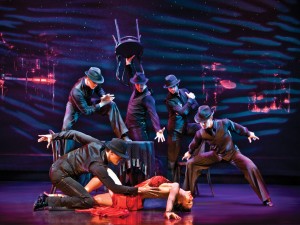 Another Broadway hit, “BURN THE FLOOR” takes on a Latin twist in the production offered on the Norwegian Getaway. You can actually experience the hot sizzling dancing of “BURN THE FLOOR” while dining in The Tropicana Room. Also you can see 45 minute performances of “BURN THE FLOOR” in the Getaway Theater offered 5 times during the cruise.

For either of these Broadway shows, there’s no cost involved and you simply make advance reservations.

The Illusionarium – new dining and entertainment with a magical twist

Is it possible to be hypnotized on a ship? Literally? Yes. This is actually one of the fun experiences that’s part of Illusionarium. More than just a dinner theater, guests are enveloped in a fascinating world of magic that includes astonishing illusions with supernatural features and special effects along with a video dome. World class magicians, mentalists and illusionists are complemented by the dining experience. As far as being hypnotized? The evening I attended, two guests from the audience were selected for this segment. After returning to his seat, the one guest hadn’t realized he’d actually been hypnotized, but was a great sport about it. 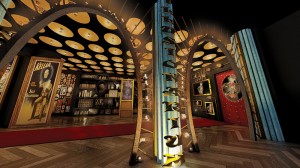 Entrance to The Illusionarium

Illusionarium, by the way, was created by a special team that includes Tony Award-winning set designer David Gallo.

The GRAMMY® Experience at Sea – Another First

Another exclusive first onboard the Norwegian Getaway is The GRAMMY® Experience at sea thanks to a partnership Norwegian Cruise Line created with The Recording Academy. Located on Deck 8, The GRAMMY® Experience features gold records, musical artifacts and costumes curated by The Grammy Museum® at L.A. Live located in downtown Los Angeles. One for instance, is a dress worn by Whitney Houston. During the evening, live performances take place featuring both past GRAMMY winners as well as nominees.

Norwegian Cruise Line also has a new partnership with Levity Entertainment Group, and with it a new stand-up comedy program onboard the Norwegian Getaway. Levity, by the way is the largest producer of live comedy in the world and works with more than 300 famous artists. Shows take place in Headliners Comedy Club and feature a host and a comedian. Also there are more than 10 shows per week onboard. 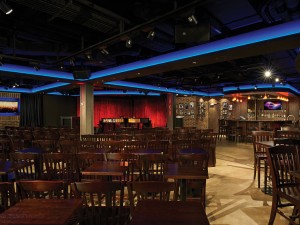 A bit more about the Norwegian Getaway

Onboard Norwegian Getaway, guests have unlimited choices. There are 27 different varied and incredible dining options, along with a wide range of clubs, bars and lounges offering late night ways to have fun, the largest water park at sea, The Aqua Park, and the Sports Complex. The highly popular Howl at the Moon show takes place in Headliners, and yes, the SVENDKA Inniskillin Ice Bar features an Art Deco-style décor.

The same holds true with a wide range of accommodations. The Studio Complex features accommodations created just for solo travelers that also includes a community Lounge. Many of the inside staterooms are interconnecting, can accommodate up to four guests, and are located on several decks. In addition to balcony staterooms, oceanview staterooms, Spa Suites, Mini Suites, Penthouses, and Family Mini Suites, The Haven provides a 5 star boutique hotel experience, complete with private pool, gym, lounge and restaurant.

With Miami being the home port for the Norwegian Getaway, being christened by the Miami Dolphin Cheerleaders seemed like a natural. At the recent naming ceremonies held on February 7, Recording artist Pitbull, a native of Miami, also performed. The Norwegian Getaway is sailing on 7 day Eastern Caribbean cruises and her ports include St. Maarten, St. Thomas and Nassau.

Once again if your group really enjoys flexibility, with “over the top entertainment” and choices, along with nightlife and wide range of accommodations and dining, The Norwegian Getaway is definitely one to consider.