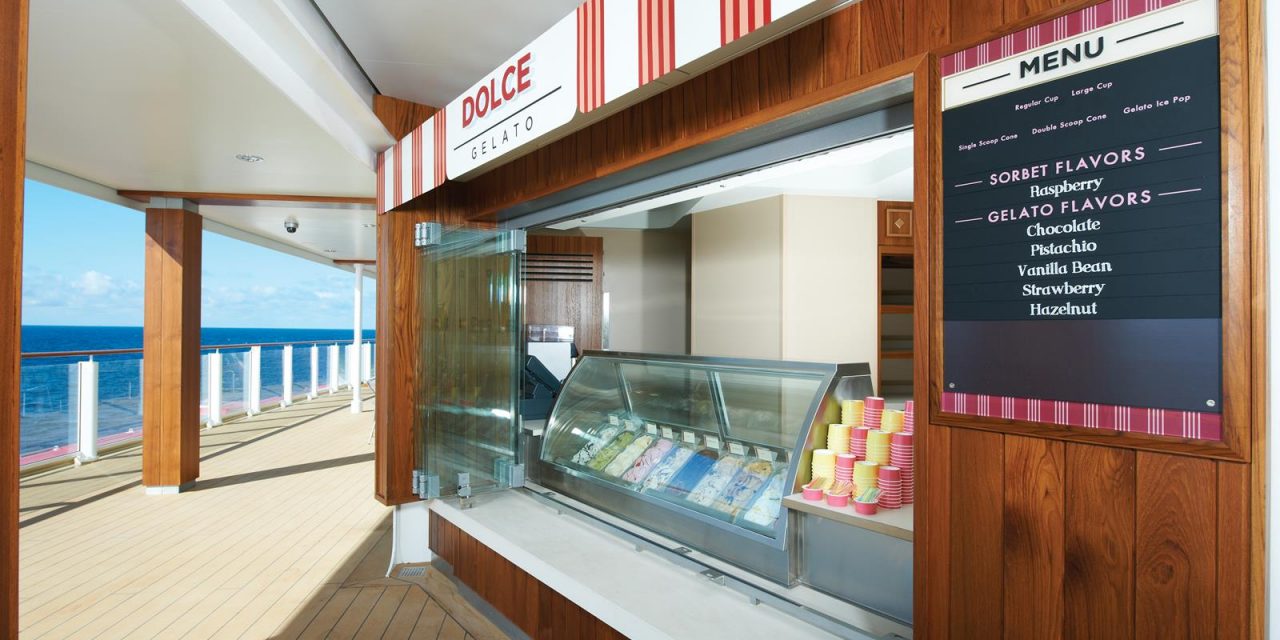 Innovation along with bringing new “land to sea” features is what Norwegian Cruise Line does best. When the Norwegian Escape debuts in November 2015, she’ll take that to a new level not found anywhere else, thanks to innovative partnerships with leaders in the dining and beverage fields, along with entertainment. New Broadway shows, never-seen-before-at-sea dining experiences and bar options abound. The Norwegian Escape lets you escape! 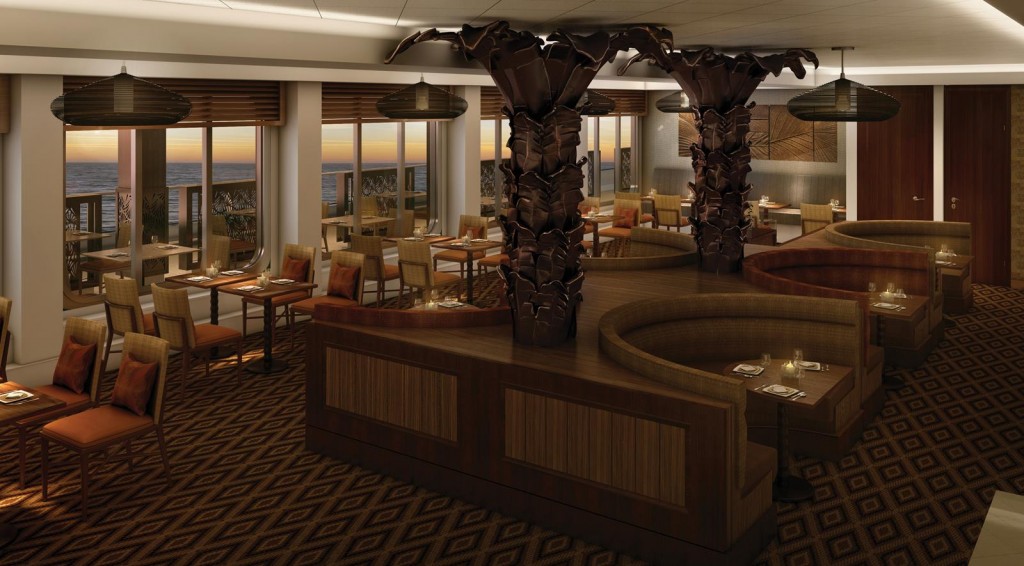 The Food Republic is a new concept for Norwegian Cruise Line. It’s a modern upscale food emporium that features global cuisine for sampling and sharing via small plates, and available a la carte. The dishes have all been specially created and curated by The Pubbelly Restaurant Group. The Pubbelly Boys, Jose Mendin, Andreas Schreiner and Sergio Navarro, have reinvented the South Beach dining scene and now bring that to the Norwegian Escape. The Food Republic will be open for lunch through dinner, and allow guests to have flexibility to choose what they prefer, and when they want it, all with the ease of the iPad ordering feature. 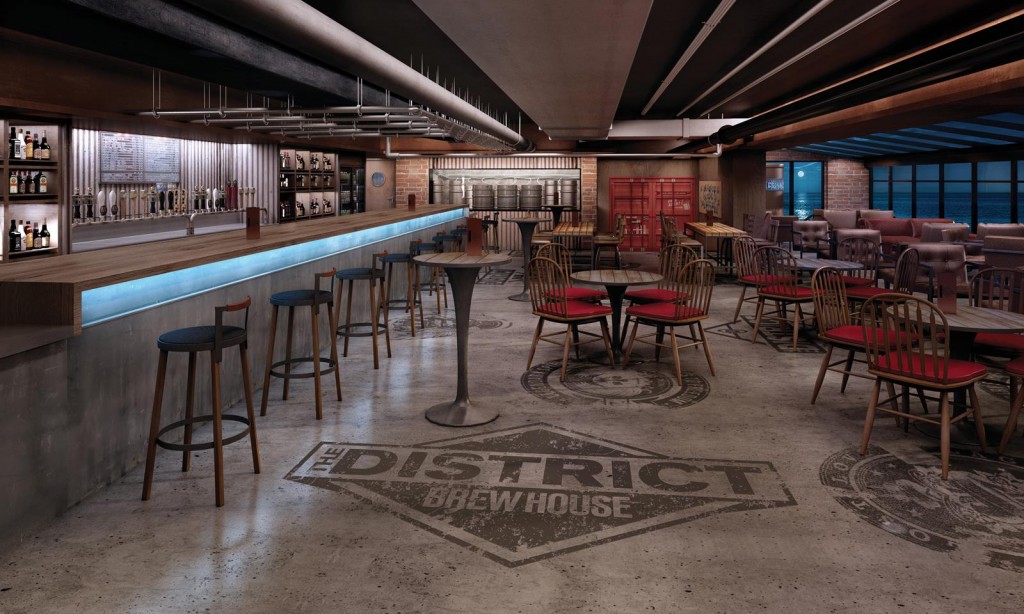 Another new concept never done at sea is the debut of the District Brew House. Best described as a “hip, urban craft beer hall,” the District Brew House features an exclusive partnership with Miami’s Wynwood Brewing Company. It will have 24 draft beers on tap, more than 50 different bottled beers and a keg room. Onboard will be Wynwood Brewing Company’s award winning signature brew, La Rubia Blonde Ale, along with a brand new brew available exclusively on the Norwegian Escape.

Interactive night life, sing-a-longs, along with a menu of gastropub style plates are part of the fun experiences, and there will even be a traditional photo booth, where guests can add their photos to the District’s pin board. 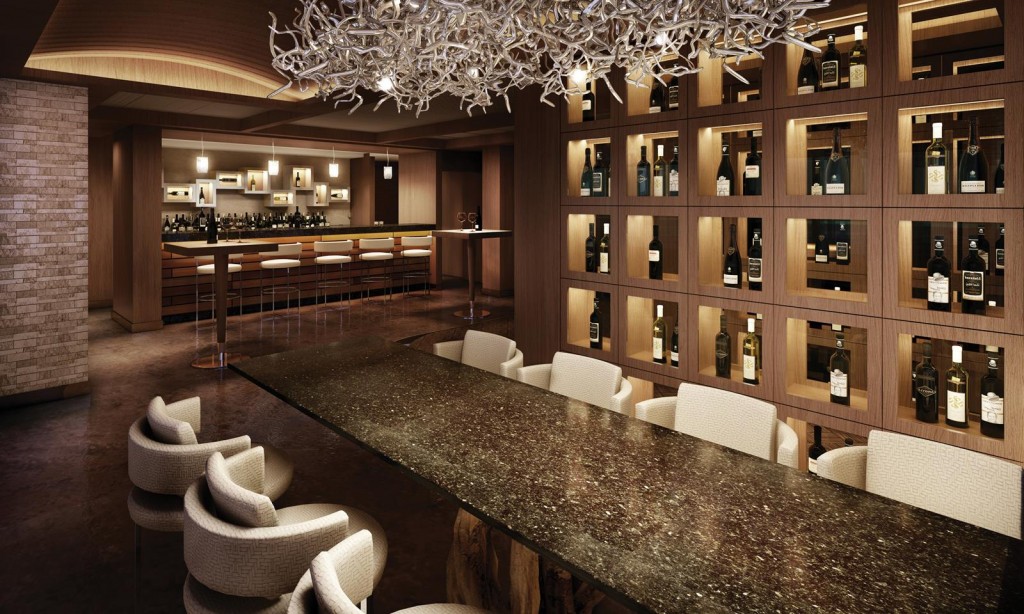 The Norwegian Escape is home to the cruise line’s first wine bar, thanks to a new partnership with the Michael Mondavi Family. The Cellars™, A Michael Mondavi Family Wine Bar, features a wide array of wine experiences, from tastings and education to the simple enjoyment of wine. Small plates and tapas, available a la carte, accompany the experiences. The Mondavi name has been a part of the prestige winemaking in Napa Valley for four generations, and now they’re bringing their best blends and knowledge to the Norwegian Escape. Part of the fun? Guests can pull up a stool on The Waterfront (which is quarter-mile wraparound oceanfront promenade) and enjoy a glass of wine and the ocean views at the outdoor wine bar, or step inside the sleek indoor tasting room and bar.

The Escape Theater has the Tony® Award-Winning Broadway Musical, “Million Dollar Quartet,” where guests can listen and enjoy the golden oldies. This smash hit musical was inspired by a famous recording session that brought together 4 rock ‘n’ roll icons for the first and only time – Johnny Cash, Elvis Presley, Jerry Lee Lewis and Carl Perkins.

“After Midnight,” which recently completed its Broadway run, is smash hit musical combining the big-band songs of Duke Ellington with the best dancing on Broadway and onstage jazz band. The cast of dancers, tappers and singers bring Harlem’s Cotton Club to life. “After Midnight” was Winner of the 2014 Tony® Drama Desk, Astaire Awards for Best Choreography and Outer Critics Circle.

The Supper Club features “For the Record: Dear John Hughes” 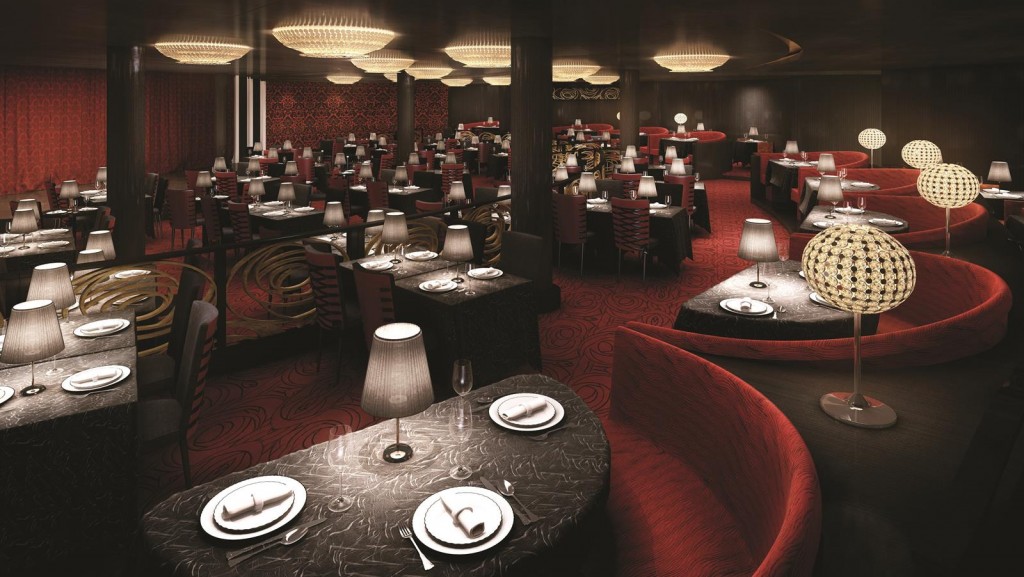 The Norwegian Escape takes the Supper Club in a new direction, complete with a new unforgettable dinner and show. Guests enjoy a 360 degree experience of John Hughes’ movies and their music while dining. Hughes’ movies from the 1980’s, such as  “Pretty in Pink,” “Sixteen Candles,” along with “Ferris Bueller’s Day Off” and “The Breakfast Club” are ones that have their musical soundtracks brought  to life in this  modern day cabaret experience.

More about the Norwegian Escape

The Norwegian Escape is their first “Breakaway Plus” ship, with 4, 2000 guests and 164,000 gross registered tons. She’ll be based in Miami, where she’ll sail year round. Offering Eastern Caribbean cruises, Norwegian Escape’s signature hull artwork is being designed by Guy Harvey, marine wildlife artist and a champion of ocean conservation.

With new diverse dining and entertainment venues onboard, and continuing with the Freestyle Cruising, the Norwegian Escape offers great options for groups. Flexibility, along with diverse accommodation choices (including The Havens, The Studios, as well as family and spa accommodations) and dining options are just a few. The Aqua Park & Sports Complex along with entertainment are more.

The Norwegian Escape will take the cruise experience to new heights, letting you and your group members enjoy even more “land to sea” options onboard.