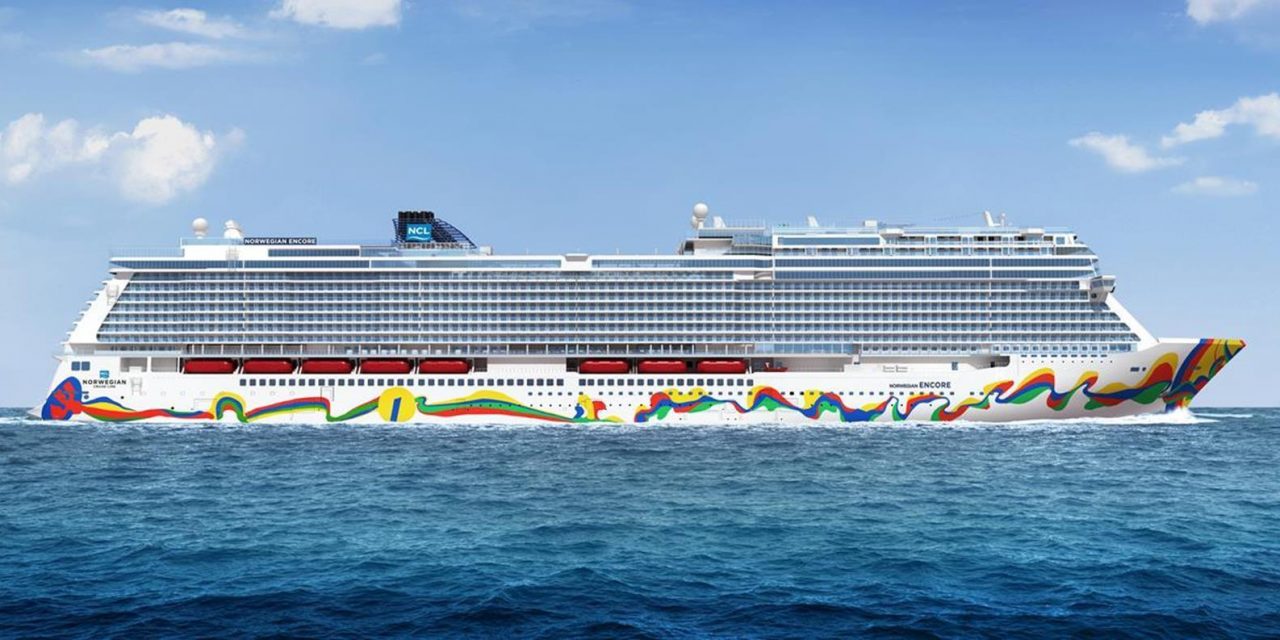 Norwegian Cruise Line’s newest ship will be deployed to the Caribbean, Bermuda, New England/Canada and Alaska

The Norwegian Encore was recently christened by Grammy Award-winning artist Kelly Clarkson, who performed for the dignitaries and other guests gathered for the event in Miami. The last Breakaway Plus class ship brings new features along with ones Norwegian Cruise Line is well known for. On November 24, 2019, the Norwegian Encore set sail from Miami on her first seven-day voyage to the Eastern Caribbean.

Updates and Features Onboard Norwegian Encore

The Norwegian Encore is nearly 1,100 feet long, accommodates nearly 4,000 guests and is approximately 169,000 gross registered tons. Her stunning abstract hull artwork was done by Spanish artist Eduardo Arranz-Bravo. The Norwegian Encore also has go-karts at sea (the only cruise line to offer this) and the Galaxy Pavilion, a 10,000-square-foot indoor virtual reality complex that features interactive gaming with cutting-edge technology. 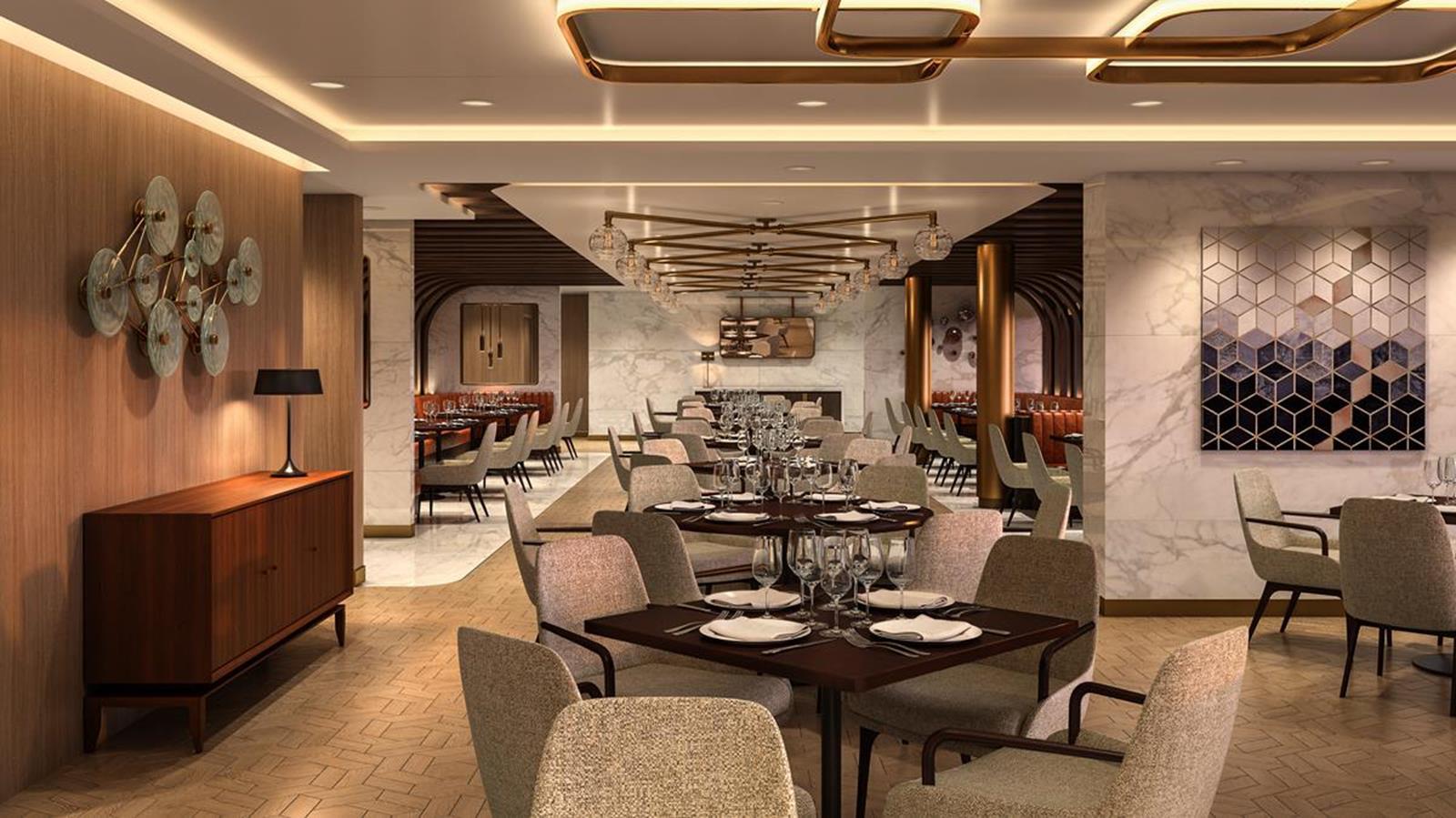 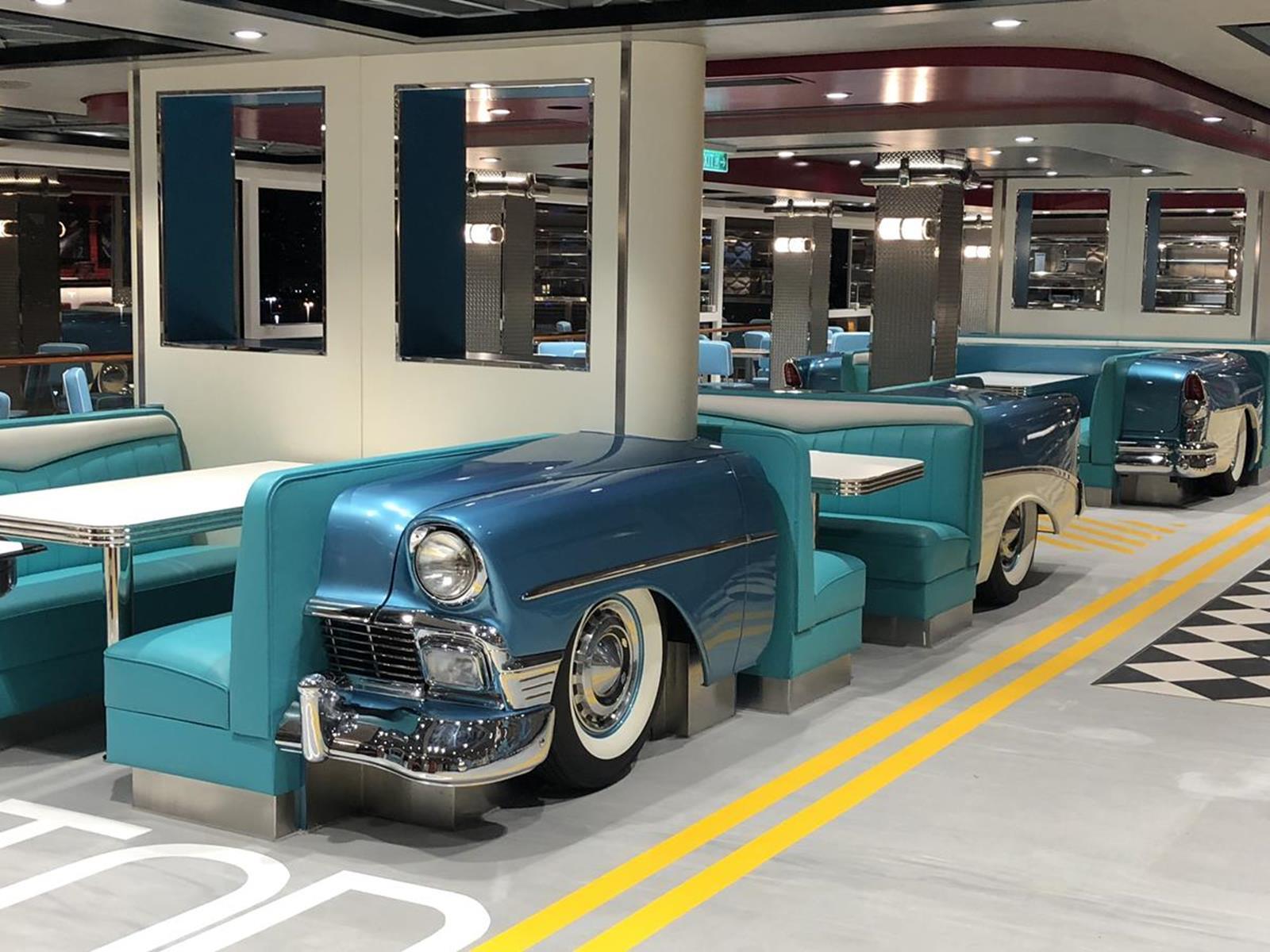 Complimentary dining for guests includes the main dining rooms – Savor and Taste as well as the Manhattan Room. The Local Bar and Grill offers 24-hour pub fare, while The Garden Cafe provides a three-meal buffet. 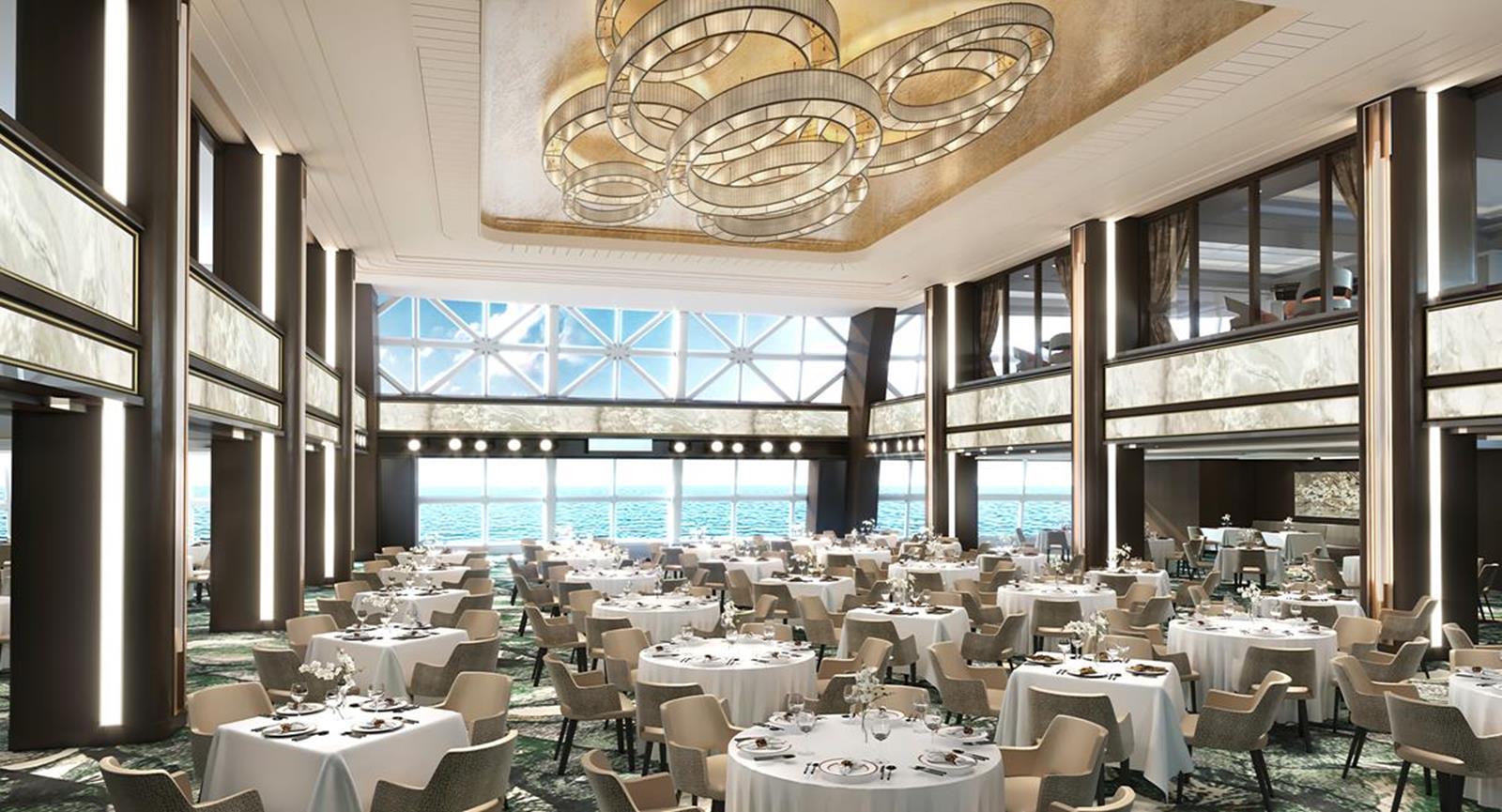 Guests staying in The Haven by Norwegian® can dine at The Haven Restaurant, which is exclusive to them.

The Norwegian Encore has new entertainment onboard as well as featuring popular productions on some of the other Norwegian Cruise Line ships. 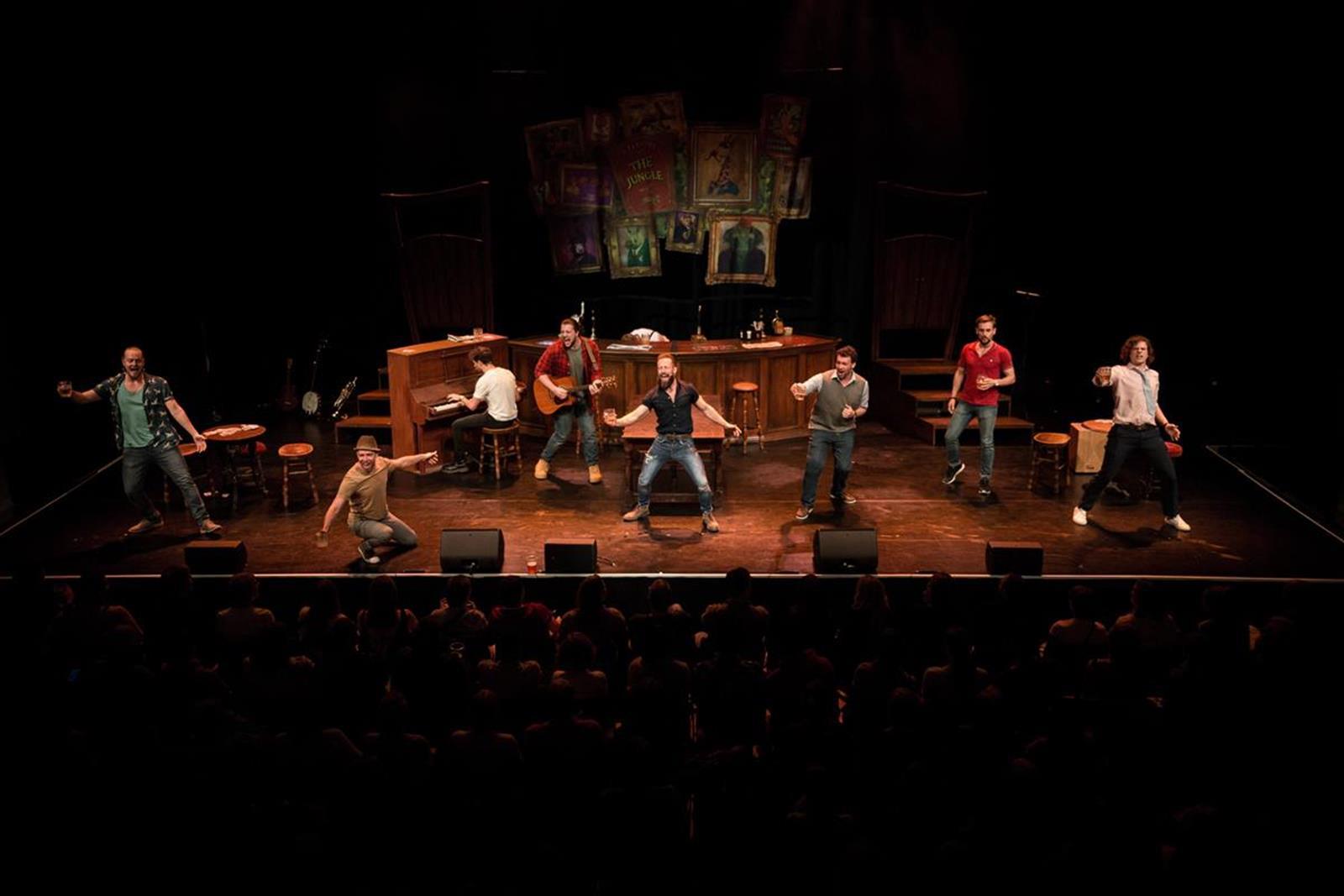 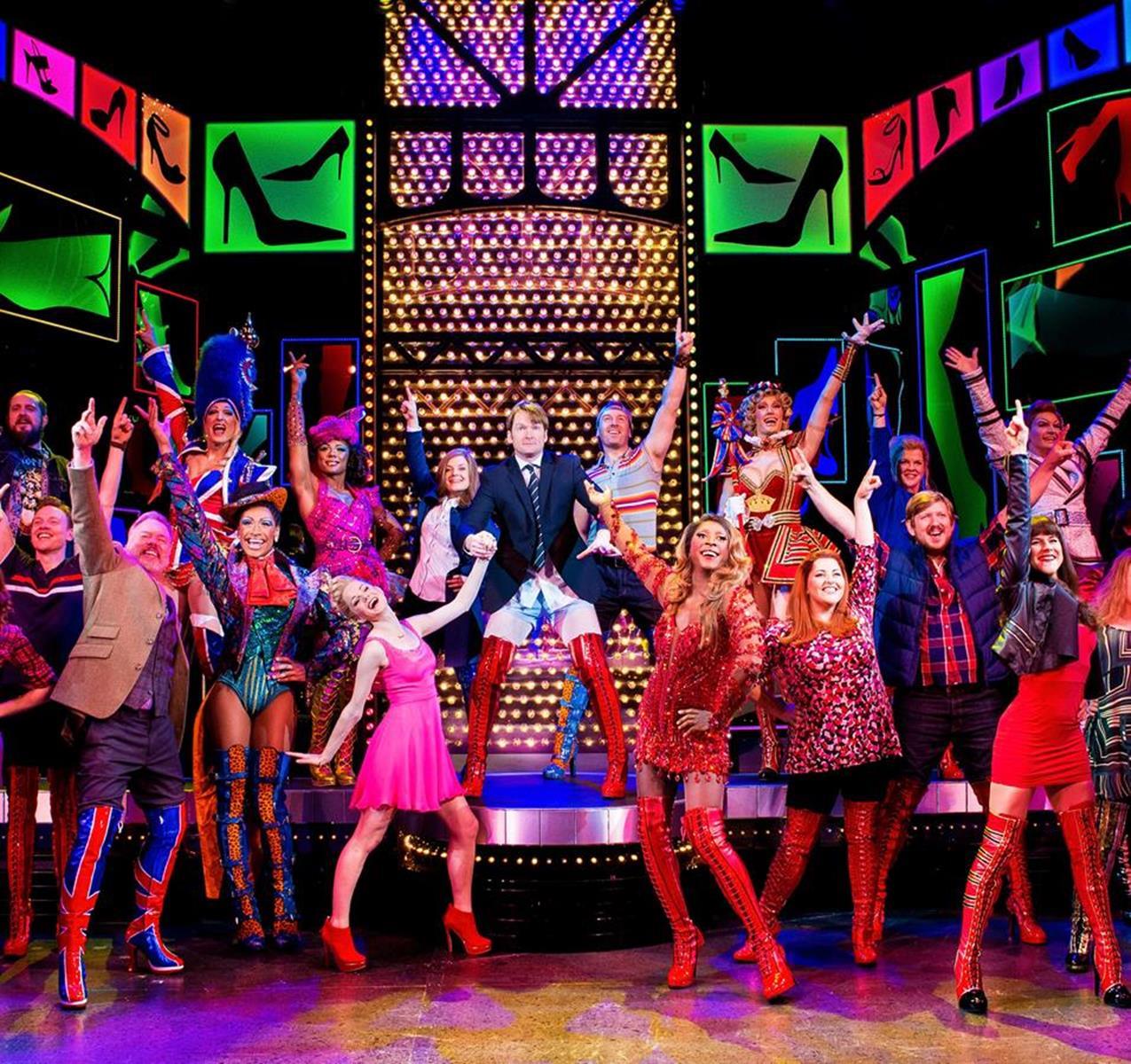 Another fun entertainment experience is The Cavern Club, which takes guests back to the legendary Liverpool club, with musical performances by a Beatles cover band. 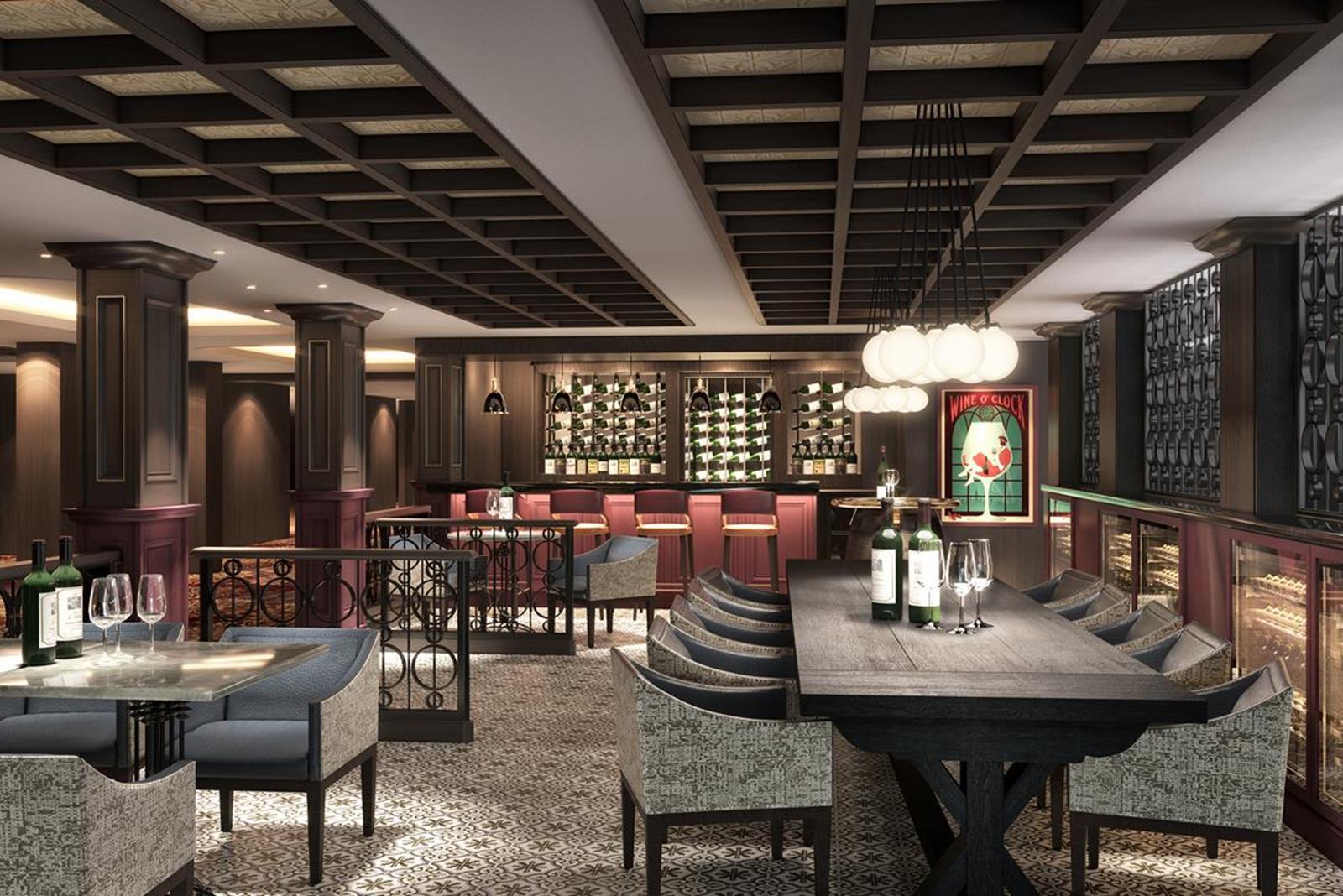 The Mondavi family participates in at least three of Norwegian Cruise Line’s “Meet the Winemaker Cruises” each year. These are hosted by Michael, Rob or Dina Mondavi, who participate in meet-and-greets, wine tastings and wine dinners.

Folio Fine Wine Partners is a marketing and sales agency founded and owned by the Michael Mondavi Family. It was created with the vision to represent some of the finest family-owned and family-managed wine producers.

Guests onboard have some terrific options when it comes to cocktails. The District Brew House has 24 beers on tap and 50 bottled beers along with favorites from Miami’s Wynwood Brewing Company. 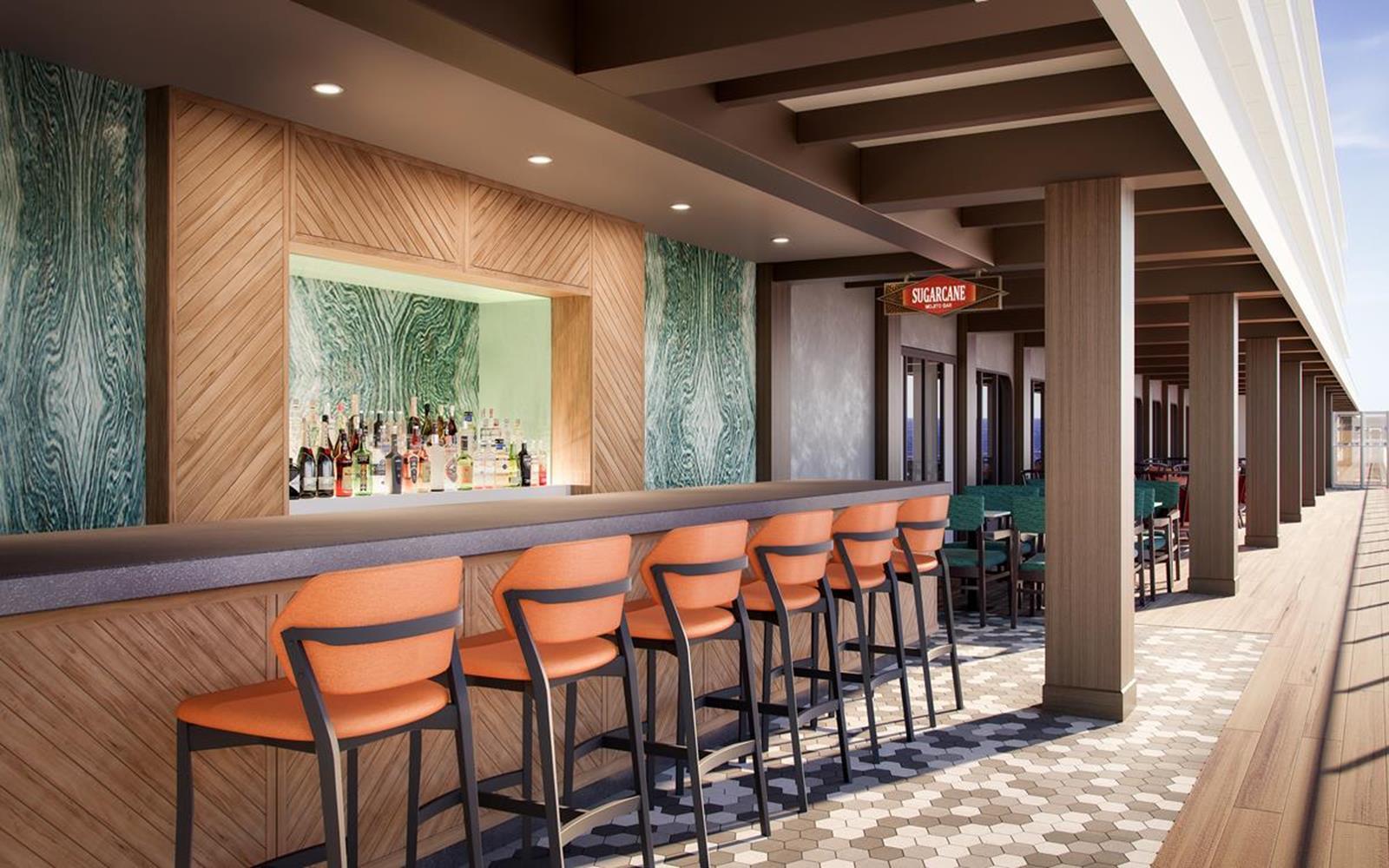 Vibe Beach Club is an adults-only lounge with its own sun deck. Other bars include the Skyline Bar, Sugarcane Mojito Bar, Mixx Bar, The A-list Bar and Maltings Whiskey Bar. 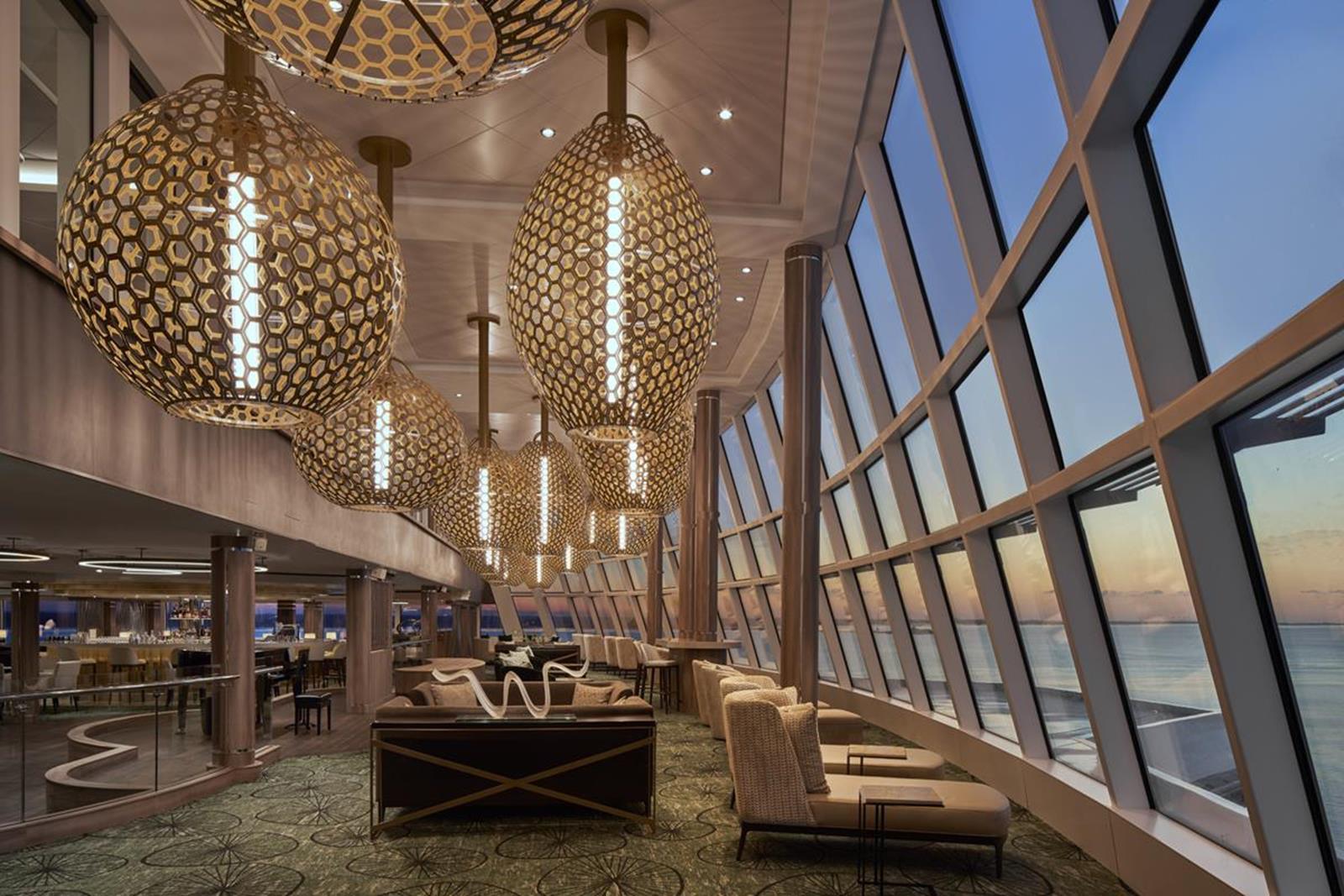 Mark Fine, director, beverage buyer, Norwegian Cruise Line Holdings, Ltd. shared details about the NCL Sail & Sustain Initiatives when we spoke. He said, “Much of what we’re doing within the beverage area is really under the radar, so to speak. We’re the first cruise line that’s been removing plastic straws, and now we’re offering paper straws on demand.” Another area Mark mentioned was the recent partnership with JUST Goods, Inc.

Mark also mentioned more “Drink of the Day” recipes are being developed and will be added to the menu in the near future.  He said, “It’s fun, exciting and also eye-awakening for us.”

Where the Norwegian Encore Will Be Sailing

The Norwegian Encore began her seven-day voyages from PortMiami to the Eastern Caribbean in November, and these will continue until April 2020. Beginning April 22, 2020, the Norwegian Encore will be offering itineraries to Bermuda, New England and Canada from New York City. 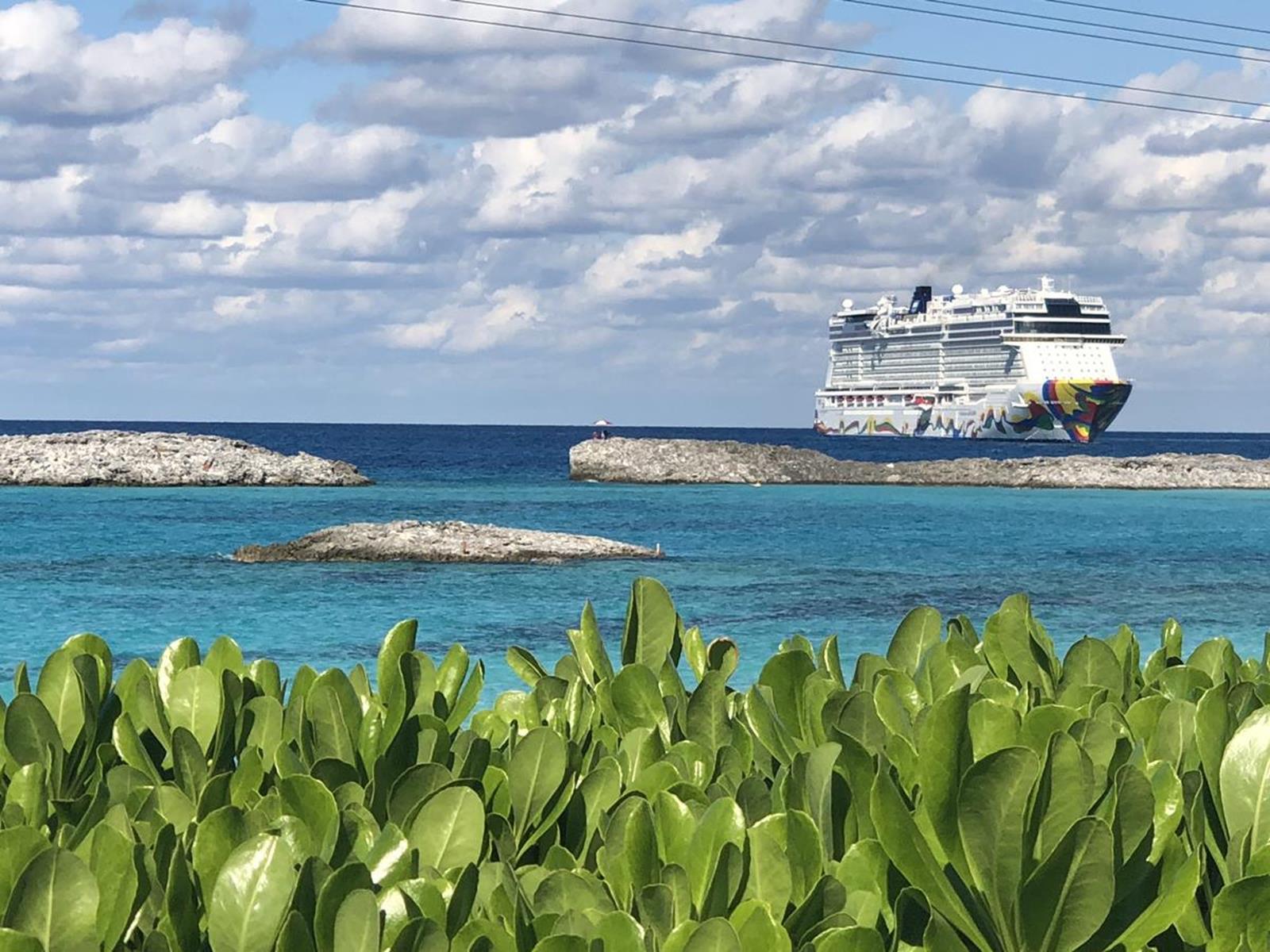 Then she’ll be sailing to the Western Caribbean from Miami beginning December 12, 2020. In the spring of 2021, the Encore will sail to Alaska from Seattle.

-By Cindy Bertram,
Cindy has 15+ years of cruise industry expertise in marketing, content creation, sales and training as well as social media. Her MBA from Loyola University Chicago complements her high creative edge and liberal arts BA. She can be reached at cindy@ptmgroups.com.