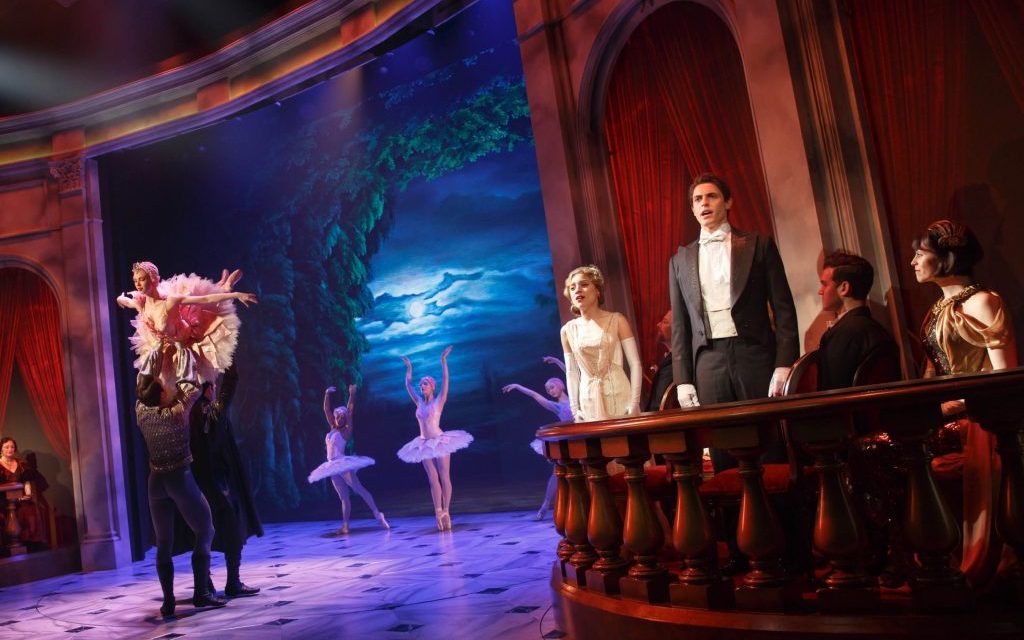 Cast aside your planning woes and let Broadway Inbound serve up the best theater experience you could possibly ask for.

As one of the oldest streets in all of New York City, Broadway spans the entire length of Manhattan, even meandering up through the Bronx. The entire street is dotted with famous spots and tourist attractions, but its most notable stretch sits between 42nd and 53rd Street. This section of Broadway is home not only to Times Square but to the American theater industry. Here, countless theatres with impressive histories welcome hundreds of thousands of visitors each year, allowing them to enjoy the stages that have delivered history-shaping musicals and plays.

If your group is looking to catch a show or two during your adventure in New York City, deciding which shows to see and where to see them can be a bit challenging. Should you see a musical or a play? How do you know if the performance will be any good? Is getting group transportation as impossible as it seems (not to mention group seats at the show)? Trying to get all the puzzle pieces to fit together might be tricky if you’re attempting to orchestrate everything on your own, but luckily a much easier solution exists: Broadway Inbound is ready to take reigns and streamline your theater experience, allowing you to focus on sitting back and enjoying the show.

Whether you’re a theater aficionado or a Broadway beginner, these five upcoming shows are the perfect addition to your next Big Apple trip.

Charlie and the Chocolate Factory 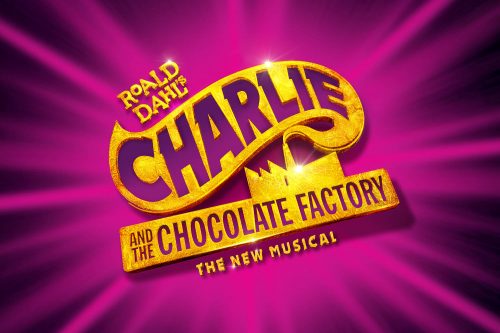 Roald Dahl’s treasured classic is hitting the stage, and the cast of this marvelous, mysterious musical invites you to join them inside a world of pure imagination. A story that we thought we knew so well is brought even further to life with songs, dancing and magical talent of Tony Award® winners like Christian Borle (Something Rotten, Peter and the Starcatcher), Jack O’Brien, Marc Shaiman and Scott Wittman (the director and songwriters of Hairspray), as well as internationally renowned playwright David Greig and choreographer Joshua Bergasse (“Smash”). Audiences around the world have always adored the whimsical tale of Charlie and the Chocolate Factory, but the magic of Wonka has never been experienced quite like this. 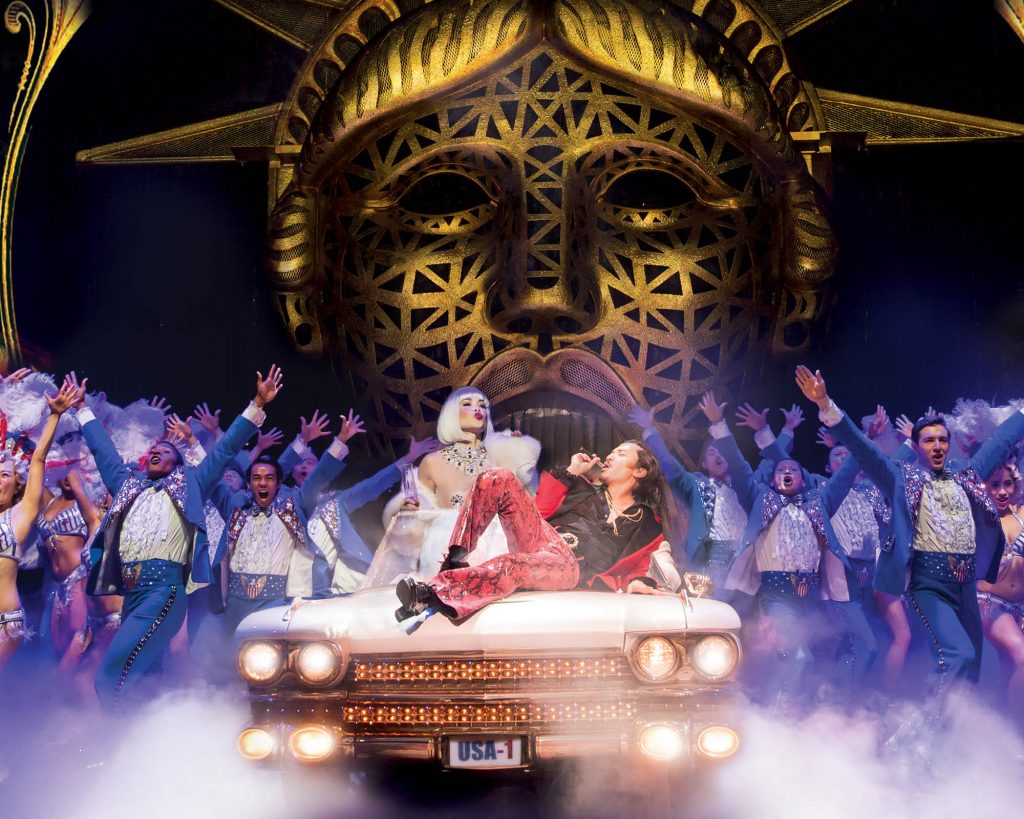 Set in 1975 Vietnam during the dwindling days of the American occupation, Miss Saigon uses song, dance and impeccable acting to tell the story of two unlikely lovers: an American GI and a 17-year old Vietnamese girl who’s been forced to work in a sleazy Saigon nightclub. The two cross paths in the club one fateful night and the events that unfold change their lives forever. This revival of Boublil and Schönberg’s original musical stars Eva Noblezada and Jon Jon Briones as the leads, and is produced by Cameron Mackintosh. The production will play a limited engagement at The Broadway Theatre beginning March 2017 through January 15, 2018, before going on a U.S. national tour.

From the twilight of the Russian Empire to the euphoria of Paris in the 1920s, the new musical Anastasia dances across centuries and country borders to tell the romantic, adventure-filled story of a brave young woman attempting to discover the mystery of her past. Inspired by the Twentieth Century Fox Motion Pictures, Anastasia reunites the Tony Award®-winning writers of the Broadway classic Ragtime: book by Terrence McNally, music by Stephen Flaherty and lyrics by Lynn Ahrens. The musical is set to be directed by Tony Award® winner Darko Tresnjak (A Gentleman’s Guide to Love and Murder) and choreographed by Peggy Hickey (A Gentleman’s Guide to Love and Murder). 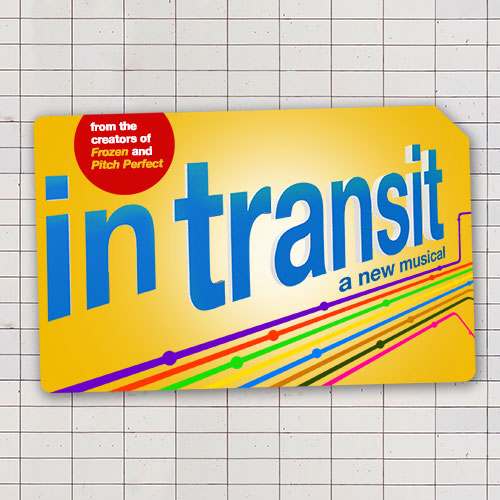 Inspired by the vibrant rhythms of life on the subway, this fresh, modern musical follows the intertwining lives of 11 New Yorkers all hoping to catch the express train to success, love and happiness. The musical features an a cappella score from the talented team behind Frozen and Pitch Perfect (Kristen Anderson-Lopez, James-Allen Ford, Russ Kaplan, Sara Wordsworth and Deke Sharon) and will be directed and choreographed by three-time Tony Award® winner Kathleen Marshall (Anything Goes, Nice Work if You Can Get It). 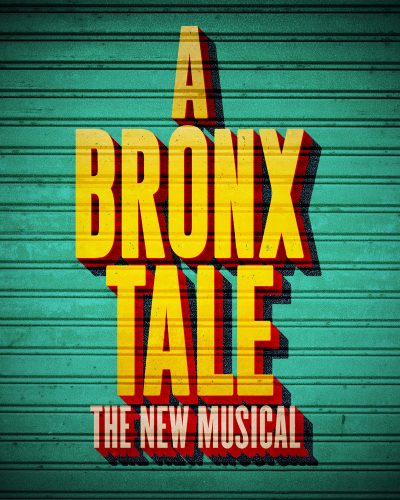 Based on the one-man show that inspired the now classic film, this streetwise musical will take you to the stoops of the Bronx in the 1960s, and into the heart of a young man who finds himself caught between the father he loves and the mob boss he’d love to be. Featuring an original doo-wop score, this is a tale about respect, loyalty, love and above all else, family. The musical is directed by two-time Academy Award® winner Robert De Niro and four-time Tony Award® winner Jerry Zakes, and written by Academy Award® nominee Chazz Palminteri, with a score by eight-time Academy Award® winner Alan Menken and three-time Tony nominee Glenn Slater. Choreography will be done by Sergio Trujillo.

Decided which show (or shows) you simply can’t miss? Head over to Broadway Inbound and discover how the ticketing team can ensure your group has a smooth and enjoyable Broadway experience. Whether you’re booking tickets in advance or looking to score a group discount, Broadway Inbound is ready to be your one-stop destination for all things theater-related.