Nebraska. Where Your Vacation Opportunities Are Endless 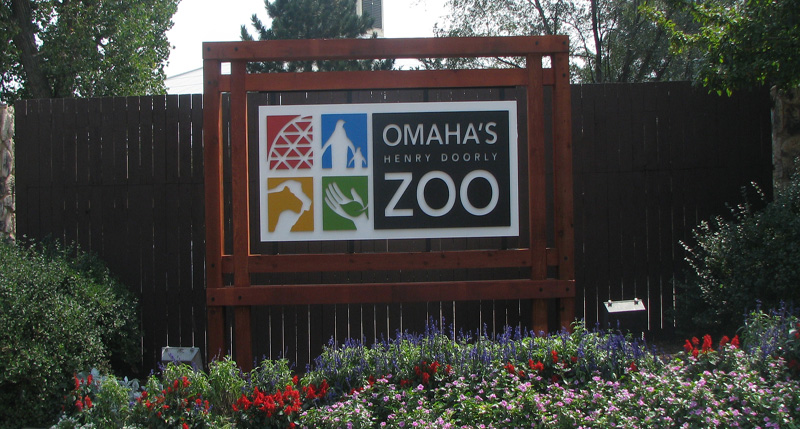 So what are you waiting for? Find out more about a group getaway to Nebraska. It could be just the adventure you’re looking for.

Get out and play

The best of both worlds does exist. Tallgrass prairies and fertile farms neighbor bustling cities and world-class attractions. Stroll through fine museums. Float down scenic waterways. Embark on a historical journey. Nowhere is the juxtaposition of city and country so compelling as in Nebraska.

Ranked the best zoo in America by Reader’s Digest, Omaha’s Henry Doorly Zoo offers visitors some of the most advanced, engaging animal exhibits in the world. The zoo is home to several of the world’s largest indoor habitats including a rain forest, a desert, and a nocturnal exhibit. The zoo also features a state-of-the-art gorilla habitat, orangutan forest, walk-through shark tank, and an overhead tram that provides sky-high views of the zoo grounds and exhibits.

Just north of the zoo is the city’s newly revived downtown area. Enjoy some of the Midwest’s most acclaimed restaurants, soak up the atmosphere in the Old Market while you shop an array of unique stores, or cruise the scenic Missouri River on the River City Star Riverboat.

Need a break from the hustle and bustle? Although only a short drive from downtown, hiking in Bellevue’s Fonentelle Forest will make you feel like you’re a million miles from the city. In nearby south Omaha, El Museo Latino highlights the important contribution the Hispanic population has had on the history, culture, and development of Omaha.

On the western side of the metro area, you can catch the Omaha Storm Chasers, the Kansas City Royals’ Triple-A affiliate, in action at the brand-new Werner Park stadium. 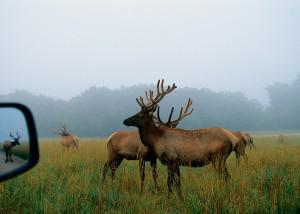 It’s not surprising that a state with a knack for growing things is fast becoming known as a hot spot for wineries. After all, the jump from breadbasket to wine cellar isn’t such a big one.

Across the state, more than 200 vineyards take advantage of fertile soil and ideal growing conditions to produce some very tasty varieties. Spend a pleasant afternoon touring the vineyards, tasting a variety of award-winning wines, and purchasing a bottle or two of your favorites. Whether you prefer red or white, semisweet or dry, you’re sure to have a wonderful time.

Spine-tingling outdoor excursions can be found across the state, so be prepared for an awe-inspiring escapade whatever adventure you choose. Your group will appreciate the beautiful scenery and winding trails of Chadron State Park and Wildcat Hills State Recreation Area. At Nebraska’s largest state park, Fort Robinson near Crawford, enjoy buffalo stew cookouts, theatrical presentations, and Jeep rides through the majestic buttes.

Even without a coast, Nebraska claims an abundance of wet and wild fun along its waterways. The Niobrara National Scenic River is one of the most versatile destinations for water recreation. Explore the river via tube, kayak, or canoe. Try navigating the snaking Loup River the good old Nebraska way: a floating livestock tank filled with friends and fun. Or hit the eastern stretches of the Platte River via airboat for a fast-paced adventure along picturesque shores.

If you’re really looking to get away from it all, there’s no better place to be than Toadstool Geologic Park. In fact, you may have to blink twice before realizing you’re still on the same planet. Travelers consider the peculiar lunarlike landscape a perfect spot for exploration.

The sandhill cranes – a natural phenomenon 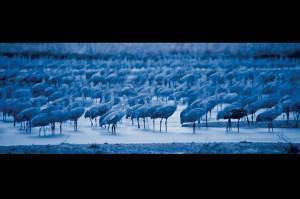 Every spring for about the past 10 million years, one of the most impressive wildlife events has occurred right here in Nebraska. Between mid-February and mid-April, half a million sandhill cranes gather along the Platte River Valley as they make their annual migration north.

To give your group a bird’s-eye view of this breathtaking phenomenon, you’ll want to head to Grand Island, Kearney, and Hastings. In addition to cranes, your group can see more than 10 million ducks and geese, majestic bald eagles, and possibly the endangered whooping crane.

The Hastings Museum of Natural and Cutltural History boasts the largest whooping crane display in the United Sates. The Rowe Sanctuary and Iain Nicolson Audubon Center near Gibbon has exceptional educational displays and an indoor viewing area. Your group can also experience the beauty of the Platte River at the 12,000-square-foot interpretive center at the Nebraska Nature & Visitor Center near Grand Island.

Step back in time 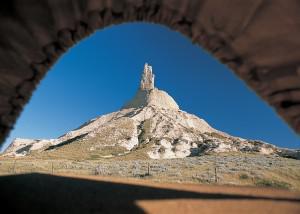 Just like the early settlers, you can view Chimney Rock near Bayard from within a covered wagon as you retrace the Oregon Trail by wagon train. Photo Courtesy of J. Nabb, Nebraska DED

Nebraska truly is pioneer country. And when your group travels to Nebraska, you can see firsthand the geological formations that guided waves of pioneers across the prairie.

Genuine wagon ruts and remnants of the Oregon Trail at Scotts Bluff National Monument enable you to trace the steps of settlers who came before you. An even more recognizable landmark is Chimney Rock. Visible from more than 20 miles away, the towering spire let weary travelers know they were on the right path. 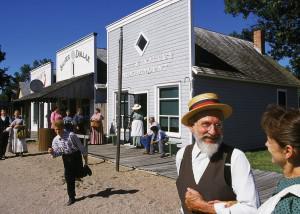 See the boyhood home of Henry Fonda and experience living history at the Stuhr Museum of the Prairie Pioneer in Grand Island. Photo Courtesy of G. Ryan, Nebraska DED

The Stuhr Museum of the Prairie Pioneer in Grand Island, too, recognizes the importance of our past with a living history experience like no other. In the summer months, Railroad Town—the museum’s own 1890s village—is buzzing with townspeople dressed in period clothing. The town depicts pioneer life with more than 60 original structures including shops, homes, and barns.

One of the state’s most outstanding attractions is near Beatrice. Homestead National Monument of America brings to life the homesteading story and the importance that the Homestead Act of 1862 had on the settlement of Nebraska. You can travel west along the Heritage Highway to visit the home of Pulitzer Prize-winning author Willa Cather, who wrote about life on the Great Plains.

Of course, you can’t talk about the Old West without mentioning cowboys. At the Buffalo Bill Ranch State Historical Park in North Platte, you’ll learn all about the life of one of the most famous cowboys, including his stint as a Pony Express rider, his famous Wild West Show, and his scouting experiences. 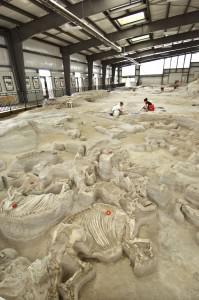 Nebraska also has some bragging rights when it comes to ancient history. Case in point—Ashfall Fossil Beds State Historical Park. Check out the Rhino Barn to see fossils of barrel-bodied rhinos, camels, horses, saber-toothed deer, and more, all which are being carefully uncovered within full view of the visiting public.

In addition, Nebraska is home to the world’s premier collection of mammoths and mastodons. Lincoln’s University of Nebraska State Museum of Natural History, also known as Elephant Hall, wows visitors with its massive fossil structures, the largest being a 14-foot male mammoth. Jurassic dinosaurs and prehistoric rhinos and horses are also on display.

Two more great spots to get the dirt on paleontological finds are Agate Fossil Beds National Monument near Harrison and the Hudson-Meng Research and Education Center near Crawford. If you’re in the area and wanting to do a little digging yourself, make a stop at High Plains Homestead. The unique guest ranch offers guided and unguided fossil hunting excursions.

Planning a group getaway to Nebraska is easy, so get started today. Simply check out the Group Travel Planner at VisitNebraska.gov, or contact individual destinations for information on group packages and planning.