Prior to her arrival, the MSC Divina had 2 new dining venues added, along with the cruise industry’s first Aqua Cycling. She also went through some “Americanized” touches before her debut in Miami. MSC Cruises just announced they’re building two new ships. Named “Seaside,” these new prototype ships will offer a new revolutionary design for cruising. 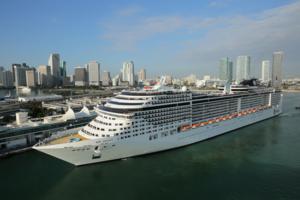 More about the “Seaside” ships

MSC Cruises’ new “Seaside” prototype ships will be able to accommodate up to 5,300 guests plus 1,413 crew members. With a gross tonnage of 154,000 tons, these ships will be 1060 feet long and a width of 135 feet. They’ll also have 468,230 square feet of public areas, and continue the high quality MSC Cruises is known for as well as their Mediterranean style. A few unique features announced will be a sea-level promenade that circumnavigates the sides of the ship, with restaurants, and shops along with outdoor spaces. And there will be panoramic lifts with sea views.

The first “Seaside” ship will debut in November 2017 and the second arrives in May 2018. These two ships will also have numerous technological innovations, including one that reduces fuel consumption by 25%.

The MSC Divina and her Americanization 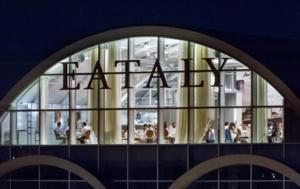 Before repositioning to the PortMiami in late November 2013, the MSC Divina went through changes as far as her onboard product. These included the addition of menus that appealed to a North American taste, an Americanized service style and entertainment that was appealing to both U.S. and Canadian travelers. In addition, MSC Cruises also added an English language speaking crew, along with some extra touches and training for the crew to deliver a product geared for North Americans.

More details on the MSC Divina

The third “Fantasia-class” ship in the MSC fleet, the MSC Divina was christened spring 2012 by legendary actress Sophia Loren. She has the line’s signature “ship within a ship” with the MSC Yacht Club. Located on the upper foredecks of the ship, the MSC Yacht Club is an exclusive VIP area that includes 69 luxury suites with extra amenities. 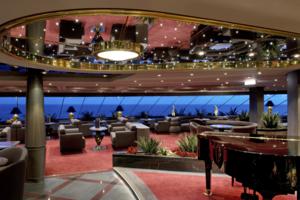 As a result of the partnership that MSC Cruises already has with Eataly, the popular Turin-based chain and epicurean emporium, the MSC Divina also introduced new restaurants. These include the upscale Ristorante Italia and Manzo, a spectacular regional steakhouse, along with Eataly marketplace where guests can purchase authentic Italian and artisan products.

Accommodating 3,502 guests with 1751 staterooms, the MSC Divina has seven restaurants, 5 swimming pools including the Infinity pool, a bowling alley, theater, Internet café, conference center, gym and spa along with 18 bars and lounges. She also has kids and teens areas. 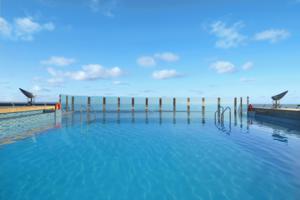 Infinity Pool on the  MSC Divina

The MSC Divina is the cruise industry’s first ship to offer Aqua Cycling by Hydrorider. Noted as the newest fitness craze and featured on “Good Morning America,” the aquatic cycles used are made of marine stainless steel by Hydrorider in Italy. Placed in one of the pools for training and classes, guests onboard the MSC Divina participate in classes for a small fee, led by fitness professionals who’ve been trained in the benefits of cycling underwater, while enjoying energizing music. The aquatic cycles are removed when classes are over, allowing guests to enjoy the pool for other relaxation purposes as well.

After completing her Caribbean cruises from Miami during her winter 2014-15 season, the MSC Divina will be repositioning to Europe for summer 2015. She’ll be offering new seven night itineraries from May 16 through October 3, 2015. The MSC Divina is expected to be back sailing from the US during the winter 2015 to 2016 season. The MSC Divina’s onboard product offering more of an Americanized touch will still be in place.

As Richard Sasso, President and CEO, MSC Cruises North America, further explains, “After exposing the MSC Divina to thousands of guests in the Caribbean, customer surveys are showing an increased desire for North Americans to sail onboard the MSC Divina in the Mediterranean.” 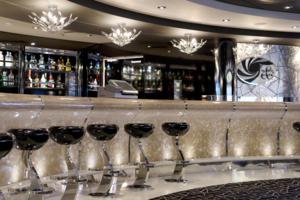 A family owned, privately-held Italian cruise line, MSC Cruises currently has a fleet of 12 ships, and continues to grow. Diverse itineraries, along with guests experiencing the “Mediterranean way of life” combined with the Americanized features that are now a part of the MSC Divina might be a few reasons to consider her for a possible future group cruise.