A Magnificent Makeover in Missouri 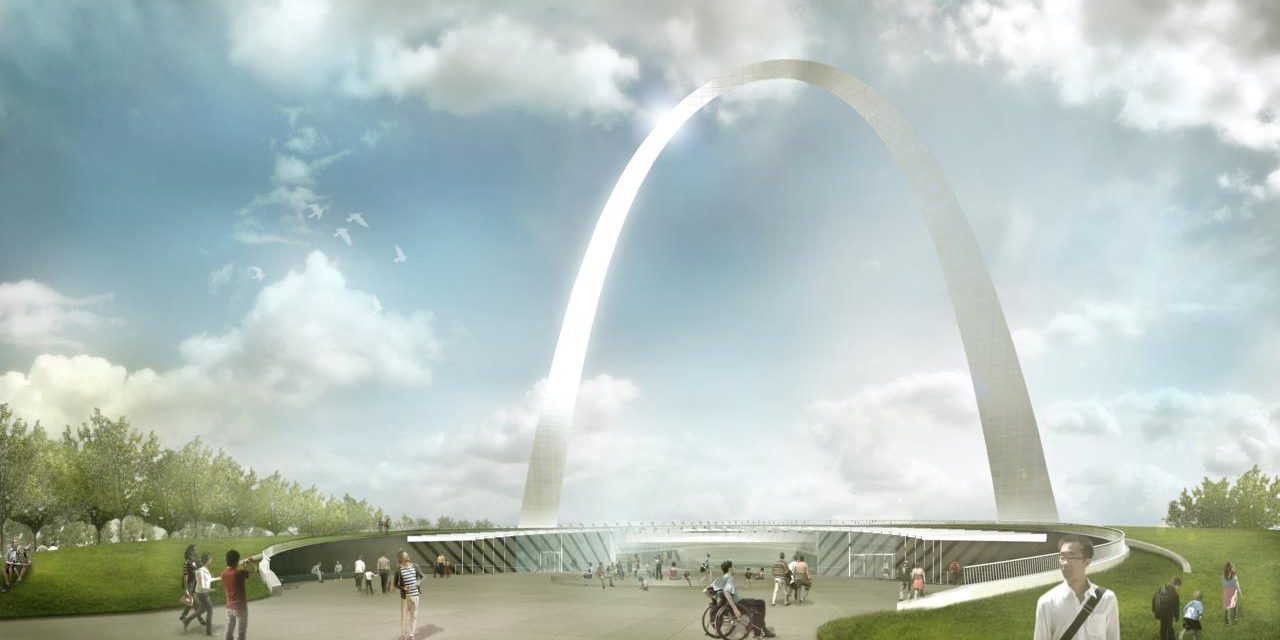 For group planners who have been organizing tours of St. Louis over the years, the iconic Gateway Arch is certainly an “old standby,” but a transformation of the Arch makes your next visit a dramatically new experience. The four-year, $380-million CityArchRiver project is nearing completion, and all the pieces should be in place by summer 2018. Its overarching goal: seamlessly connecting downtown St. Louis with the Arch and riverfront, a plan that was part of renowned architect Eero Saarinen’s winning Arch design.

The stainless-steel Gateway Arch, rising 630 feet from a forested park set above the banks of the Mississippi River, is part of Jefferson National Expansion Memorial, the area for which was designated a National Historic Site in 1935. The Arch, built between 1963 and 1965, is the tallest man-made monument in the U.S. and commemorates America’s westward expansion in the 19th century. One of the Midwest’s prime tourist magnets, it stands on the site of the original village of St. Louis established by Pierre Laclede in the 1760s. 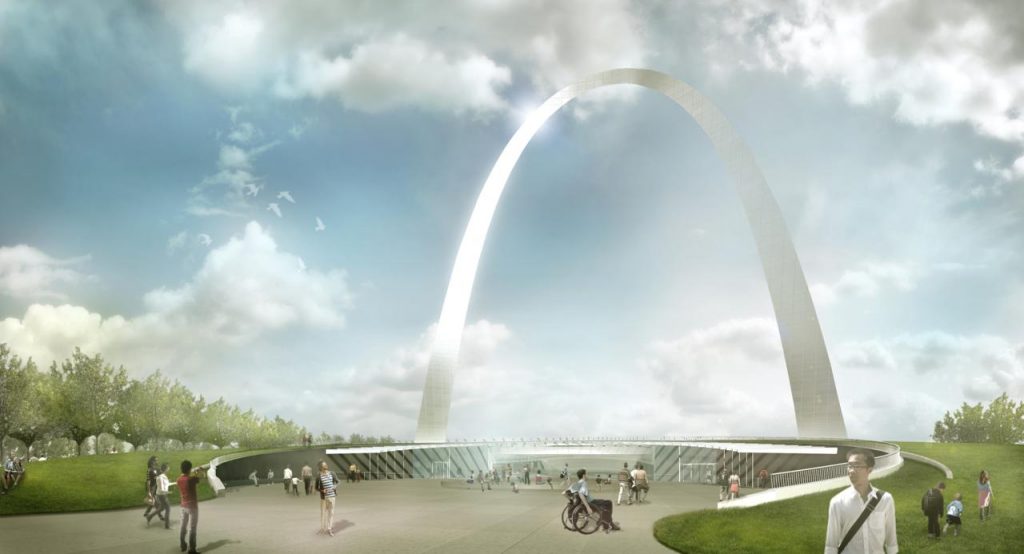 Groups visiting the Arch in 2018 will find new landscaping along with a new visitor center and museum. The project’s “park over the highway,” completed in 2015 to create pedestrian walkways bridging the interstate, allows visitors to walk from downtown’s Luther Ely Smith Square (located across from the Old Courthouse) to the Arch grounds and down to the riverfront in one continuous green-way without a curb, stair or intersection in the way. It eliminates the need for pedestrians to cross six lanes of traffic to get to the Arch. Tour operators are glad to hear that bus drop-offs and parking will be more convenient, too. 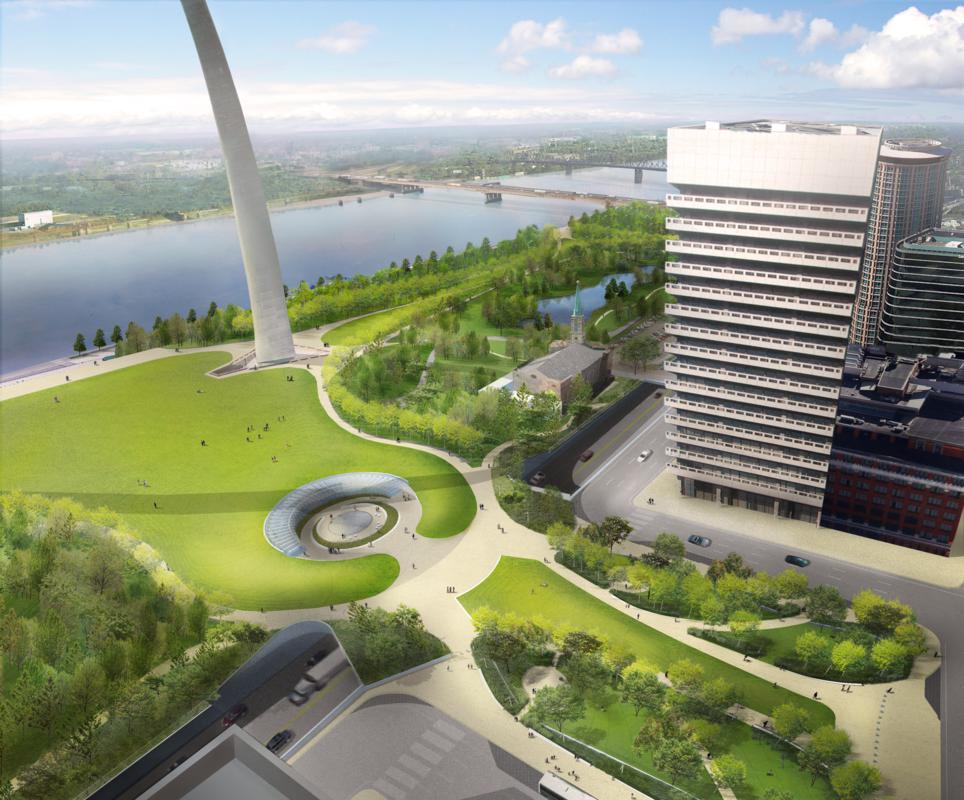 The Old Courthouse, also part of Jefferson National Expansion Memorial, is a free attraction with a magnificent rotunda, historical exhibits, and ranger talks and tours. It’s most famous as the site of the Dred Scott trial, in which slaves Dred and Harriet Scott sued for their freedom in 1846. After 11 years in court, the case was finally settled in a U.S. Supreme Court decision that was not in their favor. A History Channel video explains how the case was a leading cause of the Civil War and a defining moment in the nation’s civil rights struggle. Groups (up to 30 people) can arrange a ranger-led courthouse tour or a re-enactment of the Dred Scott (or another historical) trial in which guests read scripts, argue facts and decide on a verdict. The Old Courthouse features artifacts from the Arch’s former Museum of Westward Expansion in galleries that tell the stories of Colonial St. Louis, Lewis & Clark, American Indians and the fur trade.

When opened, the Arch visitor center’s curved glass entrance will lead to an interactive 21st century museum (under the Arch) with all-new exhibits on the American West and the role St. Louis played in its settlement. Themed areas will include Jefferson’s Vision, Riverfront Era, New Frontier, Manifest Destiny, Colonial St. Louis and Building the Arch. 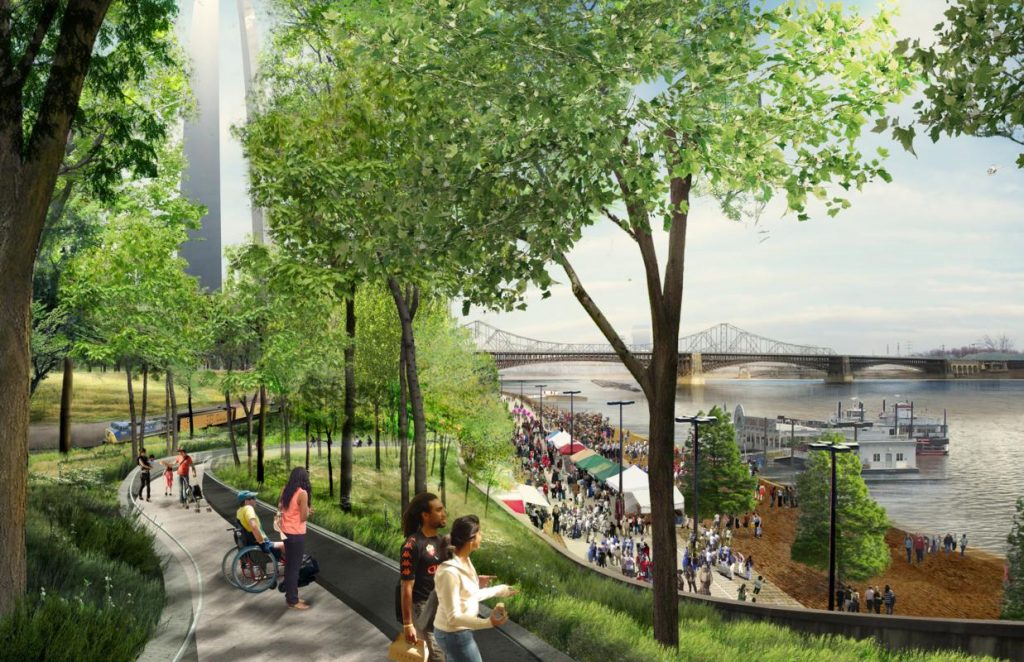 During construction, the Arch remains open for tram rides to the top, a highlight of any St. Louis trip. The five-passenger, barrel-shaped capsules lead to the Arch’s observation deck, where everyone enjoys the views of the city and Mississippi River from little windows in the lofty perch. Landmarks on the horizon include Busch Stadium, home of baseball’s St. Louis Cardinals, and the stately, Romanesque-style tower of the 1894 St. Louis Union Station, which houses a Hilton hotel and in 2019 will host the St. Louis Aquarium. Journey to the Top tickets include admission to Monument to the Dream, a documentary movie on the building of the engineering marvel.

On the north entrance to the Arch grounds, shaded lawns, bike and pedestrian paths, and a natural amphitheater for performances and other events are part of a 7½-acre addition that replaces a parking garage. Also in this quiet area is an interpretive garden featuring flora that Lewis & Clark would have seen on their famed journey west. This green-space improves access to historic Laclede’s Landing, the adjacent riverfront district with cobbled streets and old industrial buildings housing shops and restaurants. 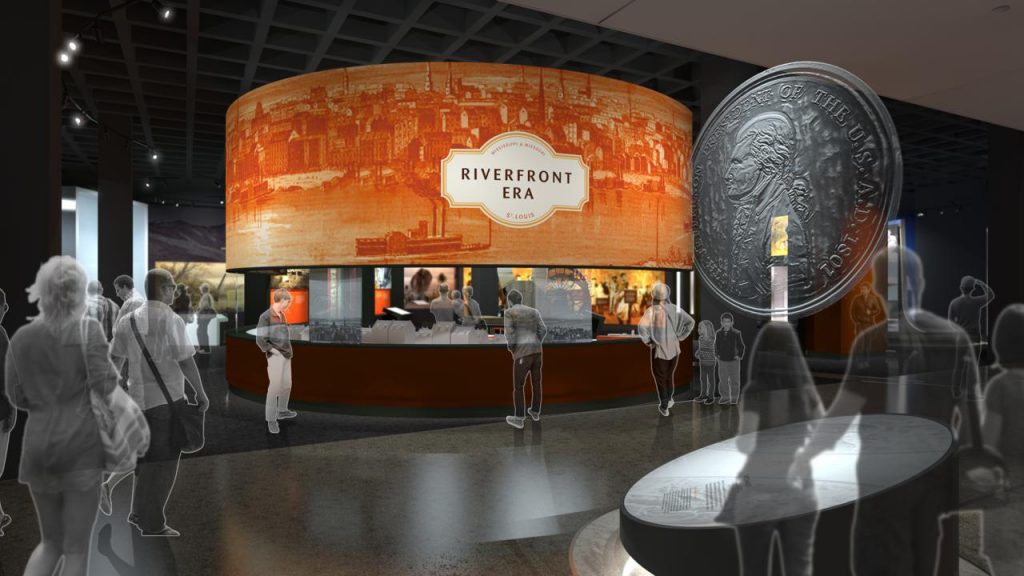 Those who remember the grand staircase between the Arch and the river will be happy to know that now a gently sloping ramp means there’s no need to trudge up any steps. Food trucks, street-level stages, and new walking and bike paths bring more people to the riverfront promenade, which has been raised three feet to make it less susceptible to flooding. On the dock of the Gateway Arch Riverboats, the Arch View Cafe serves cooked-to-order fare. Groups can order box lunches to enjoy on the dock, aboard the Tom Sawyer or Becky Thatcher sightseeing cruises, or on the go. Other riverside restaurants are anticipated in the future.

A game-changer for St. Louis tourism, the monumental CityArchRiver project surely will add to the experience for the 2.4 million people who annually visit the Gateway Arch, a bucket-list destination by any definition.