Lands of the Maya 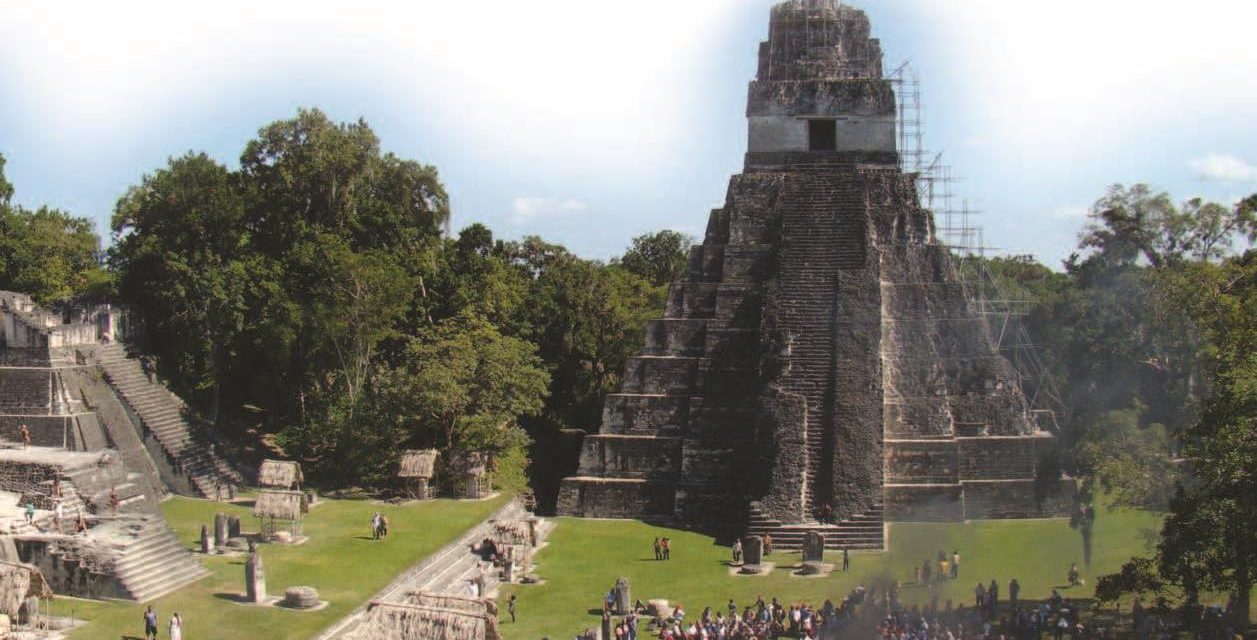 Most residents of North America tend to look east to Europe or west to Asia when considering a historically-themed adventure. We seem to forget that there were ancient civilizations that spanned the Americas and that their legacy remains to this day in dozens of spectacular ruined cities, right in our own metaphorical backyard.

Let me take you through a brief exploration of just a few of these mythical cities left behind by one of the most powerful and advanced civilizations to grace Central America, the Maya. From modern day Mexico to Panama, the Maya reigned as the dominant culture for well over a thousand years. Although their civilization has been dead almost that long, anyone who witnessed the recent hoopla over the end of the world in 2012 cannot deny their influence on society today.

Our journey begins just 30 miles northeast of Mexico City, where resting quietly atop the sprawling Mexican Highlands are the remains of one of the largest cities in the world during the 6th century. Although the exact date is unclear, archaeological evidence points to the founding of Teotihuacan sometime during the first two centuries B.C., after which it grew rapidly to nearly 150,000 residents during the following 200 years and became the preeminent center of religious culture for the surrounding region.

Along the main thoroughfare, the aptly named Avenida de los Muertes (Avenue of the Dead), you can imagine the ancient city pulsing with activity—citizens walking from their multilevel apartment buildings in the massive Ciudadela, leaving the Temple of the Moon behind and making their way toward the imposing Temple of the Sun and the beginning of their day. 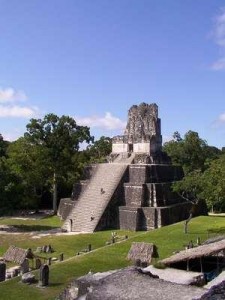 From Teotihuacan we point our travel compass southeast for the 900-mile trip into Mexico’s neighbor to the south, Guatemala, and the Mayan mecca of Tikal. Founded around the 4th century B.C., this pugnacious state was one of the most powerful and feared of the Mayan kingdoms. It dominated the region politically, economically and militarily for nearly 800 years until it was apparently conquered by Teotihuacan around the 4th century A.D., precipitating a slow decline until eventual abandonment sometime during the end of the 10th century.

Considered one of the premier examples of classical Mayan architecture, the massive city contains thousands of structures and does not leave you wanting, providing easy access to its plethora of temples, plazas, causeways and acropolises.  Among the most well-known of these is unceremoniously labeled “Temple II,” although its native moniker, Temple of the Mask, has a little more punch. Dedicated to the wife of Jasaw Chan K’awill, this beautiful monument to the long dead queen reflects the high regard in which Mayan rulers were held.

Leaving the well-exhumed remains of Tikal behind, we travel about 150 miles due east, up onto the Vaca Plateau and deep into the Chiquibil Forest Reserve of Belize to Caracol. Still in the primary phases of excavation, the majority of Caracol lies reclaimed by the wilderness, adding to the mystique and making the experience feel more like a scene from Tomb Raider than a museum visit.

One of the most important regional political centers of the classical Mayan empire, Caracol sprawled across an area much larger than present-day Belize City, the largest city in the country. It is home to the Sky Palace, which is both the tallest Mayan building in Belize and its highest man-made structure. 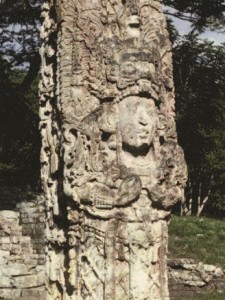 Our fourth destination takes us farther south, across the border into northwestern Honduras, to the fertile Copan River Valley. Best known for the beautifully intricate stone portraits (stelae), which line the central plaza, Copan was a southern seat of power for the Mayan empire until the 8th century.

Two of the most interesting structures in Copan are the Hieroglyphic Stairway, thought to be the royal palace of Yax Pasaj Chan Yopaat, and the West Court. Both are wonderfully preserved and offer unique glimpses into the social and religious underpinnings of ancient Mayan culture and pay testament to the importance of the city in regional politics.

The final destination on our tour of the ancient Mayan world takes us to El Salvador, less than 45 miles northwest of the capital of San Salvador. Ominously translated as “the place where the victims were burned,” Tazumal, which maintained a sizeable population until the 12th century, is considered to be the country’s most important and best conserved ruins.

Artifacts point to Tazumal as being an influential trade hub, with a reach all the way from Mexico to Panama. The city also contains a wonderfully preserved example of an intricate water drainage system that protected the city against annual flooding and an impressive specimen of a Mesoamerican ball court, where various sporting events were staged.

By no means all-inclusive, this list spotlights a few of the fascinating cities that collectively represent a broad cross-section of the Mayan culture. From advanced astronomy and mathematics to social works programs and deep religious dogma, there is much to experience for the seekers of many types of knowledge. When considering your next travel destination, don’t forget to look south, where long dead civilizations still reach out to touch our curiosity and sense of wonderment.