Visitors have the chance to take a drive through history on a journey through easternmost Kansas between Leavenworth and the Oklahoma border. The Frontier Military Scenic Byway (ksbyways.org/Pages/Frontier/frontier1.html) follows the same route taken by the Army to transport troops and provisions between Fort Leavenworth and Fort Scott.  Hugging the Kansas-Missouri border, the byway (U.S. 69) covers 167 miles, offering stories of the Civil War, the forts and battlefields, numerous historic and cultural attractions, and the chance to appreciate nature in parks and wildlife areas along the way.

Following is just a sampling of sites to stop and see on the Frontier Military Scenic Byway: 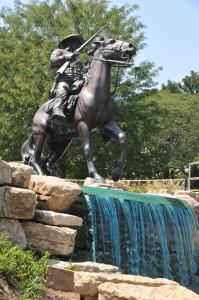 Fort Leavenworth, established in 1827, is the oldest fort in continuous operation west of the Mississippi River. Colonel Henry Leavenworth’s post on the hills mounting the western bank of the Missouri River became a portal to the western frontier. Settlers would pass through on the way to the Santa Fe and Oregon Trails, and the fort eventually began serving the Army as an arsenal, troop post and quartermaster. Today visitors can tour the fort and see various sites such as the Buffalo Soldier Monument, honoring the African-American soldiers from the 9th and 10th Cavalry; Frontier Army Museum, which tells the story of the frontier Army and Fort Leavenworth from 1827 to present day; the National Cemetery, one of the first 10 national cemeteries established by President Abraham Lincoln; and a Historical Wayside Tour of 16 historic sites within the fort.

The National Agricultural Center and Hall of Fame in Bonner Springs houses more than 30,000 pieces of old machinery and farm equipment, a Museum of Farming, a National Farmer’s Memorial and a National Agriculture Hall of fame, which lists 38 men and women who have contributed to the success of American agriculture. There’s a one-mile nature trail, train rides and group tours and activities.

Travelers will probably work up an appetite while coasting along the Scenic Byway and what better place to stop than the Louisburg Cider Mill, where guests can taste the world-famous fresh apple cider and donuts. Special events and tours of the barn where the apple pressing occurs are offered as well.

The Trading Post Museum houses exhibits on the Indians, Civil War, John Brown memorabilia, pioneer artifacts and early farm machinery. Located in Trading Post, the oldest existing settlement in Kansas, it has an array of records dating back to 1863 and a generous genealogy library. 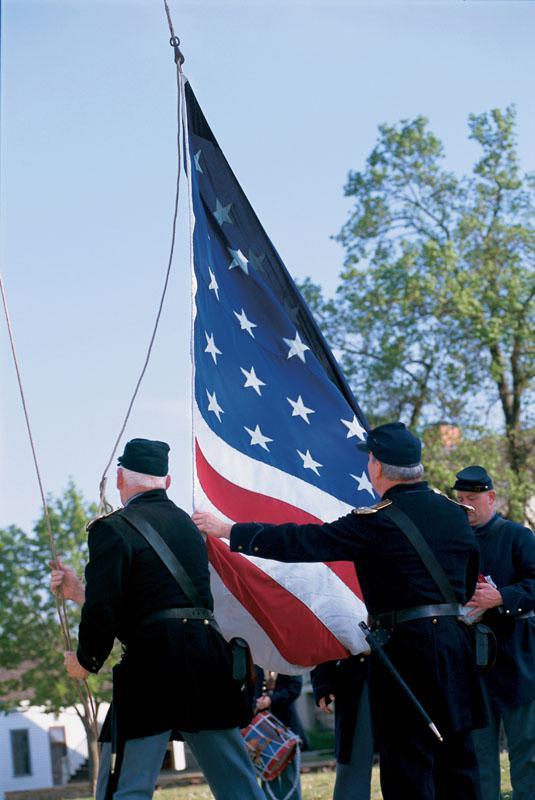 Fort Scott recalls momentous events from its start in 1842 to 1873 – the opening of the West, the Permanent Indian Frontier, the Mexican-American War, Bleeding Kansas, the Civil War and the expansion of the railroads. Today it’s supervised by the National Park Service and includes 20 major historic structures, including the Fort Scott National Cemetery, which Union and Confederate soldiers, Buffalo soldiers and Indian fighters all share. On the grounds there are also a 1840s restored fort, Victorian mansions, museums and antique shops. Visitors are offered guided and self-guided tours, trolley tours and interpretive programs, plus special events throughout the year.