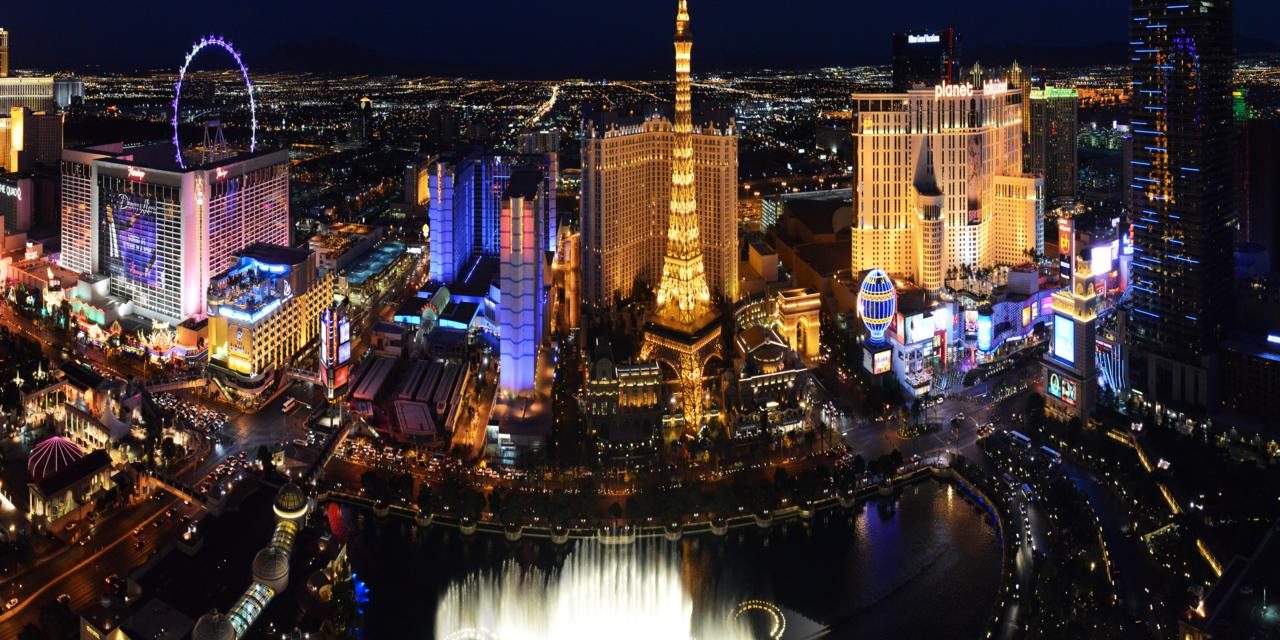 For the third consecutive year, Las Vegas set a new all-time record welcoming 42.9 million visitors to the “Entertainment Capital of the World,” surpassing 2015’s 42.3 million. Leisure Group Travel caught up with John Meyer, Sales Executive for the Las Vegas Convention and Visitors Authority to find out what’s interesting in Vegas, where group travelers are going and what they are doing. Enjoy!

Group travelers come in many shapes and sizes, so what type of groups are a good fit for Las Vegas?

We’re seeing a lot more interest and increase of visitations from the motorcoach segment. In addition to that we’re seeing a lot of girls weekends, guys weekends, bachelor and bachelorette parties, and wedding parties. They just come in so many different shapes and sizes. Hotels love that business because it is a great base for them. They use groups to fill the holes. A lot of groups are very flexible when they are travelling so hotels will say, “Hey why don’t you come on these days,” which might be two days different than what they might have been looking for, but because hotels will work with them on the pricing, it makes sense for the group.

A lot of group tours start with trying to fill the Vegas portion of their trip, get those days confirmed and then from there they build the rest of their itinerary. 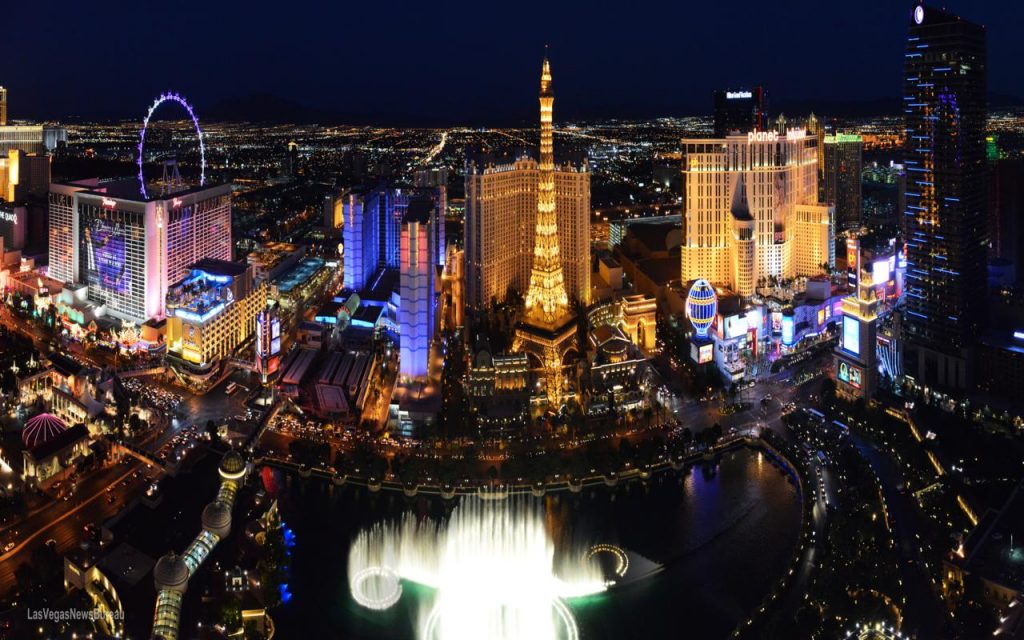 What is the recommended booking window for groups traveling to Vegas?

If you look at the motorcoach market, I think that one year to nine months out is the sweet spot. That poses some issues because they want to get their tours out early so that they can sell them, but, interestingly, when you start getting closer in, it makes it more problematic for the operators to sell because of the shorter time frame. When you get too far out, the hotels aren’t giving them as great of a rate because they’re still in “yield management mode.” You’re going to get better pricing from about six to nine months out, maybe up to a year.

What time of the year is the best to visit Vegas?

There’s a couple of ways to answer that. A great part about our destination is that it has approximately 150,000 hotel rooms – pretty much capable of accommodating groups of any sizes with the exception of a few key dates when we bring in large conventions. You obviously will want to stay away from them. Other than that, you pretty much have a run of the calendar. One area where we see a little less business on the convention side is summertime. Yes, it does get warm, but I don’t think it’s unbearably hot for a lot of the visitors.

Hotels are constantly going through various renovations. The newest project we’re seeing right now is Monte Carlo. They are going through a complete property renovation where they’re actually going to be transitioning the nature of the property into two hotels with unique looks so that they are hitting two different market segments. In addition to that, we also have the W Las Vegas and the SLS. This is the First W in Las Vegas, so we’re excited about that opening. Also, the Lucky Dragon just opened near the to Sahara just off the Strip and the SLS. It’s marketed towards Asian visitors and offers a unique experience.

Let’s shift a bit over to the tours and activity side. What are some of the popular things that you’re hearing groups like to do when they come in to town?

The big focus right now is more of the experiential type of activities people can do. We have places where you can go drive exotic cars – one being Exotic Racing. You can go and drive Lamborghinis, Ferraris, Aston Martins – and they each have their own tracks, so you’re actually sitting in a car driving these hundred- thousand-dollar-plus cars around the tracks. We also have Cirque du Soleil. They are rolling out some new backstage experiences, “meet and greets” with the cast right before the show. You can learn from their performers a little bit about what it takes to be in Cirque and learn some of the different techniques that they use and actually do it with them. These run anywhere from one-hour-long to a six-hour program, and then at the end of it, that night you’re sitting and watching the show, you can say, “That’s the guy who taught me how to do that!”

What are some of the other big shows right now?

The big move lately has been about residency acts. Acts like Bruno Mars, Cher and Ricky Martin are going to be at the Park Theater at Monte Carlo. Britney Spears has a show at Planet Hollywood. We’ve moved more towards those big-name performers that are coming and doing short residencies. For instance, The Backstreet Boys are going to be at Planet Hollywood for 18 dates in March. Then you have somebody like George Strait; he’s been playing at the T-Mobile Arena, doing different shows during the year. Mariah Carey is wrapping up her residency at the Colosseum at Caesars Palace and then you have Elton John, Celine Dion, Reba, Brooks & Dunn, Rod Stewart; all these asrtists are returning at some point in time and playing multiple nights.

That’s where the big focus is on the entertainment perspective, that a lot of performers are creating these types of experiences for their fans. If you miss it one day, you can come back the following month to see them again.

What about tour programs?

Groups love Wayne Newton’s Casa de Shenandoah. The great thing is that they’ve built this brand new visitor’s center right across the street from his property, so you’ll come into the visitor’s center, they talk about Wayne Newton and then you get on the bus, go across the street and go experience his property. There is an Arabian horse ranch on property. If you’re lucky, you can actually see Wayne Newton out there working with the horses. That’s one of those different experiences where people go and see inside where these celebrities live and how they live.

The Mob Museum, The National Museum of Organized Crime and Law Enforcement is another one that’s been extremely popular because it’s taking you back through parts of Las Vegas’ history. The museum sits in the old post office and you can see where they held one of the famous Kefauver hearings and learn about organized crime. 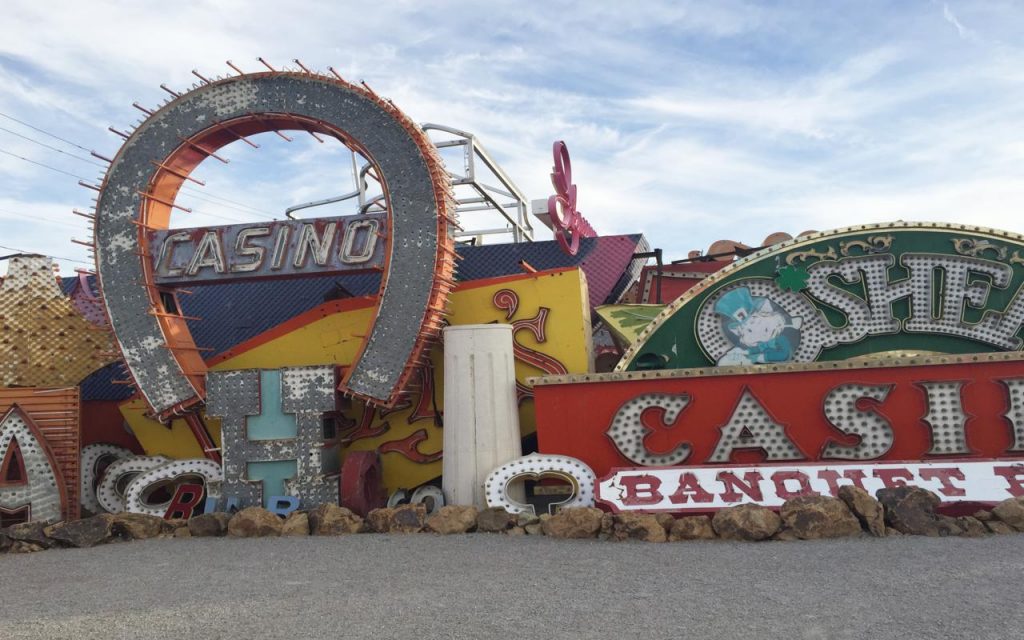 Another thing a lot of people are attracted to is the Neon Museum tour in downtown Las Vegas. It’s an outdoor venue where you’re taken on a tour of the old neon Las Vegas signs. They have a huge collection where they go through the history of the signs and history of the properties where the signs sat. The museum offers both daytime tour and nighttime tours, so there’s two different experiences since a number of the signs have been restored so they can be turned on.

People think they know Vegas whether they’ve been there a hundred times or just saw it on TV. That being said, what is going to surprise someone about today’s Vegas?

Our famous headline is “What Happens Here Stays Here.” This is a place where adults have the freedom of choice to be and do what they can’t at home. You can choose your experiences no matter your demographic and no matter at what age you are. You might come one time and choose outdoor activities, or you might try fabulous restaurants or spas. The nice thing about it is that you can come back within six months, do that same trip all over again and you’ll find that there are new restaurants, a new show and new activities.

Finally, one thing that people don’t understand is for all its glitz and glamour, within a day’s drive you can drive to 13 national parks from Las Vegas. You can get a helicopter tour of the Grand Canyon and it’s only 20 minutes away, or a couple of hours by bus. We have the Valley of Fire, Death Valley, Red Rock Canyon National Conservation Area and more. So you can still have your great dining experience and go see all the world-renowned shows, but that morning you went to the Grand Canyon, hiked or biked in Red Rock.

There are numerous activities outside of the shows and food. It’s outdoors as well, and, as you know, we have great weather year-round!

Stay up-to-date on the latest happenings in Vegas on the CVB’s Travel Professionals page.