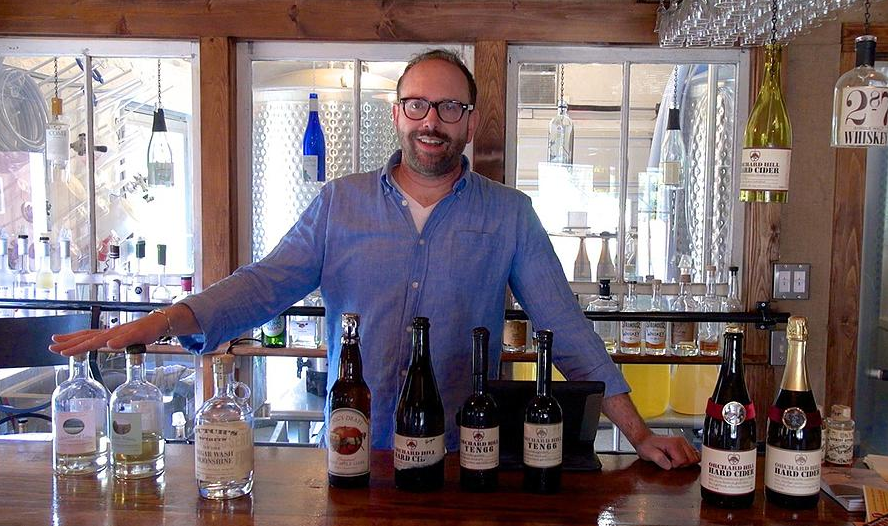 How’d you get started in the tourism business in New York? 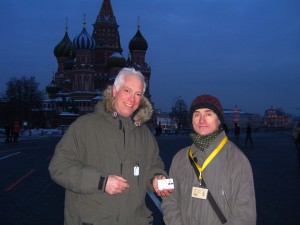 Joe Mauriello: I was born and raised in Greenwich Village, New York City, which is a very large tourism area; it always has been. And there were two pretty girls walking up the street and, I don’t know, I must have been 15 or 16 and I don’t know what took over me but I said “Can I give you girls a tour of the village?” Surprisingly they said yes and I actually took them around the village for a couple of hours – I was very gentlemanly. At the end of the tour, they thanked me very much and that was my entrance into the tourism business.

Later I got into the music business. I was booking musicians for a nightclub called Folk City. That’s where Bob Dylan got started. I was in there one day and a gentleman came in speaking Italian. I don’t speak Italian fluently, but I understand it. I helped him out and after about two minutes, he turned around and said in a heavy accent, “Hey, you want a job with me?” I said, “What kind of job are you talking about?” He said, “I do tours for Italian businessmen coming into New York and maybe you could help me out.”
Turns out, he had these very high-end businessmen, mostly from northern Italy, and we would drive them around the city and give them a view of New York that was not the typical tourism view. We took them to little communities and back then, this was the 1970s, we were taking them to areas that weren’t the best areas to be in to be honest. The thing that they enjoyed the most is we would stop by an Italian deli in Brooklyn—and we would buy a couple of salamis, some cheese, and some bread, and we’d cut it on the hood of the car and standing in the street eating it. Here are these businessmen who are loaded, and they had a great time eating salami off the hood of a car!

So that was your entrance to the tour guide business? 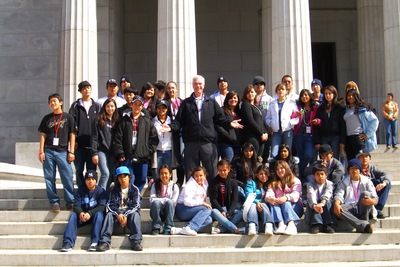 Joe with a group at Grants Tomb

Actually, my first business started when in 1979 I had an idea and what I did was I started a publication called the Official Mapping Guide to Greenwich Village and SoHo. It was a very simple publication, a map of Greenwich Village and 100 of the most important businesses and points of interests. The business was an immediate success. That went on for about 19 years. It was my main source of income. It was very, very successful.

Towards the tail end of this business, one of my clients who was a tour operator said to me, “You know, did you ever think of being a tour guide?” And I kind of shushed him away. I said, “Come on—me, a tour guide? And he came to me and he told it’s very profitable if you’re good. So I started a tour company and between the fact that the economy was good and I had some good contacts after 19 years of publishing a tourism magazine, my business took off. Back in the late ‘90s, I hooked up with a partner and we started providing most of the tours for all of the ships that came into New York City. It was either a four-hour tour or a seven- or eight-hour tour and it was just simple. We raised the industry to a level that within about two years I had about 85 or 90 percent of all of the cruise companies in New York.

What’s unique about your latest endeavor, farm tours outside of NYC?

I have been working on the Black Dirt Tour. Black Dirt is an area of Warwick and Pine Island, New York. This is about 60 miles from New York City as the crow flies, so it’s not far. It’s one of the most fertile farm areas in the world It gets its name from the great glaciers that passed over this area that left all of this very rich, fertile compost. There are some great restaurants up here that use the local products and a growing number of wineries and distilleries.

I thought it would be perfect to put together a farm tours package where you would take people from New York, get them out of the city. In New York City very few people own automobiles, even people who have the money to own an automobile usually don’t. So pick them up in the city, bring them to a farm for breakfast. There is a lady who owns a 3rd generation farm called the Rogowski Farm. And every Saturday and Sunday, she does this tremendous farmhouse breakfast in a huge barn. And it’s just the most amazing thing because the food is all local and it’s well produced. While you’re eating, you’re looking out the big barn doors at the farm. Then I add a winery in to do a wine tasting and then of course in the town of Warwick – on Sundays it’s is one of the largest farmers markets where the local farmers come and sell all their wares. We’re also using smaller coaches that are easier to fill and easier to get in and out of these places.

How are you marketing Black Dirt Tours?

I have a background in video production so I had a friend of mine who was interested in shooting video up here and so he produced a couple of videos, featuring the farms and the processes and the planting and the picking. And I think as most of us know, public relations is much more valuable than advertising. So, we’re working on a press release, but in addition to that, some of the vendors at the farmers market that takes place at Union Square in in New York City are going to be carrying our postcards.

Over your 35 year tourism career, what’s amazed you most about the transformation of New York City?

Well, there’s pros and cons. Things have changed very rapidly. For example, the community I lived in, Greenwich Village, my family was there over 100 years. And I knew all of the people I went to school with. Many of their families were working-class but some of them were local business owners. Those businesses are almost all gone.

There is however a new soul coming in. And in a sense, I kind of like the idea of doing tours for people and explaining “on this spot used to be this and now it’s this.” It’s a constantly growing city. Where we’ll be in a hundred years, I don’t know.

You’ve made a series of pivot moves in your life. What’s your advice to somebody who’s considering a pivot move of their own?

I think there’s a few aspects and it’s different for everyone. If I had to use an overall statement, do something that your heart is into. Because in my life I’ve done things and had jobs that I hated. So do what you like and also do what you know. If you don’t know it, read every article there is on that business and see if it’s for you.

And when you decide to do it, do it with your heart and soul. Because it’s going to show.

Now What? Connect with Joe Mauriello!