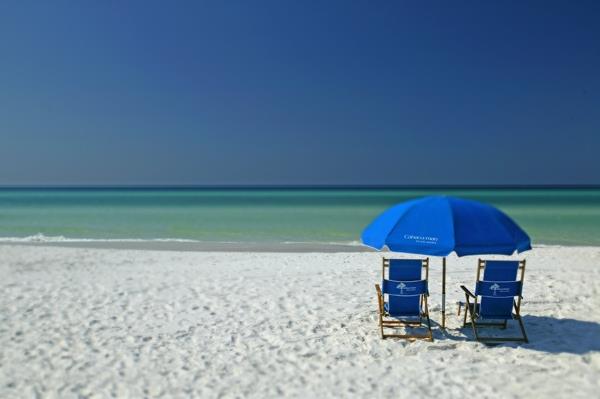 A group of diverse civic, community and business leaders throughout the Gulf Coast have united forces to revitalize the region’s coastal communities and keep them on the road to economic recovery. The new alliance, Gulf Coast Economy: Ready 4 Takeoff, spans across four states – Louisiana, Florida, Alabama and Mississippi – and focuses on job creation and economic development initiatives.

Encouraging the public-private partnership, the group has called on the federal government to leverage its purchasing power to strengthen the market for the Gulf Coast seafood industry. They want to see the KC-45 Real Tanker be built in Alabama and hope steps are taken to fast track revenue sharing from offshore oil and gas development, to ensure immediate funding for coastal restoration programs. And, their message to the traveling public is quite simple: the Gulf Coast is open for business.

“We are not looking for a government handout, but we would like people to come and visit us…spend their money, eat in our restaurants and enjoy our community’s assets – whether it’s hitting one of our beautiful beaches, exploring  historic downtown or visiting the Naval Museum,” said Collier Merrill, chairman of the Pensacola Bay Area Chamber of Commerce.

According to the chamber, nearly four million visitors come to the Pensacola Bay Area each year, having a $1.2-billion impact on the local economy and providing jobs for 18,000 residents.

Having weathered the economic storms brought on by Hurricanes Katrina, Rita and Ike, the Gulf Coast was dealt another heavy blow in April, when the explosion of the Deepwater Horizon spill spewed roughly five million barrels of oil into the Gulf.

“A job today is worth a lot more than a job tomorrow,” said Merrill, who is also a restaurateur with the Great Southern Restaurant Group. “Once the oil hit our water in May, tourism stopped and our service workers have been impacted.”

Ewell Smith, executive director of the Louisiana Seafood Promotion & Marketing Board, agreed the tourism industry has been hit hard by the oil spill. 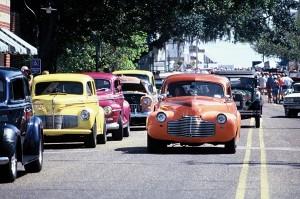 Cruisin’ the Coast is a major fall event on the Mississippi Gulf Coast.

“With so many industries impacted by a very large foreign corporation, it will take the efforts of many of the small American businesses across the Gulf Coast –seafood, tourism and the many other industries affected – to come together to make it through this crisis,”  Smith said.

Collier Merrill said that one of the greatest challenges the tourism industry is facing is public perception.

“Right now we need to change the perception of the Gulf Coast,” Merrill said.  “Our beaches are safe, our seafood is safe, we are here and open for business, so come on visit us.”

Learn more about the tourism industry and the Gulf Coast Economy: Ready 4 Takeoff coalition at www.ready4takeoff.org.