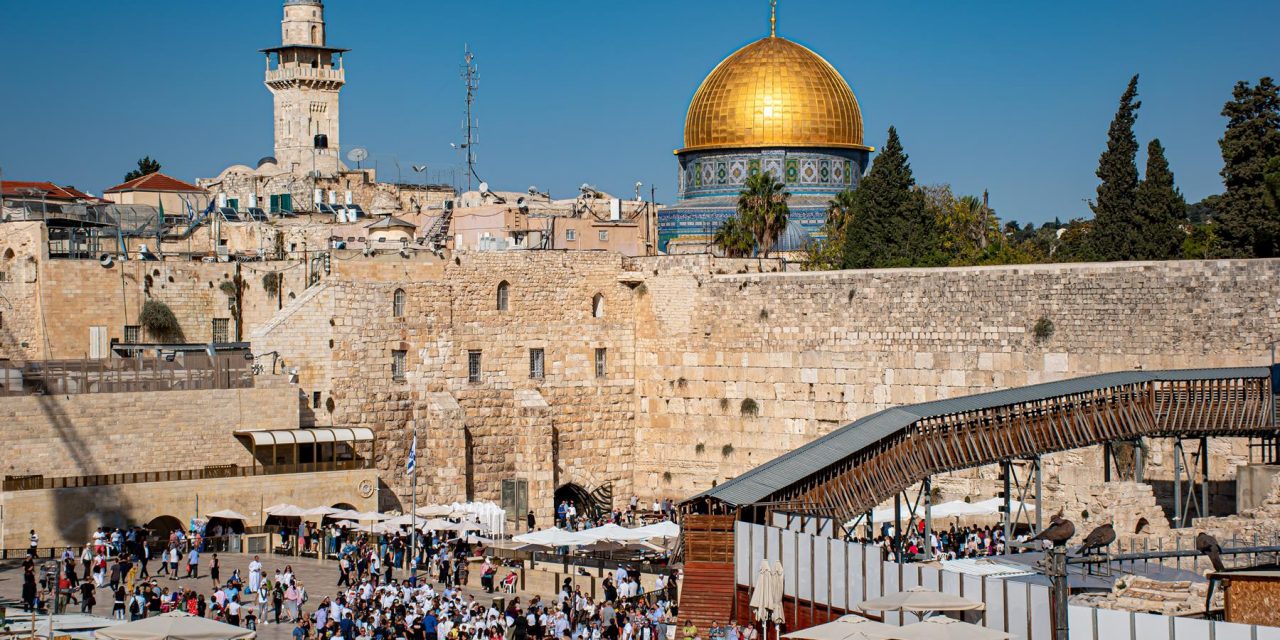 The big travel buzzword these days is “transformation.” It’s hard to search a tour company or destination website without stumbling across this concept. Whether it’s used to describe a once-in-a-lifetime activity or a can’t-miss attraction, transformation is what people are looking for when they travel. Religious trips arguably offer some of the most life-altering adventures, as spiritual enlightenment and discovery lay at the heart of these tours.

What is Transformational Travel?

The idea of transformational travel only emerged in the last couple of years as travelers continued to seek out more meaningful experiences on their trips. Much of the trend has roots in the experiential travel movement, which encouraged people to connect with destinations and people through hands-on, educational experiences. However, the idea of personal improvement and self-growth has many people wanting trips that do more, creating a deeper impact on them internally. Since spirituality, prayer and self-reflection are some of the core concepts of religious travel, tour operators in this field have a head start on transformative travel. In fact, they don’t have to change much—if anything—when it comes to their travel offerings.

How Religious Travel Can Change You

Religion and travel are both inherently cathartic. The combination of the two results in genuine, meaningful experiences that go beyond traditional vacations. Faith-based tours focus on sacred places, practices, and people, allowing travelers the opportunity to explore something otherworldly that could lead to more personal development. Through powerful destinations, cultural immersion and concentrated learning, religious travel opens the door to inner change through outward adventures.

Considered one of the most sacred places in the Christian religion, Vatican City is an independent state located in the heart of Rome in Italy. At the center of the city is St. Peter’s Basilica, built over the tomb of the Apostle Saint Peter, the first of the Roman Pontiffs. Vatican City is also the permanent seat of the Popes. As a result, it has become a major spot for Christian pilgrimages.

While the Vatican is directly linked to religious history, it also played a significant role in the Renaissance and artistic innovation, making it a cultural reference point for non-Christians, too. In fact, millions venture to Vatican City every year to gaze in wonder at the ceiling of the Sistine Chapel. Painted by Michelangelo, the ceiling is filled with intricate frescoes depicting moments of religious importance. The most famous piece is The Last Judgement that covers the altar wall, showing the Second Coming of Christ and the eternal judgement of God.

The immaculate Basilica, the largest religious building in the world, combined with the Vatican Palaces, chapels, and tombs, provides visitors with a powerful place for reflection, prayer, and appreciation.

Located in the Sirat Mountains of Saudi Arabia, Mecca is the holiest Muslim city. The prophet Muhammad, the founder of Islam, was born in Mecca, and it is where Muslims turn five times a day in prayer. Most—if not all—devout and able-bodied Muslims try to make a hajj or pilgrimage to Mecca once in their lives.

While entrance to the city is restricted to Muslims, non-Muslims can stay in nearby Medina, considered among the holiest cities in Islam. This is the location of The Prophet’s Mosque, the burial place of Muhammad, as well as two other prominent mosques. The sanctity of Mecca, and the surrounding regions, opens people to a completely different perspective and way of life.

Arguably the most important site for people of the Jewish faith, the Western Wall, or “Wailing Wall,” draws thousands of people every year. The wall, located in Jerusalem’s Old City, is one of the support walls of the Temple Mount. Every day, visitors gather in from of the wall to pray, either through spoken or written words.

Those who choose to write their prayers place them in the cracks of the walls. The sheer volume of prayers stuffed into the stones sends a transformative message, regardless of religious affiliation. It’s a testament to the power of prayer and how one sacred place can bring together people from all backgrounds to worship as they want.

A quaint town in Eastern Germany, Wittenberg was the site of a major Christian revolution. This is the town where, in 1517, Martin Luther hung his 95 Theses on the door of Castle Church, kick-starting the Protestant Reformation. Luther’s grave lies inside the church where he began the movements centuries ago.

Thousands of religious groups visit the town every year to recognize the importance of Luther’s actions, and what it meant for the great Christian population.

Located in Amritsar, Punjab, the Golden Temple is the holiest gurdwara—or place of gathering and worship—for the Sikhs. Known as Harmandir Sahib, which means “abode of God,” the temple is one of the most important pilgrimage sites of the Sikh religion. It is a place of spiritual reckoning, meditation, and self-reflection.

Over 100,000 people visit the shrine every day to worship within its sacred walls. Entry is open to people of all backgrounds and faiths, reinforcing its original purpose of providing people a safe place to gather and pray in their own way.

Spirituality has always been a part of the Indian culture, which has drawn millions of people there over the years. The beauty of the country is that spirituality here doesn’t necessarily apply to religion. It can also be about awakening the soul through physical or mental practices. Ashrams are some of the most common places people visit to accomplish a feeling of self growth and evolution. Ashrams are spiritual hermitages where people gather and strive towards a specific goal. There are all kinds of Ashrams people can visit and stay at, from yogic to puritan to meditation. These places strive to help people with their self-development goals, whatever they may be, through disciplined courses and practice.