Four of the Best Terrain Parks in Europe for Snowboarders

These European terrain parks are great for snowboarders of all abilities, from beginners right through to the pros.

Snowboarding in Europe offers just as much variety as snowboarding elsewhere in the world but if you’re looking to hone your skills on the big jumps and fun parks, you need to think carefully about where you go. Europe has its fair share of pro-level terrain and alongside this you can find some amazing terrain parks that cater to all abilities.

If you want to try your hand at rails for the first time or if you’re in need of a challenge, there’s something out there for you. Here are five of the best terrain parks in Europe. 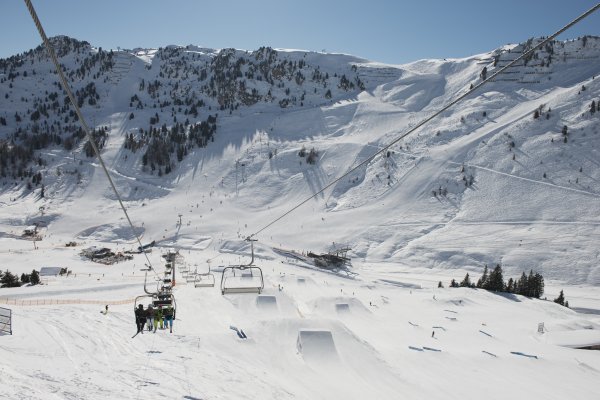 This resort has one of the best freestyle parks in all of Austria and is the choice of many British snowboarders, including a number of pros who have honed their skills at the Burton Terrain Park.

This park has two lines, a pro-line with three huge jumps in a row, where you can get some serious air. Then there’s the medium-line, it’s not as good and you’ll need a lot of speed to make the most of it but it’s a good way to work up to some of the pro-line’s bigger jumps.

Nestled between the two is the fun park where you’ll find rails, boxes and some fun bumpy terrain in a boardercross style. There’s also a completely separate kid’s beginner park, which is great news if you want somewhere to take the family. Kids can learn to board and will soon be doing tricks that will make you proud. 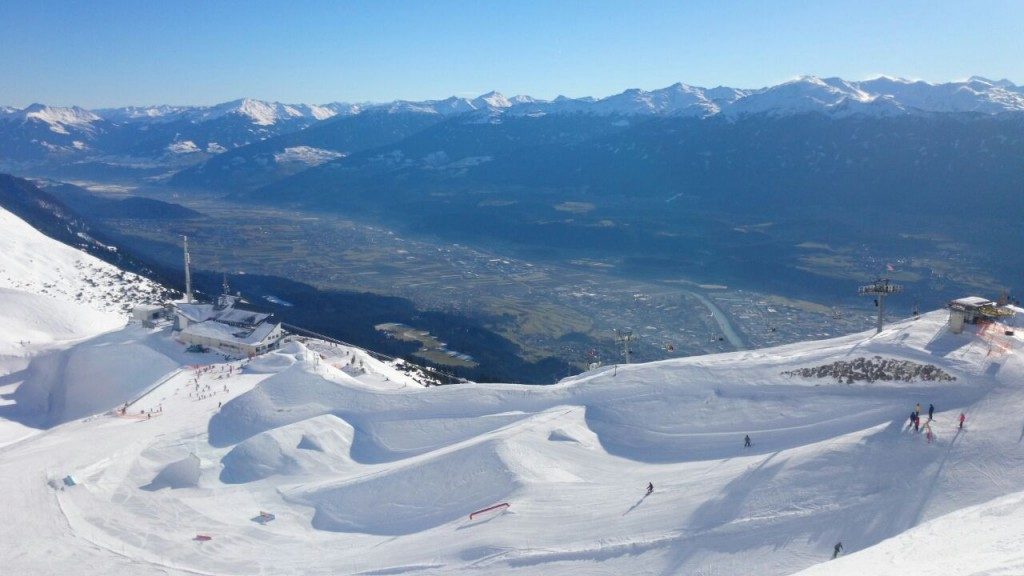 This extreme little resort isn’t the place to go on a family vacation but if you’re after half pipe and some great kickers then it’ll be perfect for you.

The whole resort sits just above Innsbruck and the Nitro Skylinepark can be reached in just 20 minutes from the city. The park features a number of kickers and jumps as well as the usual rails and boxes on which to test your skills. It’s one of a few parks to earn the ‘in-city’ status as it’s so easy to get to from Innsbruck.

The half-pipe is another very good reason to visit Nordpark but experienced boarders could also try the Hafelekarrinne, an advanced run with a 70% gradient. It’s not for the faint-of-heart but it’s a great adrenaline rush. 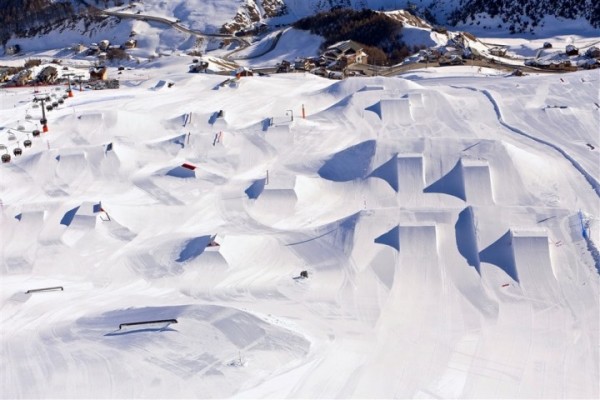 This beautiful resort hosts all sorts of snowboarding events throughout the year so you know you’re getting pro-level terrain.

Snowpark Mottolino was one of the first parks opened for snowboarders in the early 90s when the sport became recognized as a way of life. There’s an XL zone that’s set aside for professional athletes but next to it you’ll find jumps and rails suitable for all abilities. Whether you want to get some practice in on the rails or get some air to pull off big tricks, you won’t be disappointed.

There’s another park here too, the Livingo 3000 has all the jumps, rails and fun boxes you’d expect but there’s also an area for kids, and a bag jump. The boardercross is named Boarder Banzai and it’s full of parabolics, obstacles, large airbags and much more! This truly is a snowboarder’s playground. 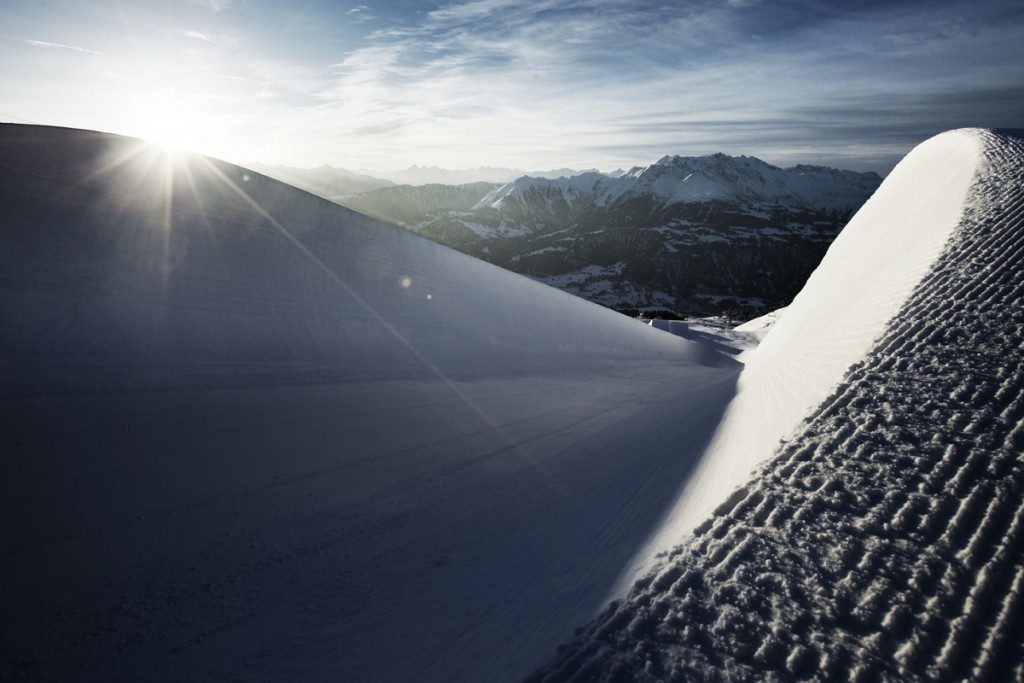 This is the kind of resort that proudly guarantees both snow and sun, not something that can be said for a lot of resorts where flat light is a real problem. The snowparks at Laax are also some of the best in Europe as they’re always being developed and improved.

There’s an Olympic-size pro-kicker line for anyone who wants to get in some big jumps and more than 90 other obstacles of varying sizes and difficulties spread throughout the four snowparks.

It’s the Superpipe that brings a lot of people to Laax, at 200 metres (656 feet) in length, it’s the longest continuous halfpipe in the world!

The four parks at Laax are split by difficulty, there’s a beginner park and a pro-park with everything in between too. This means there’s something for every level of freestyler.

If you time your trip right, you could get to see one of the amazing events that are held at the resort each year, including the Burton European Open and European Freeski Open. Amazing snowboarders and skiers visit from all around the world to show you just what’s possible.

When choosing a terrain park to visit, you need to make sure it’s suitable for the abilities in your group. There’s no point in choosing an extreme park that has nothing for the less experienced boarders, do your research to make sure there’s something for everyone.