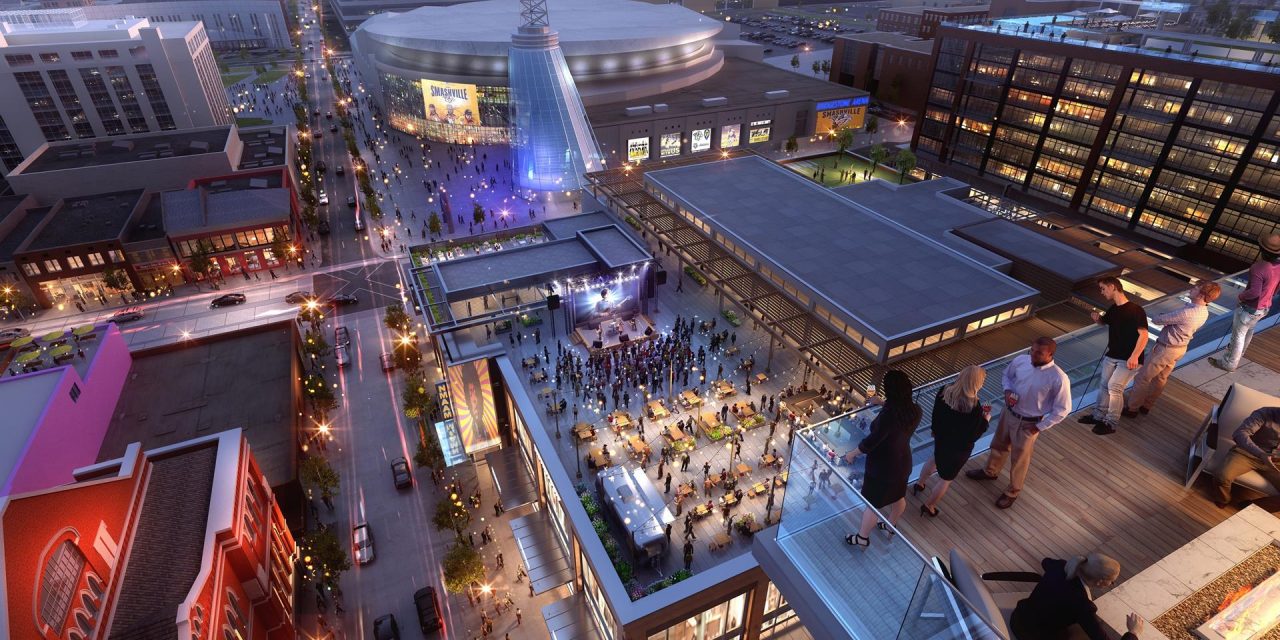 March 4 marks the beginning of the first merchant openings at Fifth + Broadway, one of the largest and most transformational mixed-use developments in Nashville’s history.

Strategically located across from the Ryman Auditorium and Bridgestone Arena, it is at the crossroads of one of the South’s busiest and most iconic hubs. Bringing together a retail, dining, cultural and entertainment venue like few others, Fifth + Broadway will quickly become the new “heart and soul” of downtown Nashville.

A 6.2-acre site that was once home to the city’s Convention Center, Fifth + Broadway seamlessly provides the opportunity to live, work, and play all in one city block location. The residential tower and office tower portion of the project have already opened and are active.

The merchants featured in Fifth + Broadway’s approximately 200,000 square feet of restaurants and retail represent a mix of local legends that have made Music City a world class destination as well as some of the nation’s most exciting brands and eateries coming to downtown Nashville for the first time. Their new home is located alongside the 56,000-square-foot National Museum of African American Music which held its ribbon cutting in January and is now open to the public at Fifth + Broadway.

“Our mission is to provide the visitor market with the opportunity to participate in the favorite activities of the traveler … which includes shopping and dining, but now it will be offered in a unique environment that is authentic to the Nashville music and art scene,” said Carolyn J. Feimster, Travel & Tourism manager for Fifth + Broadway.

“To match and exceed the amazing Nashville culinary scene, a total of 112,000 square feet of space will be devoted to a culinary experience at Fifth + Broadway that will include everything from signature restaurants, downtown diners, rustic farm-to-table bistros, cafes and lounges,” Feimster added.

The 50,000-square-foot Assembly Food Hall will further enhance the culinary appeal as an open eatery with chef-driven outlets to include indoor and outdoor communal tables. This European-style market will include a curated menu of casual dining and takeaway foods from very popular local eateries, as well as a hip coffee bistro and wine bar.

The featured venue will be the Rooftop Dining Terrace and Entertainment Deck which will overlook the historic Ryman Auditorium, Lower Broadway and the Bridgestone Arena which houses professional sporting events and concerts.

“We are excited that this Rooftop Terrace will hold up to 2,000 people, making it the place to see and be seen in Nashville,” said Feimster. In fact, it will be the perfect venue for groups to hold their Welcome Receptions upon their arrival to Nashville.

As a major anchor to the project, the National Museum of African American Music (NMAAM) will be where visitors will discover the many connections and influences that African Americans have had on all types of music. From classical to country to jazz and hip-hop, NMAAM will integrate history and interactive technology to share the untold story of more than 50 music genres and subgenres telling a unique narrative through the lens of black music.