In addition to answers published in the On the Record column in Leisure Group Travel’s February 2011 print issue, below are more reader responses to the question:

What is your all-time favorite factory tour?

This is the second of two installments of responses we didn’t have room for in the magazine.

Beginning with a recommendation from Sandi Jamison of Green River Lines/Hansen Tours, here are some more answers: 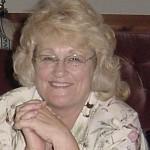 I think factory tours are a great addition to any itinerary. It adds information along with value to the package. We did a mystery trip in October to Rutherford County, Tenn., and went to the Nissan Plant near Murfreesboro. It covers 115 acres under one roof. We were greeted by Nissan reps and shown a movie on the company’s history. We then were loaded onto several different trams to began the tour. We had headsets and could hear the guide without any problems, even in the part of the factory that was a little noisy. The tour took almost an hour and we were shown how the car or truck was made from the cutting of the steel to the finished product. There was a small gift shop, plenty of restrooms and very friendly workers and guides. They gave everyone a Nissan lapel pin. I would add this tour to any itinerary in that area.

So many of the factories in our area have discontinued their tours due to the liability. Guess I can’t blame them, but we’ve had some interesting ones.
The car factory in Fremont, Calif., was really great. They had small electric carts for the group to ride in, which made it nice for seniors. It was a combination of Toyota and General Motors, as I recall. I wish they would open again. Of course, NO goodies.

A couple of other spots that everyone enjoyed were in China. The double- sided embroidery was outstanding and also their jewelry factories, mosaics, etc. The young girls decorating paper umbrellas were super. Many of our people had the girls paint items on their wallets, caps, etc. 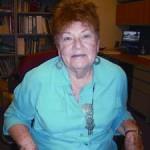 My favorite factory tour is H. Stern Jewelry in Rio de Janeiro. They take you through the process of cutting, polishing, and styling the various semi-precious stones found in Brazil. Of course, afterwards they lead you into the sales room where they try to sell you something. Often they give you a charm bracelet and then during your trip around South America their various sales offices on your route contact you to come in and get your charm from that particular city. I don’t know if they still do this, however. Regardless, the gems are a real bargain in Brazil. They come mostly from the state of Minas Gerais.

The area around the first, directly on Gloucester’s historic harbor, is walking friendly and offers many other attractions as well as fabulous dining, shopping and photographic opportunities. Group dining is very accessible, like a minute away. The second stop is easily accessed in a nearby industrial park a mile away, but has plans to move to the historic waterfront in the near future. The truly exciting part is that latter one is FREE! We love value added attractions, don’t we?!

Our first stop is the Cape Pond Ice House. The tour takes 45 minutes. Small groups (up to 25) work best, though the owner is reworking the venue so he can accommodate a coach full. Cape Pond Ice is entering its 163rd year of providing ice for consumer and commercial use. Sitting directly on Gloucester Harbor, the business continues to service Gloucester’s fishing fleet, filling holds with ice. The fishing vessel Andrea Gail and her crew, lost in the 1991 Perfect Storm, had its last human contact at Cape Pond Ice.

They supply ice in various forms for other commercial and consumer uses such as custom ice sculptures, 300-pound blocks for sculpting and supplying ice machines and bagged ice for consumers. All the ice for sculptures at Boston’s First Night Celebration are from Cape Pond Ice. The reason their ice is sought after worldwide for sculpting: it’s clarity (crystal clear with no bubbles).

The ice house’s owner Scott Memhard and his crew offer an outstanding and totally out of the ordinary tour, one that does not exist anywhere else. The tour begins with a short film about the company’s early years. Guests are then led through the “pond” area, a large inside area where the crystal-clear ice blocks are formed. Next is the actual ice house. It is like stepping back in time. Old oak plank floors glisten with frost; men slide massive ice blocks to their stations with ancient looking tools – very cool! Literally!

For motorcoach groups, Scott arranges for his ice sculptor to do a brief demonstration. Tours are always amazed at the large number of ice sculptures on display and awaiting pick up. It’s not unusual to see a sculpture of a life-size hockey player ready to slap shot next to two swans joined by a massive heart next to the iconic Fisherman’s Memorial “The Man at the Wheel.”

Guests go out onto the dock to see how ice comes out of the icehouse, gets chipped and then gets blown into the holds of ships with a giant hose. Kind of like stopping at the pump for gas, only it’s ice. The freebie takeaway: All the ice a guest can eat! They’ll often hand out 4″ Cape Pond Ice logo stickers as well. There is product to buy on site. The Cape Pond Ice logo is found on T-shirts, hoodies, hats and more. The snowflake “Coolest guys around” logo on a faded T-shirt became iconic due to the character Bugsy wearing one in the film “The Perfect Storm.” They sell tons of their logo wear on site and on-line. Group tour discounts are available. The consumer tour cost is $10 adult, $8 for seniors and children under 12. Children under 7 are free.

After a delicious lunch, maybe a super-fresh lobster roll or a steaming bowl of chowder, we’re off to our second stop: Ryan and Wood Distilleries. The free tour takes 45 minutes to an hour+ and can be done alternately with Cape Pond Ice House. There is a handicapped-accessible entrance to the plant.
Owners Bob and Kathy Ryan and Dave Wood have succeeded very well in their quest to produce superlative small-batch spirits. At present they are producing Knockabout Gin, Beauport Vodka and Folly Cove Rum. All are distilled in a beautiful 600-liter alembic hammered copper still.

The tour begins in the loft above the actual still area with Bob giving an overview, literally, of the history of making spirits and of what you will see below. Once on the production floor guests (with notice) will be given samples of thick and tasty molasses – the same that is fermenting in massive steel “schooner vessels” that bubble and froth and give off the best fragrance. Guests check out the various ingredients that go into the process. Notable are the “aromatics” that go into the gin – top-secret stuff! Bob explains how the gorgeous still works, eventually leading guests into the barrel/bottling/lab room. Here guests learn about the aging process, tasting/testing process and regulating process.

The truly fun part (besides the tasting) is that participants can fill, cap and label their own bottle – and have the owner of the distillery authenticate the process! How fun is that?! I did mention that this tour is free, right?!
Ryan & Wood product is available for purchase, complete with handy totes. It’s especially cool to leave with the bottle you “produced” yourself.