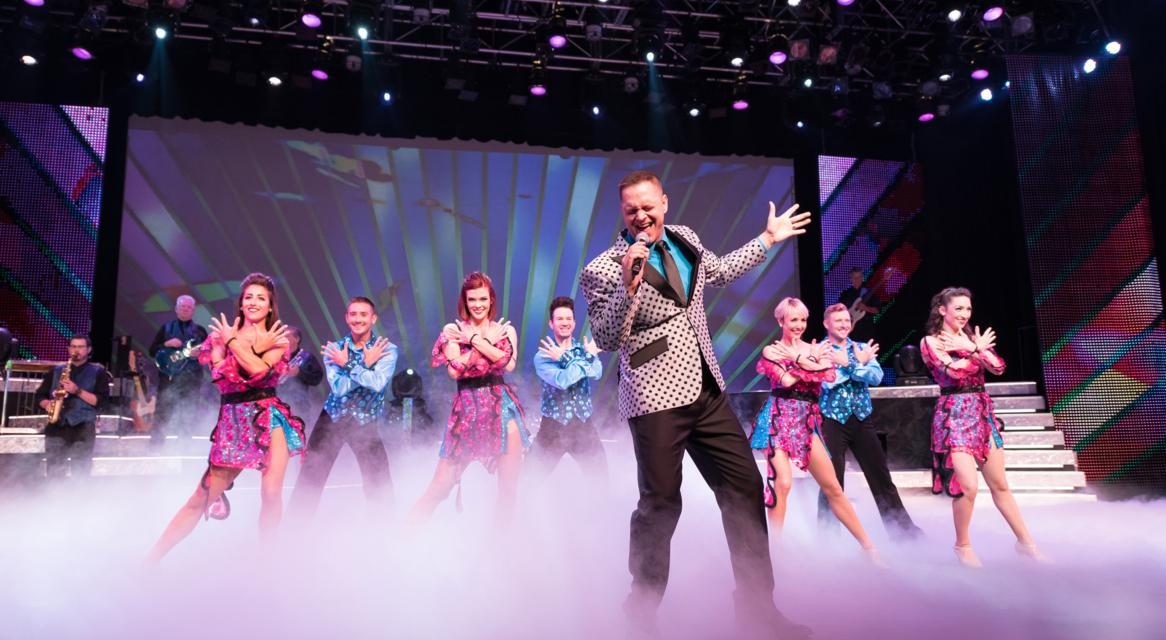 Travel South Showcase is headed to Myrtle Beach February 24-27, 2019. Before it begins, fam tours highlighting the Palmetto State’s history and hospitality will be paired with a special dining and entertainment option upon arriving in Myrtle Beach.

The history and culture of South Carolina is filled with wonderful stories of its people and places. Regardless of the tour you choose, you’ll find each to be group-friendly. Make the difficult choice and when you do, get registered and sign up for the one that works for you.
(industry.travelsouthusa.com/showcase) 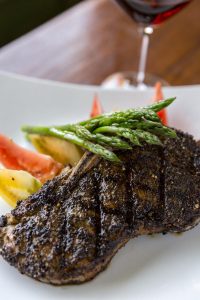 Delegates may choose to dine at Thoroughbreds Chophouse &
Seafood Grille, where the New York strip is a favorite.

Sometimes it’s just better to begin at the end.Travel South delegates returning to Myrtle Beach from either of the South Carolina fam tours will arrive Saturday at 4 p.m. Delegates that evening will have two options for dinner and a theater event.

A family tradition for more than 30 years, The Original Benjamin’s Calabash Seafood has been a favorite of groups visiting the Myrtle Beach Area. Consistently awarded “Best of the Beach” by locals, this Restaurant
Row landmark is a culinary delight and a nautical museum set in 11 diverse dining rooms. The star of the show is the more-than-170-item All You Can Eat Seafood Buffet. There also are a made-to-order pasta station, carving station and an in-house bakery.

The Carolina Opry at the Calvin Gilmore Theater was the first Myrtle Beach theater and the only one to be designated “Most Outstanding Attraction” by the state of South Carolina. Entering its 33rd year, the show features a cast of more than 35 talented performers providing high-energy music, comedy and dance, complete with state-of-the-art lighting, sound and special effects. Elements in the show change every year, but the high level of talent and production values remains the same. This group favorite never disappoints.

Opened in 1988, Thoroughbreds Chophouse & Seafood Grille has always had a commitment to outstanding cuisine and faultless service. The setting says fine dining. Tropical palm trees and colorful hibiscus welcome groups. Notice the beautiful chandelier in the foyer and equine oil paintings by artists throughout the world. The menu lists a wide variety of beef entrees, along with lamb, pork, chicken and fish. For 31 years, Thoroughbreds has been welcoming groups of all sizes.

Alabama Theatre, now in its 26th season, remains in the forefront of East Coast entertainment venues with Gaylord Entertainment continuing to produce the signature shows ONE The Show and The South’s Grandest Christmas Show. Delegates will have an opportunity to experience the new season of ONE The Show and musical fare ranging from country and gospel to Broadway, pop and rock. Talented entertainers, extraordinary costumes and magnificent sets combine with the latest technology and visual effects to create an incredible evening.

NOTE: Delegates who are unable to participate in a pre-Showcase fam tour of South Carolina are invited to arrive a day early for a one-day mini-fam hosted by the Myrtle Beach Area CVB and partners. Enjoy a day at the beach and choose the Dining & Entertainment Option that appeals to you.

Travel South delegates will have a choice of one of two South Carolina fam tours: 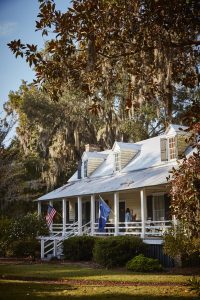 South Carolina’s Lowcountry is a geographical and cultural region along the coast that includes the Sea Islands.That’s exactly where this pre-fam tour begins as you arrive at the resort town of Hilton Head Island. On a Dolphin & Nature Cruise you’ll be treated to Atlantic bottlenose dolphins, egrets, pelicans, and other birds and mammals. Enjoy dinner at one of Hilton Head’s numerous group friendly restaurants.

Day 2 begins with your breakfast favorites at the Omni Resort. Depart for a Gullah Heritage Trail tour. The Gullah people are descendants of West African slaves living on the remote Sea Islands. They worked mostly in the rice fields and remote islands where much of their lifestyle and cultural traditions have remained and are reflected in their spirituality, music, art, food and language.

At Historic Mitchelville Freedom Park, a Harriet Tubman impersonator will greet you. In 1862, near the end of the Civil War, through the efforts of Union General Ormsby Mitchel, this land on Hilton Head where enslaved people once toiled was the first self-governed settlement for freedmen. The Coastal Discovery Museum will be your lunch stop, which includes a sweet grass basket-weaving demonstration. The museum shares the beautiful but fragile environment and the region’s history, culture and art.

The afternoon begins with a tour of the Heyward House Museum & Welcome Center in historic Bluffton. A tour of Rose Hill Mansion, known as the most beautiful plantation house in the Lowcountry, is next. Period furniture is highlighted along with original memorabilia. Then enjoy a guided walking tour of Old Town Bluffton. Leave with a feeling for this “last true coastal village in the South.” 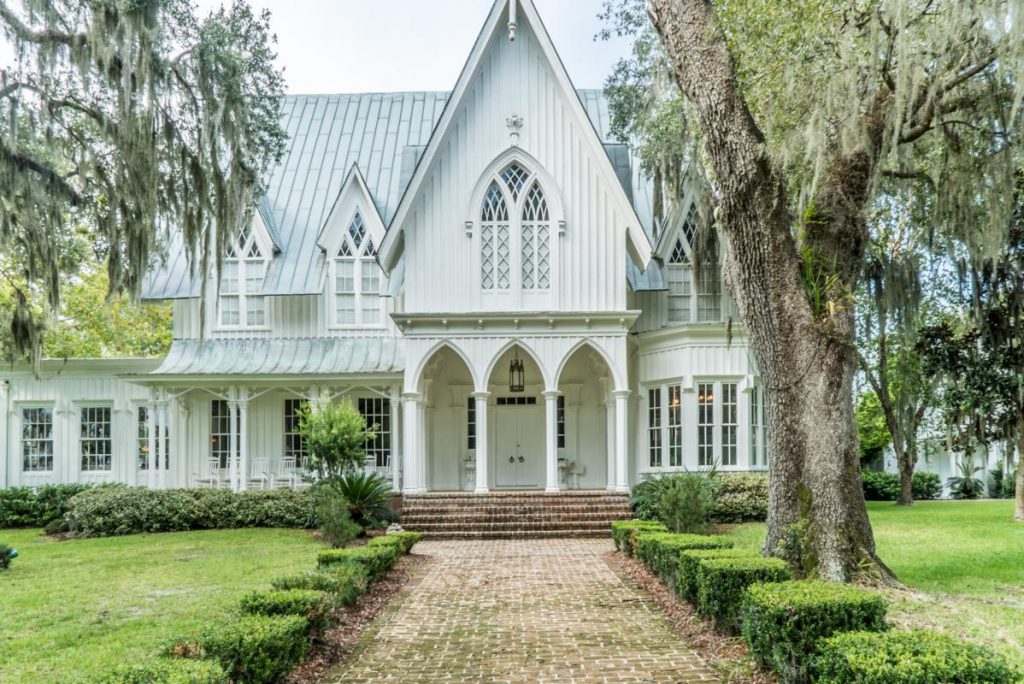 Arrive in Beaufort and check in and relax at your hotel before a marvelous dinner at one of Beaufort’s locally sourced restaurants.

Wake up to Day 3 knowing you’re in “The South’s Best Small Town 2017,” as voted by the readers of Southern Living. There’s no shortage of fun things to rdo in Beaufort. Founded in 1862, Penn Center was the first academic school for freed slaves and today is a significant African-American historical and cultural institution. A Beaufort Walking Tour with a guide in period costume shares the trials and tribulations of this historic city. Also discover famous movie sites – downtown has more than 16. Save time for shopping
in downtown Beaufort, where temptations include sweetgrass baskets.

Depart Beaufort for Myrtle Beach and your Dining & Entertainment option.

Satisfy your Thirst for History & Hospitality

Depart the Myrtle Beach Convention Center for a late lunch at Wholly Smokin’ BBQ in Florence. Bring your appetite for BBQ, ribs and much more. A popular stop on the South Carolina BBQ Trail, the restaurant is an important part of the revitalization of downtown Florence. Local Motive Brewing Company is also part of the re-energized downtown and will share a flights tasting with delegates.

It’s on to Camden, home of the National Steeplechase Racing Museum. A step-on guide joins delegates at Historic Boykin, a 19th century agricultural community with a restored working gristmill and outbuildings. At the broom shop watch as brooms are made on 100-year-old equipment. Before departing for Columbia, finish your Camden/Boykin stay with a visit to Gorget Distilling Company, a craft distiller of rum, vodka, whiskey and bourbon that believes in utilizing local products. Depart for Columbia and Capital City Lake Murray Country for dinner and a sampling of the area’s history. Locally grown ingredients and distinct spirits are on tap for the evening. 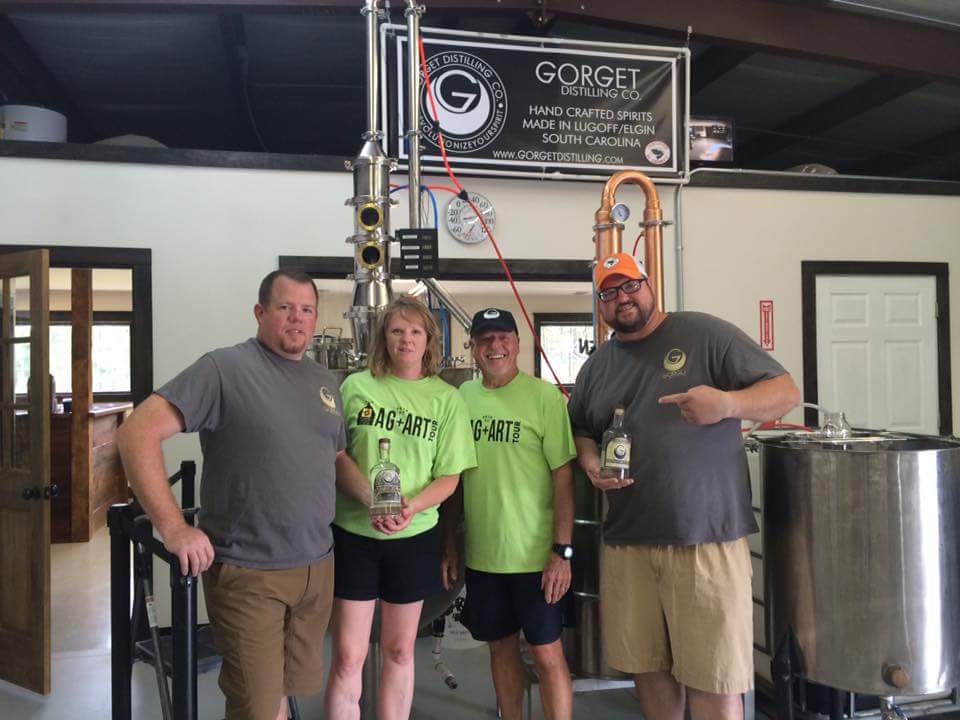 Overnight in Columbia and depart for Charleston. Lunch will be served at the Charleston Tea Plantation. Located on historic Wadmalaw Island, the tea plantation is a living piece of American history and a true working farm. Enjoy a box lunch and a tour of the factory. Next, delegates will tour Magnolia Plantation and Gardens, the oldest public gardens in America, which opened its doors in 1870. For dinner, enjoy true waterfront dining on a SpiritLine Cruises Dinner Cruise. While your four-course meal is prepared and served onboard, you’ll cruise through beautiful Charleston Harbor, Fort Sumter and along the Battery. You’ll overnight in Charleston.

Day 3 begins with breakfast at your hotel followed by a day filled with history. H.L. Hunley was a Confederate States of America submarine that played a part in Charleston’s history. Launched in 1863 and lost in 1864, the Hunley was raised in 2000. It is now a major attraction and learning center with interactive exhibits. From the Civil War it’s on to WWII and Patriots Point, home of the aircraft carrier USS Yorktown, a destroyer and submarine. Along with depicting the tasks of the men who served in WWII and
Vietnam, the USS Yorktown houses “Walking in the Steps of Heroes,” a tribute to Medal of Honor recipients and their stories. After lunch, depart for Hopsewee Plantation. Built in 1735 near Georgetown, it was the birthplace of Thomas Lynch Jr., a signer of the Declaration of Independence. The Lowcountry rice plantation is in an area that once supplied 25 percent of the world’s rice.

Depart for Myrtle Beach and your Dining & Entertainment option.