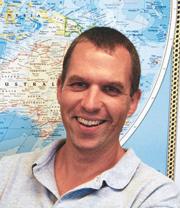 It was Walt Disney who famously said, “Get a good idea, and stay with it. Dog it, and work at it until it’s done, and done right.” I thought about this over and over again while visiting the Magic Kingdom recently.

As grand as Walt’s vision, I don’t think even he could have imagined an enterprise like Walt Disney World. They had a good idea with Disneyland but realized their mistake – not enough land for expansion. Driving into the 42-square-mile WDW complex in Central Florida, they rectified this problem. They stayed at it by launching a succession of theme parks, water parks, hotels & resorts, a major sports complex, and dining and entertainment venues. And most importantly, they did it right. Walt understood early on was that he was in the dream business, and nothing is more apparent than that as you walk down Main Street USA.