Days of Blue and Gray

In spring 1861 our nation and its territories entered a four-year conflict that would become the bloodiest war in our history. Regardless of your views on the causes of the Civil War—slavery, states’ rights or a combination of both—it remains our country’s darkest moment. 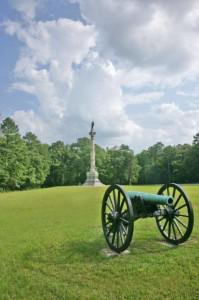 The American Civil War took its toll on the lives of our citizens, destroying families and often pitching brother against brother. Approximately 620,000, or 13 percent of the nation’s men, perished in battle or from disease. Countless others were disabled and eventually died from their wounds. The cost of the Civil War in terms of human life exceeds the total of the Revolutionary War, War of 1812, Mexican American War, Spanish American War, World War One, World War Two, Korean War and Vietnam War.

This year our nation will examine the 150th anniversary of this tragic event’s beginning and continue the observance for four more years. Virtually every state and American territory were involved in the Civil War. However, with a few notable exceptions (Gettysburg and Antietam), most of the battles were fought on Confederate soil.