Continental Croatia: The Next Hotspot? 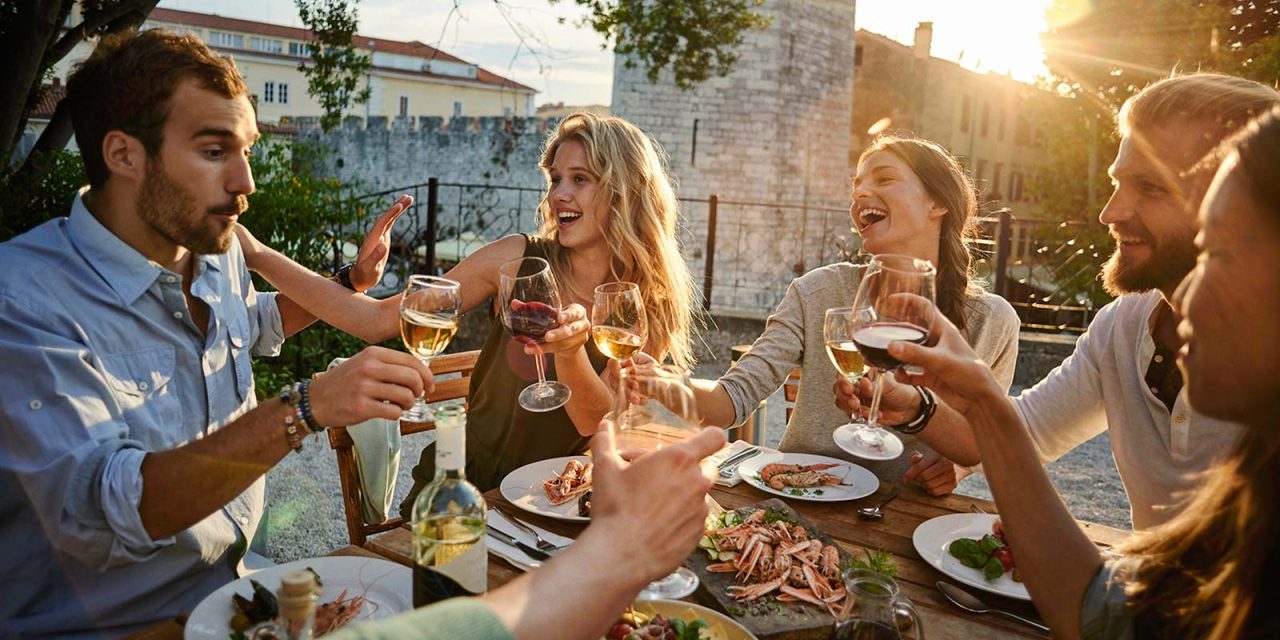 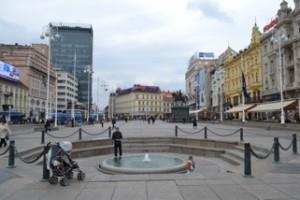 Croatia has been a hot destination for several years now, especially the Dalmatian coast along the Adriatic Sea. The 1,100 miles of coastline is magical.

But there’s more to Croatia than the coast, and the word is starting to filter down that continental Croatia also has a lot to offer.

A land of beauty, with limestone mountains, marshes and woodlands, Croatia remains relatively unspoiled. Few tourists venture into this part of the country, yet now is the time to discover it before the word gets out.

Croatia, the country that invented the cravat, forerunner of the modern necktie and bow tie, is past the four-year Bosnian War that affected this land. Traces of the war are falling away little by little, and time will heal that.

Today, Croatia focuses on setting a good meal before visitors, offering delicious white wines such as Grasevina, and being hospitable so you’ll return.

With just more than 21,000 square miles in this West Virginia-sized country, in a week’s time you can travel from border to border and still see a lot of continental Croatia. I traveled from Zagreb to Slavonia Brod and Osijek, and then back across the country to beautiful Varazdin in six days. I can say I got to know the people and the interior as well as if I’d traveled from one side of West Virginia to the other.

The language may be a barrier for individual travelers (they say the Croatian language is impenetrable with so many consonants), but in a guided group, you’ll be shown the best the country has to offer, and I think you’ll like it. Croatian children learn English in school. 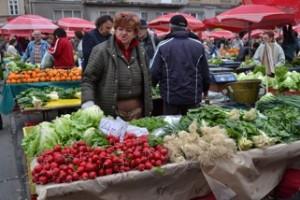 Most groups will start in Zagreb, the capital, just about an hour’s flight time from Frankfurt. From the air you’ll note that Croatia’s interior has numerous mountain ranges, but a lot of the flat land is rich black dirt, ideal for growing fruits and vegetables, including grapes for wine. Many residents are farmers, and part of their income depends on selling the fruits of their labor in town markets. Fresh fish arrives daily in the Dolac Market in Zagreb, caught early that morning by fishermen on the coast. Fish (pike, carp, trout) is a staple in the continental Croatian diet.

The Dolac Market, begun in 1930, is a must-see, and tour groups admire the bright red tomatoes, colorful flowers, and products made from honey and creamy goat cheese.

Zagreb, referred to as Little Vienna, is laid out in neighborhoods, but if you are there a day or two, Upper Town and Lower Town will be where you’ll likely spend most of your time. In this area you’ll see the Green Horseshoe, a series of parks designed by Milan Lenuci in the 1880s; Ban Jelacic Square, the central focus of modern Zagreb where everyone meets or catches a tram; and the Cathedral, with its twin spires soaring into the sky. This church, the Cathedral of the Assumption of the Blessed Virgin Mary, is a defining symbol of the city. Be sure to see the impressive Renaissance walls that surround the Cathedral on three sides, said to be the best-preserved defensive walls in Europe.

The Stone Gate (Kamenita vrata), one of four defensive city towers, where you enter the Upper Town, is a small chapel under the arch dedicated to the Virgin Mary. Residents stop, say a prayer and light a candle. Locals say the Stone Gate is a place of miracles. The Virgin Mary is the patron saint of Zagreb. 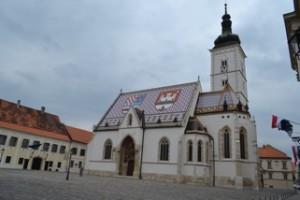 On Stone Street you’ll see the oldest pharmacy in Zagreb, founded in 1355. Picturesque St. Mark’s Church at the center of the Upper Town is a three-aisled Romanesque church that retains much of its original shape. Its colorful roof tiles are decorated with the coat of arms of Croatia, Dalmatia and Slavonia, as well as Zagreb. Next to it is the building that houses the Croatian Parliament.

Groups will find a number of well-placed hotels close to the city center. The train station (Glavni Kolodvor), where the Orient Express used to stop on its way to Istanbul and where part of the James Bond movie From Russia With Love was filmed in 1963, is just a few blocks from the city center in Lower Town.

There are a number of worthwhile museums and gardens to investigate while in the capital city. The Mimara Museum at Roosevelt Trg has an impressive collection of canvases by Old Masters such as Raphael, Rembrandt and Ruben, plus more modern paintings by Manet and Renoir. The collections also include Egyptian glassware, Chinese porcelain and Persian carpets.

The Technical Museum offers 30-minute guided tours of engines and turbines and at 3:30 p.m. demonstrations are given in an area arranged to replicate an early 20th century scientist’s laboratory. In the Ethnographic Museum, at Mazuranicev Trg, Croatian tradition folk costumes are exhibited.

The Botanical Gardens, founded in 1889, began as research grounds for botany instruction at Zagreb University. Two ponds and an arboretum are featured as well.

A number of other museums are also worthwhile, as are various sections of the city. The 216-foot-long Uspinjaca funicular, once steam-powered, may be the shortest funicular in the world. Built in 1893, it preceded horse-drawn trams by a whole year.

You’ll want to try the city’s foods, which are well-seasoned (think paprika), plentiful and reasonably-priced. I had schnitzel, spaetzle and vegetables (cooked the way I like it), and a Pan Pilsner beer, all for around $10.

FURTHER INTO THE INTERIOR 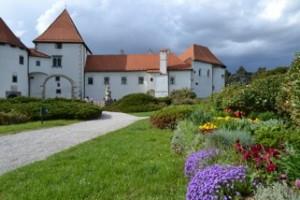 Further into the interior, Slavonia Brod, located on the River Sara, which forms a natural border with Bosnia, is a good jumping-off point for attractions such as wineries, including Belje, Kutjevo and Ilocki Podrumi, that produce excellent wines. Too, Croatia’s marshes and forests are attractive destinations for hikers, nature walks and photography. A large variety of bird species is found in the forests.

Osijek, founded by the Romans as a fortified military camp, features Tvrda, an 18th century quarter originally built as a military barracks. A long promenade runs alongside the south bank of the River Drava, and residents often take a morning stroll along this peaceful walkway.

At Kopacki Rit Nature Park, group tours are available by appointment, and here you’ll see many species of birds and small animals in the wild. It’s said to be one of the largest and most beautiful wetlands in Europe. For an excellent meal, stop in at the restaurant Kormoran, located in the park. Some foods are prepared in a large black caldron over an open wood fire and served at your table. You won’t go away hungry.

If you’d like to be one of the travel earlybirds to a new destination, a trip to continental Croatia will produce a wealth of memories, good meals and friendships along the way. What else could you ask for when traveling to a foreign country?

For more information, go to https://croatia.hr/en-GB
Photos by Don Heimburger